Kim Hunter played a key role in molding "A Streetcar Named Desire" into a more heterosexual drama than its author intended. 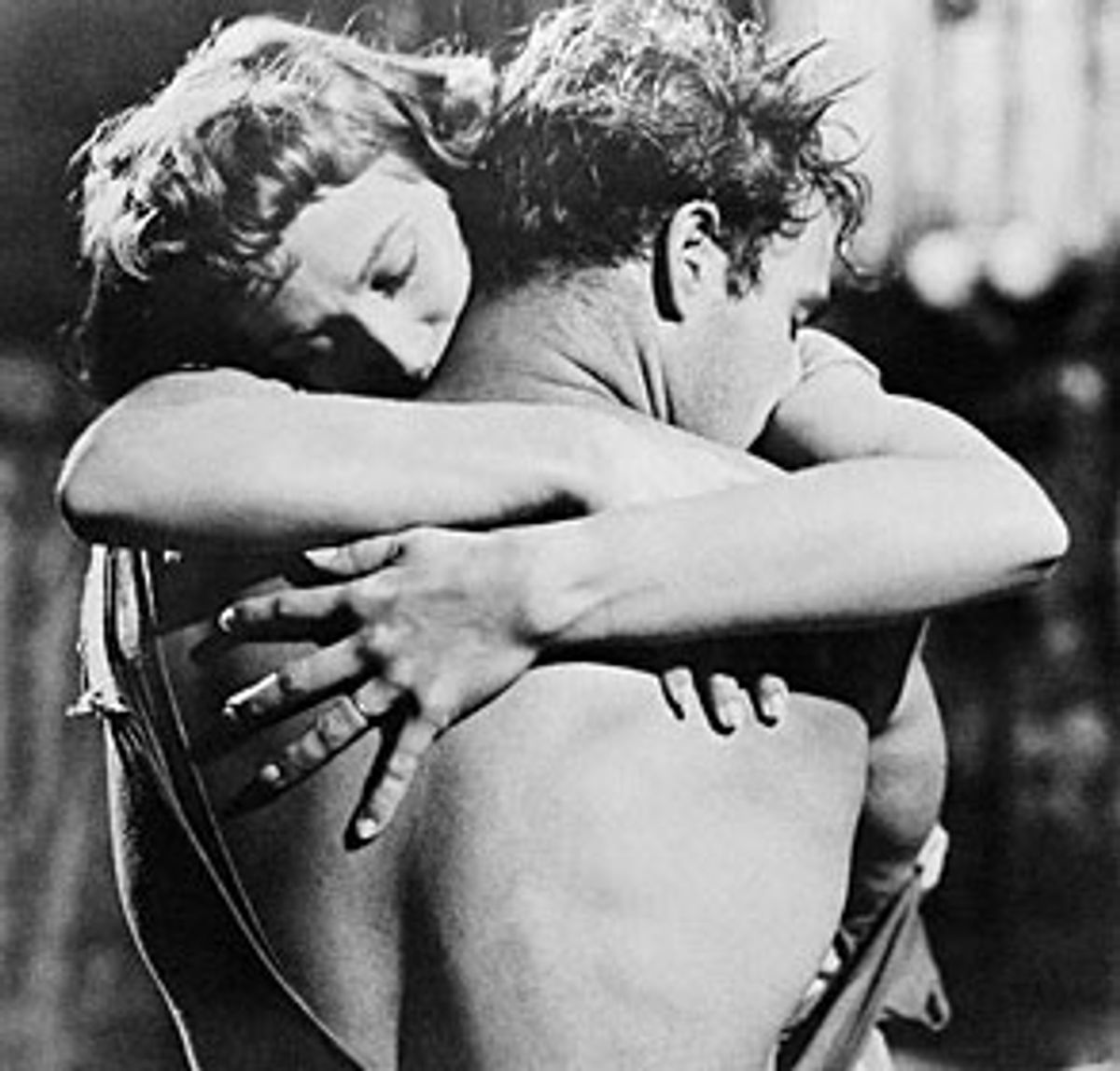 The actress Kim Hunter died last week, at the age of 79. She had an unsettled career, intruded on by the blacklist, her steady attachment to New York and the theater (she lived for years in an apartment above the Cherry Lane Theater), and by her unwillingness to be merely glamorous or available. But she made several odd films, and she is memorable in all of them: "A Matter of Life and Death," "The Seventh Victim," "Lilith." And yes, she was in all the early "Planet of the Apes" films. But the obituaries used just one role -- her Stella, next to Brando's Stanley, in "A Streetcar Named Desire." Yet they didn't spell out how crucial she was to that extraordinary 1947 opening.

To understand that story, you have to get a grasp on the relationship that existed between the playwright, Tennessee Williams, and his director, Elia Kazan -- before either of them was anywhere near as famous as "Streetcar" would make them. Williams was shy, stricken, poetic, not terribly ambitious, not a very effective career-maker, who had fashioned a play that explored American sexuality more deeply than he perhaps understood. He was also as openly gay as the 1940s permitted. In so many ways, Kazan was his exact opposite: brutally candid, murderously ambitious, aggressive and manipulative, and very heterosexual. And Kazan was a new kind of director in that he felt a passionate need to express himself in his productions -- the plays he directed had to be ones in which he found himself.

Kazan had brilliant, pointed instincts. He read "Streetcar" and felt a great deal of what was going on, including the way in which Williams had written a kind of homosexual fantasy in which gentleness and refinement (Blanche DuBois) are raped by male energy (Stanley Kowalski). To put it crudely, Kazan intuited the ways in which Williams was getting off on his own play. So he looked for ways in which his own drive might be released.

Williams had written a play in which the invalid Blanche was far and away the central figure, a character on the way to the madhouse because of the passions she is trying to contain and deny beneath a mannered, ladylike exterior. Kazan never altered or eliminated that, but he offered an alternative: of Stanley and Stella as a vital young couple who feel invaded by Stella's fusspot sister. After all, Blanche descends on them for most of a hot New Orleans summer in what is a tiny apartment; she tries to manipulate Stella and she condescends to Stanley. She gets her comeuppance and she cannot break the raw, primal, sexual bond (the legitimate heterosexual bond) that unites Stanley and Stella, and which has made them pregnant. The astonishing impact of the play in 1947 stems from that unspoken conflict in attitudes between the writer and the director.

Read the play and you will discover that, in terms of lines, the role of Blanche is about six times larger than that of Stanley. In subsequent decades, as the play has been revived, so the role of Blanche has carried the production. The play is now accepted as an attractive vehicle for actresses from Ann-Margret to Claire Bloom to Jessica Lange. Yet in the original production, Kazan neglected his Blanche (Jessica Tandy). There were discreet complaints from Ms. Tandy and her husband, Hume Cronyn. But Kazan had taken the startling step of telling the whole cast that the pulse of the play would come from Marlon Brando's Stanley.

You can argue that was further proof of Kazan's insight. He had seen the young Brando on the rise in New York, he angled for him to get the role of Stanley and he surely foresaw the coming sexual sensation. But none of those things should obscure the way Elia Kazan wanted a drama with which he could identify. He wanted Stanley as the new, ugly American, the crude Polack shocking polite society, breaking down the walls, asserting himself in terms of lust and desire. For that is how Kazan -- darkly ugly, a self-conscious outsider, born in Constantinople -- regarded himself in American society.

So he nursed and protected Brando. He was patient as the mumbling young actor struggled to find Stanley. He helped find the right tight jeans for him to wear. He urged a new stress and need into the play (without ever tampering with the text or alarming its author). And he had a love affair with Kim Hunter, Stanley's Stella. Why not? Such things are very common in theatrical productions, and Kazan was by then notorious as a womanizer. It's not the reason why Kim Hunter got the role of Stella, or even why she was so good in it. But as Williams' play ends, Stella yields to Stanley, no matter that he has been instrumental in the destruction of her sister and in the trampling on old DuBois values. Sensuality carries her down the stairs to Stanley's sweaty embrace. We know the scene and his cry. But only a few recognized how far Elia Kazan had found a story about himself within the rich, ambiguous play of "Streetcar."