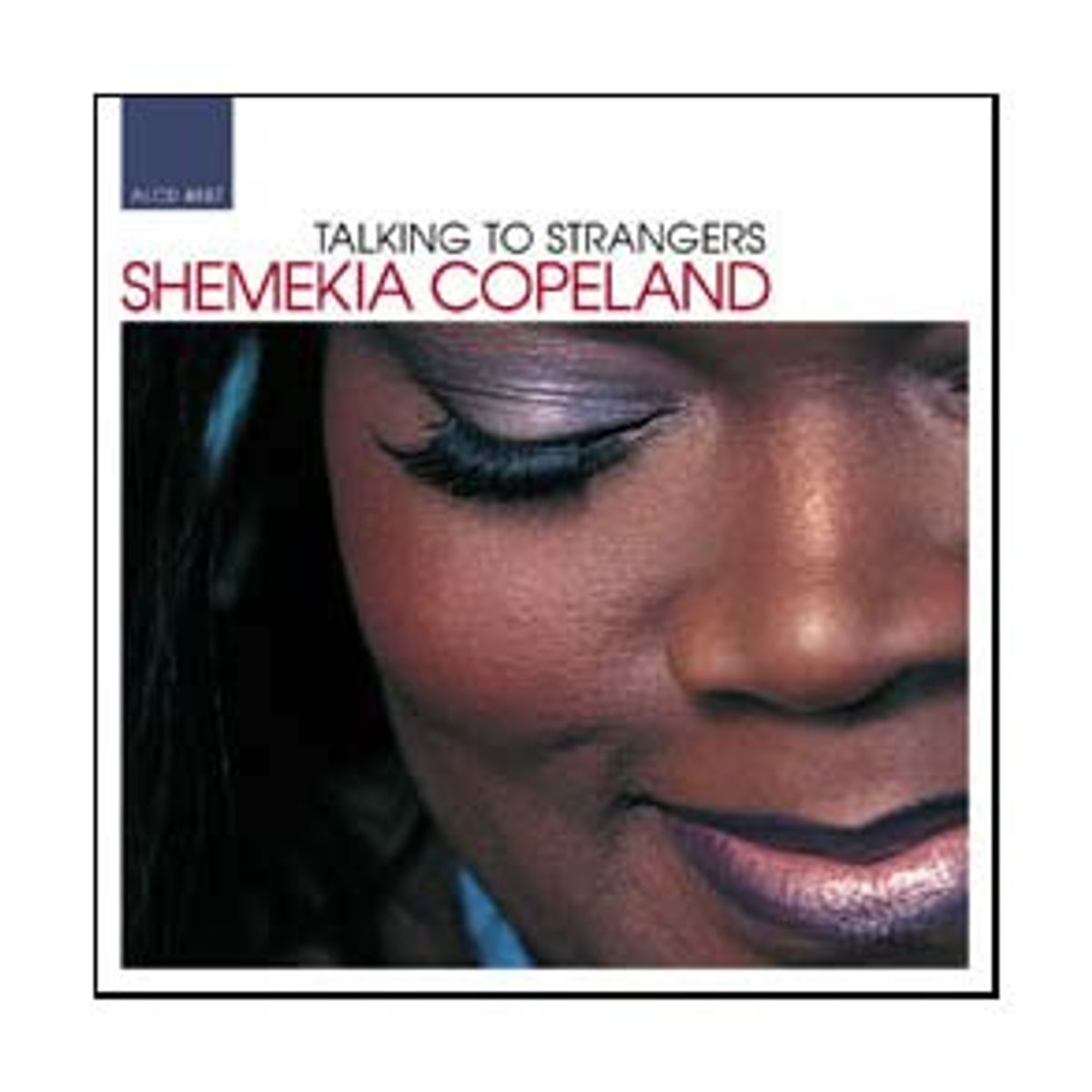 Shemekia Copeland
"Talking to Strangers"
Out now on Alligator Records

Harlem can toughen up a girl, and Shemekia Copeland needs that strength if she's going to carry the blues on her back. The 23-year-old Harlem native's powerful voice - her mature alto recalling those of Aretha Franklin and Ruth Brown -- had been heard for years on the blues circuit thanks to her father, the late Texas blues guitar legend Johnny Copeland. He had her at the microphone of the Cotton Club when she was 8. No pressure, kid.

With "Talking to Strangers," Copeland doesn't disappoint, sounding much wiser than her years. Producer and blues piano legend Mac "Dr. John" Rebennack leads the adventurous singer into rock-ier territory here than on her first two discs, 1998's "Heat" and 2000's "Wicked." The good doctor also lends his hands to the piano and organ and wrote or co-wrote seven of the album's 15 songs. While Copeland was no slouch on her first two albums, "Strangers" tops them on consistency. Every tune is a treat.

Copeland's energy is at full power on the album's first cut and single, "Livin' on Love," and her comic timing is evident with "Two's a Crowd." She also does the best version of Rebennack's "When This Battle Is Over," since Delaney & Bonnie charged through the tune in 1969. The album is filled with sneaky bass lines, and the stereo's volume nob can't stay low for funked-out songs like "Sholanda's," even if it is about getting your hair done. By the time she tells you to "set yourself free" in "Walk On," you're already long gone.