The bigotry of Belafonte 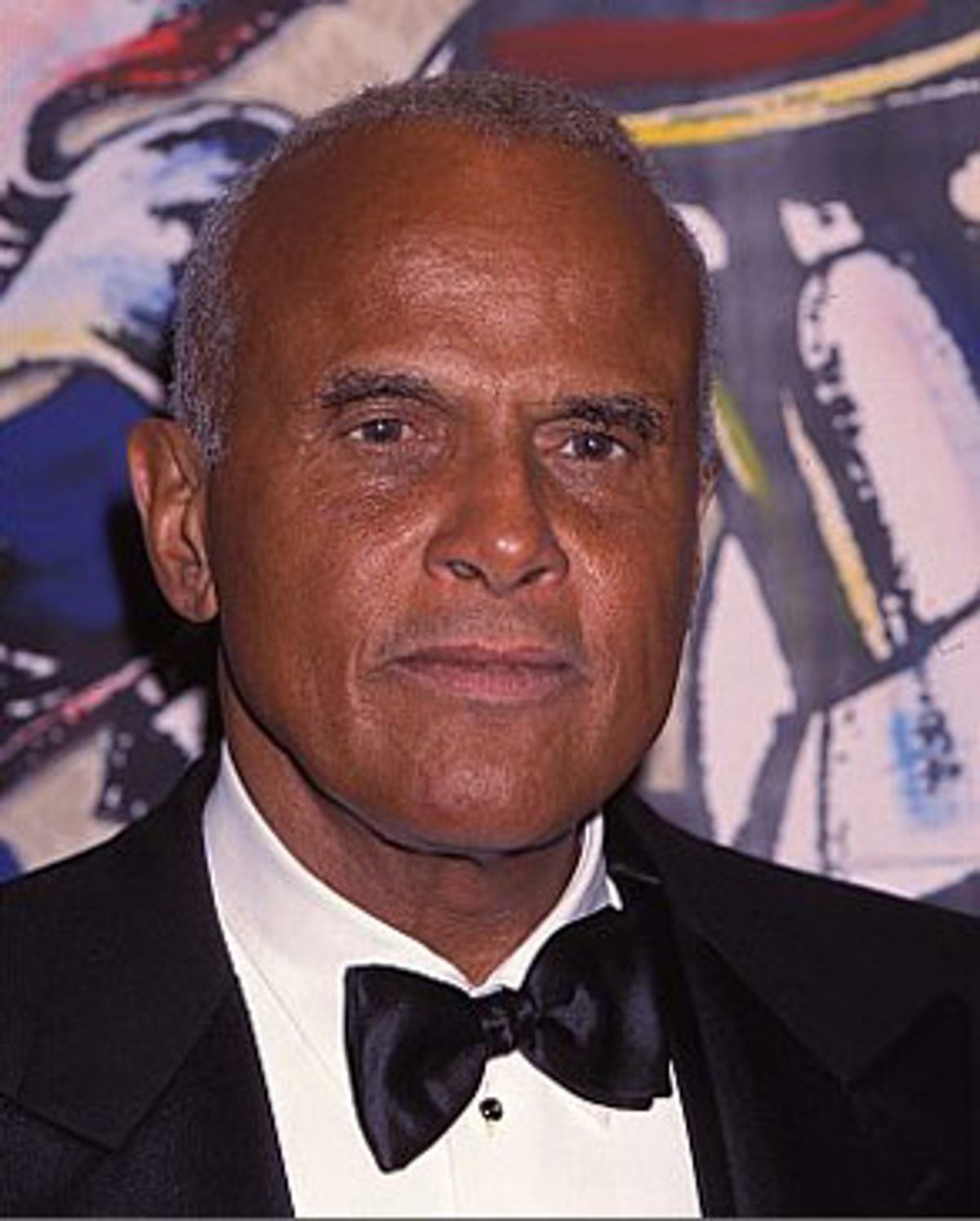 There are, I think, two kinds of racial smears. There's the old-fashioned n-word bigotry, the kind that still sadly exists in many places, the kind that hovers in far milder forms in the psyches of many of us. Yes, you too, dear Salon reader. And then there's the second kind of smear, the notion that someone who has a different politics than many others of his or her race is somehow a traitor, a self-hater, an Uncle Tom.

Both, it seems to me, are functions of bigotry. Why? Because the essence of bigotry is to reduce the complex, varied, human individuality of a human being into a racial cipher. It is to smelt the irreducible complexity of a person into a racial caricature. It is to deny individuality; it is to give someone no space to think for him or herself, to free to be a person, and not a mere member of the group.

To me, this freedom is an irreducible core of what liberalism should be. It is about a person's right to think for herself with dignity and respect. It doesn't mean that you can't disagree vehemently with such a person, subject her views to withering scrutiny, rhetorical barbs or logical dissection. What it does mean is that you do not play the race card or any other card when engaging that person's views. And one of the key signs that much of today's left is actually, demonstrably illiberal, intolerant and reactionary, is the way in which this is now a common feature of leftist discourse.

When a black public person like Harry Belafonte calls another African-American a slave to white masters, you see what I mean. When defenders of feminism call someone who files a sexual harassment lawsuit "trailer-trash," you get the picture. When a gay man can write a column asserting that another man is a "nasty faggot," it's hard to think of how much lower the discourse can get. When liberals denigrate the president as a "boy" or as a "sissy," to quote Maureen Dowd, homophobia doesn't lurk far behind.

I remember a brief interaction I had with one Barbra Streisand long, long ago when the Paula Jones suit had just been filed. I asked Ms. Streisand what she thought of the suit. "Oh, she's just a little kurva," she replied, referring to Jones. That's a yiddish expression for "whore." Charming.

Again, the simple test here is the following: If a conservative had used these expressions, would it have been denounced by liberals? The answer, obviously, is yes. Imagine if George Will had called Colin Powell a "house slave." Imagine if Pat Buchanan had called Barney Frank a "nasty faggot." Imagine if Trent Lott had called Hillary Clinton a whore. Do you think they'd be invited on "Larry King Live" to further elaborate on their comments?

Very, very few liberals call such expressions what they are any more: bigotry. Left-wing homophobia is now having a resurgence -- in Democratic ad campaigns and political discourse. Left-wing racism is now so common it scarcely bears mentioning. "Stupid White Men," anyone? Left-wing misogyny directed at women who dare to differ from certain political positions is endemic. Left-wing anti-Semitism can be found on campuses across the country. At anti-war rallies, copies of the "Protocols of the Elders of Zion" are openly sold. All these unsightly trends exist on the right as well, of course. But who on the right has said anything recently as offensive on racial matters as Belafonte, in his remarks about Colin Powell?

Here's what Belafonte said: "In the days of slavery, there were those slaves who lived on the plantation and there were those slaves that lived in the house. You got the privilege of living in the house if you served the master." He added: "Colin Powell's permitted to come into the house of the master. When Colin Powell dares to suggest something other than what the master wants to hear, he will be turned back out to pasture."

This is nothing compared to the racist expletives directed at someone like Supreme Court Justice Clarence Thomas. But this attempt to reduce Colin Powell, an accomplished soldier and respected diplomat who wields more influence than any African-American in history, to a crude caricature of a racial stereotype should be called what it is. It's racism. And what does Belafonte get from peddling in such bigotry? He gets an evening devoted to lionizing him Thursday night by a group that considers itself progressive: the Africare annual dinner. As an extra twist, this demagogue has the power to demand that Condi Rice, the most powerful African-American woman in the history of American government, be disinvited as a condition of his appearance. He likened her to a house slave on "Larry King," too, but through a not-so-subtle ethnic twist: "If she were a Jew and were doing things that were anti-Semitic and against the best interests of people, that would also stand the same way."

And unfortunately, the demonization of Condi Rice isn't restricted to Belafonte. A liberal radio show in Florida is promoting a CD of "humorous" songs by one of its featured performers. The album, which boasts a cover depicting Bush kissing Rice on the cheek, features a song called "Kiss A Nigger Good Morning." The star of the show, by the way, is white. But he's anti-Bush, plugs books by Paul Begala and Molly Ivins, so he can't be a racist.

Some argue that Belafonte, because he is black, also cannot be a racist. But that is, of course, a racist argument. Again, it reduces someone's moral responsibility and intellectual autonomy to a racial stereotype -- that all blacks are innocent victims who cannot be held responsible for their beliefs or arguments; or that all blacks are so oppressed that any bigotry they utter is permissible. Again, this simply robs blacks of their individuality. In Belafonte's case, it's simply bizarre. He is an extremely empowered man. He is also a bigot.

The question to be asked of the left is therefore a simple one: Are you in favor of bigotry or against it? If you're against it, how can you not criticize and, indeed, ostracize a bigot like Belafonte?