On his sophomore album, the New Jersey rapper delivers a hilarious concoction of erudite lyrics and crude sexual fantasies that has even himself wondering how he can be "so smart and so stupid at the same time." 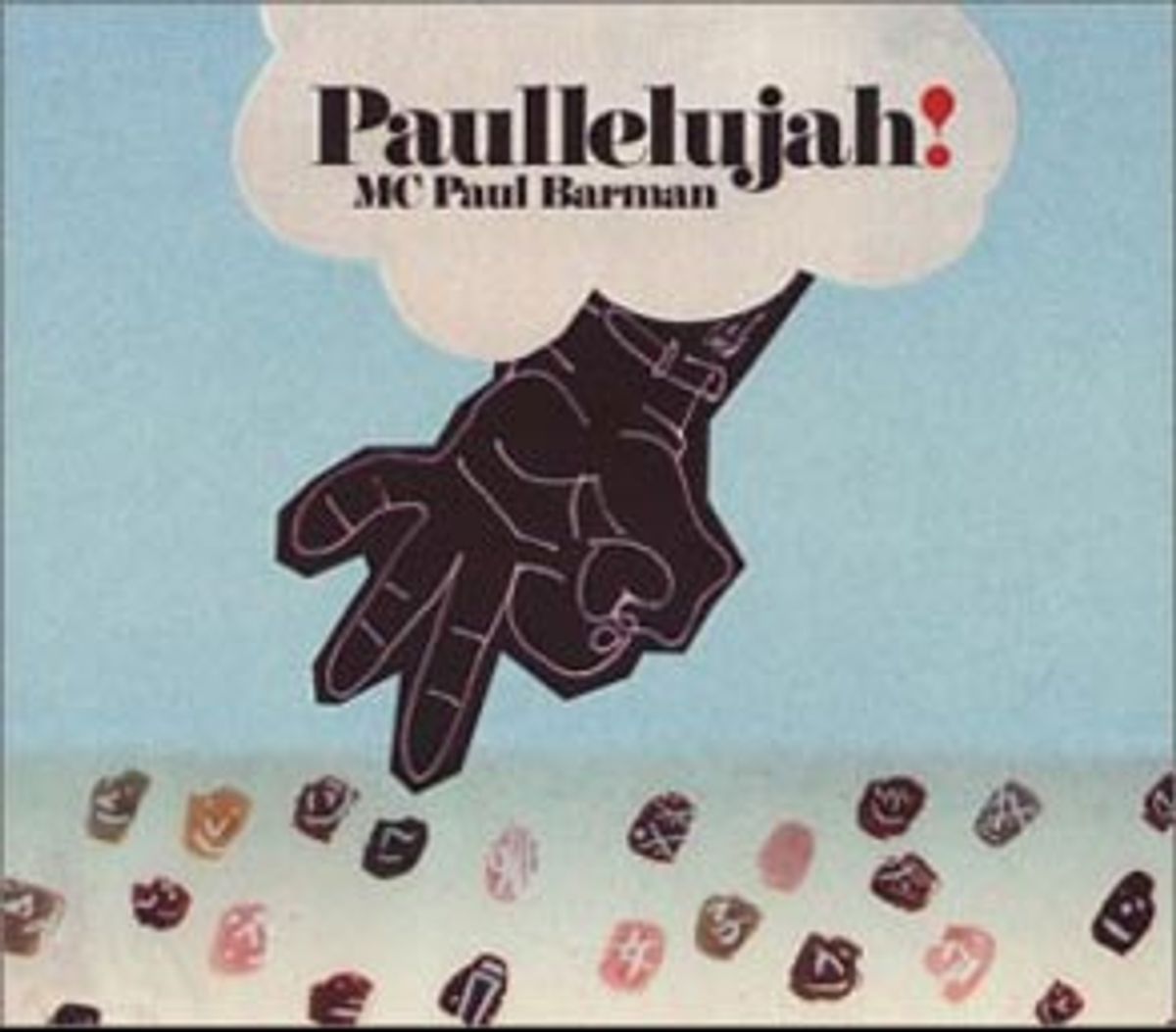 On his 2000 debut EP, "It's Very Stimulating," MC Paul Barman spun a tale of romance that began in the lobby of the Metropolitan Museum of Art. The assignation got hot and heavy quickly, until, in one of the greatest boasts ever committed to record, Barman "backlashed her booty like she was Susan Faludi." Now Barman's back with his sophomoric sophomore record, "Paulellujah!" and this time he's aiming his sights a little higher than Faludi. "Cynthia Ozick," he claims on the new record, "takes off her clothes quick."

Referencing the New Yorker essayist Ozick is just the beginning of the brainy shenanigans Barman pulls on the enjoyable, frequently laugh-out-loud-funny "Paulellujah!" On "Anarchist Bookstore," he skewers lefty posturing; on "N.O.W." he hooks up at a pro-choice rally only to announce, "I follow politics to ball all the chicks." And he performs the first-ever multipalindromic shout-out on "Bleeding Brain Grow."

Barman doesn't fit the profile of your typical rap superstar. That's one reason the white, Jewish, New Jersey-born and Brown-educated rhyme sayer isn't one yet. Another reason might be his aggressively playful and erudite lyrics, which seem designed to appeal more to fellow music geeks than to hardcore rap fans. In a rare semiserious moment, Barman wonders why rap insiders get upset when he "targets the fans that [they] wish they didn't have" on "Old Paul": "Had I made a mockery of a culture, like the Choco Taco? Was I to rap as France was to Morocco? Was I colon rap colon colon France colon Morocco?"

But Barman isn't lacking cred, attracting as he does some of the best-known producers in hip-hop for "Paullelujah!" Prince Paul, Dan the Automator compatriot MikeTheMusicGuy, Phofo, and MF Doom (who gets his named rhymed with Jeff Koons') all lend outstanding tracks to the record, which is a sonic step above the sometimes simplistic blips 'n' beats of "It's Very Stimulating." The album also comes with a mininewspaper, "The Jew Dork Rimes," featuring the album's lyrics as well as ridiculous drawings by Barman, right down to a fake Al Hirschfeld on the "Farts & Seizures" page. (A prolonged search, however, failed to turn up the artist's signature "Nina" hidden within the drawing.)

Name drops on "Paulellujah!" run from Alexander Calder to John Cage, from Rebecca Pidgeon to Billy Crudup, from Strunk & White to cartoonist Robert Mankoff. A great deal of the fun in listening to Barman is in the knotty wordplay: "I'm iller than the Iliad," Barman states on "Excuse You," and "I'm the ne plus ultra of B+ culture."