Racebannon's baffling, blistering concept album is the story of an average artist who sells his soul to the Devil to be reborn as Rhonda Delight, the perfect fusion of sex and sound. 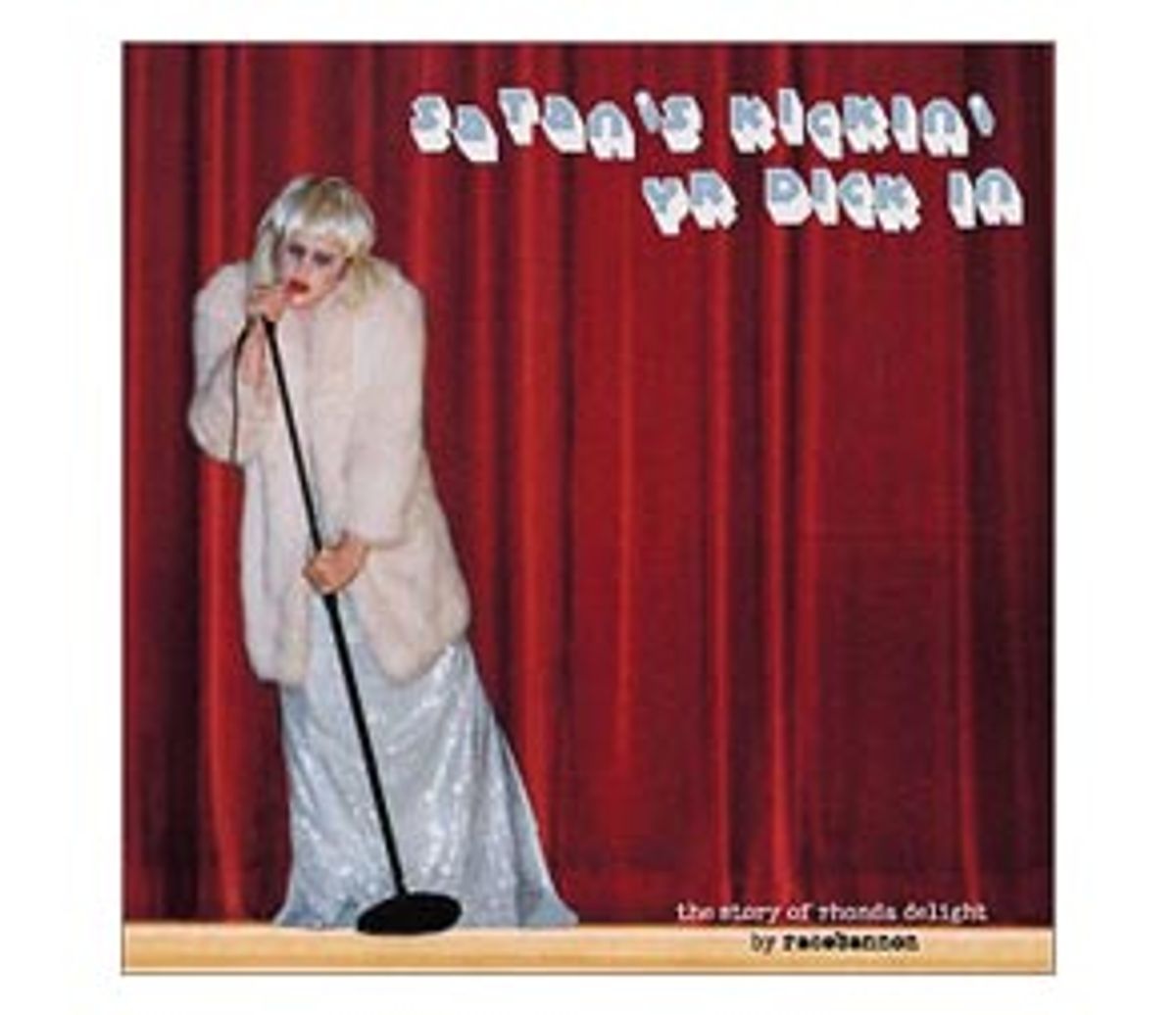 Close your eyes and think of the Who's "Tommy." Now conjure up a similar picture: an elaborate, thoughtfully constructed rock opera about self-image, fame, transformation and introspection. Now put these images into a blender and mix with the following: a Jesus Lizard record, a Prong record and Batman's nemesis, the Joker. Confused yet? Well, if you're not, then maybe you're ready for Bloomington, Ind.'s six-piece Racebannon.

If the name sounds familiar, you may be thinking of their namesake, the kitschy secret agent from the 1960s cartoon classic "Jonny Quest," but it's doubtful that you've heard much that parallels Racebannon. "Satan's Kickin' Yr Dick In," the follow-up to their avant-noise debut, "In the Grips of the Light," is a baffling, blistering 35-minute concept album that shatters eardrums and defies easy labels. It follows the story of Rodney Mitchell, an average guy who, desperate to get a big break in show business, sells his soul to the Devil and is reborn as Rhonda Delight, the perfect fusion of sex and sound. Consumed by the media and the public that loves him, Rhonda becomes the embodiment of rock star, discovering only too late that the Devil can't be outrun by a red Chevy and plenty of cocaine.

The thick, plodding guitars and the vocal mayhem on "Satan's" evoke Black Sabbath and also its descendants Trans Am and Clutch. Frontman Mike Anderson assaults you with his shriek from different directions (think Mark Hamill's Joker from the "Batman" animated series), as several vocal tracks spill onto a clean, but ticklingly aggressive musical frenzy. Racebannon kick back and forth between space rock and scream-core so quickly that you suspect that the two run concurrent and someone used a belt sander to grind them together.

"Satan's Kickin' Yr Dick In" is, in the end, a cautionary tale about the dangers of selling out to achieve fame and adoration. But there's really no danger of that here; 45 seconds into the album, even the casual listener has figured out that Racebannon aren't bending to suit their audience, but rather bending the listener to suit their own wicked purposes.