Will the GOP take control of all three branches of government? Or will the Democrats embarrass the Bush machine? A guide to Tuesday's key electoral contests. 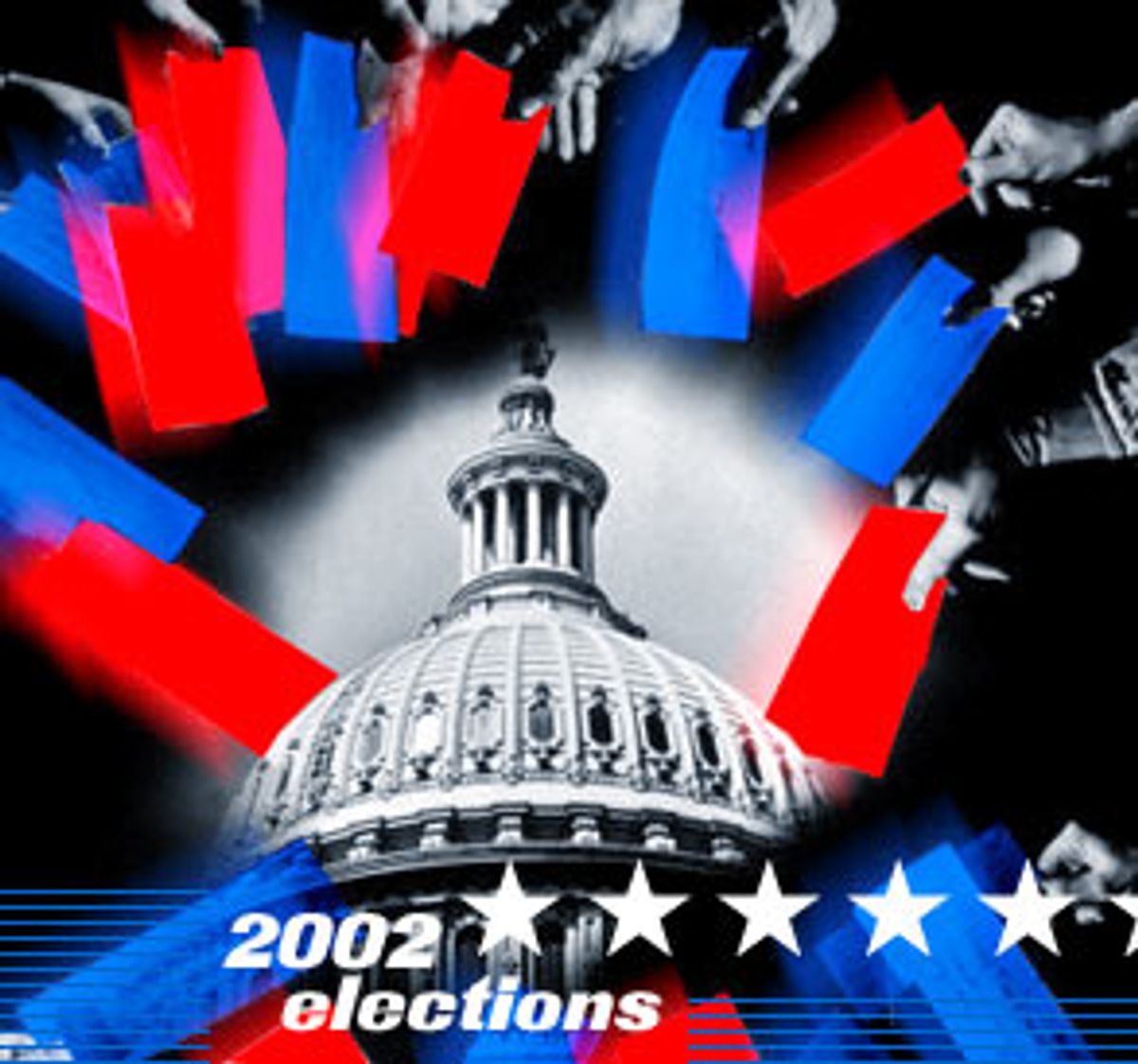 Which of the midterm election races could keep us glued to our cable news Tuesday night?

Maybe none, if you're one of the more than 60 percent of all voters likely to sit the election out. But that doesn't mean the stakes -- or the chance for great late-night drama -- aren't high. Of the very few 435 House and 34 Senate races expected to be competitive, those that are have a lot riding on them -- conceivably, control of both the Senate and House. President Bush has been out campaigning hard for struggling candidates in the campaign's final days, as has the Democrats' leading light, Bill Clinton (and, yes, Al Gore has done some select stumping, as well). While Bush hopes to capitalize on his 60-plus approval rating, Democrats have tried a traditional get-out-the-vote campaign led by labor unions and are relying heavily on black voters in many key races.

If Republicans regain complete control of the Congress -- as they briefly did in 2000, before Sen. Jim Jeffords jumped ship to become an Independent -- look for Democrats to play up their expected gains in gubernatorial races across the country. Many of the states that fell under Republican rule during the midterm election of 1994 are wobbly -- thanks to the shaky economy. While some major states like New York and Texas will probably remain in Republican hands, others are still too close to predict.

So here's guide to the closest -- and most crucial -- Senate, House and governors' races: