Bring me the head of Terry McAuliffe!

Democratic leaders need to look in the mirror when they ask why they lost the Senate. One much-needed quick fix: Replace the failed party chair. 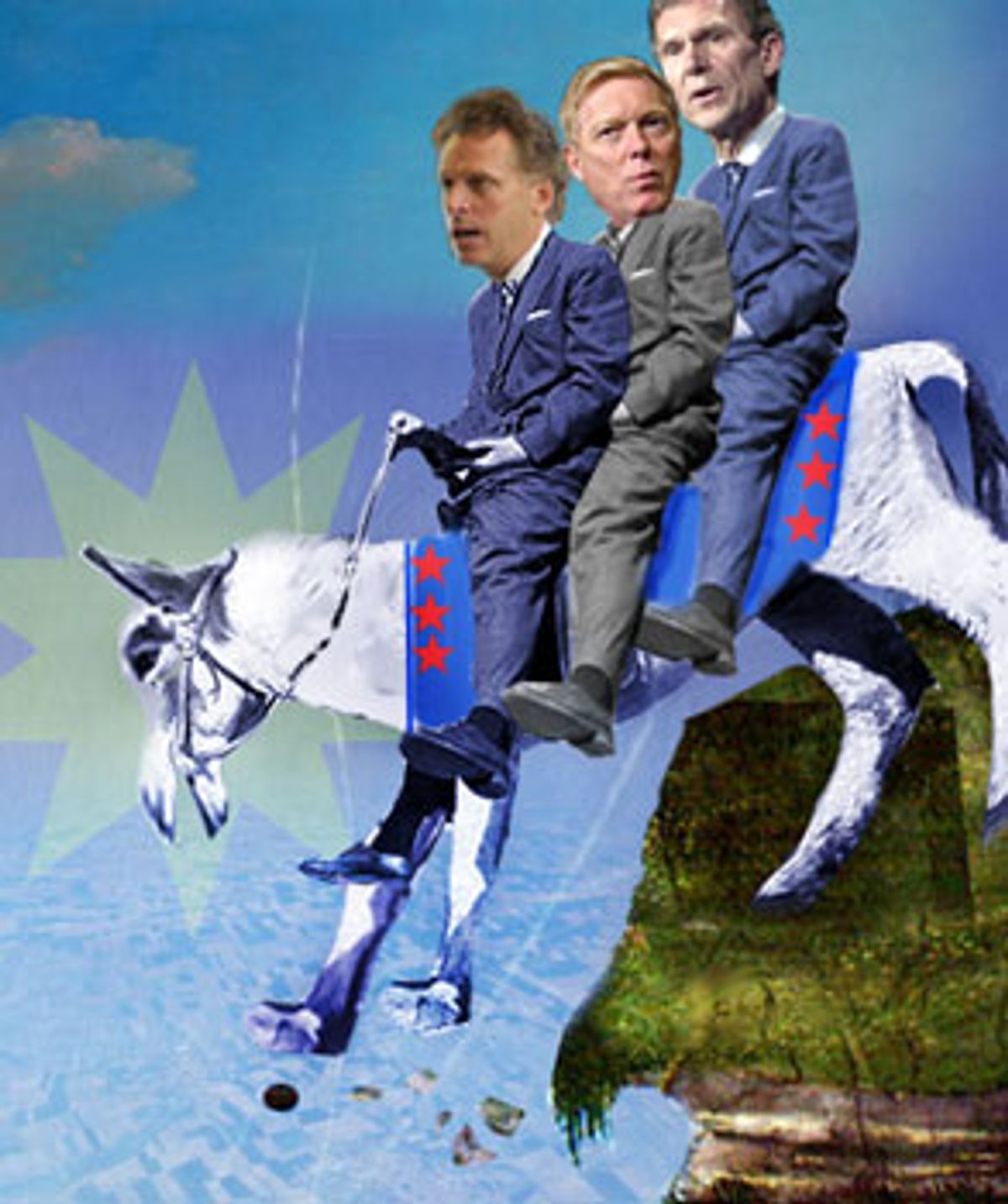 The Republicans got it all Tuesday night. They got the House. They got the Senate. They got at least 20 of the 36 governorships at stake. And they got a massive boost of political momentum -- just as those ever-unreliable polls were hinting at a leak in the president's high-flying popularity balloon.

The Democrats, on the other hand, got almost nothing -- other than a kick in the butt and, one hopes, a wake-up call. Heading into Election Day, the party leadership had been positively giddy. Democratic National Committee chair Terry McAuliffe even went so far as to guarantee a win in the Florida governor's race, crowing, "Jeb Bush is gone." He also gladly accepted Tim Russert's challenge to put his money where his mouth was by donating $2,000 to charity if his prediction of surefire Senate wins for Walter Mondale and Jean Carnahan didn't pan out. Get out your checkbook, Terry. And while you've got that pen in your hand, why not start jotting down your letter of resignation?

By Wednesday morning, the parade of ashen-faced Democrats appearing on the morning shows looked like the cast of "Night of the Living Dead." As they tried to piece together the causes of the previous night's train wreck, they looked everywhere for clues except the one place that held all the answers -- the mirror.

McAuliffe attributed the shellacking to "the president out there actively campaigning." As if no president had ever thought of hitting the campaign trail before. House Minority Leader Dick Gephardt pointed his shaky finger at an enduring post-9/11 bounce: "Nine/eleven was the big factor in this election," he said. Tom "Tweedledum" Daschle agreed: "You had a president who talked a lot about 9/11."

Memo to Terry, Dick and Tom: That wasn't the problem. The problem was that you failed to have anyone out there delivering a galvanizing message. And it's not as if there weren't plenty of urgent issues to choose from: the hobbling economy, the soaring deficit, corporate corruption, the insanity of Bush's tax cuts. Well, I guess that last one would have been kind of hard since 12 Democratic senators had sided with Bush on it, including those two about-to-be-former senators, Jean Carnahan and Max Cleland.

To update Clausewitz, politics is war by other means. Civil war. The Republicans understand that. And they understand the value of denying weapons of mass distraction to your enemy.

A case in point is the administration's masterful handling of the 250 or so pounds of political baggage known as Harvey Pitt. Dark wizard Karl Rove staved off the embattled Securities and Exchange Commission chairman's inevitable stroll to the guillotine until the embarrassing drop of the blade could no longer be used against Republicans -- right about lunchtime on Election Day. It was crude, cold-blooded, and brilliant. Once Pitt could no longer threaten their security, they simply exchanged him.

The Democrats' historic defeat demands a bloodletting as ruthless as Pitt's meticulously timed ouster. The Gen. Custer who led his party into this rout should be busted down to buck private for his dismal leadership -- or, more accurately, the lack thereof. McAuliffe should have resigned the instant the last vote of Jeb's landslide victory was counted in Florida. On Wednesday Gephardt did announce that he would not seek reelection to his leadership post. But if he and Daschle had even an ounce of self-awareness, they would spare us the sorry spectacle of their expected runs for the White House in 2004. As Rep. Harold Ford of Tennessee said on Black Wednesday: "It's obvious that we need some fresh faces and, in some cases, fresh ideas."

Twelve-step programs teach us that recovery can only begin after you've bottomed out. If the Democrats are going to bounce back in 2004, they need to stop living in denial and start accepting responsibility for their spectacular crash-and-burn. Replacing Terry McAuliffe is a good first step.