Republicans don't like my criticism? Too bad. They have to answer for Norm Coleman's campaign, which exploited 9/11 in a way that was truly evil. 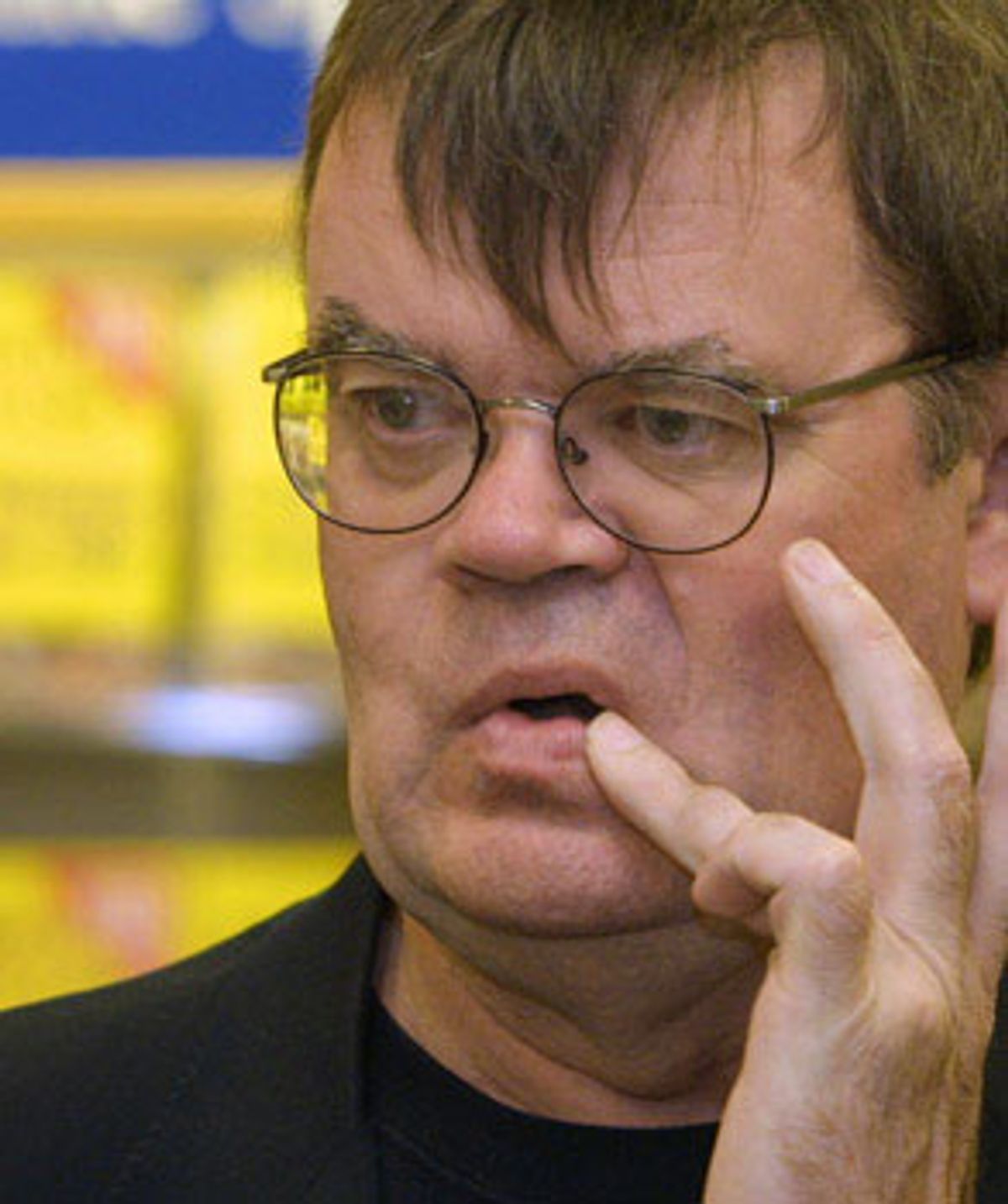 The hoots and cackles of Republicans reacting to my screed against Norman Coleman, the ex-radical, former Democratic, now compassionate conservative senator-elect from Minnesota, was all to be expected, given the state of the Republican Party today. Its entire ideology, top to bottom, is We-are-not-Democrats, We-are-the-unClinton, and if it can elect an empty suit like Coleman, on a campaign as cheap and cynical and unpatriotic as what he waged right up to the moment Paul Wellstone's plane hit the ground, then Republicans are perfectly content. They are Republicans first and Americans second.

The old GOP of fiscal responsibility and principled conservatism and bedrock Main Street values is gone, my dear, and something cynical has taken its place. Thus the use of Iraq as an election ploy, openly, brazenly, from the president and Karl Rove all the way down to Norman Coleman, who came within an inch of accusing Wellstone of being an agent of al-Qaida. To do that one day and then, two days later, to feign grief and claim the dead Wellstone's mantle and carry on his "passion and commitment" is simply too much for a decent person to stomach. It goes beyond the ordinary roughhouse of politics. To accept it and grin and shake the son of a bitch's hand is to ignore what cannot be ignored if you want your grandchildren to grow up in a country like the one that nurtured and inspired you. I would rather go down to defeat with the Democrats I know than go oiling around with opportunists of Coleman's stripe, and you can take that to the bank.

I've run into plenty of Coleman supporters since the election and they see me and smirk and turn away and that's par for the course. I know those people. To my own shame, I know them. I'm ashamed of Minnesota for electing this cheap fraud, and I'm ashamed of myself for sitting on my hands, tending to my hoop-stitching, confident that Wellstone would win and that Coleman would wind up with an undersecretaryship in the Commerce Department. Instead, he will sit in the highest council in the land, and move in powerful circles, and enjoy the perks of his office, which includes all the sycophancy and bootlicking a person could ever hope for. So he can do with one old St. Paulite standing up and saying, "Shame. Repent. The End is Near."

The Republican exploitation of 9/11 for political gain is the sort of foulness that turns young people against the whole business, and for good reason. All sorts of people went down in the World Trade Center, execs and secretaries and bond traders and also the dishwashers in Windows on the World and secretaries and cleaning ladies. Think of all those portraits of the victims that ran daily week after week in the Times that we read, read tearfully, saw ourselves in those lives, and the wave of patriotic tenderness that followed was genuine and included us all. For a cynic like Norman Coleman to hitch his trailer to that tragedy is evil -- call it by the right name. To exploit 9/11 and the deaths of those innocent people on that beautiful day in Manhattan -- to appropriate that day and infer so clearly that there is a Republican and a Democratic side to it, is offensive to our national memory and obscenely evil, and it was rewarded by the voters of Minnesota.

Ordinarily, there should be a period of good feeling after an election, of relief, or relaxation, when we join hands and become one people again, but Norman Coleman doesn't deserve any Democrat's hand. We had come together as one people already -- the precious gift of 9/11 -- and he used that as a campaign ploy against us, suggesting that Democrats are unpatriotic, and he is not to be forgiven for it. I personally don't believe he had anything to do with the crash of Paul's plane. Plenty of people suspect he did. I don't. But I do think he is a cynical politician who should make himself scarce for the next few years until people start to forget his campaign.

Lord, America does love a winner. When you're riding high, people can't do enough for you, and when you fall down low, they don't want to be around to see. I know something about that -- every performer does -- and you quickly recognize your false friends, the people who clutch your hand and grab your elbow and give you a gigantic smile and tell you how much they love your work but they get the name of the show wrong, or the day of the week, or they mispronounce your name, and you see them clear for the phonies they are. Norman Coleman is that very person, the false knight upon the road, and he always has been and always will be. Paul Wellstone was a real person who led an authentic life. The contrast couldn't be clearer.

All you had to do was look at Coleman's face, that weird smile, the pleading eyes, the anger in the forehead. Or see how poorly his L.A. wife played the part of Mrs. Coleman, posing for pictures with him, standing apart, stiff, angry. Or listen to his artful dodging on the stump, his mastery of that old Republican dance, of employing some Everyguy gestures in the drive to make the world safe for the privileged. What a contrivance this guy is.

Paul Wellstone identified passionately with people at the bottom, people in trouble, people in the rough. He was an old-fashioned Democrat who felt more at home with the rank and file than with the rich and famous. (Bill Clinton, examine your conscience.) He loved stories and of course people on the edge tend to have better stories than the rich, whose stories are mostly about décor and amenities.

Paul walked the walk. He was a wonder. Everyone who ever met him knew that he lived a whole life and that he and Sheila were crazy about each other. To be in love with one person for 38 years is nothing you can fake: Even the casual passerby can see it. To die at 58, having lived so well and so truthfully, is enviable, compared to the longevity of a man who invents his own life in order to achieve the desired effect and advance himself. To gain the whole world and lose your own soul is not a course that Scripture recommends. You can do it so long as God doesn't notice, but God has a way of returning and straightening these things out. Sinner beware.