The U.K. trio's beautiful, hallucinatory pop songs are the stuff the most fascinating, strangest dreams are made of. 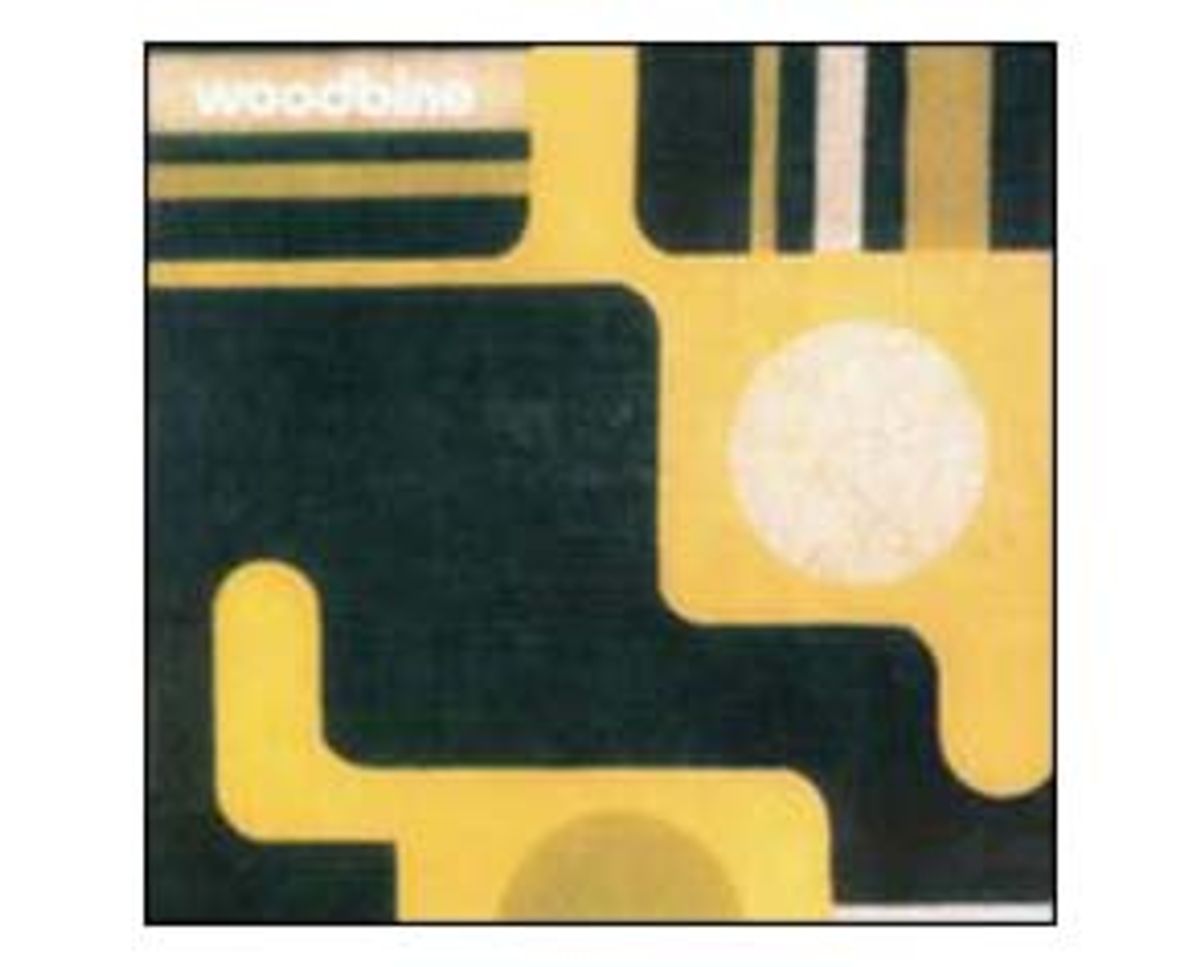 Birmingham, U.K., trio Woodbine, whose heritage traces from London Punjabi-rock act Cornershop and Blackpool punk band the Membranes, took a drug-addled three years between signing with Domino and delivering a first single. But their self-titled debut L.P. followed quickly, thanks in part to some production help from Jennifer Herrema and Neil Hagerty of Royal Trux (aka Adam and Eve)-- who never met the band but still enjoyed free rein in remixing Woodbine's quirky, hallucinatory songs.

Juxtaposing the familiar with the impossible, this album is as surrealistic as it is sublime. Woodbine employ softly shaken maracas, a randomly hit woodblock and a heavily processed tambourine to create the percussive foundations of their songs. Searing noise-guitars confront singer Susan Dillane's angelic vocals. Goats and tropical birds float in and out of a laugh-track dreamscape, and tinkling bells mingle with wah-wah peddle and fuzz bass.

Woodbine have found themselves likened to a hodgepodge of artists, among them Saint Etienne, Opal, Spiritualized, and Nick Drake -- and this release has critics scrambling for comfortable handholds again. But while they indulge in the occasional cunning musical quotation ("Complete Control" humorously references Jim Beattie's "Adventures in Stereo"), Woodbine are that rare band that takes its cue from no one and defines a unique nexus of beauty with utter strangeness.