America's fave TV family is back -- and ready to prove they can survive George W. Bush, Greta Van Susteren and whatever other horrors fate may bring them. 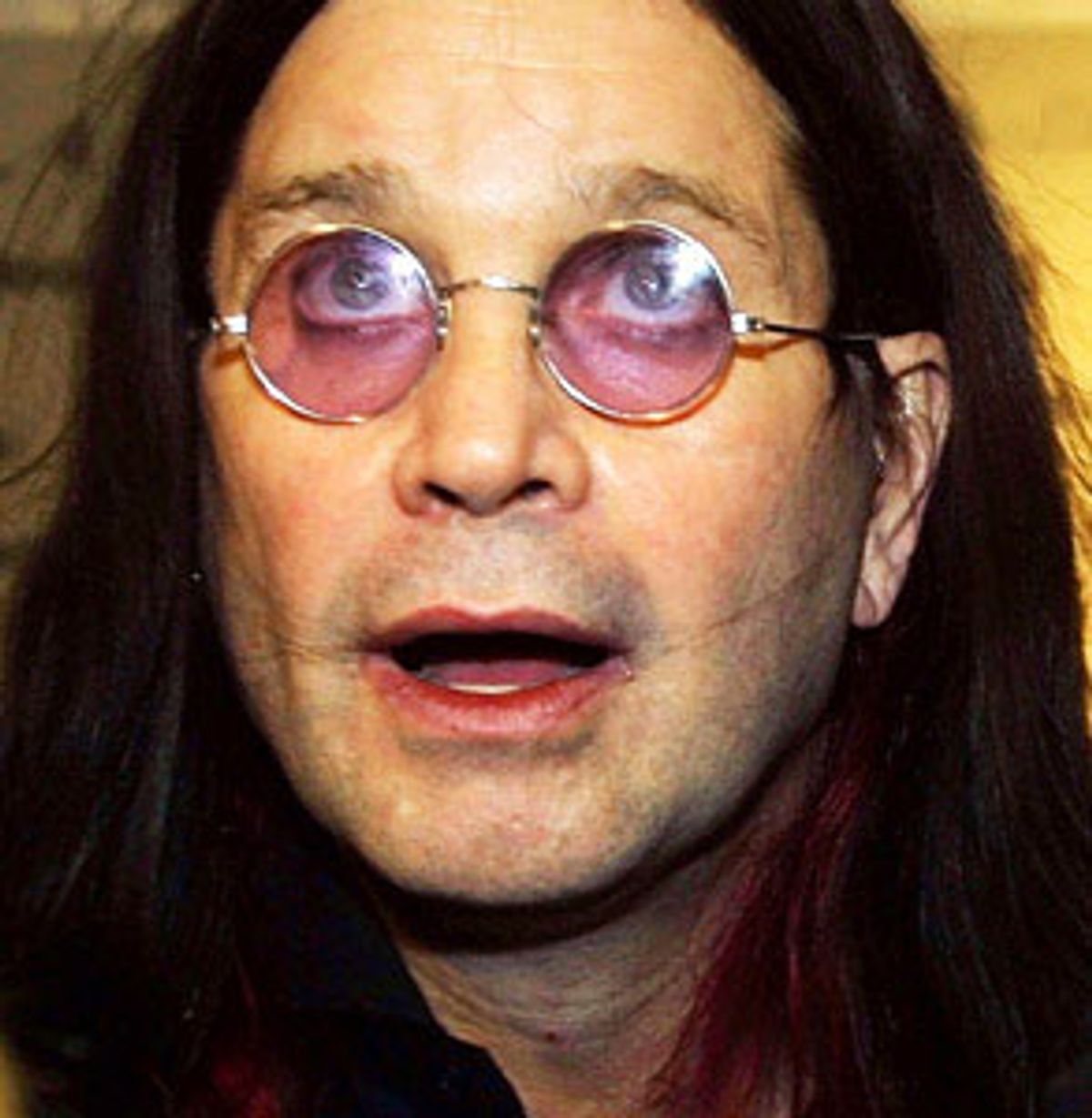 You know you're popular (in Washington, at least) when Greta Van Susteren pretends to be your best friend and George W. Bush drops your name in an effort to come across as cool and culturally literate.

In one short season, the Osbournes have gone from programming novelties to court favorites without manifesting too many of the secondary effects of celebrity. Although Season 2 kicked off on Tuesday night with the family reaping the fruits of its rampant cuteness -- Ozzy got to be the belle of the White House correspondents dinner, Kelly got to sing at the MTV Music Awards, Jack got to tell reporters he had "a big part to do with her getting signed" -- success hasn't spoiled "The Osbournes."

Ozzy still gets a kick out of hearing his name uttered aloud, Sharon still loves spotting movie stars, and although Jack has taken to turning the sprinklers on prying fans, he still gets excited about seasonal fast food promotions. (Sharon, Kelly and Jack are driving past a McDonald's on the way home from the music awards, when Jack spots a sign and gasps, "The McRib is back!" When Kelly makes fun of him, Jack retorts, "It's the little things, Kelly.")

The thing about "The Osbournes" is that, no matter how big a thing it is, it has always been about the little things: like hearing Jack call Kelly "a sexualist" when he means "sexist," watching Sharon stoop to scoop another dog turd, observing Ozzy as he puzzles over the cuff links. Other shows put ordinary people in front of cameras and watch them puff up 'til they blow. The Osbournes, on the other hand, only seem to get smaller and more tender as their fame and money expand. Maybe it's their tendency to burrow into their house and each other. (On her way back from her big performing debut, Kelly leans her head on her mother's shoulder and sucks her thumb, singing "La-la-la, home at last," when the car pulls up to the gate.) But it's hard not to love them.

This season, "The Osbournes" won't be able to help being about the big things, too. Sharon was diagnosed with colon cancer last summer, before shooting began. The illness isn't mentioned in the first episode, which instead ends with Sharon predicting that something bad will happen to the family because things are just going too well. It's the only jarring note in the episode, and it's too bad they decided to tease out the diagnosis instead of dealing with this information right upfront.

But then, Sharon is entitled to some poetic license; if she needs to insert the ironic twist, who are we to begrudge her? After all, the Osbournes (the family, the phenomenon, the financial entity) would not exist without her.

It's well known by now that Sharon resuscitated Ozzy's career, launched the profitable Ozzfest summer tour, came up with the idea for "The Osbournes" (which led to a two-book deal, a soundtrack album and countless merchandising opportunities), negotiated the family's contract for a second season (which is reported to be somewhere between $5 and $20 million) and scored the syndication rights to the show, beginning in 2004. When somebody needs a poop scooped, they turn to her.

Sharon is the Osbourne family's answer to Dick Cheney. Which leads me back to the strange image of the president making a big point of dropping the doddering icon's name. Maybe he feels an affinity. Maybe he's not altogether off the mark. But it says a lot for "The Osbournes" that people will most likely continue to judge them for who they are, and not who their friends are. If the Osbournes can survive the White House press correspondent's dinner, they could survive being photographed with Martha Stewart and Sean Combs at a Hamptons party. They can survive anything.