How low have horror films sunk? Well, this one stars the Tooth Fairy. Thing is, it's actually kind of scary. 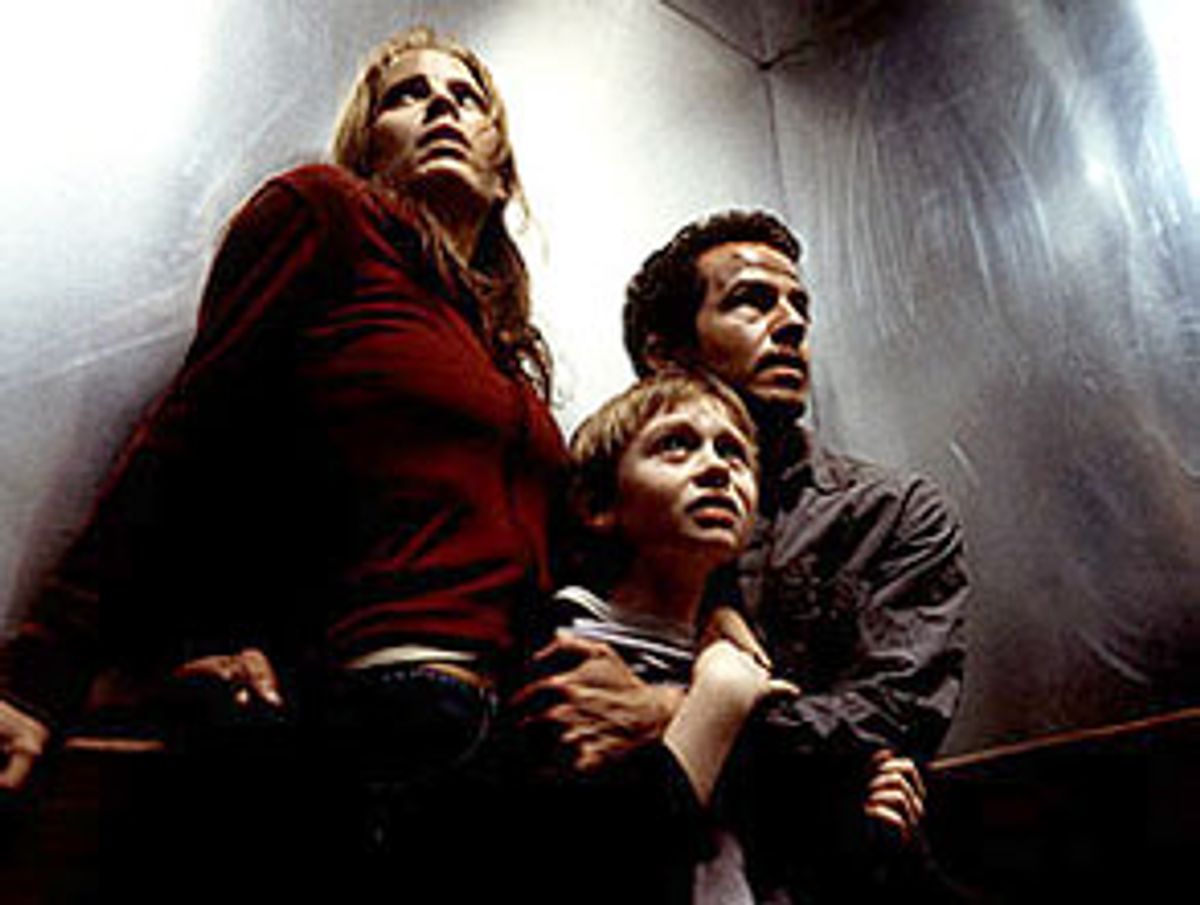 "Darkness Falls" is many things. It's a proper noun! It's a verb construction! It's a complete sentence! See, Darkness Falls is the name of the town in which takes place this no-star horror flick about, so help me, the Tooth Fairy. Nobody in the movie ever says the name of the town, mind you, which suggests that this masterstroke came to the filmmakers pretty late in the process. According to the records at IMDb, this project has been through four previous titles (the filmmakers passed on "Don't Look Under the Pillow" and "I Know What You Did With Your Baby Teeth").

As far as semi-abandoned midwinter Hollywood compost goes, though, "Darkness Falls" basically brings home the bacon for horror fans. It may be an utterly formulaic combination of elements borrowed from Stephen King novels and "Nightmare on Elm Street" films (not to mention "The Ring," the latest re-energizer of the horror genre), and you're not going to remember much about it in two months. But it offers decent special effects and a nice array of those moments where you shriek and jump and nearly pee your pants but it turns out to be Mom or the cat after all.

Director Jonathan Liebesman (a 26-year-old South African making his Hollywood debut) actually makes more out of this crappy material than he should, taking a tired when-the-lights-go-out-whoo-boy-are-we-in-trouble premise and delivering a claustrophobic, increasingly dark creepshow. But the script (a hodgepodge effort by Joe Harris, John Fasano and James Vanderbilt) never does a good job of explaining what's going on, and is only intermittently aware of its own ludicrousness. In the end, "Darkness Falls" is stuck somewhere in between the true terror of "Pitch Black" and the pomo funhouse antics of Wes Craven's "Scream" series.

I mean, let's just get back to the fact that this is a movie about the Tooth Fairy. At some point in the distant past -- let's say 1990 -- a kid named Kyle finds out that the legends about the murderous lady ghoul who terrorizes the kids of Darkness Falls on the night they shed their last baby tooth are all too true. (This info, and the folk history behind it, plays absolutely no role in the story, but is presented in an expository voiceover during the opening credits.) Liebesman makes the fairy-attack scenes seem pretty scary, thanks to a barrage of quick cuts, but frankly all he's got to work with here is an old lady in a porcelain mask, whose breathing makes her sound like an indigested bear. (Why would an undead demon breathe, anyway? Does Freddy Krueger breathe? Do the "Night of the Living Dead" zombies?)

Anyway, Kyle is wrongfully locked in the loony bin for killing his mom when, of course, the fairy did it. He grows up to be a smoldering TV-actor type (Chaney Kley), still mortally afraid of the dark, and moves to Las Vegas where, indeed, the lights are on 24-7. What could lure him back to face the terrors of Darkness Falls? Only a severe case of cherchez la femme, in this case his childhood sweetheart Cat (Emma Caulfield, like Kley an alum of "Buffy the Vampire Slayer"), whose big-eyed young son is suffering from big-time heebie-jeebies and refusing to sleep. Gee, what could be going on?

There isn't a heck of a lot of character development in "Darkness Falls" to begin with, and once Kyle comes back to town and people start dropping dead (at first he's the prime suspect, since people for some reason don't believe the Tooth Fairy might be involved), it all goes out the window. We sort of figure out that he and Cat will get together again, because they're both so darn middle-cute and her lawyer boyfriend (Grant Piro) is an irritating dweeb, but there's no actual chemistry involved. Young Lee Cormie supplies the requisite dose of Haley Joel Osment-style winsomeness as Cat's fairy-bedeviled kid, but once again there's not much there beyond the fact that he's a little kid who's scared of the dark.

Liebesman's big set-piece arrives when all the lights go out in town -- it does make a sort of intuitive sense that demonic forces can always control electricity, doesn't it? -- and Kyle, Cat, the kid and a few other cannon-fodder types are stuck in a dark hospital, trying to get from emergency light to emergency light while pursued by the shrieking, gurgling Tooth Fairy (who, if you want to get technical, is a lot more like a witch than a fairy). People get picked off one by one while Kyle explains it all in a sort of running monologue: See, once you see her she wants to kill you and, no, she doesn't pursue every kid in Darkness Falls but she can't leave the town and hates the light, etc. As some soon-to-be-disemboweled cop says at one point, "All this over a fuckin' tooth."