Did the latest ad from the peace movement succeed? Watch the ad and read what our experts say. 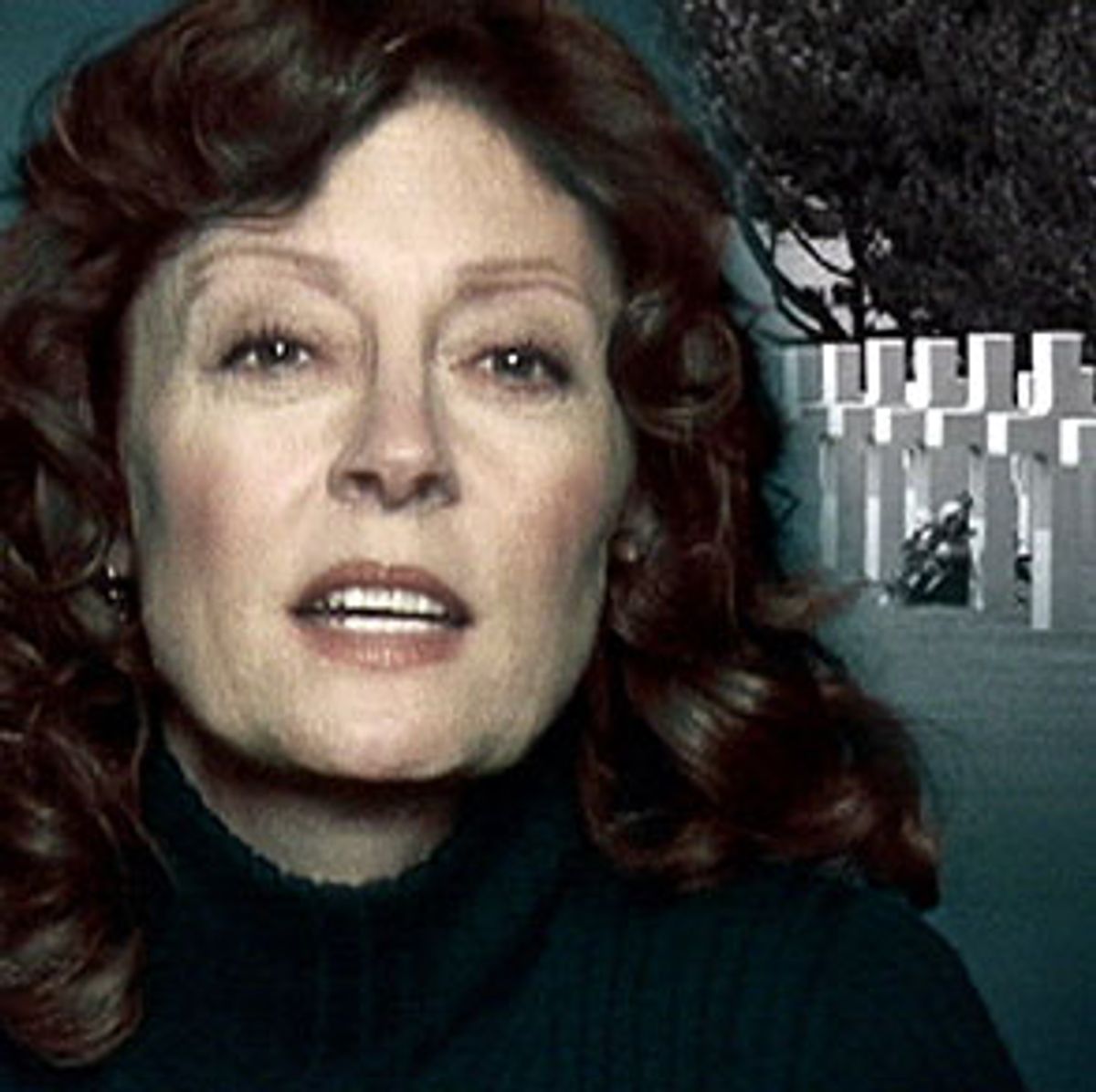 When President Bush delivered his State of the Union address Tuesday, he had more than just the American public's increasing ambivalence about a war with Iraq to contend with. He had Susan Sarandon's, too.

The iconic lefty actress is featured in the latest ad produced by Win Without War, an umbrella group of activist organizations opposed to "unprovoked military action in Iraq." This specific ad was funded by True Majority, a group launched by Ben Cohen (of Ben & Jerry's fame), and has aired in New York and Washington markets. It features a dewy-eyed Sarandon asking: "Before our kids start coming home from Iraq in body bags and women and children start dying in Baghdad, I need to know, what did Iraq do to us?"

She's answered by former U.S. ambassador Edward Peck, who was the chief of the U.S. mission in Iraq from 1977 to 1980 and deputy director of President Reagan's terrorism task force. "The answer is nothing. Iraq had nothing to do with 9/11, nothing to do with al-Qaida, its neighbors don't think it's a threat, invading Iraq will increase terrorism, not reduce it," Peck says.

The ad ends with the words: "Win Without War. Let the Inspections Work."

First, you, Salon reader, should view the ad and decide what you think.

Then see if you agree with our expert panel of critics:

Neal Gabler, senior fellow at the Lear Center for the Study of Entertainment at the University of Southern California and the author of "Life: The Movie":

This ad is vastly superior to the illogical Daisy ad because it addresses a fundamental question (what did Iraq do to us?) and it adduces an authority (former U.S. ambassador to Iraq Edward Peck) to answer. The question is fundamental because, according to a recent Knight-Ridder poll, 50 percent of Americans believe that one or more of the terrorists was an Iraqi and 25 percent believe that President Bush has adduced evidence that Saddam Hussein had masterminded 9/11. (A third either didn't know or had no opinion.) Still, the ad is talking past the administration. President Bush doesn't contend that Iraq did anything to us. He contends that it will be able to do something to us and we must stop it before it can. He also contends, though not so explicitly, that the inspections are worthless since Iraq is not cooperating and even if it were, the inspectors could never discover the weapons of mass destruction. Therefore, war is inevitable. The problem with these ads, then, is that they don't address the administration's argument and thus can be parried. What they should be arguing is not that the administration hasn't made a case for war -- it has made its own case -- but that it hasn't explained what the consequences of war will be.

Vinny Warren, a copywriter/creative director with DDB/Chicago, the firm that created the original Daisy ad:

Well this is certainly an improvement over the MoveOn.org "daisy" pastiche. Having watched it, two things immediately spring to mind:

Why did True Majority bury the highly credible former ambassador to Iraq at the end of the commercial? Yes, Susan Sarandon may get your attention, but she's a bit overused by left-wing political causes (see also Martin Sheen, Ed Asner). I'm sure she means what she says, but if you've got ambassador Edward Peck, you don't need her. Having both of them in the commercial is unnecessary and confusing. Thirty seconds of ambassador Peck alone would have been far more impactful and effective.

And what's with the ominous imagery of crosses and shelling? The last thing True Majority needs to do right now is expend time and energy scaring people. People are already plenty scared. Also, the commercial feels like it was done by a D.C. political ad agency and suffers for that. It has that slick "political ad" feel, which makes me, and I suspect many other viewers, instinctively distrust it.

Andrew Sullivan is a Salon columnist, and the proprietor of AndrewSullivan.com:

It's not as bad as I expected. The antiwar left has now clearly decided to move to the center in order to stop any attempt to disarm Saddam. It's old-fashioned isolationism now. The same message could be given by Patrick Buchanan.

Of course, there's no mention of the U.N. resolution mandating Saddam's disarmament, and no indication that the inspections can do anything realistic to disarm Saddam.

It's also disingenuous. These same people opposed a war in Afghanistan. The slogan "let the inspections work" is hooey. They know the inspections cannot work without Saddam's cooperation, as Hans Blix has argued. But they know that this line might sway a few gullible people into believing they can run away from the real issue here.