A company in California is offering soldiers heading to Iraq free storage of their sperm for a year. 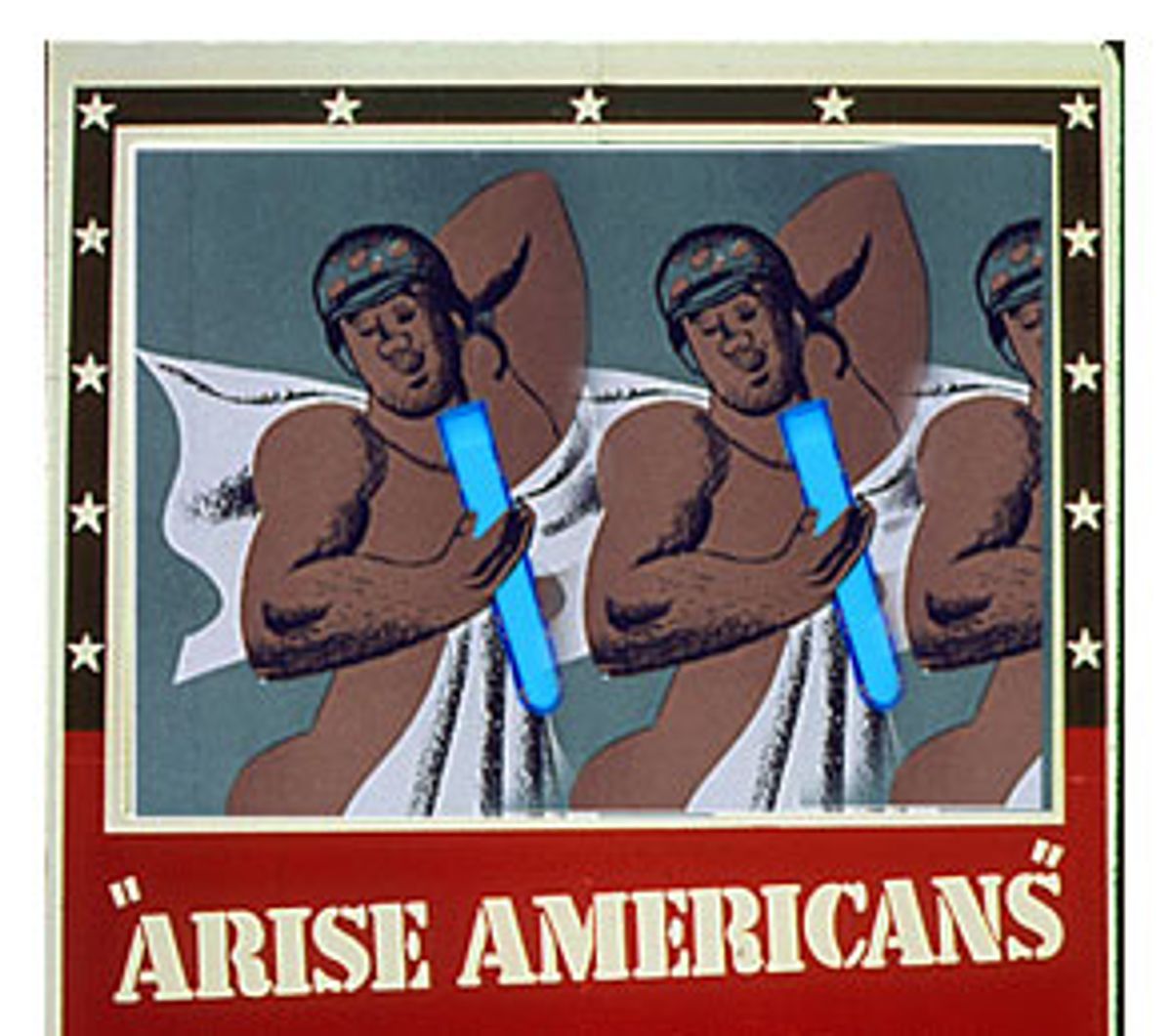 The last time American forces found themselves engaged in armed conflict in the Middle East, few predicted that thousands of them would return complaining of the collection of ailments -- including, in some cases, fertility problems -- that came to be called Gulf War Syndrome.

Although a series of reports reached conflicting conclusions about the causes of the illnesses, the government eventually acknowledged that troops had been exposed to toxic agents. Now, as the U.S. stands once more on the brink of battle with Iraq, fears of possible exposure to chemical and biological agents loom far larger in the public consciousness than a decade ago.

Men undergoing vasectomies or treatment for testicular or other cancers frequently freeze some of their sperm to maintain their reproductive potential. In the same spirit, California Cryobank, a leading sperm bank with offices in Los Angeles and Palo Alto as well as Cambridge, Mass., is offering free sperm storage to any male member of the armed forces heading for the Mideast who is worried about his future fatherhood potential.

Dr. Cappy Rothman, a urologist and the co-founder and medical director of California Cryobank, says that a recent study published in the Journal of Toxicology and Environmental Health confirms the importance of storing sperm. In the study, which was conducted on laboratory rats, researchers examined three chemical agents to which military personnel serving in the Gulf War were believed to have been exposed: pyridostigmine bromide, a prophylactic treatment against nerve agents; DEET, an insect repellent; and permethrin, an insecticide.

According to the study, "combined exposure to these chemicals was implicated in the development of illnesses including genitourinary disorders among many veterans of the Persian Gulf War." And the researchers concluded that "testicular damage was "significantly augmented when the animals were further exposed to a combination of chemicals and stress."

Salon spoke with Dr. Rothman by phone about Cryobank's offer and the potential threat to the fertility of military personnel.

Why have you decided to offer this service??

I am old enough -- I'm 65 -- to have seen men in my practice that were Vietnam veterans. I remember men who had problems with fertility. Some of them had direct damage to their genital areas from stepping on land mines. Some had spinal cord injuries that affected their ability to have an erection and ejaculate. But others had abnormal sperm production for no obvious reason. And I remember repeatedly that they said they were exposed to the exfoliant Agent Orange. And these soldiers and their families were devastated because of their inability to have children. Had they stored their sperm prior to having engaged in war, they could have come back and had lovely families.

As for the Gulf War, many of the men came back and found that they were infertile. And the study recently published in the Journal of Toxicology and Environmental Health showed that some of the agents they were given to protect them from nerve gas and insects can cause significant injury to testicular function in rats. So with our company's history and experience, it seemed to be a nice thing and something we could easily do to offer them free storage of their sperm for one year, which usually costs $240. The expense of having us process the sperm is minimal, less than $100. We wanted to make it easy for them.

What's been the response so far to your offer?

We announced it about two weeks ago, and the more exposure we've gotten, the more people are interested. About 40 or 50 men have already stored their sperm, but every day we get more and more phone calls -- close to 200 so far. Some of the men call themselves, but a great deal more calls are from wives and fiancés. The maternal instinct is incredibly strong. These women want to have children.

You know, it would be nice if the Defense Department had the concept of informed consent. They should tell the troops, "Hey, guys, we hope nothing will happen, but because something could, we're not opposed to you storing your sperm." Just to let people know. Many of these guys don't know. They're too young to remember much about the Gulf War, they were not even born during the Vietnam War. If they're told, they can say, "Gee, that's not a bad idea, I don't want to." Or, "That's something I should do." I think that the subject would be so important that the Defense Department should establish a sperm bank for its troops. I would be happy to set it up for them.

Is the interest only among married men?

I know for sure married men are interested, and I assume some of the men are also single. If a man is married and something happens to him, his wife becomes the recipient of the sperm. She would be able to use the sperm to have his children. Now if a man is engaged, he has to specifically state that his fiancée has access to the sperm. If this is not provided for, his next of kin -- his parents, for example -- would be the ones who would have the right to make that decision.

Now what about female military personnel? Can they store their eggs?

There is sexual inequality there. We do not have the ability to freeze eggs as we have to freeze sperm. The science of freezing eggs is not advanced. It's a much more invasive and difficult procedure and it's just starting to be explored. An egg is a cell that has a very large surface membrane and contains a lot of water. A sperm is a smaller cell, it's very condensed; it has a small surface membrane. And a man's sperm can be routinely frozen with ease and success; we do not have the same experience with a woman's egg. It's much more difficult, anatomically and physiologically.

Do you find there's a lot more concern about exposure to chemical and biological agents this time around?

Yes, there's more concern. What some of the soldiers have said they're concerned about is that the vaccines for anthrax and smallpox could make them infertile. I have no proof that it does, but if it's not that, something else could. I'm sure the Defense Department was unaware before the Gulf War that giving soldiers the agents they did could result in infertility problems. And some are not necessarily concerned about a specific exposure but may have known someone who returned from the Gulf War and was infertile.

What I'm trying to express to the troops is, What's the downside? Provide us a sample, there's no downside. It's not going to cost you anything to store it. You're going to preserve your fertility. Why shouldn't everybody do it?

If you look at ejaculation, it's a delicate mirror of a man's state of health. If a man is in good health, he'll have normal ejaculate, and if he's not, he won't. Anything that interferes with a man's health will affect his sperm count. So in terms of exposures, smoke from burning oil wells, nuclear waste -- anything that can interfere with health can interfere with sperm count. I don't know of any good smoke.

How long has the technology of freezing sperm been around?

In the 1920s, freezing sperm started in animal husbandry and veterinary medicine. Then, in the 1960s, it started to be used with human sperm. We've been around since the 1970s. We currently distribute about 2,500 ampules of [human] sperm every month to every state in the U.S. and 22 countries.

You don't have to process or store it with us. You just have to know that it's reasonable to do. If you're in Texas, you can always go to an in vitro fertilization center and provide them with the specimen. They have the technology to freeze it, and then you could send it to us for the free one-year storage. We probably have some relationship with every in vitro center in the country. They know of us and can transport sperm to us. It would just cost whatever Federal Express would charge. An in vitro center could also store it, but they would charge for that.

But if you're near one of our centers, you can either provide a sample at home in a clean container and bring it in to our offices within two or three hours. Or you can come in and use one of our masturbatoriums.