The tyranny of Valentine's Day 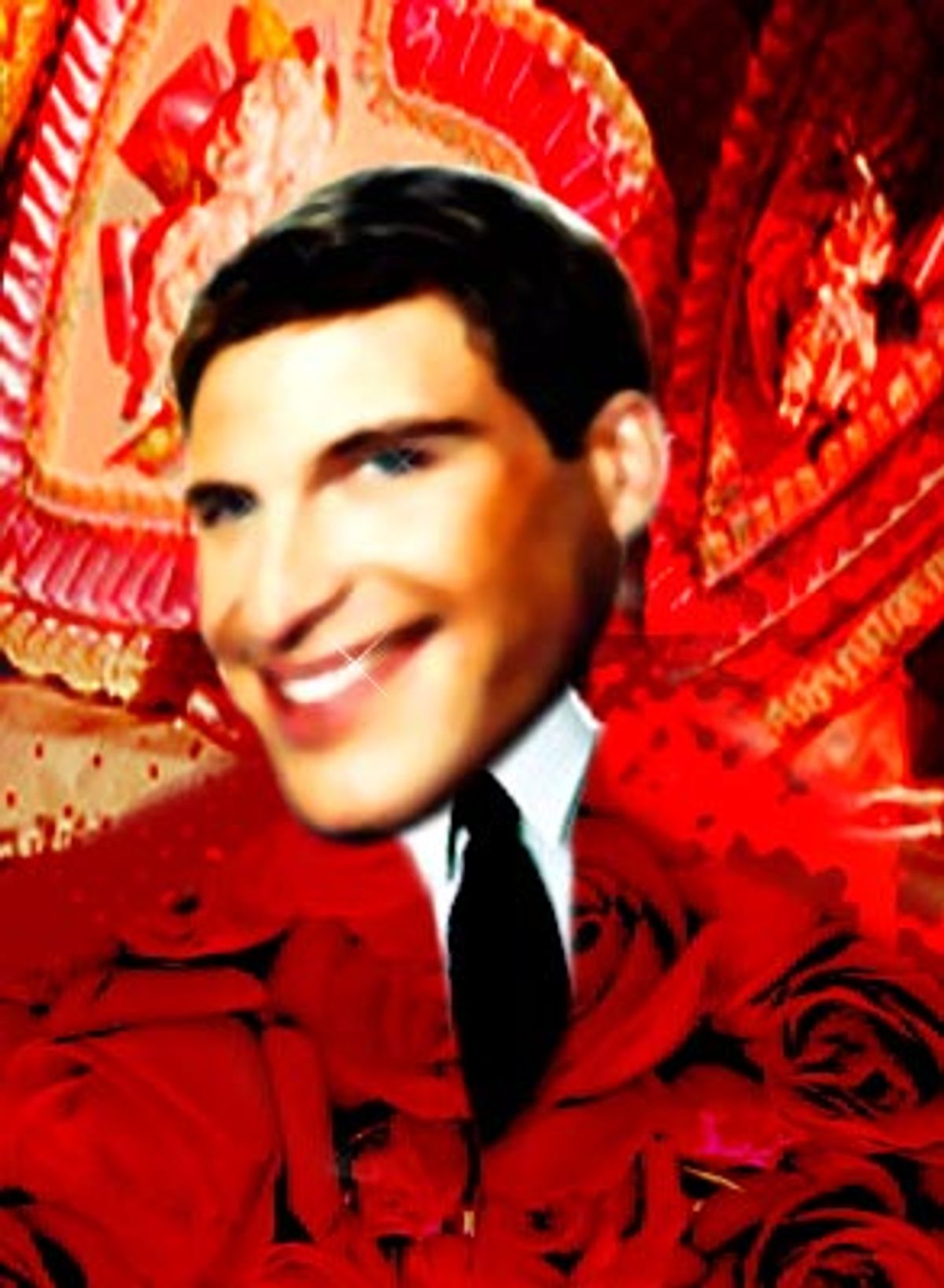 Like Christmas and New Year's Eve, Valentine's Day is one of those holidays that, even if you're lucky enough to spend it with someone you care for, can make you feel miserable. In all three cases, the reason is the same: Our simultaneous knowledge of the unreasonable expectations the holiday sets up and our desire to meet those expectations. Just as every New Year's Eve we're expected to party like it's 1999, every Feb. 14 we're expected to join our loved one in a day resembling a combination of douche commercial and porno movie -- romantic strolls on some picturesquely dewy deserted landscape involving lots of hand-holding and eye-gazing, topped off with hot sex.

That's why, contrary to popular belief, Valentine's Day can be as much of a downer for those of us in relationships as for those of us who are single. Part of the reason for the ordure of Valentine's Day is that it's been seized on by florists, greeting card companies and candy makers to push their products. The hearts go up in the department stores as soon as the holly and garland comes down, and a day or two after Valentine's, the goddamn Easter bunnies and eggs will arrive on schedule.

Can we, though, as thinking adults, all recognize the pervasiveness of advertising and still admit we have to hold ourselves accountable for being suckered by it? McDonald's isn't responsible for our obesity. And neither Vogue editors nor models like Adriana Lima should have to feel guilty because we're not happy with our own bodies -- any more than Michael Jordan or Cecelia Bartoli should have to feel guilty because we can't sink a three-pointer or open our mouths and have a Verdi aria come out. And though it was always a drag in grade school to realize you didn't get as many Valentines as some other kid, it's time to put that behind us, too.

It's not that I'm against the idea of a day devoted to romance; it's just that I hate the mandated feel of it. Some years back my wife and I realized that we had a much better time staying home on New Year's Eve, cooking dinner, opening a couple of bottles of champagne and watching movies than we did going out, when it seems we were expected to have the time of our lives. We had more fun (and more romance) with a bottle of Veuve Cliqout and a tape of "Tarzan and His Mate" than we did at some crowded party. Similarly, a few years ago, when a friend's husband found himself stuck in Switzerland with visa problems over Valentine's Day, we invited her over to share our dinner on the spur of the moment and we all had a great time. The next year, we invited some other friends, another couple, who were as wary of Valentine's Day as we were. Another terrific night.

A feeling of expectation even creeps into buying Valentine's presents for your sweetie. A friend of mine recently told me that on CNN Paula Zahn reported the results of a poll that showed 85 percent of men feel guilty about Valentine's Day presents. Will there be a bigger "No shit, Sherlock" media moment this year? Of course men feel guilty about Valentine's Day. There's something profoundly depressing when buying gifts becomes more a matter of checking off a list than using your imagination. A dozen red roses? Check. A box of Godiva? Check.

Those standbys might be more fun if the makers put some thought into them. Why doesn't Godiva or See's make special erotically shaped Valentine's candies? Why don't florists offer up some of those labia-like flowers in Georgia O'Keeffe's high-kitsch paintings? Wouldn't it be great to turn on the TV and see Merlen Olsen suggesting, "This Valentine's Day, why not order FTD's Georgia O'Keeffe Pussy Posies"?

Retailers are depressingly unimaginative. Been in any bookstores around Valentine's Day? Then you're sure to have seen the Valentine's table where alongside the few good ideas (usually the better sex manuals on the market), you'll find those godawful "gift" editions of love poetry or romantic affirmations that are about as romantic and erotic as undressing someone and discovering a pair of Mickey Mouse boxer shorts. How do you feel romantic giving something like that? It's like being seduced by Stuart Smalley. But what do you do if you feel that, as crummy as they are, those clichéd tokens are expected?

The best answer I've ever gotten came from a woman friend who told me that the greatest thing a guy can do on Valentine's Day is to give a gift that shows he's paid some attention to his sweetheart's interests. (Same goes for girls, I might add.) It doesn't have to be an expensive gift, as long as you exhibit some knowledge of who your s.o. is. What's your honey into? Knitting? Renaissance art? Cooking? Bowling? Interior design? Italian soundtracks of the '60s and '70s? (Honey, if you're reading this, that's a hint.) Some of those Michael Graves-designed kitchen utensils on sale at Target show a lot more thought to someone who's into food -- and are a hell of a lot cheaper -- than some generic red roses. Everyone gets red roses on Valentine's Day. How many people can say they have a chip clip designed by Michael Graves? (A steal at $1.99.)

But gifts are only a small part of Valentine's Day. You've still got to actually spend time with your valentine. And here's where expectation once again rears its ugly head so resoundingly that it can damn near keep other heads from rearing. Sure, you can engineer romantic encounters, and often, for couples whose lives have become schedule-laden races against the clock, those planned dates can be great. But if you feel like the weight of the culture is expecting you to have mind-blowing sex it can be a real turnoff.

My advice: Keep in mind that this is just a day, one largely the creation of marketing rather than some societal commitment to romance. Leave the heart-strewn department stores and displays and "What're ya gonna do for Valentine's Day?" questions of your friends and co-workers at the door. Relax. Maybe it's been a tough week and neither of you feels like sex that night. Maybe you'd just like oral sex, or perhaps you'd prefer mutual masturbation. That's fine. (Just remember the immortal words of Alec Baldwin in "Outside Providence": "Making sex is like Chinese dinner. It ain't over till you both get your cookies.") The point is to take it easy and to think of the time as being about shared pleasure.

What I propose is that all of us -- couples, singles, whatever -- start thinking about Valentine's Day as a day where we can indulge ourselves and stop feeling guilty about pleasure, whether it's taken with someone else or alone. Don't feel like you've failed your sweetie because you're not having dinner at the most expensive restaurant in town. It's crowded and noisy anyway. And don't feel like a loser because you're not seeing somebody at the moment. Do something that makes you feel good. There's no reason why you have to put your Valentine's Day happy ending in anybody else's hands. Unless you want to.