Did Liz and Dick love each other more photogenically than Ben and J.Lo? A new book makes it seem so. 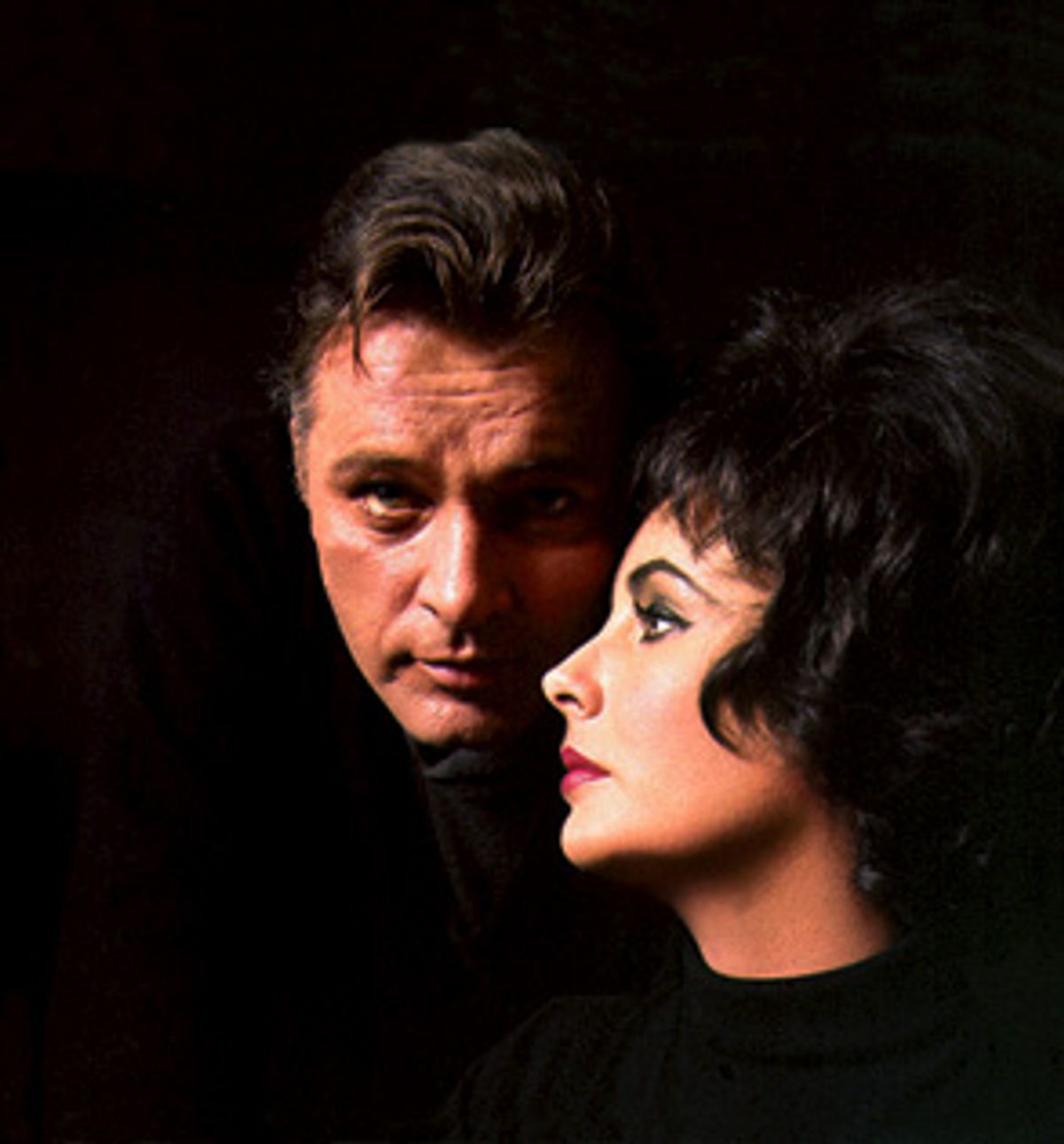 We crave great romance. We want to hear the love stories of others to learn how they came to be and to imagine how we might find our own. "Romance" is a loaded word, though. It can mean a tale of wonderful events. It can mean a story full of fiction and nonrealistic ideals and it always includes pain as well as joy. Most of all, a great romance must be a great story.

A new book of photography, "Portraits of Love: Great Romances of the 20th Century," has some partial, but great, stories. It includes only 10 couples, and most are from the 1940s to 1960s, so the subtitle is a bit grandiose, but the book is such a luscious visual bonbon that one overlooks its faults.

Instead we devour the photography of the iconic couples here: Marilyn and Arthur, Liz and Dick, Jack and Jackie, John and Yoko -- people whose talents and images were bigger than life and who look right in black-and-white. They belonged in a world where their bone structures and movements seemed classic as soon as they were captured. (Today we have J.Lo and Ben, Jennifer and Brad. They look better in color and seem more at home in People magazine than in a coffee-table art book.)

In "Portraits" each couple's story is told in a different format -- sometimes as an excerpt from a bio (like Lauren Bacall's "By Myself") or in interviews with people who knew the couple -- in one case a loyal hairdresser -- or through the writings of one of the lovers (like the touching goodbye letter from Alain Delon to Romy Schneider). No editor is named on the book cover, so the lack of a coherent theme here may be due to the absence of one person's vision for the project. But there are great quotes to be had.

Who could have imagined the tough Humphrey Bogart writing a letter to Lauren Bacall a week after they had finished making "To Have and Have Not": "I wish with all my heart that things were different -- someday soon they will be. And now I know what was meant by, 'To say goodbye is to die a little' -- because when I walked away from you that last time and saw you standing there so darling I did die a little in my heart. Steve."

Did people love larger before the days of numbing, all-pervasive cynical sexuality in the media? Did they swoon, hold hands, gaze into each other's eyes, and profess love more dramatically then than they do now? This book makes it seem as if they did, and even if it isn't true, isn't it lovely to think so?

And, perhaps because the people featured in the book were all in the public spotlight and many were in show business, the stories have a dramatic flair perhaps unreachable by mere mortals. In the description of the marriage between Orson Welles and Rita Hayworth is this passage: "During her lunch break, Rita left the set of 'Cover Girl,' leapt into a limousine chauffeured by a dwarf called Shorty and sped with Welles to Santa Monica courthouse. She was wearing a beige suit, Orson, a dark chalk-striped one, complete with pink shirt and bow tie."

We don't see such colors in "Portraits" (the only color shots are on the cover, of Liz and Dick, and in the section on John Lennon and Yoko Ono) but the black-and-white photographs are more appropriate to the feel of this book. They are timeless, classic and often journalistic. And the selections include moments of what seems to be true affection. The small moment, captured, says more about love than the wedding shots. One of the tortured couple Ari Onassis and Maria Callas shows her delicately whispering in his ear. And a series of the equally tortured Liz and Dick shows La Taylor very maternally fixing Burton's shirt cuff and hair and feeling his forehead like a worried nurse.

This is a slight book, but the details and nuances captured in many of the photos are reminders that romance is eternally alluring -- especially if it's between people with great profiles.