Could Southern politeness be hindering efforts to stop the spread of AIDS? 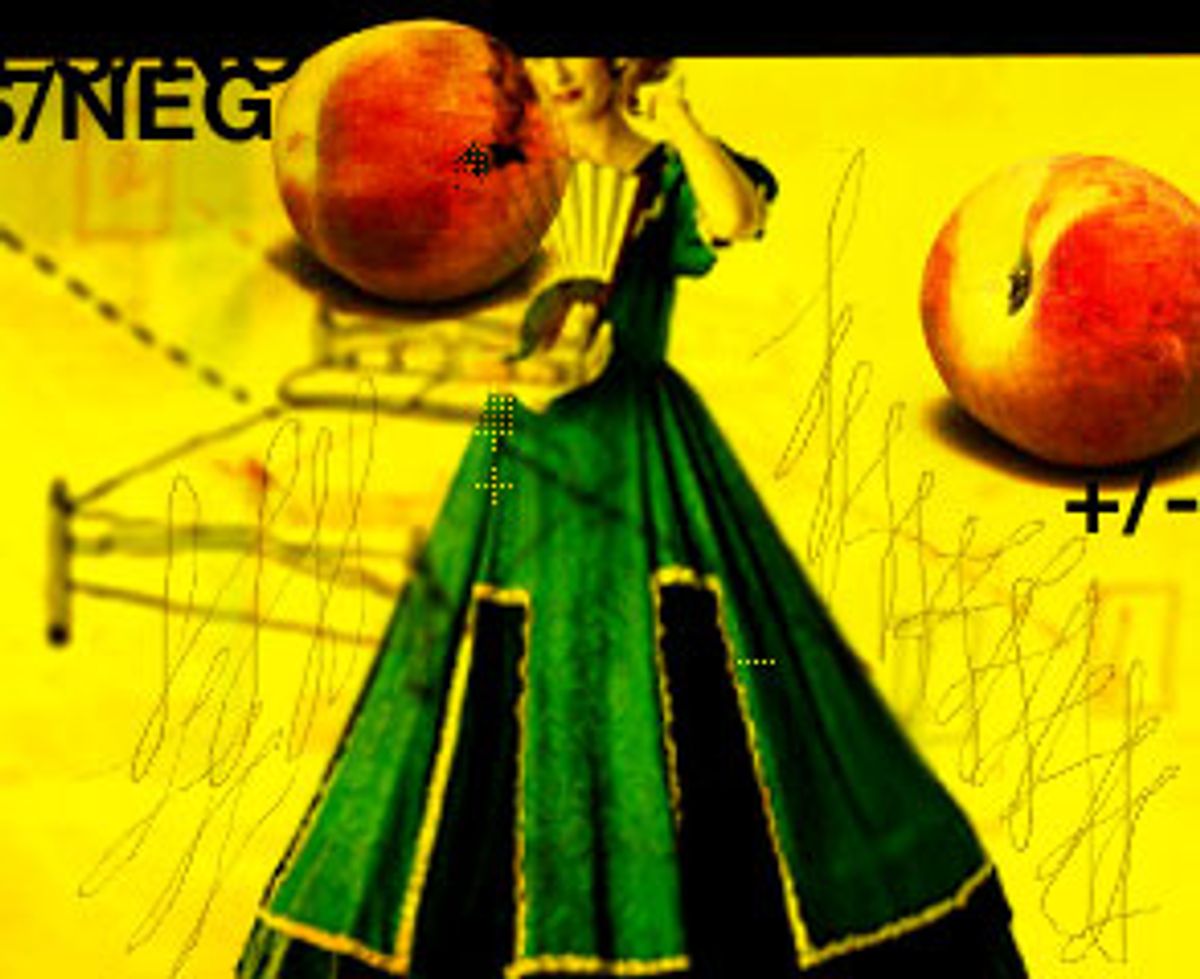 When the Centers for Disease Control announced last November that the American South has more people living with HIV and AIDS than New York or San Francisco, it came as a shock to people who've always associated AIDS with urban centers.

According to the CDC, the 17-state Southern region, from Texas to Washington, D.C., not only has more residents with HIV and AIDS, it also has the ugly distinction of being the only area in the country with a significant increase in infections (9 percent). And worse, the CDC says the South accounts for 40 percent of people estimated to be living with AIDS and 46 percent of the estimated number of new cases.

Why would the South's emphasis on civility and genteelness contribute to the rise of infection? Because one of the most effective ways to stop the spread of HIV is to know if your potential sex partner has it. Sexual behavior changes dramatically with that knowledge. It'll either prevent you from having sex with him or her in the first place, or severely limit what risks you're willing to take.

But unless your potential sex partner volunteers the information, the only way to know if he has HIV is to ask. Imagine what Southerners, some of whom still refer to the Civil War as "the recent unpleasantness," think of the propriety of asking whether you have a virus coursing through your body.

To test my hunch I conducted an unscientific poll of readers to my sex advice column (which runs in all regions of the country). I asked one simple question: "Who is the least likely to ask if you have HIV?" "Southerners," was the unanimous answer.

Dr. Brad Thomason is a psychologist and one of the main advisors to my column. He is a clinical supervisor for the Center for HIV Educational Studies and Training in the Chelsea area of New York City. Born in Kentucky, schooled in Louisiana and a resident of Georgia, Thomason agrees that the Southern tradition of avoiding "difficult" conversations has contributed to the rise of HIV and AIDS here.

When Thomason moved from Atlanta to New York he noticed a vivid difference: Southerners almost never ask or volunteer their HIV status while New Yorkers won't shut up about it. "I always ask my partners," Thomason says. "I know too much not to. But what I notice is that in New York I don't often get a chance to ask because my partners beat me to it."

Unlike Dr. Thomason, I do not have the privilege of saying I'm from the South, only the honor of saying I live in it. I've had plenty of chances to move but I've stayed for 17 years. I'm too enamored of the Southern trait of minding your manners.

I remember my first experience with Southern "indirectness." I was in a hot stuffy class waiting for the teacher. I was about to blurt out, "I'm hot, somebody open up a window," when I heard a guy say, "Is anyone else warm? A breeze would certainly be a welcome addition."

The charm of the euphemism is everywhere in the South. Where a Northerner might ask you why you're so freakin' angry, a Southerner would say, "Who licked the red out of your candy?"

Last month a girlfriend of mine came over with her dog, Millie. I blurted out, "God, Millie's gotten fat!" Now, that's not what a true Southerner would say. When my girlfriend's Georgia-born neighbor saw Millie he said, "Gosh, she hasn't missed any meals, has she?"

Sometimes the habit of indirectness goes beyond charm into the absurd. Take my friend Durrett. He and his two brothers are gay. Every year they take their boyfriends to Mississippi and have Christmas dinner with their mom. They've never come out to her and she's never asked why they keep bringing guys home instead of girls. Six men, a mom, a meal, and no mention of the obvious. It perfectly captures the paradox of the South: love, warmth and silence.

Unfortunately, silence is the shortest distance between social grease and spreading disease. Southern propriety doesn't just prevent Southerners from asking a question that might save their lives ("What's your HIV status?"), it -- along with school policies -- also prevents AIDS workers from communicating in ways to save those lives. According to Chris Parsons, director of community relations for the South's largest AIDS prevention organization, AID Atlanta, the South's reticence to speak about uncomfortable subjects effectively shuts down any meaningful dialogue about ways to keep people safe.

For instance, AID Atlanta does a lot of education in middle schools and high schools. They bring their message to classrooms, but according to Parsons, "We can't talk about HIV in the way we want because all sex education in the South is abstinence-based."

"We have strict guidelines as to what we can present, and it has to fit into an abstinence mode of thinking," says Parsons. "Our only saving grace is during the question and answer period, when the kids are allowed to ask anything they want and we're allowed to answer with a good deal of frankness."

When I ask him why I never see AIDS prevention messages in the South, even as paid public service announcements, he says it would be a waste of money. "What's the point of running ads if we can't use the words we know are going to be effective?" he asks.

Try using the F-word in the Bible Belt and see how fast you get the buckle against your hide. Or how fast government and private donations dry up. Some of the biggest donors to AIDS charities across the South are old money with even older views on abstinence and the use of four-letter words. Yes, they want the disease eradicated but not at the cost of being impolite.

Things are going to get worse before they get better as the disease shifts to African-Americans. They now account for 42 percent of all HIV/AIDS cases nationally and 53 percent of all cases in the South.

Anecdotally, black churches (the nerve center of much of African-American life) are far more likely to see AIDS as a homosexual disease (even though 33 percent of new infections are heterosexual) and far more likely to kick members out if they're perceived to be gay.

You'd think you couldn't get any more direct than asking a guy if he's gay. But that's actually considered an indirect question by AIDS scientists, especially when asked of minorities. Dr. Alvin Novick, Yale professor of biology and founder of the scholarly journal AIDS & Public Policy, knows firsthand how asking for somebody's sexual identity misleads prevention experts and misses opportunities to educate minorities.

"This big African-American came into the free clinic where I was conducting studies," said Novick. "And I asked him the standard questions, one of which is 'Are you gay?' His response was so menacing it actually scared me. 'I'm no faggot,' he snapped. 'You calling me a faggot?'!

"After he calmed down, once I established some trust, I asked him nonchalantly if he had sex with men. 'All the time,' he said. And that's when I knew my whole approach had to change with minorities."

Novick's experience also helps explain why CDC studies have a category labeled "heterosexual" but not "homosexual." Instead, the category is "MSM," men who have sex with men.

Novick says doctors, Southerners or not, have to be trained to ask impertinent questions if they're going to be effective. He remembers teaching a seminar on HIV when a doctor from North Carolina raised his hand. "I have a husband and wife I think are at risk for HIV," he said. "But I don't really know how to ask him if he's, you know, having back-door sex with his wife. What would you say to him?"

Novick told him, "I'd say, 'How often are you fucking your wife up the ass?'" The intern was so flabbergasted he actually left the room. "I wasn't there to teach politeness," Novick told me. "I was there to teach doctors how to stop the spread of HIV. And you can only do that by asking blunt questions."

Novick remembers one of the first arguments he had with a prudish supervising clinician who insisted that their HIV questionnaire use the words "vaginal secretions" when asking women if their partners performed oral sex on them. Novick thought the word choice was preposterous because the clinic served a low-income area with a heavily Latino population. He fought and eventually won over the supervisor when he showed that half the participants didn't know what vaginal secretions were. But when they were asked if they knew what Novick's term meant, there was 100 percent comprehension. His choice of words? "Cunt juice."

Dr. Novick wasn't always this blunt. He remembers shrinking back in horror at having to be so, um, undiplomatic. But he learned that patients will not be offended as long as you look them in the eye and ask the questions with sincerity and concern. And most important, "without judgment."

Southerners are indirect because they place great value on kindness. They do not believe in offending people and they see being explicit as offensive. There's a tradition here -- if you can't be kind, be vague. Problem is, you can't be vague with a plague. You have to be what Southerners find abhorrent: blunt and direct.

In "Gone With the Wind," when Aunt Pittypat is informed the Northern army had entered Georgia, she practically had to be carried into her house. "Yankees in Georgia!" she exclaimed. "However did they get in?"

Now as the realization sets in that HIV has invaded the South, its inhabitants are asking the same question. And true to form, they're being too polite to stop the rising infection rates. The very thing that makes the South worth living in is what's making so many of its people die in it. The South, ever mindful of its manners, is killing itself with its own kindness.