"The Safety of Objects" 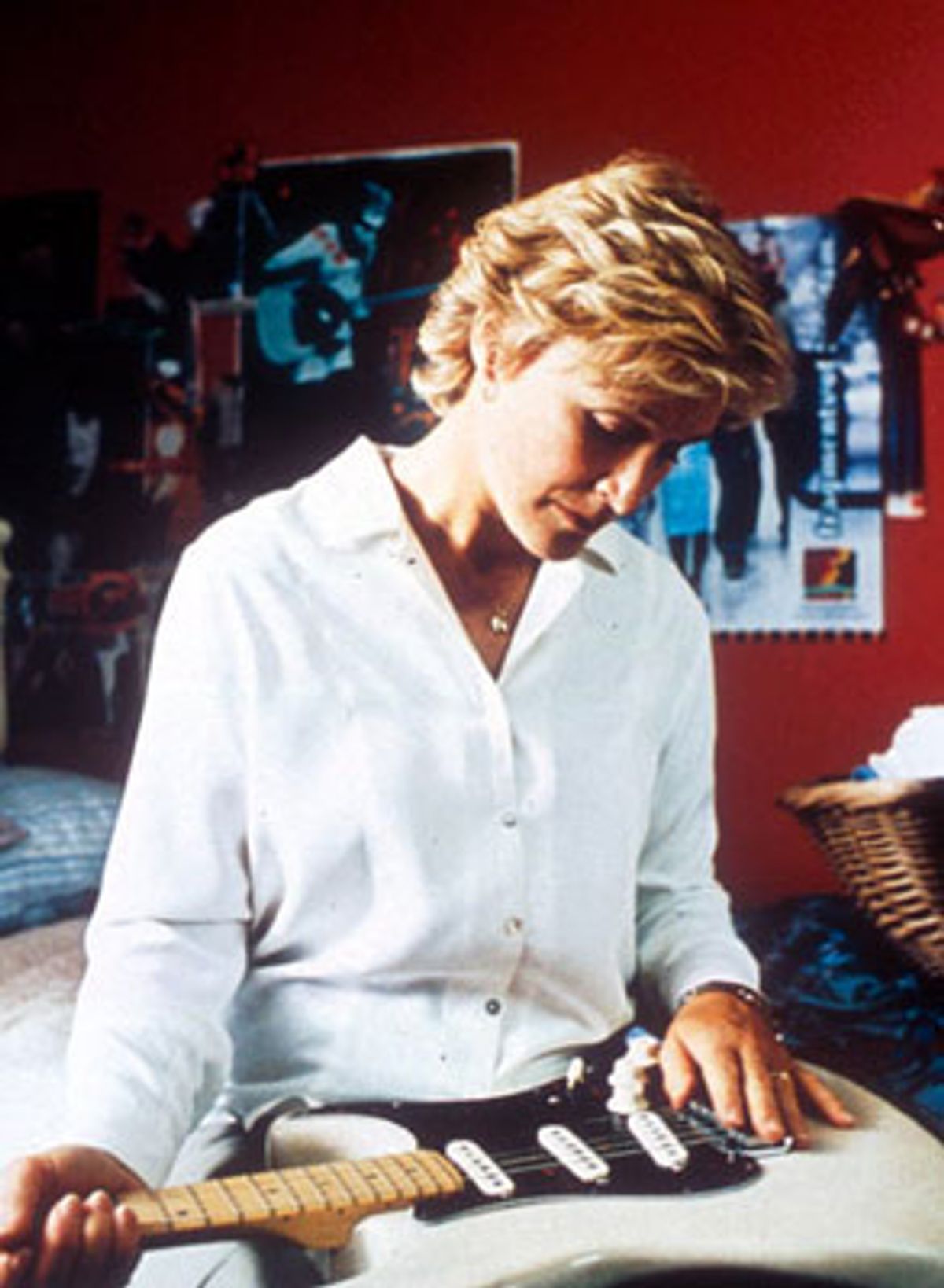 It's easy to worry about the fate of a lovely film like Rose Troche's "The Safety of Objects." It may be too subtle for mass audiences who are used to being led through the emotional points of a movie like passengers gliding in those little boats past the animated dioramas at Disneyland. And it could be too generous and tender in its view of suburban life to please people who relish the satires of Sam Mendes and Todd Solondz.

As an ensemble piece, "The Safety of Objects" doesn't make a platform for big performances the way indie hits tend to. All the acting in it is flawless, an overflowing handful of polished jewels, but this isn't the story of one person, or a couple, or even of a family. Troche (best known for the 1994 lesbian romance "Go Fish") has made a movie about a neighborhood and the alchemical means by which the residents of a block of houses become something more than just a bunch of people who live next door to each other.

It begins with breakfast -- coffee, cereal and illicit Pop-Tarts sneaked into the toaster when Mom isn't looking; husbands heading off in their suits to work in the city. The film deals out snippets of four families going about their morning business, never lingering long in any one household. Still, there's a detectable pall hanging over these people, even the most chipper ones, the suggestion of something not quite right, or something missing.

With Esther (Glenn Close), the cause is obvious. She's got a son, Paul, in a coma, lying upstairs surrounded by quietly beeping instruments and bottles of meds. With her bony, handsome face, Close usually gets cast as strong characters, but this role lets her delicacy show. She plays Esther as a kind, soft-spoken woman moving deliberately through her life, who every so often slows or pauses, her eyes going slightly unfocused, grief passing through her like a cloud.

Esther has a sullen teenage daughter, Julie, who is the object of yearning looks from the kid next door with the starter mustache and the security guard's uniform. His little sister, Sally, has a best friend, Sam, who isn't going to camp this summer. Sam's mother, Annette (Patricia Clarkson), says there isn't enough money, and later we see her leaving a painfully casual message on her ex-husband's answering machine, reminding him that the check is late and, hey, why doesn't he just come by to drop it off. It's been a while since the kids have seen him. Annette's lawyer, Jim (Dermot Mulroney), can't rustle his wife out of bed and so steps gingerly downstairs, eyeing his own squabbling kids warily, as if they were exotic animals he has no idea how to handle.

You have to pay attention to "The Safety of Objects." The film isn't cryptic, but it doesn't spell out everything in neon, and it's the tiny, wordless, fleeting moments that tell the most -- Jim's glazed panic at the thought of intervening in his kids' fight, Esther opening a big canister of Vaseline to smooth it on Paul's lips. We hear people discuss matters that have yet to be explained to us: Esther seems to be preparing to leave home for a few days and people keep telling her, "You don't have to do this." There are flashbacks of Paul playing guitar in a band in a bar where later we see Annette offering to buy a young man a beer in the middle of the day. Some of these people are not what they at first appear to be.

Although most of its characters are haunted -- or at least spooked -- "The Safety of Objects" isn't glum; even the saddest of the stories woven into its web has a jaunty humor, the product, surely, of Troche's intimate, unwavering attention to the little world she's made. Esther, it turns out, has decided to compete in one of those contests, held at the local mall, where whoever keeps his or her hand on a truck longest gets to keep it -- she plans to give it to Julie, who tells a radio DJ, "She knows it's going to make up for a lot."

Jim, at loose ends after walking out on his thankless job, breaking the family dishwasher and inadvertently "weeding" his wife's flowers, becomes obsessed with Esther's cause, camping out in the mall, fortifying her with bottled water and energy bars. Later, they're both wearing sweat shirts imprinted with "Esther the Victor" and a little picture of Close's face topped by a cartoon crown. It's a little disturbing, and comical and also unbearably dear. When Esther decides to give Jim a bit of advice culled from her experience in a hospital chapel during the night when her son was expected to die, she whispers, "If you are ever in a praying situation with Him, be specific. Include certain clauses. Because God has a wicked sense of humor."

In the movie's strangest subplot, Jim's son, Jake, conducts an affair with his sister's Barbie doll in which he gets to enact in advance all of the banalities of contemporary courtship. "You think I'm fat," the doll whines when he's suddenly unable to do, well, whatever it is he usually does with her. (He's always furtively closing his door so that no one spots the naked doll sitting up in his bed with the sheet covering her breasts. At one point she even grows pubic hair.) Meanwhile, Annette's ex complains that his children wouldn't be mad at him for not seeing them for four months if Annette weren't "making them aware of time ... Kids have no sense of time, Annette!" His new fiancée discreetly asks when she can send movers over to "pick up some of the bigger pieces, like the armoire."

"The Safety of Objects" is adapted from A.M. Homes' short-story collection of the same title, but Troche has completely transformed the book. Homes' cool, edgy fiction subscribes to the customary notion of the suburbs as a realm of anomie, boredom and selfishness. Troche's vision is more like John Cheever's -- there's alienation here, but also an untapped wealth of meaning and even magic. (A pretty moment in which Sam, Sally and Jake get into a swimming pool at night, carrying flashlights sealed in Ziploc bags, is pure Cheever.) Troche has taken the characters from Homes' entirely separate stories and given them parts in each other's lives, creating connection where in the book there's only free-floating detachment. The bleaker aspect of Homes' fiction elides into something more hopeful.

There are times during the film when Troche inserts a lightning-fast montage, cutting so quickly among all the different characters that you barely have a chance to register the images and how they echo each other: a hand flips up a light switch, someone's eyes open, somebody drops something, someone else somewhere else turns, startled. It's not just that these people's lives are intertwined by links of love, friendship, loss and longing; in some way, they are all part of a single organism without realizing it, just as they all have a tendency to look up at Paul's lighted window during idle moments. "I can see him from my room," a character says. "We all can," another replies. Their lives have all been arrested by the accident that put him permanently to sleep. That's the tragedy of what they share, but also, if they only noticed, the beauty of it, too.