Rats! Crispin Glover! Rats! Where did this remake of a '70s horror classic go wrong? 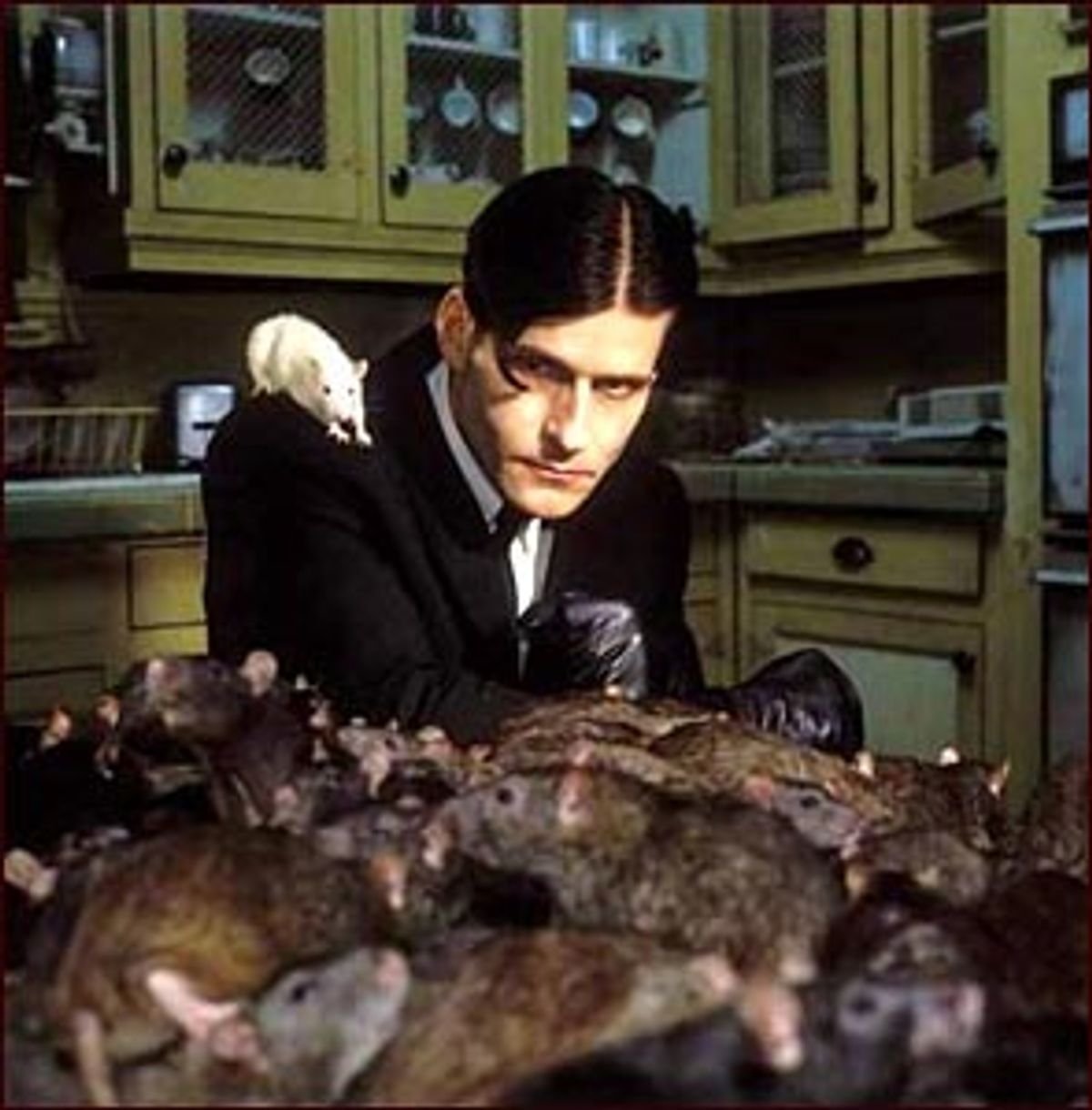 Here's the problem with "Willard" in a nutshell. This is a movie with Crispin Glover and about a zillion rats (not to mention piles of fake rat turds). But the strongest audience reactions at the preview screening I attended were provoked by an extra-yucky snot-take and an old lady's gross, horny toenail. Don't get me wrong; I approve of such things, especially in horror movies. But for the rest of "Willard" you're just sitting there, somewhere between mildly amused and fairly bored, watching the filmmakers squander Hollywood's most eccentric character actor and a lot of very fine specimens of the order Rodentia.

There's a scene late in the film, for example, where an attractive woman goes into the bathroom of a strange house and plants herself on the can (after blithely removing the duct tape that's holding it closed). We know perfectly well that a passel of angry rats is making its way north through the sewer pipes at that precise moment. It's a classic, hokey horror-movie setup, and it delivers zilch. No scares, no fake scares, no tension, no laughs, no nothing. She gets up, she flushes, she leaves and, oh yeah, here come those rats all right. Draining that scenario of any dramatic interest really takes some doing. I'm reminded of the old French joke about English shoes: This movie seems to have been made by people who've heard horror movies described but haven't actually seen any.

Casting Glover in this remake of the cheesy 1971 drive-in classic and adding some up-to-date special effects probably sounded like a great idea at the time. Hell, it sounds like a great idea now. Glover certainly creeps around the Edwardian corridors of the Stiles family's crumbling Brooklyn abode just as he should, wearing a suit that looks like it came off the discount rack at the morticians' supply house. He can imbue almost any meaningless line with dread, anxiety and self-loathing: "I'm going to bed now, Mom," sounds like the most misanthropic ravings of Kierkegaard or Schopenhauer.

But writer-director Glen Morgan lacks even the most rudimentary sense of narrative suspense or character development. In what seems like three minutes, we go from the eponymous Willard Stiles (Glover) learning that the basement is infested with rats to his realization that they can easily be trained to follow his orders and kill, kill, kill. Mwoo-ha-ha-ha! And we really don't learn anything about why Willard is such a weirdo, at least not until he delivers a shrieking monologue about his tremendous pain to his evil boss (R. Lee Ermey) when the movie is almost over.

All this is rather odd, since Morgan's 20-year writing career encompasses numerous episodes of "The X-Files" and "Millennium" along with the screenplay for the teen-horror hit "Final Destination." This is his directing debut, however, and while the camerawork is actually pretty pedestrian, he seems more interested in little nuggets of visual humor (like the brand of rat-killing gas canister called "Tora Bora") and random Hitchcock references than in the grunt work of telling a story.

There's definitely no reason to wax nostalgic over the first "Willard"; it's not a good movie. But it's precisely its low-budget quality, its rubber rats and its scarily overwrought performances from Bruce Davison, Ernest Borgnine and Elsa Lanchester -- and even the traumatic fact that Borgnine and Lanchester had been reduced to acting in this kind of film -- that lends it a clammy claustrophobia that's tough to shake. It's not possible to simulate that particular kind of grade-C, sub-Hollywood creepiness today, and Morgan's movie gets stuck in an unclassifiable rut somewhere between teen shocker and David Lynch-style indie.

The rats? Actually, the rats in this movie -- a blend of CGI, animatronic puppets and old-fashioned Rattus norvegicus -- are quite nice indeed. Willard's attention, as fans of the original will recall, is divided between a friendly and intelligent white rat he calls Socrates and the gray, hulking criminal genius he dubs Big Ben. These two are fine performers; I actually felt bad for ugly Ben that Willard keeps chasing him off the bed and flinging him downstairs, and then explaining to pampered Socrates that Ben has to learn to respect authority. Fat chance! Sure, Ben and Socrates may represent different levels of Willard's tortured psyche or whatever -- like, hey, do they really exist at all? -- but the fates of these two resilient critters came closer to affecting me emotionally than anything else in "Willard."

Just looking at Glover's enormous, lantern-jawed face, with its improbable Roman nose, is more or less its own reward. But you get the sense he has realized that Hollywood can't use him for anything except freak roles, either in low-budget outings like this or goofy bit parts in films like "Charlie's Angels" or "Like Mike." So he just shows up and does his shtick with a weak script and little direction (as do Ermey and Jackie Burroughs as Willard's semi-mummified mom, she of the toenails), and then moves on.

Glover's moment of maximum commitment here comes during the closing credits, over which he croons the impossibly bad Michael Jackson song "Ben," to delightful effect. (If memory serves, the song appeared in the 1972 "Willard" sequel of the same name, not the original. But hey.) Believe it or not, it's the second time we've heard the song during the film, and they might be the two best things that happen, horrible toenails aside. One thing this tells us is that this version of "Willard" is a complete waste of time. Another is that if you're going to exhume some '70s artifact this dubious, you might as well go all the way and make it a musical.