Why the Oscar audience was right to boo Michael Moore -- and applaud for Roman Polanski. 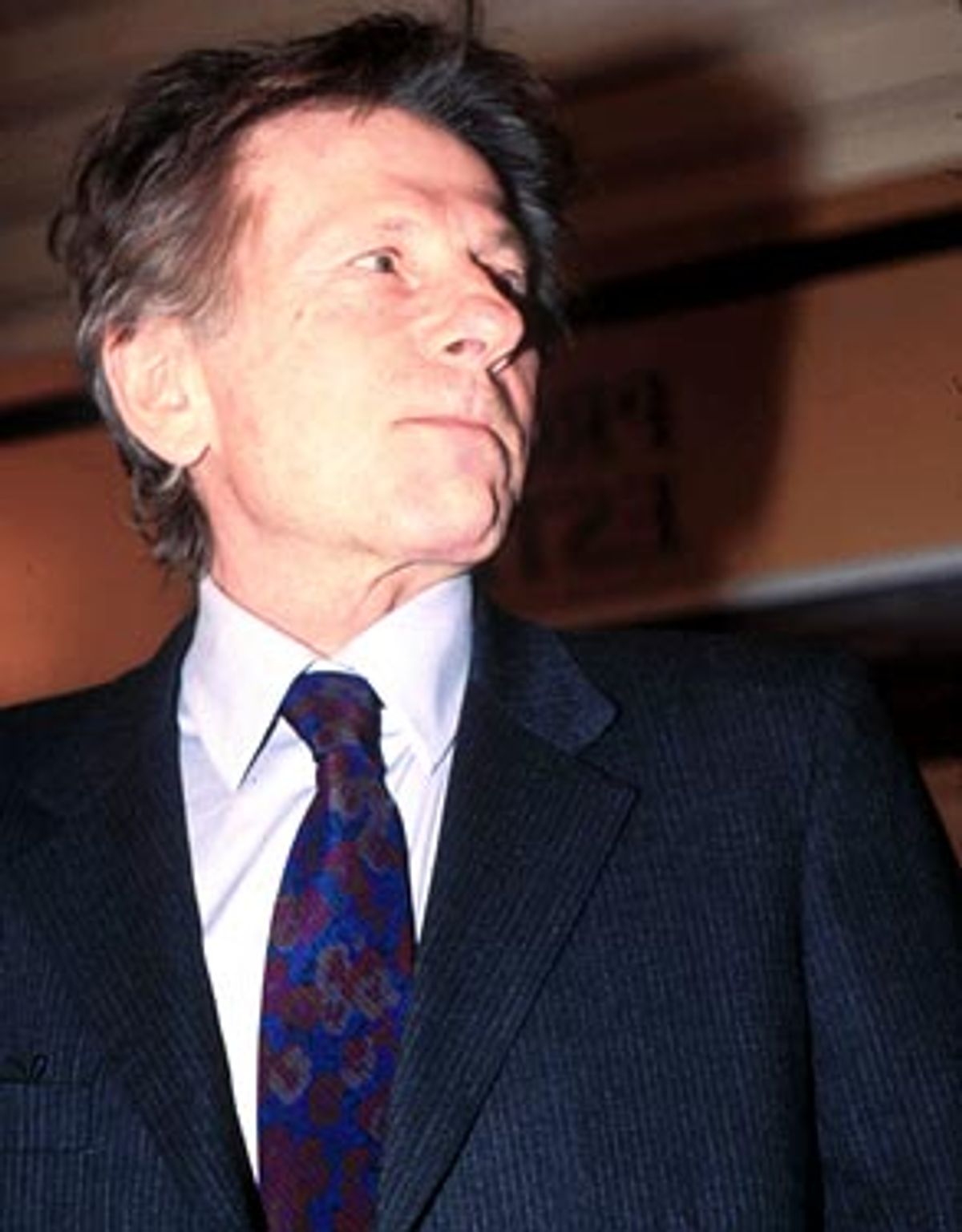 The inevitable debate about whether Roman Polanski should win a best director Oscar for "The Pianist" predictably had nothing to do with the merits of the movie but with the question of whether the academy should reward a man who skipped the country after pleading guilty to having sex with a minor -- as if Oscars, deserved or not, are given for someone's private life instead of their work.

I had hoped the argument would become inconsequential last month after Polanski's victim, now grown, married and with kids of her own, wrote an Op-Ed for the Los Angeles Times saying the award should be decided on the merits of his work and nothing else. She also went on CNN's "Larry King Live" with her lawyer and continued to upset people's preconceptions about how she should react. What may have been most upsetting to the people ready to lynch Polanski was that she didn't conform to the notion that a rape victim is forever destroyed by rape. Admittedly, she is the only person who knows how she suffered, and you'd have to be a fool to think it wasn't horrendous. The literature on what rape victims go through -- among it, memoirs like Alice Sebold's "Lucky" -- speaks to that. But some part of this woman seems to believe that to be destroyed would be to cede power to her rapist.

Still, if her insistence that an artist's life should be separate from his work was a mature and nuanced argument, it poses problems when it comes to Roman Polanski. Polanski is the hardest director to use to make the case that a filmmaker's art and life are always separate things. The first film he made after his wife and unborn child were murdered by the Manson family was a version of "Macbeth" in which the slaughtered babies that had always been offstage were right on screen. "The Pianist" is the closest he will come to an autobiographical film, having spent his own childhood hiding from Nazis in Poland; some of the film's incidents -- Nazis using Jews for target practice -- are right out of his autobiography. And, far less comfortably, it seems to me that in "Tess," (which came out just two years after he fled the United States) Polanski treats Alec D'Urberville with a lot more sympathy than Thomas Hardy did, filming D'Urberville's rape of Tess as something close to a seduction. And, before the maturity shown by "The Pianist" and "Death and the Maiden" (his best film before this one), there has always been an easy cruelty to Polanski's movies, a grim satisfaction in the worst, which he has gotten away with because of the awful ways violence has intruded on his life.

That said, I think the criticism that has followed the cheering of Polanski at the Oscars Sunday night is at best naive. I've heard people ask how a pedophile can be cheered while Michael Moore, an American speaking his own mind, can be booed. But the cheering of Polanski and the booing of Michael Moore by the audience at the Kodak Theater Sunday night are both of a piece and show considerably more sophistication than has been noted.

Polanski was cheered not because he raped a 13-year-old girl but because, after a long career with a lot of great work, he was recognized for what is probably his best film. With Moore, the question becomes how an audience that had cheered so enthusiastically when "Bowling for Columbine" was announced as best documentary started booing him a few seconds later. Is this just a case of the right-wingers in the audience making themselves louder than the left-wingers? I don't think so. Those boos were pretty widespread. Yet nobody booed Susan Sarandon when she flashed a peace sign, Gael Garcia Bernal when he told the crowd that Frida Kahlo would be against the war, Chris Cooper when he wished the audience peace. And the crowd rose to its feet when Adrien Brody invoked Allah as well as God.

A.O. Scott, who was present at the ceremony, wrote in the New York Times that the booing of Moore came even from people who share his politics. Why? I think for the simple reason that no matter what Michael Moore says or does, it's always, very plainly, about Michael Moore. Nothing Moore said struck me as especially wrong. What was offensive was that self-satisfied smirk he always wears, the "Oh, what a bad boy am I" grin of this Georgie Porgie of the left. He used the deaths of Iraqis and Americans to grandstand, to show that he wasn't going to be silenced by the Hollywood establishment, in a way that no one else who spoke against the war that night did. He craved those boos, would have been disappointed if he hadn't gotten them, because then he couldn't point to them to prove he was right and to show how brave he is to speak the truth.

And that's consistent with the way Moore, in his films, constantly uses other people as his stooges. How does he sell his "voice of the Little People" routine when those little people are consistently made out to be rubes, stupes and hicks in his movies? And, though this was a question the Academy dodged, how do you call him a documentary filmmaker (or "nonfiction" filmmaker, in the new critical locution) when the film that brought him to prominence, "Roger & Me," (not to mention "Bowling for Columbine") has been proven to be a series of lies, rearranged timelines, and incomplete "facts"? As my colleague at Slate, David Edelstein, pointed out, in Moore, the left has found its Rush Limbaugh, just as fat, stupid and dishonest and, if not in the Kodak Theater Sunday night, with just as many dittoheads.

One issue that's arisen about the alleged forgiveness of Polanski (and I see no proof that it was forgiveness) is that if a prominent director were found to be abusing boys, the reaction would be far more vociferous. Girls, the argument goes, are going to be having sex with men anyway, which isn't the case for all boys who are sexually abused by men. There may be some ugly truth in that, some lingering vestige of a refusal to take rape seriously, to treat it as a female rite of passage and an understandable male impulse.

But I think it's a mistake to compare Polanski's case to the outrage that accompanied the torrent of new allegations against Catholic priests raping kids. For one thing, the outrage about pedophile priests had something to do with their abusing a role comparable to that of a caregiver. Then there's the recency effect. While allegations against priests are nothing new, the scandal had never erupted in the full-blown way it did last year.

We've known about the Polanski case for over 20 years now. And what we know remains somewhat incomplete. The court documents were unsealed and are available on the Web, and reading them makes it clear that for the victim this was a case of rape. I believed Polanski's victim and her lawyer when they went on "Larry King Live" last month and said they agreed to the charge of "having sex with a minor" to spare her the trauma of having to testify in a rape case.

But let's not forget that the law was thwarted, not by Polanski, but by the judge in the case. The victim and her lawyer had reached an agreement with prosecutors and Polanski and his lawyer on a plea bargain when the judge took the unusual and unethical step of responding publicly (he held a press conference) to put pressure on him, and announcing he intended to give Polanski what would have amounted to a life sentence. Both Polanski's victim and her lawyer told King they were not surprised he skipped, and both placed the blame on the judge, who was more worried about his public image than in the disinterested application of law. If they were giving out prizes this week for maturity, this woman would get it.