A small picture about growing up and falling in love in New York's Lower East Side delivers far more than its own modest resources. 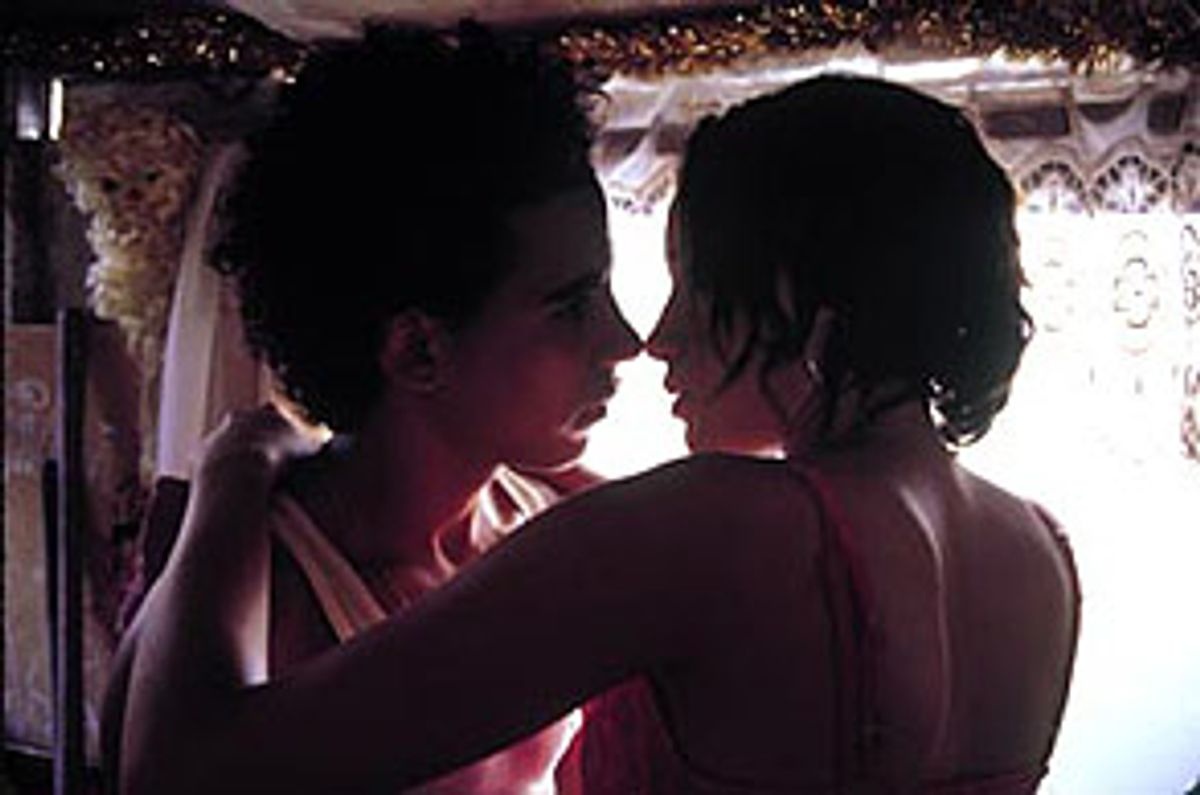 We live in a world where anyone with a digital video camera can make a movie, which means there's a flood of young filmmakers out there who believe the sky's the limit. Fueled by ambition and the feckless joy behind the idea of making art, they don't seem to have learned that part of the great art of filmmaking is knowing what your limitations are. I don't mean that young filmmakers should undervalue themselves or their skills, or that they shouldn't push beyond what they know they can do, technically or otherwise. But when there's not a lot of money to be had (and even a DV feature can end up being surprisingly costly), there's something to be said for stripping a movie to the bare essentials -- for starting with a simple but sturdy idea and marshaling your images in its service, and for relying on the power of your actors, rather than fancy filmmaking tricks, to tell your story.

Maybe that's why "Raising Victor Vargas," the feature debut by young filmmaker Peter Sollett, feels like a minor miracle right now. The movie -- which, incidentally, was shot on film and not DV -- is reasonably pleasing to look at but not particularly cinematic. The picture is set in New York's Lower East Side, but those environs, with their rows of scarred concrete apartment buildings and pleasantly weedy courtyards, tend to recede into the background: You sometimes feel the picture could have a stronger sense of place.

The jury is still out on whether Sollett has a great filmmaker's eye. But for now, he shows something that's infinitely more valuable in a young filmmaker. Aside from a bit of intentionally jiggly camerawork, Sollett doesn't seem to care about novel camera angles and cool cutting. In fact, I barely remember the cutting in "Raising Victor Vargas" at all. The scenes are joined smoothly and seamlessly, carried by the story's characters and the relationships between them. Sollett trusts that they'll be enough to engage us, and they are. "Raising Victor Vargas" is a modest and tightly focused picture, and its very directness makes it piercingly intimate. You might look at it and think only a young filmmaker -- one who hasn't yet figured out all the rules -- could have made a picture this simple and straightforward, but I suspect there are many older, more experienced filmmakers who still have to work hard at getting a similar sense of immediacy.

The story in "Raising Victor Vargas" is something of a nonstory: Instead of a plot, we're given a set of characters who get swept into a narrative flow, one that keeps us wondering what will happen next. Victor (Victor Rasuk) is a good-looking and somewhat cocky 16-year-old who, despite his relative inexperience with girls, has obviously bought into the idea that they can be won over by macho posturing. This is a neighborhood where a guy's reputation can be ruined if word gets out (and it surely will) that he's bedded an ugly girl. That's at least partly why Victor approaches the neighborhood vixen, Judy (Judy Marte), a kitty-cat-cool beauty who has made it clear she has no use for the boys in the neighborhood -- their he-man goonishness bores her, and she much prefers to hang out with her best friend Melonie (Melonie Diaz), a bespectacled cutie who follows Judy's lead but not without questioning it. Melonie doesn't like the arrogant posing of the neighborhood guys any more than Judy does, but there's something bracingly adult about the way she recognizes that that posturing is, for the guys, a way of protecting their real emotions -- just as she and Judy are protecting themselves by shutting themselves apart, asserting their womanly superiority even though they haven't quite gotten the hang of being women yet.

"Raising Victor Vargas" is all about getting the hang of things, and not just for its young characters. Victor has two siblings. His younger sister, Vicki (Krystal Rodriguez), is a pudgy, sullen adolescent who lives her life on the couch in front of the TV -- and yet beneath those layers of lingering baby fat, you still get the sense she's on her way to becoming something. Nino (Silvestre Rasuk), well-mannered and churchgoing, is just a few years younger than Victor. He's just starting to wonder how to get a girlfriend, and he asks Victor for advice (which mainly consists of Victor's rolling his eyes and telling Nino he should lick his lips more; he then demonstrates by rolling his tongue around his own lips with comical lasciviousness -- a 16-year-old's idea of what sexy is).

But Victor, Nino and Vicki are being raised by their 70-ish grandma (Altagracia Guzman), a tough, old-school granny whose saggy housedresses suggest a woman who's convinced herself to believe that sex never did her any favors. She knows all about womanizers from firsthand experience, so not only is she determined to keep Vicki protected from any potential beau, she also hopes to prevent Victor and Nino from becoming men at all. Grandma implores the kids to "be a family" with her, making them sit quietly while Nino performs a halting piano recital. When she makes Nino promise he'll always stay at home and play the piano for her, Victor rolls his eyes; but the truth is that while all three of the kids are aching to grow up and out of their cloistered environment, none of them wants to hurt the woman who raised them.

And so "Raising Victor Vargas" isn't just a movie about young people figuring out how to become adults; it's also about older people figuring out how to allow their kids to become adults. Sollett's movie is peopled with relatively inexperienced actors, but he guides them with an obvious sense of delicacy. For example, he knows the weirdly halting English of Guzman's Grandma is funny -- particularly when she's relaying, with grand hand gestures, how she grew up on a farm with 14 kids, drinking milk that had been freshly squeezed from the family cows' giant "titties." But Sollett doesn't treat her cruelly or present her as an object of ridicule. We see how wrongheaded her child-rearing approach is, and yet we understand her motivation completely; she's afraid of the world outside, having never had to navigate its changing contours. To her, it represents a dangerous wilderness, and she has no desire to throw her babies into it.

But "Raising Victor Vargas" is about needing to be in the outside world, no matter how bad we've been told it is. That goes for Victor, who gradually realizes that his manly-man act isn't going to win Judy over. And it also goes for Judy, who comes to understand that, while it's easier to dismiss all men as monsters than to actually get to know them, doing so means that she has to seal herself off from life. "Raising Victor Vargas" isn't exactly sexually explicit, and yet it's refreshingly forthright in the way it acknowledges that its characters either have had, or are likely to have, intense sexual relationships as teenagers. But for Victor and Judy, that future is only implied: The movie is really about watching the prickly tenderness between the two of them as their relationship unfolds in wobbly fits and starts. Both Marte (with her deeply intelligent, appraising cat's eyes) and Rasuk (who, even in the movie's early scenes, clues us in to the vulnerability behind his swagger) give terrific, fine-tuned performances that feel completely natural. There's nothing forced or amateurish about them. (The two previously appeared in Sollett's 2000 short film, "Five Feet High and Rising.")

Sometimes even big movies feel small and puny minutes after you've left the theater. But, small as it is, "Raising Victor Vargas" feels even more expansive after the fact. You get the sense that in making it, Sollett didn't waste a scrap. Talent, time, film stock, natural lighting, you name it: He made the most of everything he had, and he passes the savings along to us. We get to leave the theater holding onto something. It's economical filmmaking at its most generous.