In the Republican ranch lands of West Texas, the peace movement keeps a silent vigil. 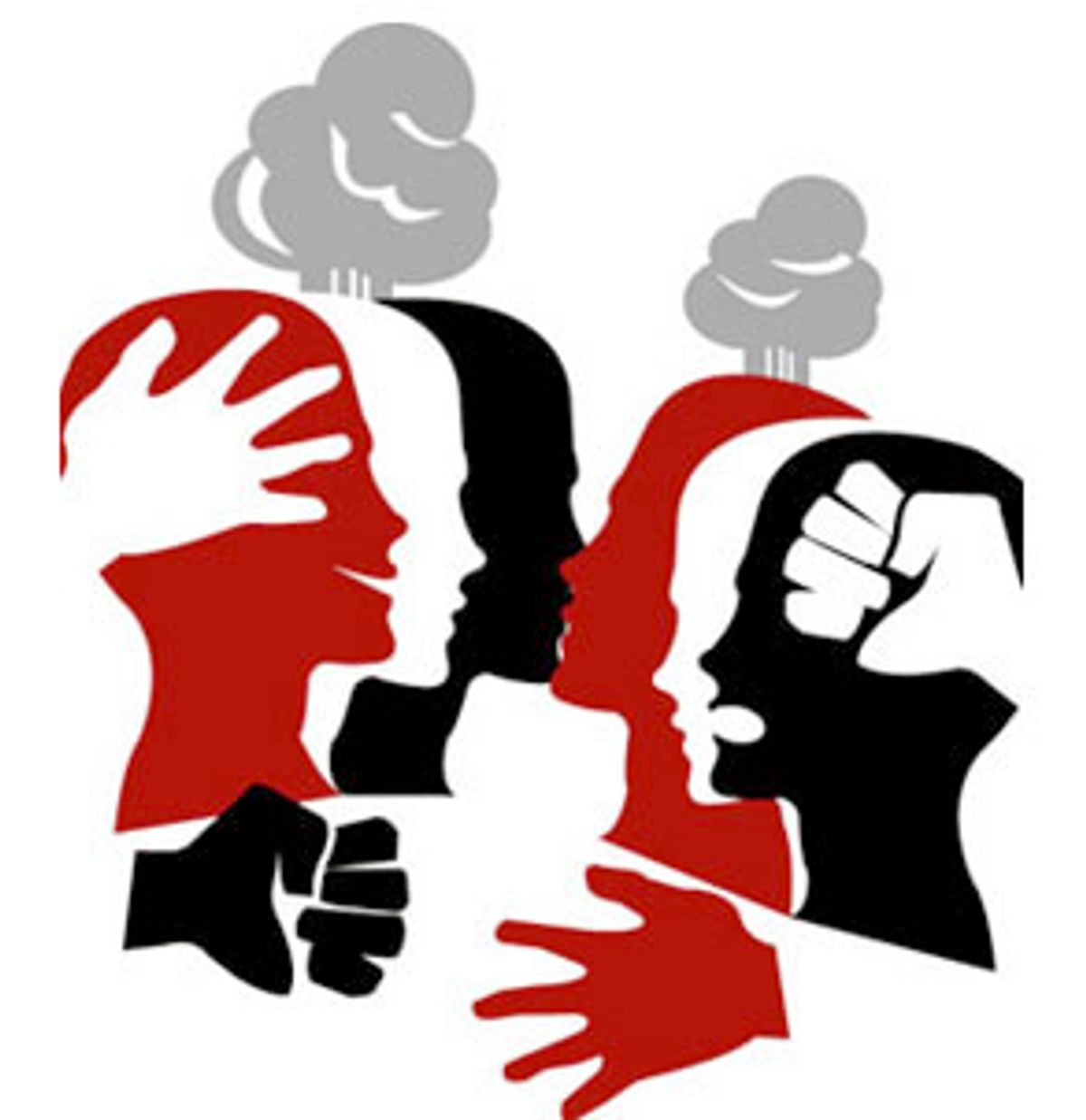 Alpine, Texas, population 5,786, is a two-and-a-half-hour drive to the nearest frappuccino, and support for the president and the troops is strong. Texans make up 18 percent of the U.S. Army, so many residents have family and friends in the military. On Holland Avenue, Alpine's main street, a huge American flag has replaced the Lone Star State banner at Pam and Ken Clouse's Cowboys 'n Cadillacs gift emporium. Jan Smith, who records the conversations heard at her quilting club for the weekly "Alpine Avalanche", concluded her March 27 column by asking God to "bless America and those who protect her."

But even here, in the straight-shooting Republican ranch lands of West Texas, the peace movement has found purchase -- on Holland Avenue across from the Amtrak station. Every Friday at 12:15 p.m. for the past four weeks, anywhere from six to a dozen people assemble in a parking lot. For a half hour they stand in front of lunch-hour traffic holding signs painted with slogans such as "NO WAR KNOW PEACE" "A JUST CAUSE NOT A JUST WAR" and "JUSTICE NOT JUST U.S." There's a plastic beer pitcher filled with origami peace cranes and miniature peace poles -- seven-inch-tall cedar pegs with peace messages in several languages.

Unlike the loud and theatrical acts of civil disobedience in New York and San Francisco, the Alpine protesters keep a silent vigil. Hectoring police or stopping commuters is not the way to win hearts and minds in West Texas.

"Block traffic?" asks housewife Dee Perkins, holding a poster board with the famous slogan "War is not healthy for children and other living things." "They'd run us over!"

"We don't want to be aggressive," explains another middle-aged protester, "because we don't support aggression."

Their 30-minute vigil serves as an emotional thermometer, showing the temperature for war and peace. Today, most drivers just stare. A few honk their horns in approval. An equal number become irate.

"What did he say?" asks Perkins. She sighs when told. "Usually they say things like 'crawl under a rock' or 'get out of America, you communist fucks.'" With combat raging, the protesters say they're unsure of what should happen next in Iraq. Should the bombings stop? Coalition troops return home? Leave the Iraqis to face their dictator? No one knows.

"Personally, I'd like to see a cease-fire," says David Corbin, a physics professor at Alpine's Sul Ross State University. "Give Iraq back to the U.N. and see what they can do with it. We have to stop killing civilians. We've done ourselves a lot of damage with this. We've squandered our prestige and credibility. And I'm not sure there's any solution that involves the U.S."

But the majority of Alpine doesn't seem to believe that peace is the answer now. Not with American troops already there.

"No matter what you think about the war, we're at least supportive of the troops," says Allyson Santucci, owner of La Tapatia Cafe. Santucci said she was originally opposed to the war but now just wants the troops home. "I think it's unfortunate they have to do the job that's asked of them; they need our support and love even if I don't support the policy behind it."

What Santucci doesn't want to see is protests blaming soldiers for any problems.

"I watched my friends in Vietnam come back and saw how the protests hurt them," she said. "They had a job to do and did it admirably."

Even in remote Alpine, tourists have been concerned about travel safety. Carla McFarland, proprietor of the historic Holland Hotel, a legendary ranching hostelry, said she's fielded a few calls from worried reservation holders.

"Yesterday I talked with some guy who wanted to know if it was safe to come to Alpine," she said.

"Since Alpine's in Brewster County which adjoins Mexico, it seemed they were concerned about fedayeen infiltrating over the border from Chihuahua," she snorted. "Security? I didn't tell him the Holland's housekeeping keys have gone missing for nine years."

What people do worry about is what comes next -- like the costs for occupying and reconstructing Iraq.

Joaquin Guerra wants Washington to level with taxpayers. "It bothers me," said the Sul Ross senior. "We need to pay for our military's salary, supplies and backing, and we've got so much need in this country. Now we're taking on this extra burden of colonizing, protecting and providing services for Iraq. It's going to be like taxation without representation."

Pete Smyke, another Alpine resident, wondered if the conflict will change the way future enlistees think about the military and its benefits.

"We don't think about it, but a lot of the kids who went into the Army did so to get money for college," Smyke said. "Whether you support the war or not, that's an important point, that we don't allow kids to have money for college unless they're willing to fight."

On Holland Avenue the half-hour vigil nears its end. The protesters make plans for returning next Friday. They say they'll stick to their schedule as March becomes April and heads into May. Before they leave, they hear one last comment.

"It's not the '60s, you hippies!" Another baseball-capped youth has popped out of an SUV moon-roof with the vocal force of a Fox TV pundit. But when a reporter asks him to explain his views for publication, the talking head and torso stop talking, apparently surprised by the request.

The vigil watches him disappear down the street.

"I feel dissent is a big part of what America is all about," says Corbin. "That's what I think our troops should be over there fighting for, our right to dissent here."

Later in the day five high school students stage a demonstration of their own. The group walk down Holland Avenue holding signs supporting the president and his administration's war efforts with slogans such as "ANARCHY'S GAY; IRAQ MUST PAY" and "BOMB BAGHDAD."

Yet one of their slogans summarized Alpine's conflicted mood these days.

"BUSH IS # 1," the sign said. Below it, in smaller letters, was another sentiment: "BUT WAR SUCKS."