The tyrant of Cooperstown 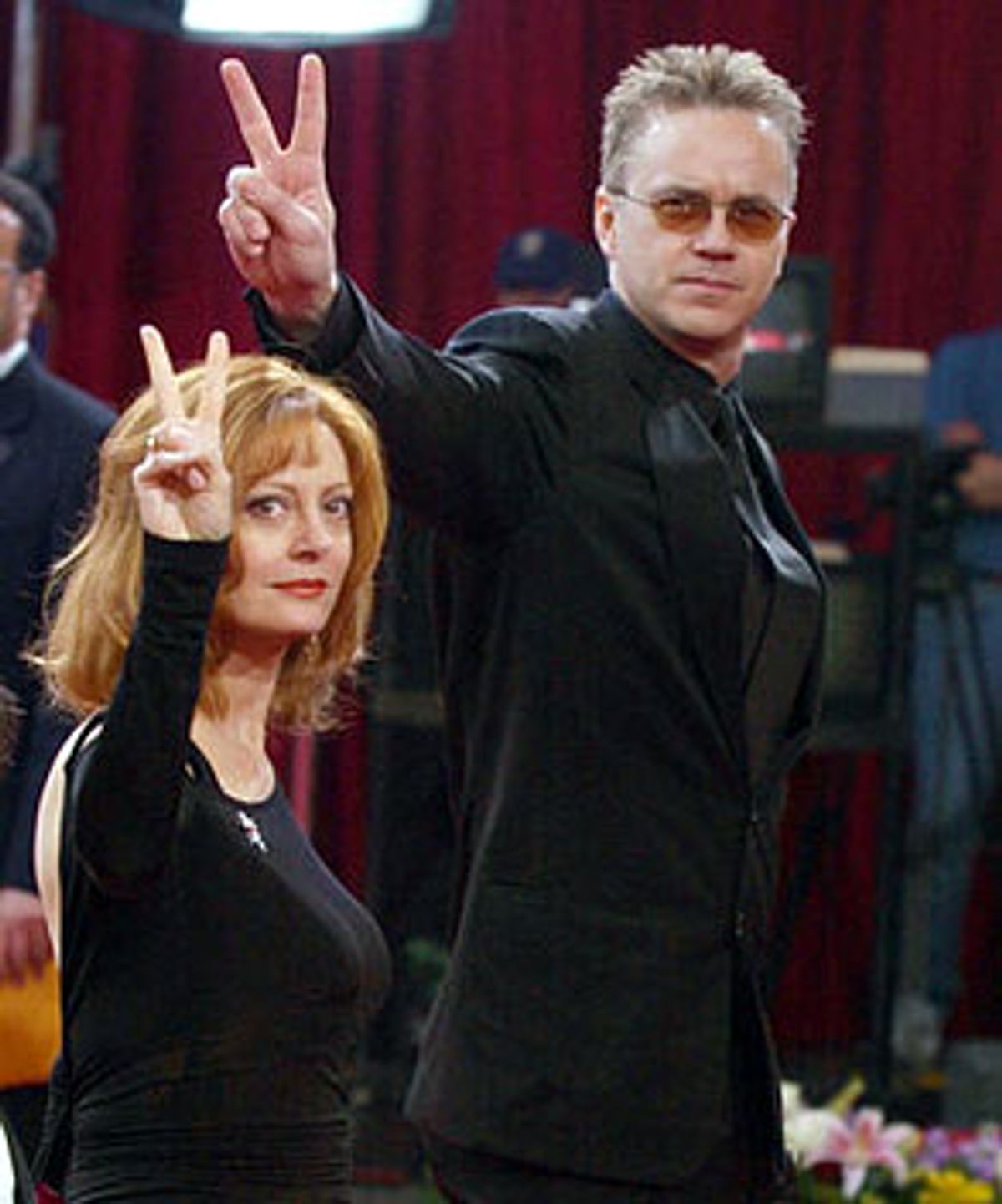 I'm not mad at Augusta National chairman Hootie Johnson for being a pigheaded boob in his refusal to admit women as members of the golf club that hosts the Masters Tournament. I'm mad at him for making me have to think about golf.

Dale Petroskey, though, the president of the Baseball Hall of Fame and a longtime Republican Party hack, I'm mad at for being a pigheaded boob.

Petroskey this week canceled a planned celebration of the 15th anniversary of the baseball flick "Bull Durham" because two of its stars, Tim Robbins and Susan Sarandon, have spoken out against the war in Iraq and President Bush. "In a free country such as ours, every American has the right to his or her own opinions, and to express them," Petroskey wrote in a letter to would-be participants quoted by the Associated Press. "Public figures, such as you, have platforms much larger than the average American's, which provides you an extraordinary opportunity to have your views heard -- and an equally large obligation to act and speak responsibly."

Translation: Hey, I believe in free speech as much as the next guy, as long as the person speaking agrees with me.

Petroskey, an assistant press secretary in the Reagan White House who also flacked for Elizabeth Dole at the Department of Transportation, went on: "We believe your very public criticism of President Bush at this important -- and sensitive -- time in our nation's history helps undermine the U.S. position, which ultimately could put our troops in even more danger. As an institution, we stand behind our President and our troops in this conflict."

It's not easy to make a couple of Hollywood stars look like the sober, reasonable, thoughtful ones in a political argument, but Petroskey has managed to do just that.

"To suggest that my criticism of the President put the troops in danger is absurd," Robbins replied in his own letter. "I wish you had, in your letter, saved me the rhetoric and talked honestly about your ties to the Bush and Reagan administrations." Robbins expressed dismay that Petroskey inserted politics into what had been a baseball event and closed his letter: "Long live democracy, free speech and the '69 Mets -- all improbable, glorious miracles that I have always believed in."

Well, where ya been, Tim?

In sports, the default worldview is conservative. A gay ballplayer coming out? Don't hold your breath, we're told, because the locker room is such a conservative place. People of color in high management positions -- or in the case of college football, even as head coaches? You have to be patient, we're told. It's an awfully conservative world, and these things take time.

When a sports figure espouses conservative political views, he's talked about as a guy who might go into politics when his playing career is over, and many of them do. If his views are a little lefty, he's warned that politics have no place in sports. Steve Nash of the Dallas Mavericks wears a T-shirt that says, "No war. Shoot for peace," and he's a disruptive element for his team. David Robinson of the San Antonio Spurs says everyone should just shut up if they don't agree with the president, and he's a role model.

Is there something inherently conservative about sports? I can't think what it might be. Competitiveness? One look at the squabbling, infighting left in this country will tell you that that's hardly an exclusive trait of the right. Teamwork? What's that but athletic socialism?

I don't get it. Sports has been at the forefront of social change in America. A decade before Rosie the Riveter and three before Gloria Steinem, Olympics star Babe Didrikson was proving that women could be admired for doing something other than cooking, cleaning and having babies. Seven years before Brown vs. Board of Education and two decades before he'd be able to stay at any hotel he chose, Jackie Robinson began the integration of major league baseball.

It's impossible to fully understand the civil rights movement without knowing about Jack Johnson, Joe Louis and Muhammad Ali. Martina Navratilova was open about her lesbianism long before it was semi-OK even for stars in the supposedly liberal entertainment business to admit their homosexuality.

Sports is a perfect place for liberalism. Look at the inclusiveness and multiculturalism on display. Behold the welfare-state mentality of revenue sharing, salary caps and reverse-order drafts, all designed to help the less fortunate compete. The most powerful union in the country is made up of baseball players. No wonder Emma Goldman loved baseball.

And I also love America, and one of the things I love about it is that we're all free to criticize our government, even in time of war. The great roiling free-for-all of the marketplace of ideas is what this country was founded on and what keeps it thriving.

How dare Dale Petroskey hijack his caretaker role in our national game and use it not just for political grandstanding, but for political grandstanding that seeks to stifle debate, that brands debate as unpatriotic. I don't know what could be more unpatriotic than Petroskey's view that dissent is bad for America. Perhaps he would have felt more at home in Saddam's Iraq, where no one ever engaged in "very public criticism" of the president.

Darn the luck for Petroskey, President Saddam seems to be out of office. Patriotic baseball fans should demand regime change in Cooperstown as well.