The sound bite and the fury

Literary bad boy James Frey says Dave Eggers can eat his dust. His self-promotion is tiresome, but his addiction memoir, "A Million Little Pieces," shows he has the right stuff. 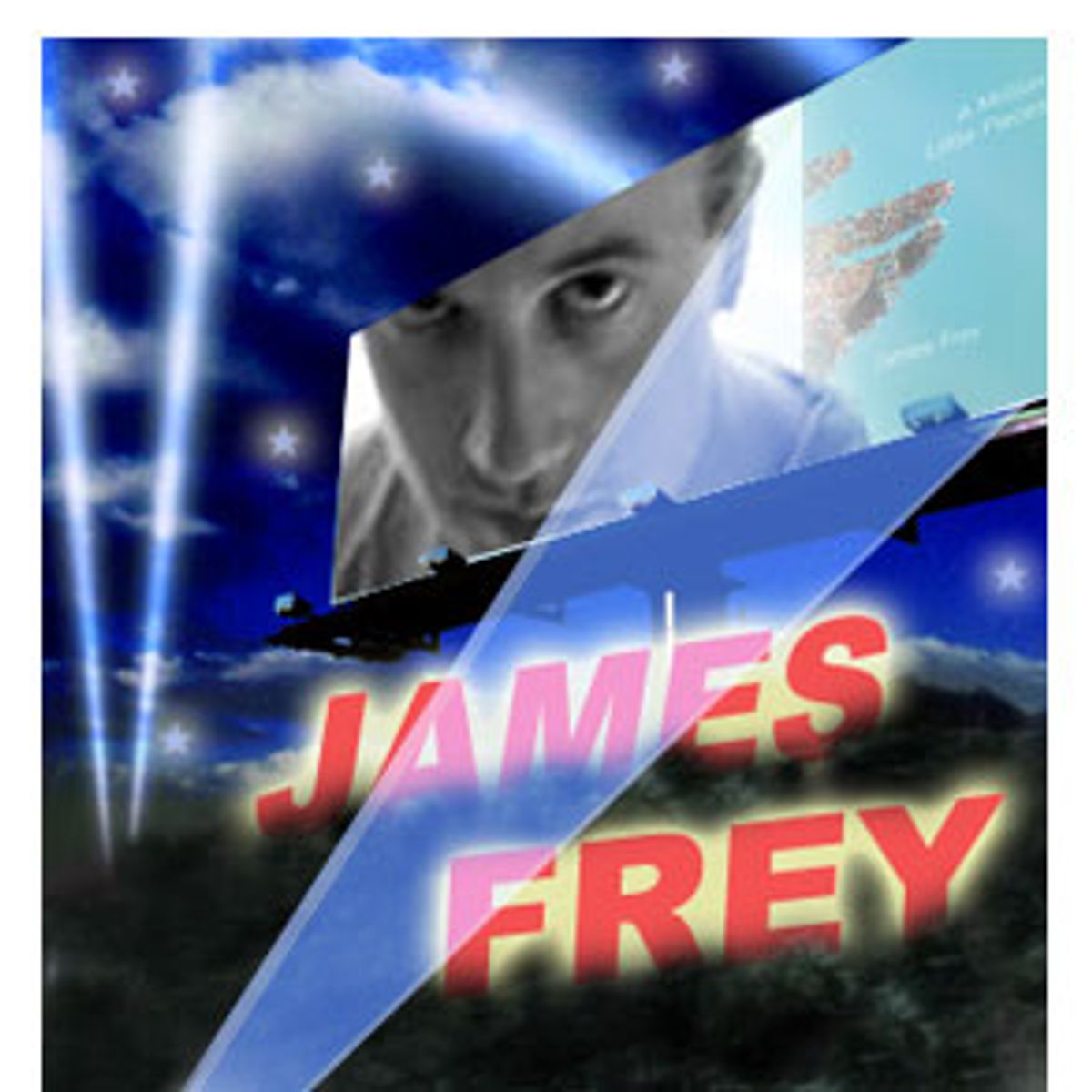 Should celebrity be classified as a controlled substance? Consider first the available medical literature: rambling and confused statements, delusional behavior, outbursts of megalomania, and in the case of People magazine's Steven Cojocaru, unflattering shags -- all triggered by the sudden and confounding infusion of quasi-fame. The blazingly dysfunctional path of today's insta-celebrities is not something children should be exposed to or, come to think of it, most adults. Enough fooling around, then. Bring on the PSA campaign.

And for campaign spokesman, please consider James Frey, the rising author who has, in effect, done the thing he swore never to do: He has traded in one addiction for another. That is, he has written a ballsy, bone-deep memoir about coming off drugs -- titled "A Million Little Pieces" -- which he is now promoting with such hopped-up, synthetically fueled mania that reading his interviews becomes a form of retox.

"A Million Little Pieces" has all the hallmarks of a Publishing Event. An eye-grabbing cover: the Buñuellian image of a human hand sheathed in micro-pills. A movie-ready subject: the near-death spiral and phoenixlike rebirth of a rich suburban kid. (Boy, Interrupted.) A string of high-profile blurbers: Pat Conroy, Bret Easton Ellis, Gus Van Sant. And, most telling of all, a publicity Anschluss, engineered by Random House's genteel Nan Talese imprint.

The big noise began with a now-famous New York Observer interview, two full months before the book's release, in which the 33-year-old Frey wasted no time sawing off the legs of his rivals. "I don't give a fuck what Jonathan Safran whatever-his-name does or what David Foster Wallace does. I don't give a fuck what any of those people do. I don't hang out with them, I'm not friends with them, I'm not part of the literati." Don't even get him started on Dave Eggers. "A book that I thought was mediocre was being hailed as the best book written by the best writer of my generation. Fuck that. And fuck him and fuck anybody who says that. I don't give a fuck what they think about me. I'm going to try to write the best book of my generation and I'm going to try to be the best writer."

And that was just appetizers. Before he was done, Frey had revealed: