Catherine Jelski's debut feature takes a cool, intriguing glance at a decadent Hollywood Hills party where the drugs go bad and the news gets worse. 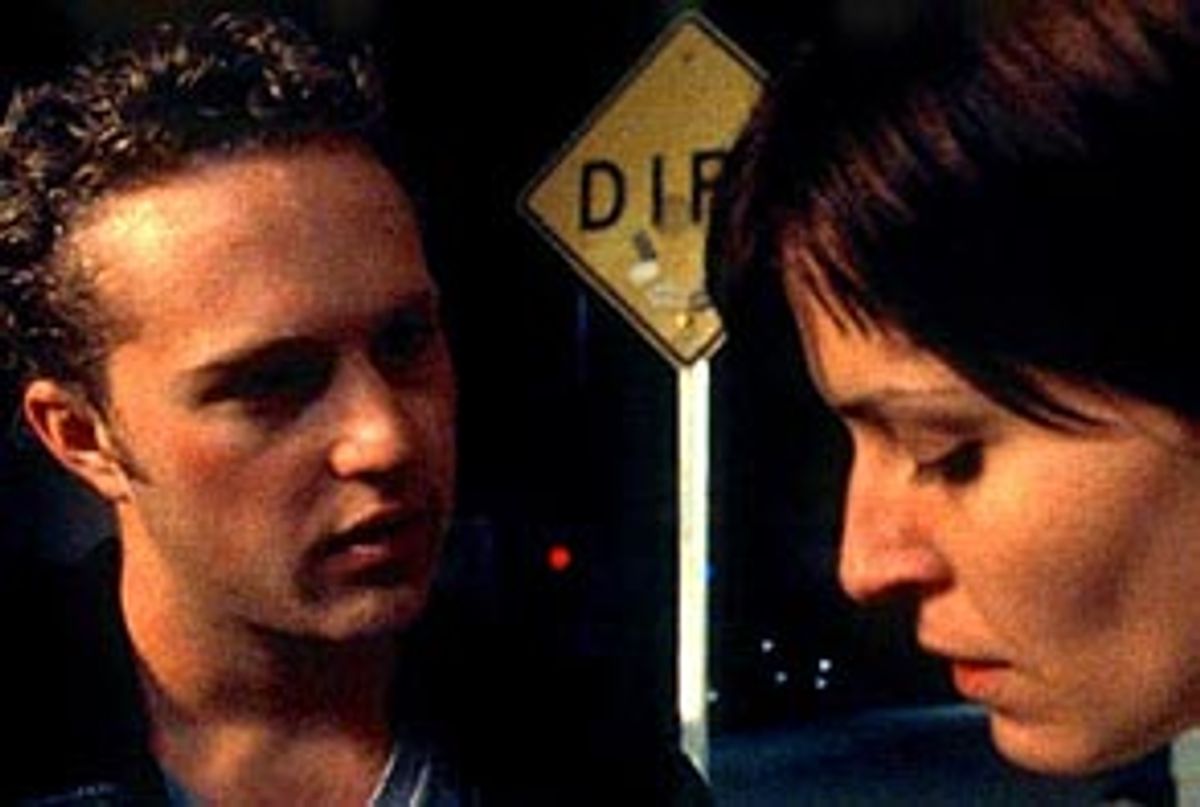 "Story is dead. Image is everything," says Charlie (Devon Gummersall), the baby-faced party animal at the center of "The Young Unknowns." But Catherine Jelski, the middle-aged film industry veteran who makes her directing debut with this crisp and dark little film set in the decadent youth culture of the Hollywood Hills, isn't buying much of anything Charlie says.

Jelski is in fact telling a story. It's about what happens to Charlie, the aspiring director who is the not especially likable protagonist of her film, on the day he gets some very bad news. It's easy to read too much into the random biographical circumstances of any artist, but I think the fact that Jelski is significantly older than her 20-ish characters works to her benefit here. She stands back and sees them with clear eyes; she isn't seduced by their intensely romantic view of themselves, but she doesn't hate them for being young, beautiful and stupid. She doesn't offer Charlie any cheap redemption for his selfish and careless behavior, but she also avoids easy condemnation. By the end of the movie, she's thrown him a rope. Whether he decides to grab it or not is up to him.

If a movie about a bunch of loud young fuck-ups doing drugs and derailing their lives can be contemplative, that movie is "The Young Unknowns." It isn't a masterpiece; there are occasional clunkers in Jelski's dialogue (adapted from a play by Wolfgang Bauer) and the acting, although superior to maybe 85 percent of Hollywood movies, is a little uneven. But those are the kinds of honest artistic wobbles I'm inclined to forgive without much reservation.

For one thing, Jelski's casting is daring, in its way, and I wish more American filmmakers would follow her example. She's taken four semi-familiar performers from the fringes of the Hollywood starmaking machine -- the kind of people who probably know the kind of people they're playing here -- and trusted them to do some real acting. Gummersall has appeared in more than two dozen minor movie and TV roles, but here he's rubbed raw, a spoiled kid who wants to be a hard-ass, does a lot of drugs, and talks "black" with his moronic best friend Joe (Eion Bailey), but who also hasn't remotely gotten over his parents' divorce and his mother's alcoholism.

As the movie and the day begin, Charlie is lounging around his dad's poolside house in the hills with his Spanish girlfriend Paloma (Arly Jover). She gets out of bed, fixes herself a blender drink and then another (and I think one more after that), but Paloma is nonetheless a little detached from the household's atmosphere of downward spiral. Debauched-party movies by now constitute virtually their own genre, and one of its conventions is that there has to be somebody at the party we can trust, somebody we know (or at least suspect) will survive the coming blowout, both physically and emotionally.

Paloma is that figure here -- Gábor Szitanyi's camera tends to linger on her for a few seconds, after the so-called action has moved elsewhere -- and Jover is the great discovery among this movie's four principal actors. A bony, slightly horsy gamine with a world-weary manner that makes her seem like the oldest of the four, she makes us understand that Paloma is carrying around something painful. It's something bad enough and self-defeating enough that she keeps hanging around with Charlie and putting up with his childish fits and petulant abuse, and we never get the slightest clue what it might be.

Charlie's father, Sebastyn (the voice of Simon Templeman, heard only on the phone), is an English director of TV commercials who's off shooting something in Europe and checks in occasionally in pitch-perfect semi-interested professional dad manner. Charlie's mother is in Vermont with a new boyfriend or husband and has apparently fallen off the wagon again. Charlie's refusal to listen to the messages or pick up the phone for anybody but Sebastyn -- it's an old device, but it works here -- means he doesn't find out how bad things are with Mom for most of the day.

Meanwhile Joe, an irritating über-hipster with close-cropped hair, retro aviator sunglasses and an unhealthy supply of crystal meth, has shown up with an aspiring model named Samantha (Leslie Bibb). Seconds after Joe comes through the front door, he and Charlie are wrestling in the foyer like stoned puppies. One of the many topics Jelski handles gracefully in "The Young Unknowns" is the question of Joe and Charlie's relationship, which, like so many friendships between young men, is not quite homoerotic but also not quite innocent.

Everything that happens in "The Young Unknowns" is ordinary and to some extent predictable, given a house full of rootless young people, bad drugs and alcohol. Joe tries to wheedle the hapless Samantha out of her clothes a bit too aggressively and ends up breaking her nose; she goes to the emergency room and then actually comes back to the party, sporting two black eyes and a bottle of painkillers. (Bibb does well with this small and difficult part, making this girl who's simultaneously innocent, willfully self-destructive and not too bright seem like a real person.) Paloma knows she has to get out of Dodge but can't quite tear herself away. Charlie finally gets a call from Sebastyn and starts drinking tequila out of the bottle. Joe scores more drugs.

But it isn't the dope, the anomie or the moral murkiness that makes "The Young Unknowns" memorable. It's the fact that Jelski has the eyes and ears -- the feelers, maybe -- of a legitimate artist. She's not trying to teach some bogus lesson about Kids These Days; this story (actually filmed in 2000) could be set at almost any point from the mid-1960s onward, and only the telephones, haircuts and clothes would have to change.

Jelski has clearly seen the films of Larry Clark ("Kids" and "Bully") but avoids the soft-porn quandaries he so willingly wallows in. She gives her characters the space and time to be themselves and make their own decisions; her feeling for empty, ordinary moments -- even on an extraordinary day -- is nothing short of exquisite. Most of all, Charlie, Paloma, Joe and Samantha feel like real people, not like movie pawns with clear "character arcs." In other words, most of the time they have no idea what they want -- except to get high and not think about things so much. Charlie gets through this very tough day the best he can, which means, frankly, he does a lot of things he's going to regret later. Can any of us claim that doesn't sound familiar?