A ham from God

On my 49th birthday, my back hurt and my soul hurt. But solace came in an unexpected form. 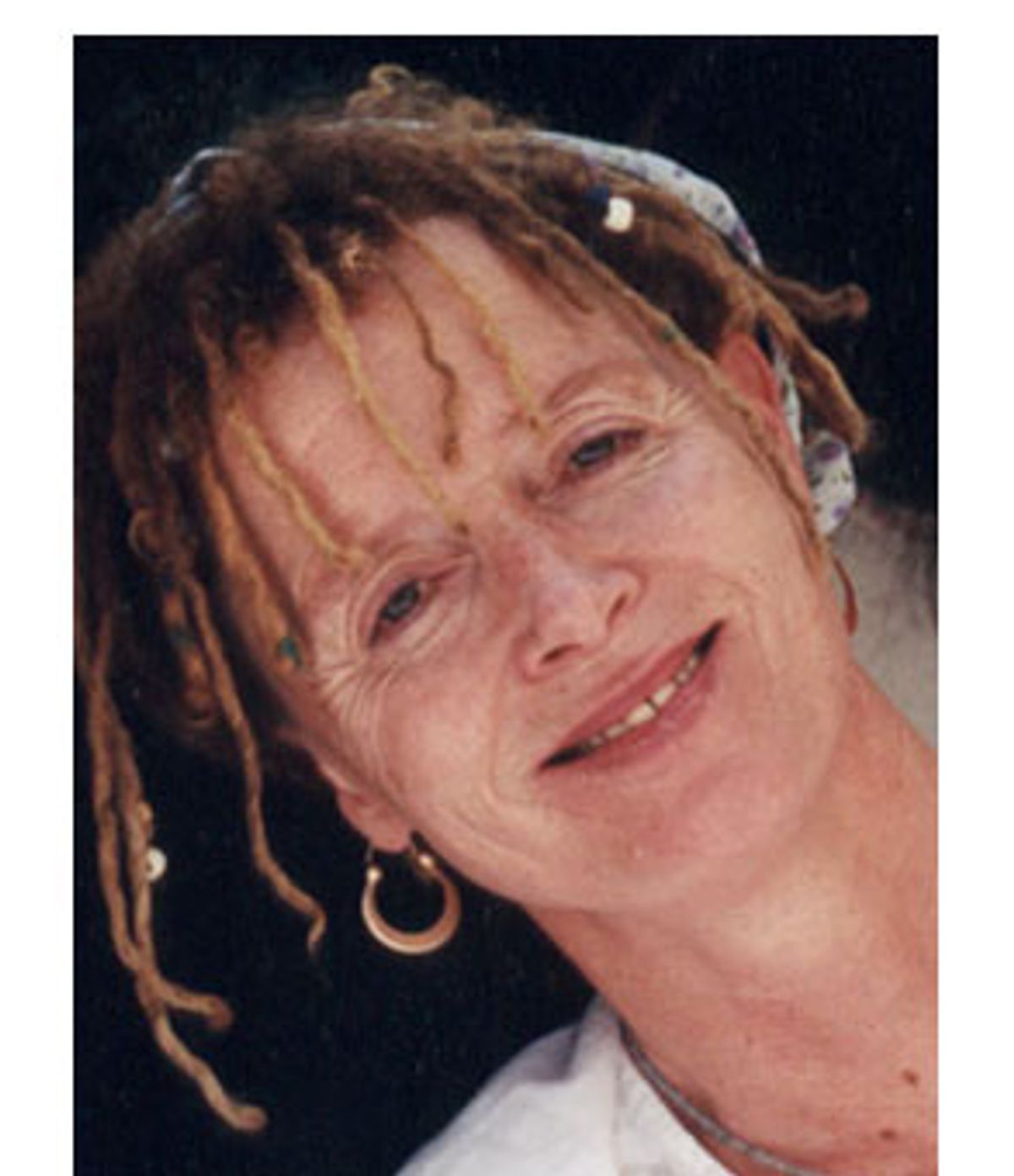 Last week on my 49th birthday, I decided we should all kill ourselves; that it's all hopeless. These are desert days. Better to go out by our own hands than to endure slow death by scolding. However, after I had a second cup of coffee, I realized that I couldn't kill myself that morning -- not because it was my birthday but because I'd promised to get arrested the next day. I had been arrested three weeks earlier with an ecumenical bunch of religious peaceniks; people who still believe in Dr. King and Gandhi. Also, my back was out. I didn't want to die in crone mode. So I took a long hot shower instead and began another day of being gloated to death.

Everyone I know is devastated by our heroic military activities overseas. A lot of us thought things were desperate after the 2002 midterm elections, but those turn out to have been the good old days. I can usually manage a crabby hope that there is meaning in mess and pain, that more will be revealed, and that truth and beauty will somehow win out in the end. But I'd been struggling as my birthday approached. So much had been stolen from us by Bush, from the very beginning of his reign, and especially now. I wake up some mornings pinned to the bed by centrifugal sadness and frustration. A friend called to wish me happy birthday, and I remembered something she'd said many years ago, while reading a Vanity Fair article about Hitler's affair with his niece. "I have had it with Hitler," Peggy said vehemently, throwing the magazine to the floor. And I have had it with Bush.

I think the United States has done a horrible thing. We crossed a country's borders with ferocious military might, to impose our form of government on a poverty-stricken nation, without any international agreement or legal justification. Now we're instructed, like naughty teenagers, to refrain from saying that it was an immoral war that set a disastrous precedent. You hear dozens of times a day on the news that life is better for the Iraqi people now. But will it be in six months? Will it be for my son's generation?

While I was thinking about all this, my priest friend Tom called to wish me happy birthday.

"How are we going to get through this craziness?" I asked. There was silence for a moment.

Tom loves the desert. A number of my friends do. They love the skies that pull you into infinity, like the ocean. They love the silence and how if you listen long enough, the pulse of the desert begins to sound like the noise your finger makes when you run it around the rim of a crystal glass. They love the scary beauty -- snakes, lizards, scorpions, the kestrels and hawks. They love the mosaics of water-washed pebbles on the desert floor, small rocks that cast huge shadows, a shoot of vegetation here, a wild flower there.

I like the desert for short periods of time, from inside a car, with the windows rolled up, and the doors locked. I prefer beach resorts with room service. But liberals are going to be in the desert awhile.

So the morning of my birthday, because I couldn't pray, I did what Matisse said once: "I don't know if I believe in God or not, but the essential thing is to put oneself in a frame of mind which is close to that of prayer." I closed my eyes, and got quiet. I tried to look like Mother Mary, with dreadlocks and a bad back.

But within seconds, I was frantic to turn on the TV. It was like a craving for nicotine. I was in withdrawal -- I needed more scolding. Henny Penny! Henny Penny! I needed more malignant celebration. All the news anchors seem to agree that Bush has pulled off a great victory, even though we couldn't find Saddam, or those rascally weapons of mass destruction. But I didn't turn on TV. I kept my eyes closed, and breathed. I started to feel crazy, and knew that all I needed was five minutes of Wolf Blitzer. If I could hold out a few hours, I could get a hit of Lou Dobbs' ecstasy of moral rightness. I listened to the birds sing outside; and it was like Chinese water torture. Then I remembered the weekend when 11 million people marched for peace, how joyful it was to be part of the stirrings of a great movement. My pastor says that peace is joy at rest, and joy is peace on its feet, and I felt both that weekend. It didn't matter that Bush said we were just a focus group.

I lay down the floor with my eyes closed so long that the dog came over and worriedly licked me back to life. That cheered me up. "What did you get me for my birthday?" I asked. She started to chew on my head. It helped. Maybe the old left is dead, but after we've rested awhile, we can prepare for something new. I don't know if Howard Dean can lead us, or John Kerry or Dennis Kucinich: I'm very confused right now. But I know that in the desert, you stay out of the blistering sun. You go out in the early morning, and in cool of the evening. You seek oasis, shade, safety, refreshment. There's every shade of green, and every shade of gold. But I'm only pretending to think it's beautiful; I find it terribly scary. I walk on eggshells, and hold my breath awhile.

I called Tom back.

He listened to me, gently. Usually he just starts calling out to anyone nearby that I am mentally ill beyond all imagining, and probably drunk and showing all my lady parts to the neighbors, but on my birthday, he listened. I asked him for some good news.

He thought awhile. "Well," he said finally. "My cactuses are blooming. Last week they were ugly and reptilian, and now they are bursting with red and pink blossoms. They don't bloom every year, so you have to love them while theyre here."

"We start by being kind to ourselves. We breathe, we eat. We remember that God is present wherever people suffer. God's here with us when we're miserable, and God is there in Iraq. The suffering of innocent people draws God close to them. Kids hit by US bombs are not abandoned by God."

"It also looked like Christ had been abandoned on the cross; It looked like a win for the Romans."

"You take care of the suffering."

"There are folks who are miserable here."

After we got off the phone, I ate a few birthday chocolates. Then I asked God to help me be helpful. It was the first time that day that I felt my prayers were sent, and then received -- like e-mail. I tried to cooperate with grace, which is to say, I did not turn on the TV. Instead, I drove to the market in silence, to buy my birthday dinner. I asked God to help me, again. The problem with God -- or at any rate, one of the top five most annoying things about God -- is that he or she rarely answers right away. It can be days, weeks. Some people seem to understand this -- that life and change take time -- but I am not one of those people. I'm an Instant Message type. It took decades for Bush to destroy the Iraqi army in three weeks. Chou En-Lai, when asked, "What do you think of the French Revolution," paused for a minute, smoking incessantly, and replied, "Too soon to tell."

But I prayed: help me.

I flirted with everyone in the store, especially the old people, and I lightened up. When the checker finished ringing up my items, she looked at my receipt and cried, "Hey! Youve won a ham!"

I felt blind sided by the news. I had asked for help, not a ham. It was very disturbing. What on earth was I going to do with ten pounds of salty pink eraser? I rarely eat it. It makes you bloat.

"Wow," I said. The checker was so excited about giving it to me that I pretended I was, too .

A bagger was dispatched to back of the store to get my ham. I stood waiting anxiously. I wanted to get home, so I could start caring for suffering people, or turn on CNN. I almost suggested that the checker award it to the next family who paid with food stamps. But for some reason, I waited. If God was giving me a ham, Id be crazy not to receive it. Maybe it was the ham of God, who takes away the sins of the world.

I waited ten minutes for what I began to think of as "that fucking ham." Finally the bag boy handed me a parcel the size of a cat. I put it with feigned cheer into my grocery cart, and walked to the car, trying to figure out who might need it. I thought about chucking it out the window near a field. I was so distracted that I crashed my cart smack into a slow-moving car in the parking lot.

I started to apologize, when I noticed that the car was a rusty wreck, and that an old friend was at the wheel. We got sober together a long time ago, and each had a son at the same time. She has dark black skin and processed hair the color of cooled tar.

"Happy birthday," she said, and started crying. She looked drained and pinched, and after a moment, she pointed to the gas gauge of her car."I dont have money for gas, or food. I've never asked for help from a friend since I got sober, but I'm asking you to help me."

"Ive got money you can have," I said.

"No, no, I just need gas," she said. "Ive never asked someone for a handout."

"It's not a handout," I told her."It's my birthday present." I thrust a bunch of money into her hand, all the money I had. Then I reached into my shopping cart and held out the ham to her like a clown doffing flowers. "Hey!" I said. "Do you and your kids like ham?"

She put it in the seat beside her, firmly, lovingly, as if she was about to strap it in. And she cried some more.

Later, thinking about her, I remembered the seasonal showers in the desert, how potholes in the rocks fill up with rain. When you look sometime later, there are already frogs in the water, and brine shrimp reproducing, like commas doing the Macarena; and it seems, but only seems, like you went from parched to overflow all in the blink of an eye.