Bill McKibben says that the brave new genetic world may give us better teeth and brains -- but it'll steal our souls. 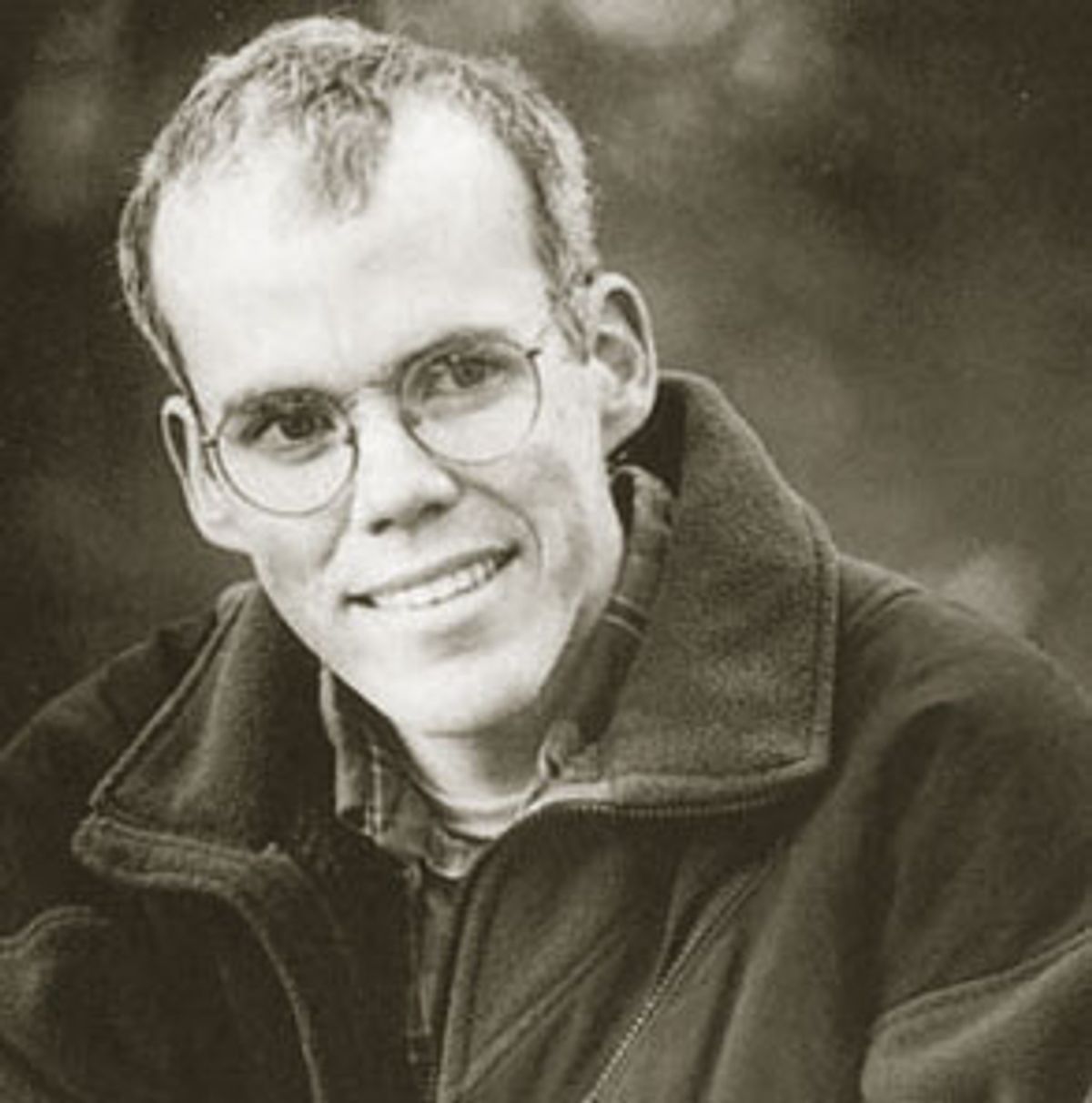 Bill McKibben, author of the renowned book "The End of Nature," has a new concern: the end of human nature.

In his just published book, "Enough: Staying Human in an Engineered Age," McKibben zeroes in on the prospect that new genetic technologies could ultimately be used to create "post-human" children, whose character and skills would be designed by parents or society. As McKibben sees it, when genetics merges with other new technologies, such as robotics or nanotechnology, the word "human" may not even be part of the equation. The greatest danger, he argues, comes not from any future genetic dictatorship, but rather from genetic or other technological enhancements that, at least on the surface, seem desirable.

The result, McKibben fears, would be the loss of what he most values in human existence, values he hopes others share. His new book surveys what scientists are cooking up, then delivers his meditations on the choices we will face and on whether we will have the wisdom to say "Enough."

While some experts doubt that the technologies in question will ever develop to the point that McKibben fears, others equally expert argue that it is just a matter of time. Earlier this year, University of Wisconsin scientists announced that they had successfully carried out targeted genetic changes in human embryonic stem cells, declaring they now had a technique "that allows us to manipulate every part of the human genome that we want."

The risks associated with genetic experimentation with human subjects present a major obstacle to perfecting this technology. But DNA double helix co-discoverer James Watson, for one, is unfazed: in his own new book he argues that scientists should proceed with the experiments even though "they put lives at risk." For McKibben, this is unthinkable.

McKibben spoke to Salon about the Watson worldview, the politics of genetically modified humans, and his own view of the human future.

A theme of a recent talk you gave to the Rachel Carson Society was "the legacy of questioning progress." Lately your writing has been focusing on human genetic engineering. What's the question that you are pursuing in this area? And what kinds of conclusions have you come to?

The first such threshold issue was nuclear weapons. The second one is climate change. And the next great one is this question of whether or not we are going to tinker with human genetics -- in particular, with the human germ line: with making genetic changes that we will pass on to future generations.

This technology is much riper than people understand. We've performed large-scale changes on every other mammal that you can name. And we have the capacity to begin to do it with people. There are teams of people now trying to clone human beings. Quite likely, we'll succeed. This is a fateful moment. If we go past it, then what our definition of a human being will change. We will think of ourselves as an endlessly improvable species, and that will have all kinds of sad effects.

For me, the saddest ones have less to do with all the practical dangers, or even with the very clear dangers to democracy, than with the even more basic questions of identity and meaning. It's extremely hard in the modern world to carve out an identity as it is, a thoroughgoing, full identity, because we have so little context in our lives. But now even our very individuality will be up for grabs. If you turn out to have been engineered by your parents to have a certain temperament or a certain kind of intelligence, you will spend your entire life unclear [about] what is you and what isn't, in a far deeper way than we have ever had to confront before.

So the point of this book, "Enough," is that we are reaching one of these really significant points in human history where we have to decide if we have enough power already and whether we can afford to bypass some. My contention is that we can, that human beings as currently constituted are good enough. In fact they're kind of wonderful in a lot of ways. And that it would be a grave mistake, for any reason, to begin to undermine that.

Happily, the technologies are such that you can use other, much less dangerous genetic technologies to deal with questions of human disease, to deal with cystic fibrosis or sickle cell anemia or the other sadnesses that are genetically transmitted. You don't need to do that kind of fundamental re-engineering of human embryos to accomplish those ends.

People don't realize that and tend to think of it all as a piece. Happily it isn't. One of the points of writing this book is to begin to explain those distinctions to people.

Watson's biggest argument is that the epidemic he's most concerned about is the epidemic of human stupidity, and that's what we need to save people from by engineering their brains to make them work better.

James Watson has a very good brain for a certain kind of scientific inquiry. But I think there's very little indication in his other thinking that he sets the kind of standard for what we should aspire to in the human brain in general. I think we're OK without the upgrade.

When I interviewed Watson, he specifically mentioned germ-line engineering as a salvation from viral epidemics like AIDS.

The places where AIDS is endemic, across Africa, across Asia now, even across the poor parts of this country -- no one is seriously talking about doing germ-line engineering of tens of millions of embryos of poor people every year. That's a complete joke. I mean, you can't come up with 50 cents a year to provide them with bed nets to keep them from getting malaria.

We're not going to put IVF [in vitro fertilization] clinics in every corner of the developing world. Germ-line engineering is a technology aimed at the very rich to allow them to act out their whims and fantasies on their children.

So you would ban germ-line engineering? Is this one of the areas of progress that you would not want to be pursued, and instead we should enact laws forbidding its application to humans? If so, would you apply such a ban to other species as well?

Just to be clear: If I went into an IVF clinic and I said that I carry a high risk for diabetes, and we've come up with a genetic solution to that, you would say...

I would say that if you have a disease that's genetically determined and so serious that it needs to be dealt with, then let's use some other technologies, like pre-implantation genetic diagnosis or something like that, if it's a truly tragic disease like cystic fibrosis and you're determined. Just like we use genetic screening of parents now to avoid those sorts of things. That makes some sense. But if the question is, should we begin engineering embryos against prospective problems that may someday develop? then, no. It's the double black diamond ski slope of all slippery slopes.

Given the relative quiescence and even antagonism of much of the American public in responding to the challenges of self-induced climate change, how do you think about the prospects for politically responding to a challenge like germ-line engineering?

The advantage of human genetic engineering over climate change is that we haven't done it yet. When you're dealing with climate change, you have to go and rewrite the entire basis of the economic system to get at it. That's a hard task, and it's been a hard one since the beginning. This will be a hard task for other reasons, but at least we're not already deep into it.

Social conservatives, including opponents of abortion rights, have been so vocal in their own opposition to human cloning. Does that make you uncomfortable politically?

My intent is not to promote alliances with social conservatives. My intent is to make progressives understand that this is a really dangerous issue that they need to take on. So my allies in this are people like Judy Norsigian [of the Boston Women's Health Collective] or Tom Hayden or Greenpeace or all the other people who have taken this stance.

Have you ever taken a day or an evening or a weekend and thought through the possibility of re-engineering the human species? There are scientists and even bioethicists who are actively promoting it, saying: "Let's go for it. Let's really alter the human species. There is no essential human nature that we need to protect. Whatever we call human nature is part of the problem, maybe even part of the problem that won't allow us to adequately respond to the climate change that we've induced." Have you ever allowed yourself to pursue that line of fantasy, if not thought, and consider it as an option?

You know, it's entirely possible to make the case that human beings are a huge problem and that we'd be better off with something else in their place. Of course, everyone who's ever dealt seriously with environmental issues or issues of war and peace, or any other of the great human failings can think that. For me, we remain a sweet, interesting, intriguing species, full of enormous potential that we have yet to fully realize. I think that we've got all kinds of room to find out good ways of being human within our biological limitations.

Ralph Brave is a science writer who lives in Davis, California.