Andrei Konchalovsky's first masterpiece in 20 years is a wrenching melodrama set amid the Chechen civil war. And Bryan Adams is in it. Really. 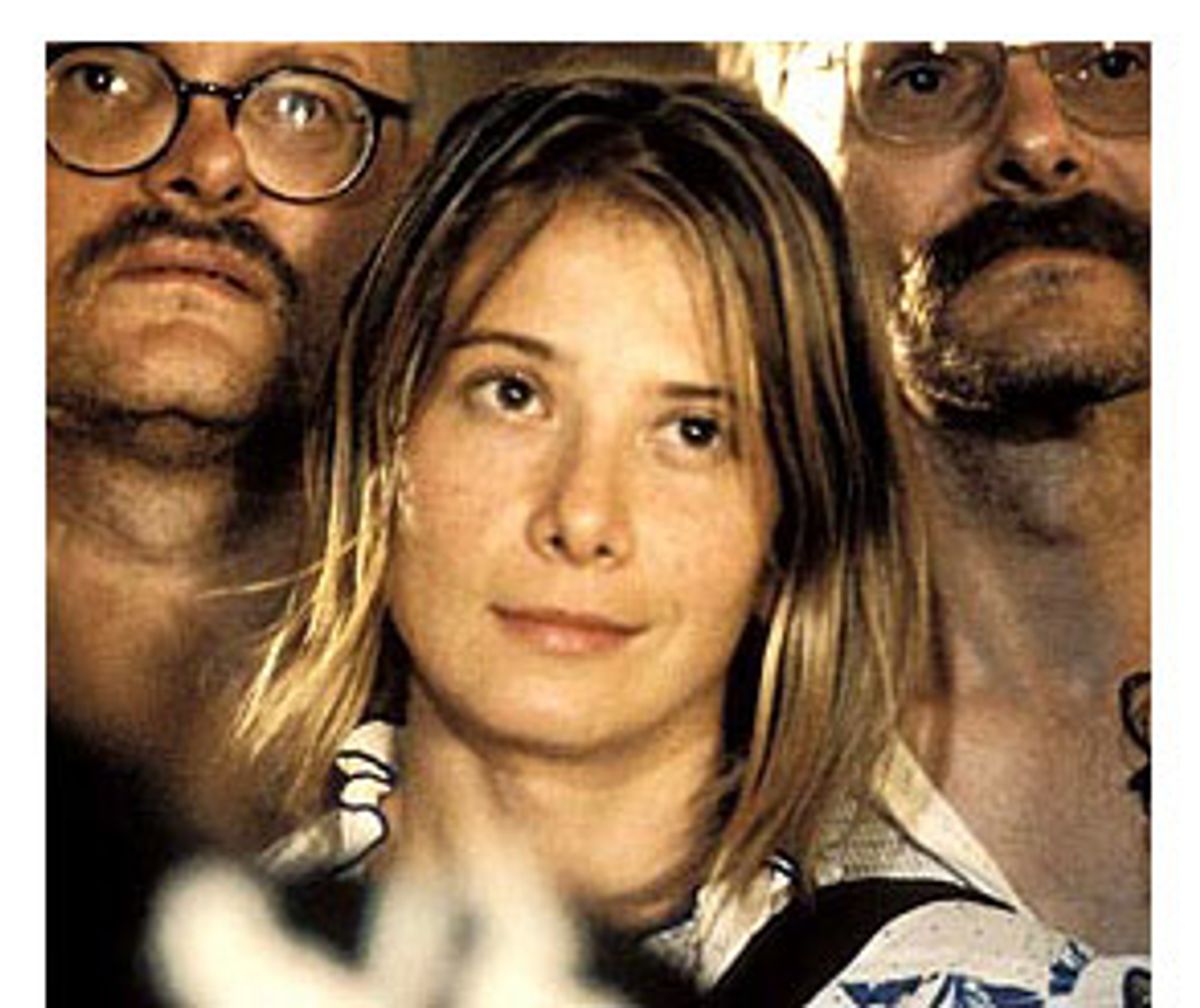 Years ago I heard a story from a guy named Peter Scarlet, who then ran the San Francisco International Film Festival (and now heads the Tribeca Film Festival in New York) about driving the Russian film director Andrei Konchalovsky across the United States. At least, I thought I did. As Peter has reminded me since the original publication of this article, the story wasn't about him (but rather about a friend of his, Tom Luddy, co-director of the Telluride Film Festival) and wasn't about Konchalovsky but rather about the far more famous Russian filmmaker Andrei Tarkovsky, who, to complicate matters further, knew Konchalovsky and worked with him. It's a dumb mistake, and such a big one that it's instructive in some ways. I suspect I misremembered Peter's anecdote the way I did because I cared about Konchalovsky so much and thought nobody else did.

Here's how my version goes: The Scarlet/Luddy character is ferrying the Konchalovsky/Tarkovsky character around America, sometime in the early 1980s. The Russian, of course, wants to see Monument Valley in Arizona, where so many of the great westerns were shot (including, first and foremost, John Ford's "Stagecoach"). The duo drive and drive from Los Angeles, and when they reach that vast, open plateau with its amazing mesas, its overwhelming bottomless skies, the Russian is overwhelmed. He gets out of the car with tears in his eyes, according to the American witness, and raises his arms to the heavens. "Why are you Americans making movies about death?" he exclaims. "You should be making movies about God!"

Maybe I wanted this story to be about Konchalovsky simply for narrative reasons, because it sets up a sort of cynical coda, which those of you who know your Hollywood directors can anticipate. Early in his career, Konchalovsky wrote the screenplay for Tarkovsky's masterpiece "Andrei Rublev" and later he directed the four-hour 1979 epic "Siberiade," one of the most important Soviet films of its time. Then he emigrated to America in search of big dreams and big money and wound up directing movies that, whatever they were about, probably weren't about God. (At least, I can think of other ways to categorize "Tango & Cash," with Sylvester Stallone and Kurt Russell, or "Homer & Eddie," a road comedy starring Whoopi Goldberg and Jim Belushi.)

And yet, and yet. OK, so almost no one outside the former Soviet Union (except, I guess, me) cares about Konchalovsky's odd, itinerant filmmaking career these days. But in its very weirdness and randomness, it serves as a kind of case study in the power of directorial style and vision, even when faced with robot-crafted scripts and casts supplied by some kind of agent list of the damned. Every one of Konchalovsky's movies, even a generic Hollywood actioner like "Tango & Cash," bears witness to his extraordinary eye for the human figure in a landscape, his desire to depict the heroism of ordinary people in extraordinary circumstances. "Shy People," an obscurity from 1987 with Jill Clayburgh and Barbara Hershey, is quite powerful and strange, despite a script that doesn't work. "Runaway Train," from 1985, his best and most successful Hollywood effort, is now rightly viewed as a genre classic. (Plus it's a trivia hound's delight: It gets you from Tarkovsky to Akira Kurosawa, Quentin Tarantino, Stephen King and Julia Roberts in three degrees or less; I'll let you work it out.)

Anyway, there's always something especially honorable about the professional artist who keeps working as best he can long after the buzz has faded and the glitz and glamour of showbiz success have clearly evaded him. I missed Konchalovsky's 1997 TV adaptation of "The Odyssey," but I bet it's worth seeing. (How could it not be, with Isabella Rossellini as Athena and Bernadette Peters as Circe?) And I have high hopes for his upcoming TV remake of "The Lion in Winter," starring Patrick Stewart as King Henry II and Glenn Close as Eleanor of Aquitaine.

So far I haven't even mentioned "House of Fools," Konchalovsky's new film, but not because I don't like it. Over the course of the '90s the director began spending more and more time back home in Russia (he's now 65, actually younger than I would have expected), but this is the first of his films to tangle with that country's anguished post-Soviet condition. Set in a mental hospital in Chechnya that is first overrun by Chechen rebels and later by counterattacking Russian troops, it's a knife-edged human melodrama, full of violence, passion and pageantry and fueled by that peculiarly Slavic combination of grim realism and absurdist fantasy.

From the movie's opening shot -- a low-angle view of a railroad bridge, its humming pylons and steel trellises simultaneously threatening and exciting -- Konchalovsky is fully in command here. He tries things that perhaps no filmmaker should: a nutty gamine protagonist who plays the accordion, a semisymbolic cast of psychiatric patients (some of them real-life psychiatric patients), multiple appearances by faded '80s pop legend Bryan Adams, performing his godawful hit "Have You Ever Really Loved a Woman?" You heard that right: This is a movie about the Chechen civil war with Bryan Adams in it. Via the obsessive fantasies of Janna (Julia Vysotsky), our gawky-but-cute institutionalized heroine, Adams shows up in several cheesed-out MTV-style sequences to croon, sip champagne and lead imaginary Eurotrash rail tours.

The thing is, it works. Or at least it works for me. I left the theater convinced that "House of Fools" is Konchalovsky's best work in almost 20 years (which it is) and that it might be something close to a masterpiece. Maybe it's too weird and sentimental, too self-consciously bittersweet, too cruel, too unsubtle and too full of accordion numbers and Chechen folk songs -- in a word, too Russian -- to merit that description. But it also doesn't deserve the general critical derision it has received since its release in New York and Los Angeles a week ago, or the near-total oblivion into which it is now almost certain to likely fall. (Props to Kevin Thomas of the Los Angeles Times, by the way; he can be co-president of the fan club.)

I could go on about "House of Fools" for several more paragraphs, in film-critic fashion, but I recognize that it wouldn't do much good. Nobody in America is really going to see this. If you don't live in New York or L.A., you'll probably never have the chance; if you do, you'll probably dismiss me as a crank with his undies in a bundle over some obscure Russian dude who once directed a Stallone movie and go see something that sounds less spinachlike, less doomed. (Unless you're as much of a crank on the subject of Russian film as I am, in which case you're already enraged with me over some perceived inaccuracy.) Odds are fewer people will pay to see this movie in the whole United States than will read this review and, trust me, that's pretty sad.

It's really too bad, because people might like the stark violence and warmhearted comedy and moments of embarrassing nudity and sheer Bryan Adams-ness of "House of Fools" if they gave it a chance. But then, that's been the story of Konchalovsky's entire career on this side of the world; why should it be any different now? (If, three summers from now, you pick up "Shy People" or "The Odyssey" in the video store and a little refrigerator bulb goes on in the back of your brain, I'll have done my job.)

"House of Fools" has been a pretty big event in Russia, which raises the question of what Konchalovsky's career might have been like if he'd never left in the first place. But of course he had to; Russia was in the grip of a slowly asphyxiating dictatorship and besides, I suspect he had to see Monument Valley and meet Whoopi Goldberg before he could go back and make a movie in Chechnya with Bryan Adams. I'm not sure whether "House of Fools" is really a movie about God or a movie about death. (Which does Bryan Adams represent?) I suspect it's both. Maybe those are the kinds of movies the world refuses to notice.