Sick and tired of white people asking to touch her hair, damali ayo decided it was time to make the honkies pay. 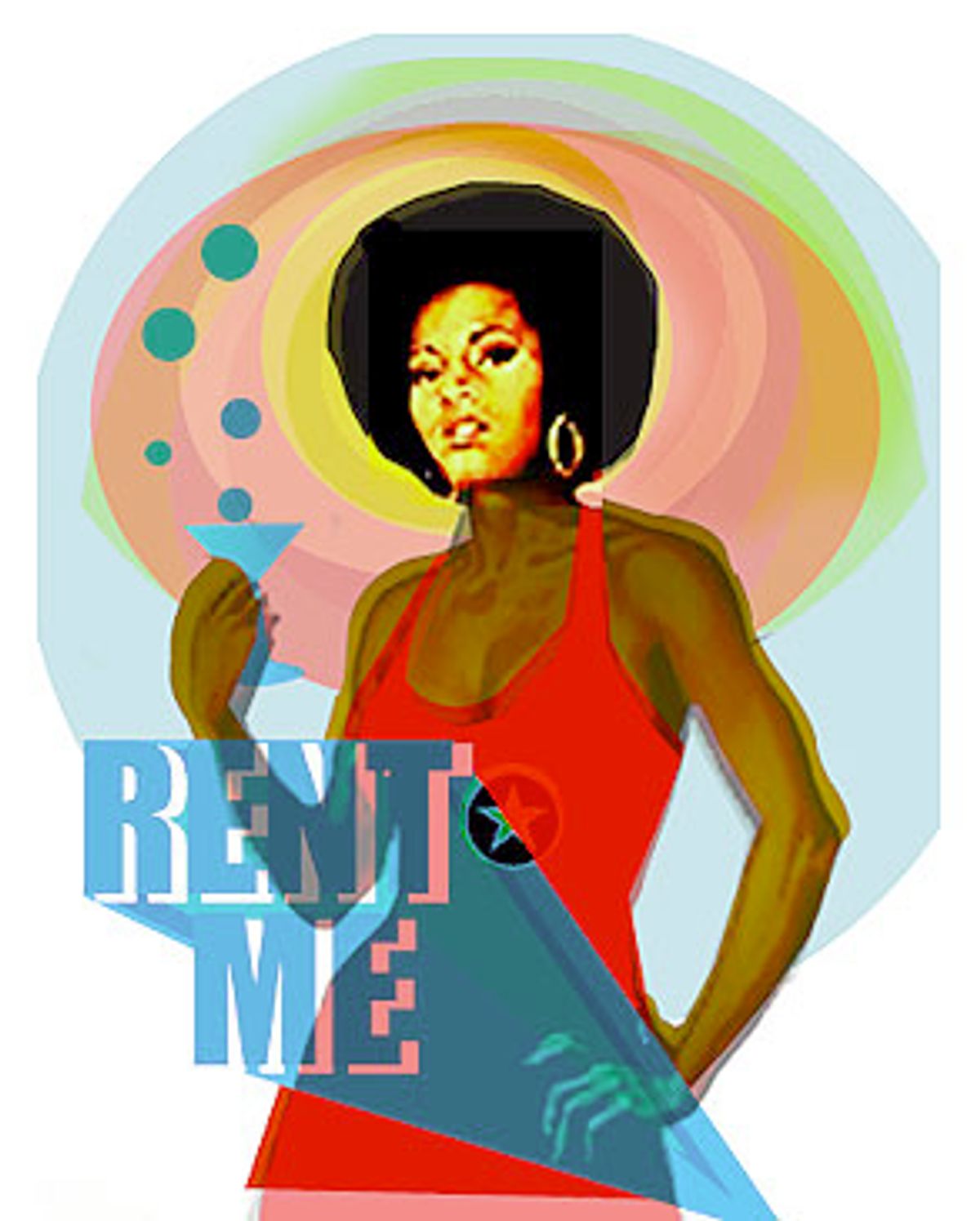 "Do black people get tan?"

"Do you get lighter in the sun?"

"Can I touch your hair?"

"Were your ancestors slaves? Because my ancestors were slave owners."

Eight months ago, damali ayo, 31, an artist in Portland, Ore., had reached her limit of answering infantile "What is it really like to be black?" questions from her white friends and acquaintances.

"You can't put yourself in those situations anymore," ayo recalls her mother counseling her. "You can't just be everyone's Rent-a-Negro."

Maybe not. Or, at the very least, she could start charging for her services.

Launched on April 20, ayo's satirical site rent-a-negro.com, invites companies, nonprofits and individuals to hire her, "a creative, articulate, friendly, attractive and pleasing African American person" to attend their picnics, focus groups, or nights out on the town.

The site deploys the bold primary colors and cloying marketese of many an Internet sales pitch: "Where do you find the people to diversify your life? What if you don't know any black people?" it asks. "You want to appear up to date, but just don't have the human resources. One public lunch with rent-a-negro and you'll be on your way to being seen as the most cutting edge member of your circle."

Ayo, who attended Chelsea Clinton's alma mater Sidwell Friends School in Washington, and then Brown University in Providence, R.I., says that she's had a lifetime of training for the job: "My whole life I have been one of the few people of color, or the only black person [in a social situation]."

Being treated as a novelty "costs me something," she says. Now ayo's decided to seek compensation for the "service" she's been providing all along.

"I have a certain number of white people in my life for whom I'm willing to do that for free, but everyone else needs to go on a fee-for-services basis," ayo says.

Her list prices: $350 an hour for companies, $200 an hour for individuals, but $100 an hour extra if she has to answer a high volume of "How do you wash your dreadlocks?"-type questions.

"We all go out for ethnic food every once in a while, why not bring some new flavor to your home or office ... for all your friends and colleagues to enjoy!" the site asks, while promising that ayo will be entertaining or controversial, as the renter sees fit. It's diversity with a customizable level of friction.

So far, ayo's received about 40 responses to her rental request form, which asks would-be renters to answer: "Have you used black people before?" (That is, 40 responses that weren't of the "I need a slave" or gratuitously obscene variety.)

The requests to play golf, go to a corporate party, attend a BBQ or just go to a bar have come from the likes of California, Ohio, Indiana, Texas, South Africa, Germany and Canada. But ayo says only about a third of these potential renters are clearly in on the joke. As for the remainder, she's just not sure.

"I meet enough people every day that are earnestly, curiously ignorant -- 'Oh, I really don't know enough about black people' -- that I can't tell really if they're serious or not," she says. Already, white supremacist sites are linking to her: "They think I'm one of them," she adds.

Ayo's experience proves a general rule: No matter how broad the satire involved, when Web sites like hers or Black People Love Us! tackle the issue of race, there will always be someone out there who doesn't quite get the humor.

Ayo has been tempted to extend the performance art of the rent-a-negro Web site into the real world by actually going on an engagement, but so far she hasn't found one that fits her schedule and comfort level.

"There's a part of me that kind of wants to make some money," she says. "I wish I could make $500 every time I have to sit in the living room of someone's racist grandmother."