In this candy-sweetened French comedy, a gaggle of cute Euro-youth frolic in the Spanish sun. Think "Real World: Barcelona," minus all the angst and drama. 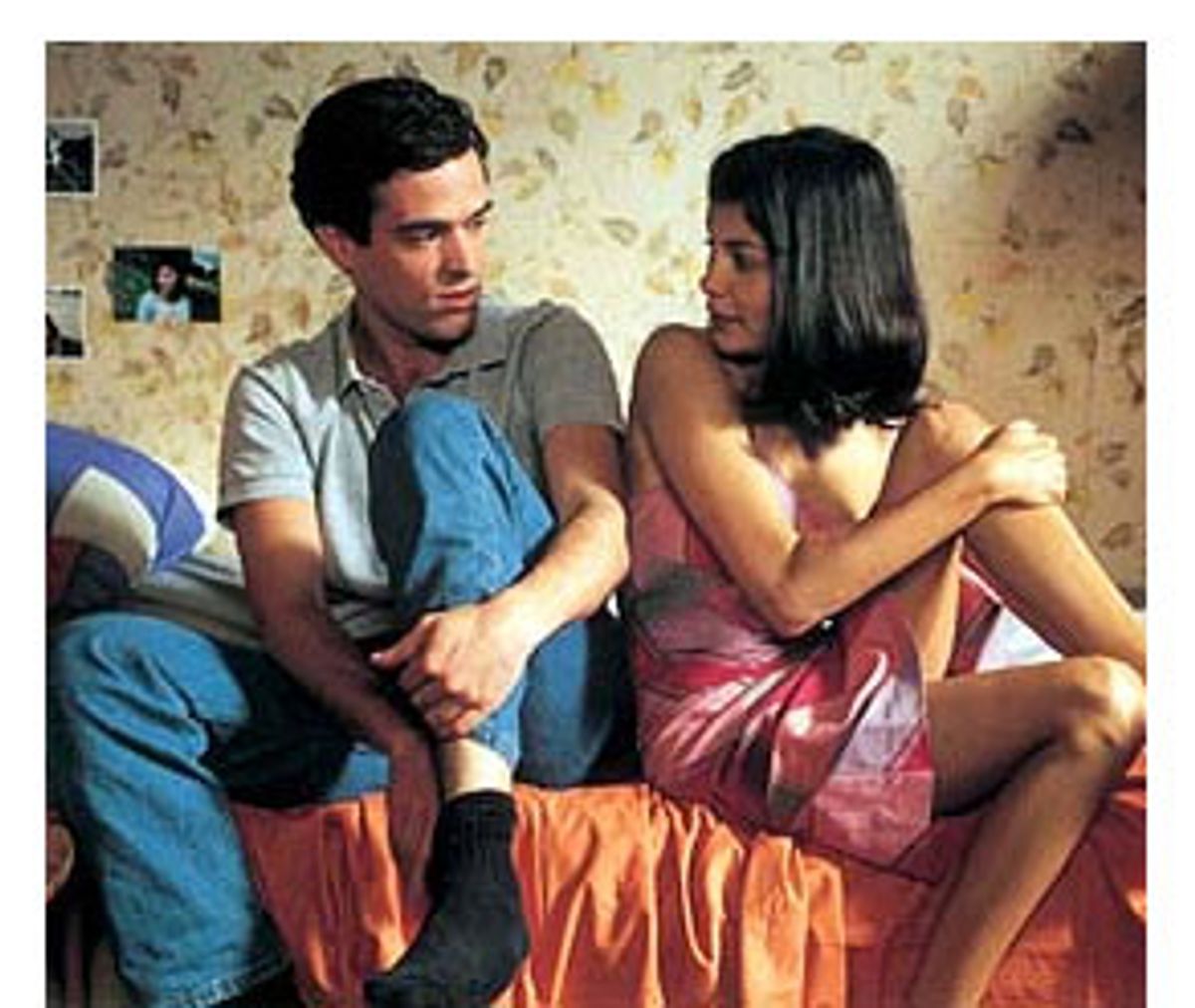 "L'Auberge Espagnole" suggests that if MTV, after the recent debacle of "The Real Cancun," hopes to have any future with the continued release of reality-based features, they should aim them toward the art house. French filmmaker Cédric Klapisch's "L'Auberge Espagnole" is basically "The Real World: Barcelona," in which a group of diverse young Europeans come together and we see what happens when things get real.

Or in this case, not quite real but proceeding according to trite ideas about the lives, loves, hopes, personal grooming habits, etc., of youth. The English translation of the title is given as "Euro Pudding," a reference to the mélange of languages, cultures and personalities at play in the big Barcelona apartment shared by the film's group of grad students. In essence, the movie is Klapisch's rosy view of the new united Europe and the way youth will lead the way to the member nations' overcoming their differences. If they had gathered on a hillside holding bottles of Coke and crooning "I'd Like to Teach the World to Sing" (in Esperanto, perhaps?), Klapisch's message couldn't be any clearer. And the movie couldn't be any more teeth-achingly cheery.

Klapisch's main character is Xavier (Romain Duris), a young Frenchman who is told by a business associate of his father that understanding the Spanish economy will be the key to future gainful employment. So off Xavier heads for a year of grad school in Barcelona, leaving behind his hippie mother and his clinging girlfriend Martine (Audrey Tautou, of whom more anon). Unable to find an apartment, he bunks on the sofa of a French neurologist (Xavier de Guillebon) and his shy new wife (Judith Godrèche, who looks like the blanded-out genetic mating of Kelly Lynch and Sandrine Bonnaire) until he gets a chance to interview with an international group of students for a room in their oversize flat. This assembled E.U. grills him about his major (econ) and impossible questions like where he sees himself in five years. It's all, one explains, an attempt to maintain the house's "good vibes." Up to this point, Xavier has been earnest and unremarkable. Any sympathy I felt for him vanished, however, as I watched him endure these inane questions and proclaim this makeshift community just what he's looking for.

Maybe I spent too much time in college around very serious young people questioning their identity, their place in the world, and how best to divide space in a shared refrigerator to have much interest in watching the same arguments now. I still might have, though, had Klapisch found a way to inject some satire into his adoring, whimsical view of these characters. But like the other Klapisch films I've seen ("When the Cat's Away" and "Peut-être," which has not been released in the United States) "L'Auberge Espagnole" is entirely too taken with its own adorability. The film wore me out by the end of the opening credits, where the names of the cast are introduced over a screen divided into mosaic blocks with a little flag denoting the country they represent. In the opening scenes, with Xavier scuttling between buildings to keep an appointment with his father's friend, Klapisch employs -- and keeps repeating -- a fast-forward effect that grows very irritating very quickly.

We learn next to nothing about the studies or classes any of the characters is undertaking, which would seem to leave us with their personal lives. That, however, is dealt with in a squeaky-clean fashion that has none of the excitement or dirt or heartache of kids let loose to discover sex and romance on their own. That's especially true of the affair Xavier has with the neurologist's wife, which seems to spring from this sheltered woman's dewy fantasies of a young Prince Charming appearing to provide a vision of romance -- and possibly some vaginal orgasms. He's a lot better off with her than with his own girlfriend, though.

Having now seen Audrey Tautou in three movies, including her much-lauded turn in "Amélie," I can't help feeling there is something inescapably creepy about her patented cuteness. Here, she's the kind of cute, quiet girl your friend turns up with at a party, who you immediately know is a wacko. She seems to be both so sensitive she always has the potential to be hurt, and so iron-willed that she wouldn't hesitate to look for revenge if that happened. If Tammy Wynette had sung a song about this character it would be "S-T-A-L-K-E-R."

Xavier fits best, and is at his most relaxed, with his lesbian friend Isabelle (Cécile De France), and instead of playing the frustrated attraction between them for sexual comedy, Klapisch mostly ignores it. Predictably, Klapisch presents what could be the movie's funniest and wildest scene, Isabelle instructing him in how to pleasure a woman and calling another girl in to demonstrate, and then cuts away from it. Even if all he had shown us was Xavier's face, he might have had something here.

Even the cultural differences are glossed over. The one dissonant note is struck by the visiting brother of the group's English resident, a partying yob who thinks it's hilarious to go around talking to every one of his sister's flatmates in phony dialect representing their country. Did the one boor here have to be an English-speaker? Are there no young French or Germans or Italians who are so sheltered they're offensively ignorant about other countries?

But acknowledging that might have disrupted the sunny, wholesome tone of brotherhood the movie is after. Watching young people fumble and find their way toward who they want to be -- socially, sexually, professionally -- can be a joy to watch when the filmmaker shows us what it's really like to be in their skins. Klapisch wants his characters shiny bright, and winds up making them excruciatingly dull in the process. Watching "L'Auberge Espagnole" is like seeing the young Maoist revolutionaries of Jean-Luc Godard's 1967 "La Chinoise" body-snatched by the international touring company of "Up With People."