Last stop before the media monopoly

FCC chairman Michael Powell is likely to get media ownership deregulated -- even though public comment is running 97 percent against it. 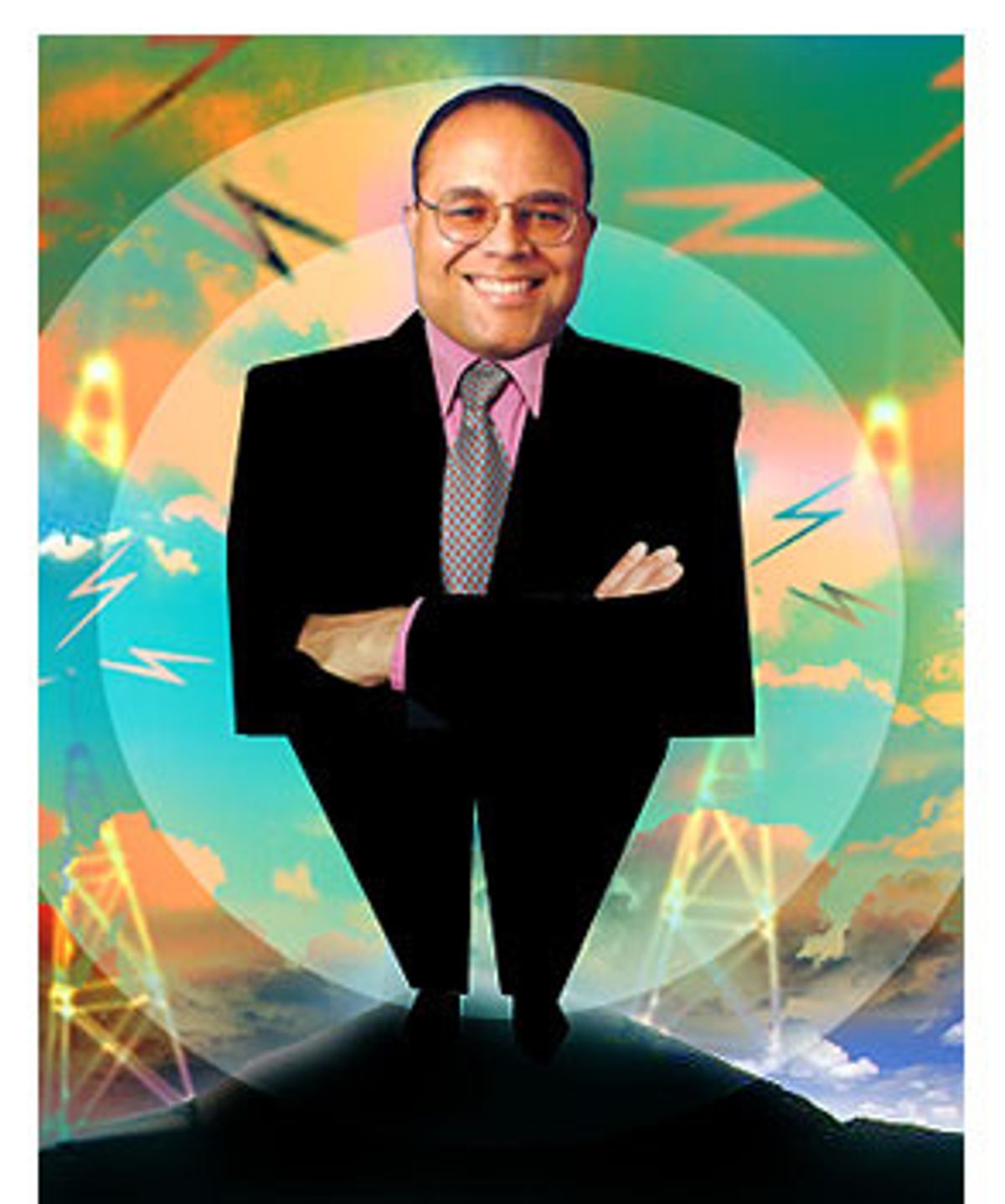 By all accounts Federal Communications Commission chairman Michael Powell knew his crusade to eliminate decades' worth of media ownership limits was going to be a bruising fight, both inside and outside the commission. The prospect of a rush toward more media consolidation raises all sorts of hot-button issues about the future of American media and the role news plays in a democratic society.

Powell now looks likely to emerge victorious, via a party-line 3-2 vote among FCC commissioners set for early June. But thanks to an avalanche of negative public feedback, surprisingly chilly reception from both Democratic and Republican members of Congress, and the unusually public spat that's broken out internally at the FCC over the details of the final proceedings, the battle leading up to the vote -- as opposed to the actual outcome -- is emerging as a compelling Beltway drama in its own right.

Powell, often credited with being a silky-smooth operator, is having his political skills put to the test. And his push to change the rules has touched a sore nerve in a public already concerned about recent heavy consolidation in the radio industry.

Powell did win a key victory last week. A majority of members on the Republican-controlled Senate Commerce Committee, including conservatives such as Trent Lott, R-Miss., now oppose Powell's move toward further media consolidation. But Sen. John McCain, R-Ariz., who chairs the committee, came to Powell's rescue by refusing congressional requests that the chairman testify before it.

Powell's refusal to debate the controversial agenda in public has some in Washington seething. On May 13 Sen. Fritz Hollings, D-S.C., a longtime critic of deregulation, issued an angry statement blasting the "shameful" way the FCC has handled revising the rules.

Opponents of further media deregulation believe that Powell made up his mind a long time ago that the rule changes -- which media giants such as Viacom, News Corp. and the Tribune Co. have sought for years -- need to be made, regardless of the opposition.

"The FCC could have acted in a way that made this more of a national debate on the merits, instead of keeping it under wraps," says one Democratic Hill source whose boss is actively involved in the consolidation issue.

The perception of Powell as unwilling to listen to criticism has been reinforced by his decision to schedule only one public hearing on the historic rule changes (which led his fellow commissioners to stage a series of unsanctioned hearings). He also refused to testify before Congress about the issue, refused to make public the details of the rule changes that the FCC will be voting on next month, and broke with FCC tradition by snubbing a courtesy request from fellow commissioners to postpone a policy vote by 30 days.

Those last two acts brought a sharp, public rebuke from Democratic commissioner Michael Copps: "The Chairman's decision not to make these proposals public, nor even to grant a short delay in voting, runs roughshod over the requests of the American people and the precedents of this Commission."

Traditionally, those sorts of internal FCC squabbles have been handled behind closed doors, not via dueling press releases, notes Arthur Belendiuk, a veteran Washington communications lawyer who has been dealing with the FCC for decades. "You might fight with your wife, but you try to avoid doing it in a restaurant," he says.

Admirers of Powell insist he's done as good a job as can be expected with a topic as explosive as media ownership. "He's navigated it well," says Scott Cleland, a telecommunications analyst and the CEO of the Precursor Group, an investment research company. "It's among the most political decisions the FCC has made in decades. Mother Theresa couldn't have navigated it any more safely." Cleland thinks Powell was wise to dismisses calls for a delay of the June 2 vote. "It's a classic Washington move; if you know you're going to lose, you delay. It would have just been 30 more days of pounding on the piñata."

Ordinarily, deregulation opponents are often dismissed as simply voicing knee-jerk reactions to big-business initiatives. But that doesn't explain why a majority of the Senate Commerce Committee stands opposed to Powell.

Enter Clear Channel. The 1996 Telecommunications Act singled out radio for sweeping ownership deregulation, paving the way for Clear Channel to expand from 40 stations to 1,225, approximately 970 stations more than its closest competitor had. In the process, the company revolutionized the radio business in ways most people think have been for the worse: massive layoffs, less news, less local control, and homogenized music playlists.

"The lesson of radio over the last seven years is a critical one for this debate, and we ignore it at great risk to the country," Sen. Russ Feingold, D-Wis., wrote to Powell last week. "It will be a much harder task to turn back the clock if these new rules do to newspapers and television what the Telecommunications Act of 1996 has done to radio."

Powell has not helped his case by embracing suspect rhetoric while trying to rationalize the rule changes. He told the Financial Times on April 30 that by not allowing for further media consolidation, "there is a real worry about the long-term survivability of free, over-the-air television," adding, "I think there is a very easy way for it to collapse." It was a startling statement -- America's four TV networks could collapse -- that few outside News Corp. chairman Rupert Murdoch and a handful of media-friendly Wall Street analysts have made public. Even CNN's pro-business "Moneyline" host, Lou Dobbs, remarked on the air it was "just mind boggling that Michael Powell would say that they're [in danger of] a collapse." (Indeed, in a just-completed round of buys, the TV networks are expected to haul in $9 billion in advertising for next year's primetime programming, up 13 percent from last year.)

The ill will between Powell and his consolidation opponents dates back to last year, when the chairman made it clear he was willing to have only one public meeting to hear from proponents and opponents. Determined to generate an actual debate, the two Democratic commissioners organized 10 unofficial forums across the country to hear from the people; Powell boycotted them. At the one FCC-sanctioned event held in late February, "Chairman Powell beat a hasty retreat when the hearings were officially adjourned in the late afternoon," according to an account in TelevisionWeek, an industry trade journal.

Powell countered critics who complained the FCC process was not open enough by noting that the commission had received a record number of public comments regarding the ownership issue and that most of them were filed by private individuals. Usually of interest only to broadcasters and a handful of D.C. communications attorneys, the comment period for media ownership has attracted nearly 20,000 filings. "That's a landslide in terms of comments," says Belendiuk.

Powell agrees. "This record clearly demonstrates that in the digital age you don't need a 19th century whistle-stop tour to hear from America," said the chairman earlier this year, essentially dismissing the hearings organized by the Democratic commissioners as dog-and-pony road shows.

What Powell does not mention, though, is what people are saying in their FCC filings. "The statistics on public comments are just off the charts," says Robert McChesney, coauthor of "Our Media, Not Theirs: The Democratic Struggle Against Corporate Media." "More people want Osama bin Laden up on Mt. Rushmore than want the media companies to consolidate."

A recent examination of 9,360 comments available on the FCC's Web site found 97 percent opposed to further deregulation. After weeding out meticulous position papers in favor of deregulation filed by lobbying groups and attorneys for private companies, researchers from the Future of Music Coalition were able to identify just 11 private citizens who wrote in support of Powell's consolidation agenda.

That 97 percent mark will go up to more than 99 percent, because this week 105,000 National Rifle Association members buried the FCC with comments in opposition to further media mergers. The NRA is nervous that greater consolidation will mean liberal, "gun hating" companies will control the news. At the same time, MoveOn.org, the liberal grassroots organization that sprang up in opposition to President Clinton's impeachment, is preparing to deliver an anti-consolidation petition to the FCC next week. That petition will boast approximately 180,000 signatures.

Yet all indications suggest public comments have had no effect on Powell's position. "If you write a letter saying, 'I'm opposed to this consolidation,' I think it'll be put in a pile and ignored," Belendiuk says. "But when Rupert Murdoch wants to talk to chairman Powell, he'll get all the time he needs."