"Getting Mother's Body" by Suzan-Lori Parks

When 16-year-old Billy Beede gets word that her mother's grave is about to be plowed over, she takes off to rescue the corpse -- and the jewels rumored to be buried with it. 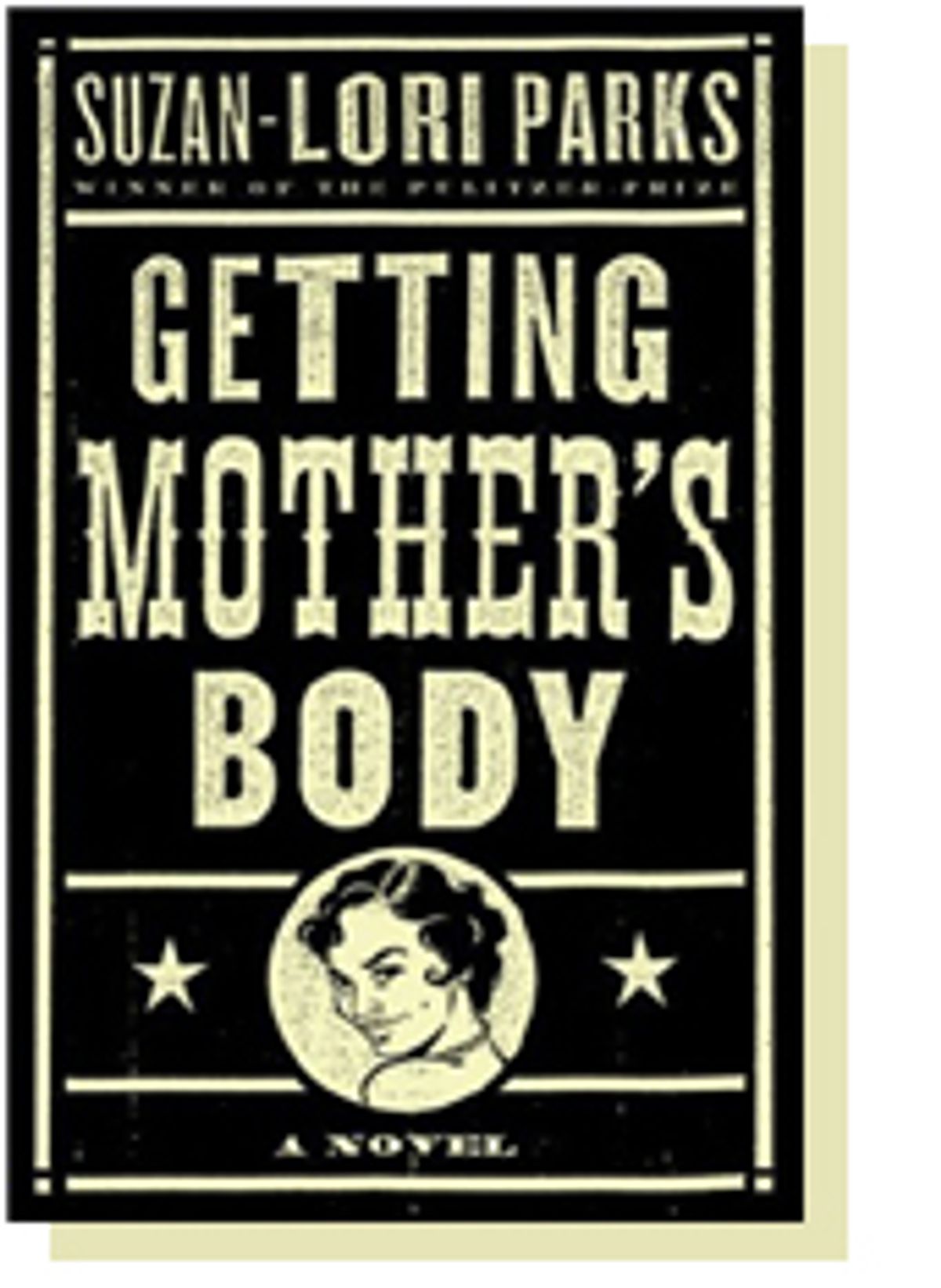 Several times while reading Suzan-Lori Parks' debut novel, "Getting Mother's Body," I found myself considering the title. What at first seems a straightforward reference to the quest of the main character, 16-year-old Billy Beede, to dig up her mother's remains -- and the jewels with which she's rumored to have been buried -- can also be read another way: Billy is pregnant, dirt-poor and unmarried. The baby she begs to "stay small" in her increasingly visible midsection is a reminder not just of the choices she's made but also of those made by her mother, the fast-livin', good-time-lovin', blues-singin' Willa Mae Beede. Will Billy, standing on the cusp of adulthood, follow in her mother's wild footsteps or will she forge her own steady, solid path?

Looking at things from different perspectives is apparently Parks' specialty. Billy's story is regarded only partly through her own eyes. A host of others also weigh in: Billy's Aunt June and Uncle Teddy; Dill Smiles, her mother's longtime lover; Clifford Snipes, the married man who got Billy pregnant; and Laz Jackson, the local boy who truly loves her, just to name a few. The chapters, the voices, the stories lap up in layers creating a novel told simply, yet with remarkable dimension and color, nuance and depth.

She also warns her daughter away from making the mistakes she made: "Don't do whatcha see me do/ Don't walk nowhere I lead/ My middle name is Trouble/ First is Sin and last is Greed/ Wise up, child, turn yrself around."

But "Getting Mother's Body" is much more than a cleverly told coming-of-age tale. At turns funny and poignant, tragic and transcendent, Parks' novel careers along like the best sort of road movie. Told that her mother's grave site will be plowed over by bulldozers making way for a new supermarket and in need of cash to pay for an abortion, Billy swipes a truck from her mother's lover, a pig-raising transvestite who goes by the name Dill Smiles, shakes off the dust of her sleepy Texas town and heads to Arizona to start digging. Her kind, honest Uncle Teddy -- a preacher turned gas station attendant -- and her legless, childless Aunt June are along for the ride, and the three are soon joined by randy college-boy cousin Homer. All four have their eyes on Willa Mae's "treasure," the pearl necklace and diamond ring with which she's said to have been buried. Smiles and Laz Jackson, the undertaker's son who adores Billy with love that's pure and true, follow in Laz's hearse, and the whole gang converges on the Pink Flamingo Hotel in LaJunta, Ariz., population 30, on the grounds of which Willa Mae's 6-year-old corpse reposes, awaiting rescue or desecration.

Gunplay, drunken revelry, tearful reunions and long-delayed epiphanies ensue. In the midst of them, Parks manages to reveal some deeper truths about family and fate. Penniless and put-upon, stuck in their lives and in a world bent on keeping them down, these characters discover that they do have choices, they do have the power to change their lives, to transcend their circumstances. Digging for treasure, they manage to find hope in a heartless world.

Throughout, Parks' theatrical skills -- she won the 2002 Pulitzer Prize for drama for her play "Topdog/Underdog" -- and experience as a songwriter are ever in evidence: in the richness of the characters, the originality and individual lilt of each voice. She inhabits each character, channels his or her dreams and disappointments, hurts and hopes, and reveals them with a deftness and assuredness that somehow surprises despite her accomplishments onstage. And if her flair for drama propels us along, her eye for just the right detail -- the smack of a lip, the sway of a hip, the smell of a newborn pig or a fresh-baked cherry pie -- makes the journey most enjoyable. A hidden treasure indeed.

Our next pick: Subtle stories about the rarefied social circles of Venice