An artistic orphan in the big city

Amir Naderi, who brought Iranian cinema to the world's attention in the '80s with the international hit "The Runner," has been making films in New York since 1993. Who knew? 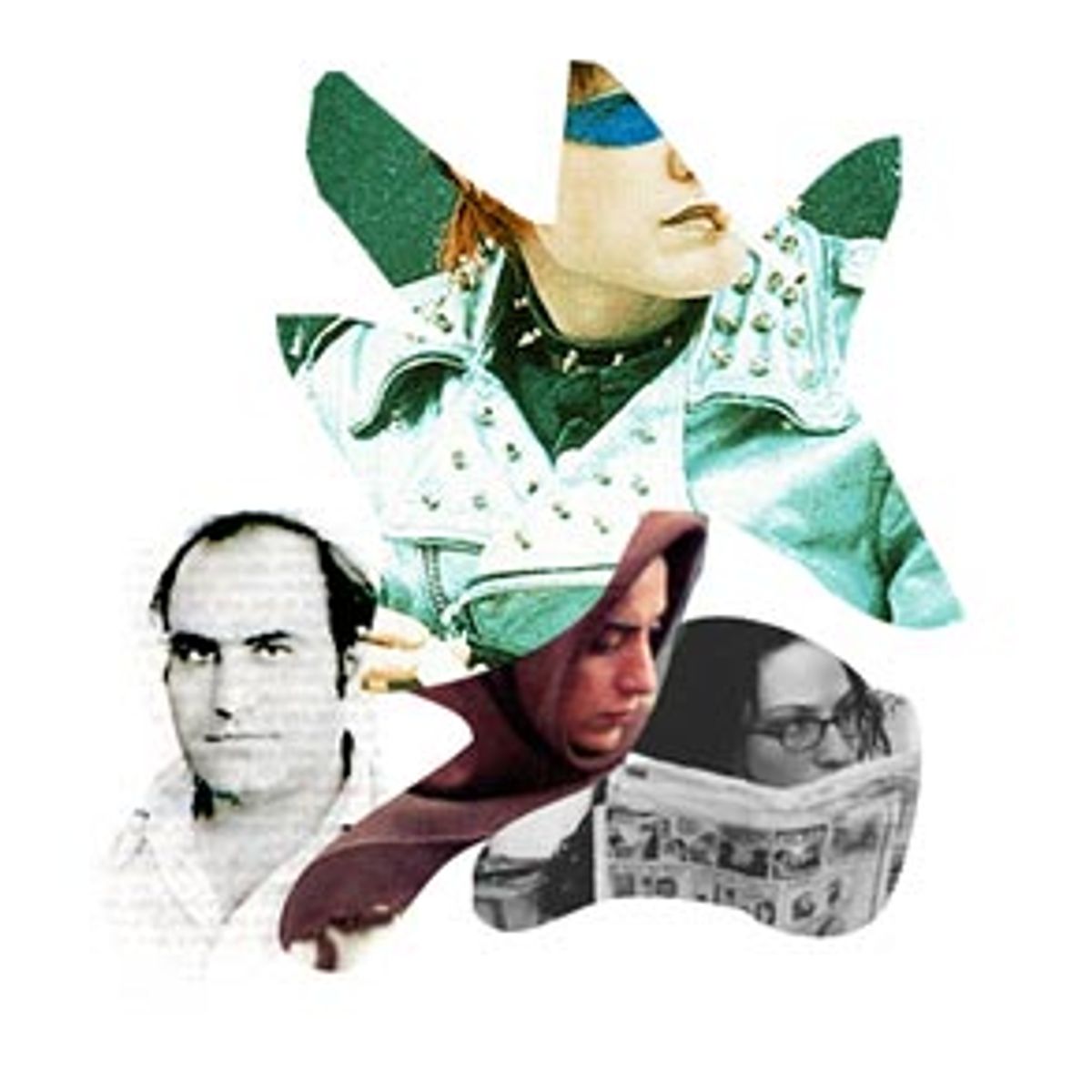 In his dismissal of Abbas Kiarostami's recent film "Ten," movie pundit Roger Ebert criticized the revered Iranian director for making movies that exist solely for "film festivals, film critics and film classes." Such movies lack warmth and passion, Ebert wrote, and they deliberately forgo storytelling in favor of "minimalist exercises in style." If a movie like this were made in the United States, "would it be accepted as an entry at Cannes?"

It's difficult to say, but Ebert and those who share his view might find an answer by studying the career of Amir Naderi, an Iranian-born director who, after revolutionizing cinema in his own country, moved to the United States in the early 1980s and has been working here ever since. His U.S.-set films, including "Manhattan by Numbers," "A, B, C ... Manhattan" and his most recent, "Marathon," merge the anti-narrative style he pioneered in Iran with the ultramodern setting of his adopted home, New York. The results are a poetic but often jarring deconstruction of the familiar, in which mundane objects and events become almost abstract. It's little wonder that Naderi's films are most popular with non-American audiences and play to great acclaim at festivals such as Tokyo, Turin and, yes, Cannes.

If Naderi remains obscure outside the rarefied festival circuit, his influence is palpable. Critics have compared his '80s masterpieces "The Runner" and "Water Wind Dust" to the works of Vittorio De Sica and Michelangelo Antonioni, and their popularity single-handedly launched Iranian cinema into the international consciousness. For better or worse, their child's-eye view of a hostile, desiccated world has spawned a legion of plucky movie tykes (the goldfish girl in "The White Balloon," the front-seat megabrat in "Ten") who continue to dominate Iranian cinema today.

With the U.S. government routinely denying entrance visas to Iranian directors, Naderi is in an enviable position. (His former colleague Kiarostami, easily Iran's most famous director, has hired a U.S. immigration attorney and is reportedly considering a similar move.) Naderi recently presented his new film, "Marathon," at the TriBeCa Film Festival, and is planning his next movie, possibly set in Las Vegas. For his part, Naderi dismisses the notion of being an immigrant artist. As he said when Salon spoke to him at his production office in Manhattan's East Village, "A filmmaker has to be married to the place where he is living at that moment." It's fitting that Naderi cites the French photographer Henri Cartier-Bresson as one of his major influences. It was Cartier-Bresson who immortalized the phrase "the decisive moment" and who once wrote, in words that Naderi might use as his own mantra: "The smallest thing can be a great subject. The little human detail can become a leitmotif."

You were the first major Iranian director to move permanently to the United States. How does making movies in Iran differ from making them here?

I never think about that. For me, it's never a question of living in this country or that one. I'm not a very cultured person. I don't know much about history or politics. So what's important to me is the exact moment I'm living. In Iran, I would drive my crew crazy trying to get impossible shots, and here I do the same thing. In my latest film, I started out with 15 people, and by the end, I had three. I don't blame them. My crews are different people now, but they're the same humans.

But it must have been difficult learning to make movies in a place that's foreign to you.

When I first came to New York 20 years ago, I spent 10 years trying to figure out what this place is. I just walked the streets and talked to a lot of people. And only after 10 years of living here did I feel like I was ready to make my first American film. That was in 1992. Because I didn't want to be a tourist. I didn't want to be an "Iranian filmmaker in New York." No. Bullshit. The challenging part is that my experience and my age are different. I'm 57 years old but my experience is like an 18-year-old's. It's like having a double life.

What did other Iranian filmmakers say when you told them you were moving to America?

In Iran, I worked a lot with Abbas Kiarostami. He said to me, "Amir, are you crazy? Why do you want to take this risk? You have everything here." And I said, "That's the reason I want to go. I want to find something new." He said, "What do you want to find?" And I said, "I'll show you one day." He actually saw my new film "Marathon" a few weeks ago in Italy, where it's already playing. I think he was happy. He said to me, "I've always wanted to do something like what you did, but it's probably too late for me."

Are there directors you look to for guidance on working in a country not your own?

A few years ago, I went to Paris and I talked with Roman Polanski about how he worked in London before moving here, and how that helped his transition. I've also talked to Bernardo Bertolucci, Milos Forman and Wim Wenders, who are foreigners who have worked a lot in the United States. But their cultures are very close to America's. My culture is nothing like this. It's classic.

The one thing that has helped me was that I grew up as an orphan in the port city of Abadan. I lived inside abandoned ships and trains. It was a different world from the rest of Iran and it wasn't until I was older that I found out that my country had big cities. I moved to Tehran when I was a teenager. I never felt comfortable in Tehran. But moving there from Abadan helped me a lot when I finally moved from Tehran to New York.

Your films seem informed by that experience of moving a lot. They're all about people who can't sit still. They're obsessive-compulsive people.

In "The Runner," the main character Amiroo is always chasing after something or getting into fights. That came completely from my personality. I'm an obsessed person. I'll tell you a story: When I was a filmmaker in Tehran in the late '60s and the '70s, I always tried to go out of my country and watch movies because they mostly showed commercial films in Iran, and only rarely art films. Once, my friends bet me that I couldn't buy the first ticket for Stanley Kubrick's "2001: A Space Odyssey." That was in 1968. So I put the money together, and I got on a bus and went to Turkey and from Turkey to Vienna, from Vienna to Germany, from Germany to Belgium, and from Belgium I got to Portsmouth [in England] and from Portsmouth to London, where I bought the ticket and watched the film. And I would stay there watching movies for three months. And then I came back. I would also go to Paris or Prague or Rome, or anyplace I could.

But being obsessive makes you isolated too. That's maybe why my characters are alone. Amiroo is alone. And Gretchen, in my new film "Marathon," is completely isolated. All she does is crossword puzzles on the subway all day long.

She reminded me of the character in the last film you made in Iran, "Water Wind Dust," because they both absorb the noises around them.

I filmed that movie entirely in the Iranian desert, and the sound of the wind there makes you crazy, but it gives you energy. I've always wanted to film New York like that, not as a real desert but as a modern desert. A desert of iron and metal. And isolation, too. It's interesting that in Iran, my films are set in areas that are sunny, or by the sea, and have these big landscapes. In New York, my films have grown darker and have an "inside" feel. This last one is set almost entirely underground in the subway. I love the subway because everything is there: sculpture, architecture, noises. There's all this concentrated life. I've tried to capture that texture even if it is unpleasant for the audience. People say to me that I should make films where the audience can relate to a nice story. And I say to them that I hate those movies. Stories are for life, not for the movies.

The way you describe your films makes them sound like documentaries. Are they? A lot of recent Iranian cinema has blurred that line between real life and fiction, like in "Ten," or Samira Makhmalbaf's "The Apple."

I'm not a documentarian. I don't wait in the street for something to happen and then shoot it. Never. I try to make my images happen. But I also feel like I'm a hunter trying to capture something. That's why Cartier-Bresson has influenced me so much. He's the most modern artist. I learned from him that you should be ready like an animal when you're shooting something. It's what he called "snap shooting." You always have to be ready to react, in less than a half-second. Shooting my new movie was like that because we would shoot at 4 a.m. on the subway and sometimes people would threaten us, even the police. We had to learn how to get a shot and get out of there fast.

Do Cartier-Bresson's ideas apply to sound as well? In "Marathon," you didn't try to soften the noises of the subway. All that metal crashing and scraping together sounded real and arranged at the same time. A woman at my screening complained to her friend that it was too noisy.

Then she missed the point! That's why I design the sound for all of my films. If the sound design doesn't seem interesting, I'm not going to do that movie. "Water Wind Dust" is all about natural sounds, like the title says. And in "The Runner," the big scene when Amiroo is racing to the oil fire lasts 10 minutes and it's just the sound of those flames. I never want my characters to talk much or to say who they are. The balance between noise and silence is enough to build a sense of character in a movie.

What sounds characterize you?

Just the sounds outside my apartment. It's like Bach for me. I record it all the time. I feel so close to the city that way. Recently I was a jury member at a festival in Chicago and they introduced me as a New York independent filmmaker. Whoa! It felt like I had finally graduated. It's funny, though. New York for me is not America. It is its own country.