In this sentimental, supernatural saga, a blind woman regains her sight only to see vengeful ghosts, mysterious villages and, well, something you'll never forget. 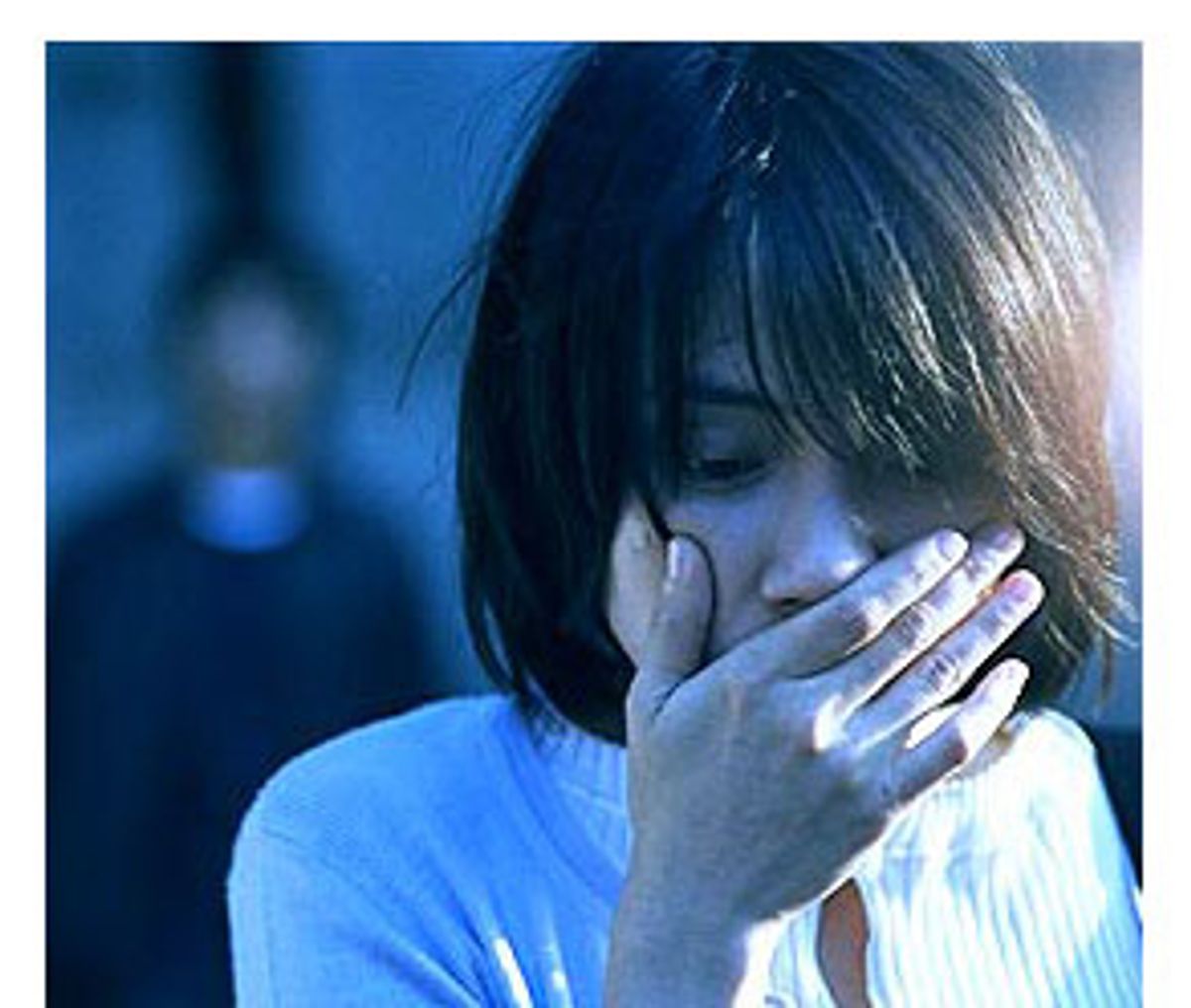 When you hear about an Asian horror flick snapped up by Hollywood for a potential big-budget remake, you might be excused for thinking of "Ring," the Japanese cult film that was morphed into Gore Verbinski's clammy, claustrophobic smash hit of last year. But "The Eye," a massive hit from Hong Kong that is now reaching U.S. theaters (beginning last week in New York), is a completely different kind of movie, and the inevitable marketing-driven comparisons aren't fair to either film.

Hideo Nakata's "Ring," like Gore Verbinski's American reworking (which is at least as good), is a brain-constricting nightmare that tries to break out of the film frame and leave you questioning your relationship to reality. "The Eye," the third movie from Oxide and Danny Pang, Hong Kong-born twin brothers who became hot properties in the world of Chinese-language film with their 1999 action hit "Bangkok Dangerous," has nothing to do with that sensibility. It's a scattershot, sentimental, supernatural romance in the distinctive, every-genre-at-once Hong Kong tradition. If "Ring" belongs to the same don't-watch-'em-alone category as Sam Raimi's "Evil Dead" films, then "The Eye" goes on the Up With Dead People shelf, next to M. Night Shyamalan's "The Sixth Sense." (And before we move on, I have no idea how somebody from Hong Kong wound up with the name Oxide, but isn't it great?)

Certainly the Pangs deliver a few juicy scares, especially in the film's first half -- the heroine is trapped in an elevator with, well, something, in a scene you won't soon forget -- and their basic premise is drawn from the classic horror-movie vocabulary. The young and beautiful Mun (Malaysian-born pop sensation Lee Sin-je), blind since age 2, is now, at 20, receiving a cornea transplant that will allow her see again. But what exactly is she going to see? We get plenty of shots from Mun's hazy, myopic perspective as she tries to train her eyes to conform to her understanding of the world, and it's the kind of thing film theorists love: a game involving objective vs. subjective reality, different modes of perception that produce different results and the ever-thorny philosophical problem of how much we can really rely on our senses.

Mostly, though, it's just creepy. We notice right away that Mun is seeing things in her hospital room -- shadowy, perhaps human figures -- that don't seem to be real according to, you know, the ordinary standards of reality. But how is she to know what's real and what isn't when she has trouble identifying ordinary objects or telling the difference between a person and a floor lamp? The first half hour or so of "The Eye" is a measured, suspenseful build, and Lee, a delicate beauty, provides a marvelously skilled portrayal of a young woman whose gift of renewed sight leaves her lonelier and more isolated than ever before. (Even the orchestra for the blind, her principal social activity, kicks her out -- she's not blind anymore!)

Even as the creep factor mounts, the Pangs paint a leisurely, agreeable portrait of middle-class Hong Kong life with its tight family structure, its pressure to conform to expectations and its lack of privacy. Although I have mixed feelings about "The Eye," there's no question the Pangs have a natural talent for cinema. They create bright, unfussy images and work terrifically with actors. Candy Lo is wonderful as Mun's multitasking flight-attendant sister, too overtaxed to notice how badly Mun is falling apart, and Ko Yin Ping inhabits the role of puzzled, tradition-bound Grandma -- virtually a stock character in Chinese film -- with warmth and affection.

Some of the scariest of Mun's increasingly troubling visions come to her in the most ordinary contexts. She sees a dead kid leaving the scene of a road accident in broad daylight, a spectral wife haunting her husband's storefront noodle shop, a vengeful ghost-girl in a calligraphy studio where she's learning to write. In the hallway of her cramped apartment building, she keeps encountering a little boy looking for his report card (whom other people never meet). Even her own bedroom begins to have a shape-shifting, amorphous quality, as if it's trying to turn into someplace else altogether. And then there are the inexplicable visions required by a movie of this kind: Mun keeps seeing a primitive hospital corridor, a squawking crow, a remote village where she's never been.

Right about the time Mun flings herself in despair upon her cute young shrink, Wah (Lawrence Chou, a Canadian-born Chinese pop idol), you can feel the narrative energy begin to seep out of "The Eye." The movie still has its moments, but from that point forward it gets progressively less comfortable, like a waterbed with a slow leak. Lee and Chou are as cuddly as a pair of kittens, but he lacks her natural screen charisma and their sexual chemistry is slightly less than that of Will and Grace. Just in case we hadn't all figured out the plot an hour earlier, Wah has the bright idea of tracking down the previous owner of Mun's eyeballs -- could s/he be a restless dead soul tormented by horrible visions?

There's one more good plot twist -- the best one of all, actually -- before the movie takes a lengthy road trip to Thailand (where the Pangs have built their film and advertising careers) for some really nice scenery and an awkward, convoluted explanation of what the hell is going on. I won't drop any meaningful hints, except to say that the dark haunted house in the Thai jungle is excellent, you never know what problems you might cause by being mean to little kids and life after death apparently involves even more bureaucracy than we feared.

You have to admire the ambition of "The Eye" -- it's a big, messy pop spectacle that ends with a near-apocalyptic conflagration that tries to wrap all its themes of love, death, fate, destiny, vision, blindness, reality and hallucination into one exploding package. Some people, I guess, will love both that ending and the movie it's attached to, for their undeniable emotion, energy and dazzle. All I can say is that this film has made me really curious about what the Pangs will do next -- and that curiosity is about equal parts anticipation and dread. For horror fans who want to be terrified, well, wait and see what Hollywood does with "The Eye." That's really going to be scary.