iTunes -- the "i" doesn't stand for innovation

As songs are increasingly sold one by one online, the musical creativity and risk-taking associated with the album format will decline. 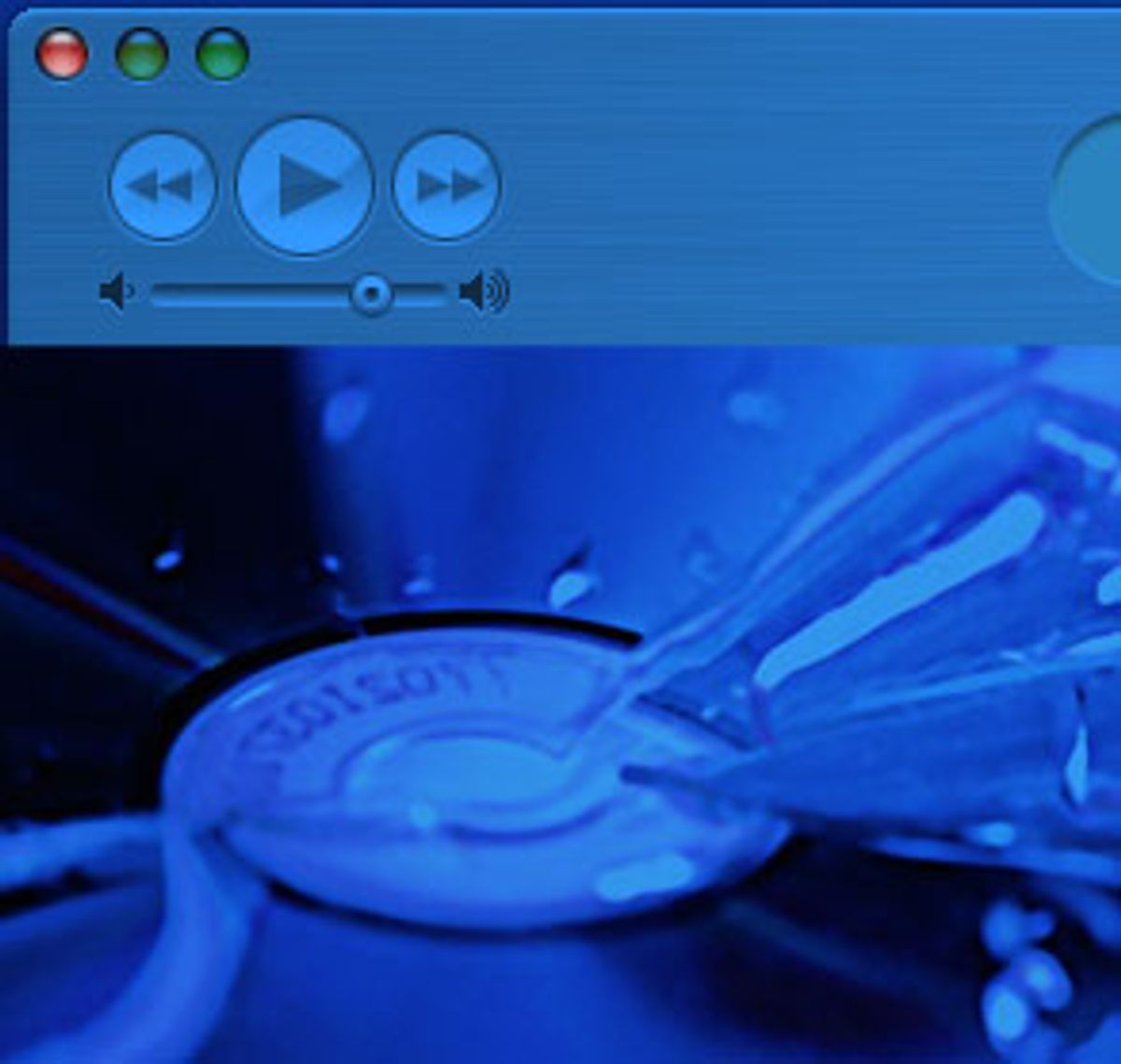 I bought Tool's most recent album, "Lateralus," because I couldn't get the harsh yet slightly ethereal guitar of "Schism" out of my head. The repetition of its play on a hard-rock station, like the repetition of the final guitar segment, had me whipped. After listening to the song over and over, I turned to the other tunes on the album where, I discovered, the real integrity and uniqueness of Tool's artistry resided. In the end, my favorite song on the album, and perhaps the best by any measure, is a track I have never heard on the radio.

Sound familiar? How many times have you bought a band's album for an overplayed song, only to discover that the more gratifying tunes are the ones you've never heard before? But now that iTunes and other online music vendors have finally arrived, don't expect to experience that same epiphany in the future. iTunes is helping to usher in an era where songs are sold individually, thus putting an end to what I call "bundled innovations."

The idea is based on simple economics: To sell any song on hardware -- whether vinyl or CD -- artists and labels have to incur a high one-time, or fixed, cost; but after that, more songs can be added at very low additional, or marginal, costs. To cover those high fixed costs, musicians are encouraged to create prosaic pieces that target as large an audience as possible, but then the low marginal costs for additional songs mean they can take a gamble on other, more original and creative tunes.

Music bundling means that the sure things that are catchy but utterly forgettable, together with the not-so-sure things that can surprise and sometimes nourish our artistic hunger, both end up in the hands of consumers and critics -- who can then sample the latter for free. This exposure of chancy ideas is a great boon to the creative process. But because of the discrete selling and buying of music, digital single by digital single, that iTunes and its kin will foster, we can expect a decline in music bundling, and thus in risk-taking and its shy companion, innovation.

The music biz has been here before: during the brain-dead era of the 45. In the 1950s and early '60s, the 45 was the medium of choice for popular music. The problem, at least for innovation, was that the 45 only allowed up to three minutes of recording on each side. This limitation on space sent the marginal cost of selling music soaring and forced record labels to view the B side as another vehicle for mass-appeal music, and not as a stage on which to experiment. Since there were only two pieces released at a time, B sides were targeted for radio play and for popular consumption in the same way that A sides were. Not surprisingly, most two-sided hits in the Billboards rankings are from before the use of the LP, eight-track, and cassette.

The ultimate in bundled innovations occurred when the main product emphasis shifted from the single to the album, from the 45 to the LP and cassette. This technological shift paralleled the taking off of rock. Once the 45 straitjacket was broken, creativity and bundled innovations blossomed.

Today, armored by the tried and true, musicians can take a crack at the risky in a market where loyalties are shiftier than the Bush administration's stance on Iraq's WMD. For instance, on the B side of their popular singles, Sarah McLachlan and Tori Amos have released songs that are stylistically and thematically unlike the pieces on the full album. (Even though the singles are actually additional cuts on the same "side" of a CD single, they are still referred to, in the business, as B sides).

Many musicians bundle covers of old popular songs with their own pieces to establish themselves. The Red Hot Chili Peppers were resolutely underground until they decided to cover Stevie Wonder's "Higher Ground" and get some MTV airplay. Love and Rockets did the same with The Temptation's "Ball of Confusion." The Rolling Stones' transitional period is characterized by two albums, "Out of Our Heads" and "December's Children." Both contained many popular R&B covers along with their new ideas, which continued to flourish over the next five albums.

With nothing to lose, artists might throw in some junk to see how it stands in the view of consumers and critics. And even if the artist doesn't intend to test an idea, an innovation can emerge from the filler. The Who's Pete Townshend wrote and tied together four three-minute songs on the end of the band's second album essentially just to extend the length of the album. What resulted was a mini-opera, the first "rock opera," titled "A Quick One While He's Away," which, some critics claim, launched the band into recognition.

To take just one platform for popular music, singles are still notoriously one-dimensional -- that is, at least the A sides are. This is because the A side is overwhelmingly targeted for radio and MTV play so that it ranks high on the Billboard Top Charts. Radio programmers might only listen to three or four seconds of a song before liking it or tossing it. So the A side has to have an immediate emotional impact, and its length has to fit the formulaic length of three to four minutes. We all know that popular songs have a standard structure: They don't take long to get the overall feel and direction of a tune established -- usually no more than 10 to 20 seconds -- and then they don't deviate from it.

What it all comes down to is this: For a record to be played and make the rankings, mass appeal and inclusiveness are essential ingredients. "It's a mass-appeal game, not a novelty game," an executive at a major record label conceded to me. This doesn't mean commercial music is all bad -- I confess, I've given in, more than once, to the likes of "Oops I Did It Again." Mainstream hit singles can resonate, they can be fun, and they can just be plain good. But let's not confuse that with risk-taking in art.

"B sides" and the noncommercially oriented tracks that fill out a given album have always been the artistic payoff. Unlike the A sides, the B's can be far more subtle, complex, varied in length, and even irreverent, offensive, or disturbing -- all potential marks of innovation. The Beatles set the standard: After "Rubber Soul," it was clear that Lennon and McCartney were heading down different roads. In a sense, the high fixed costs were incurred for McCartney's innocuous and commercially friendly love ballads on the A sides, while the group was able to be musically daring with Lennon's more avant-garde and experimental compositions.

There's more than just anecdotal evidence that the B side is where creativity lurks. A sides are faithfully more standardized than their counterparts. Out of a sample of 200 popular singles released in the fall of 2000, B sides, sometimes as short as 30 seconds and as long as 22 minutes, were much more varied in length than the A's. Out of another sample of more than 20,000 singles, the number of professional songwriters employed for the A's was higher than 1,200, whereas for B's, fewer than 300 pieces were the work of professionals.

While 1,055 A sides were covers of other artists' hits, only 80 B sides were covers. Songs chosen for covers are usually pretty simple in composition and conceptualization. Thus, songs picked for covers typically have both accessibility and general, but not intense, likability. Also, since covers are remakes, they are obviously more standardized than non-covers.

Even in some of the most hackneyed genres of pop music, bundled innovation has flourished; musicians have attached riskier pieces onto sure-bets to expose and get feedback on their more precarious ideas.

But it won't always be that way: Apple's newly released iTunes allows individual songs to be downloaded, with good-enough sound quality, for a mere 99 cents. This is good for business but bad for music.

While artists and labels may now be worrying less about losing revenue to digital copycats, iTunes is de-bundling music. After the first week of iTunes' implementation, Apple reported that half the total songs purchased were parts of albums, but if you think about it, that's not a big deal. With roughly 12 or more pieces per album, that's a lot fewer albums sold than single songs. NPD Techworld analyst Stephen Baker wasn't surprised that album sales were strong in the beginning -- "When people move to a new format, one of the first things they want to do is get albums from their favorite artists, like the Eagles or Nirvana, in the new format." Since most people's favorite music is stuff that's been around, this won't do anything to foster innovation in new music.

For new music, consumers might still buy some full albums, but it won't match the buying of albums on CD. iTunes makes it too easy and cheap to be selective -- a CD single frequently costs upwards of $4 and more, but an iTunes single costs less than a buck, and there's good reason to think the price will go even lower. Plus only one or two songs from an album are usually sold in the single format, but iTunes lets you buy many, if not all, of the artist's songs separately. Consumers can buy exactly what they want, and no more.

Instead of tunes that were able to dodge the traditional commercially oriented gatekeepers by being attached to other tunes that did follow the rules of the game, each individual iTunes will be subject to the pressures of mass appeal. Consumers will likely purchase songs they know from radio, and thus become subject to the whims of programmers who are governed by commercial, not artistic, interests. iTunes allows a 30-second preview of songs, but we know that some of the best tunes don't even get going in that time. The 30-second preview just reinforces the need for each tune to be catchy and pleasing right up front.

Consumers of iTunes won't be able to sample for free other full pieces by the musician, and so will bypass the chief passage to the musician's more remote work. And in turn, with the growing popularity of iTunes, producers of music will be inhibited from taking musical risks since each piece will need to stand alone.

For now, this digital option and others like it complement the hardware world of CDs, with many consumers still buying CDs; but as online music sales grow, the sale of CDs will continue to decline, and digital music will come to reign supreme. When this happens, we can expect very little bundled innovation -- making the artistry of bands like the Beatles, the Doors and Tool potentially a thing of the past.

This story has been corrected since it was originally posted.

Sahar Akhtar is an economist who is also a Ph.D. candidate in Philosophy at Duke University, where she teaches in the economics department.