This classic crowd-pleaser about innocents incarcerated in a convent laundry will surprise anyone unfamiliar with Ireland's hostility to women. 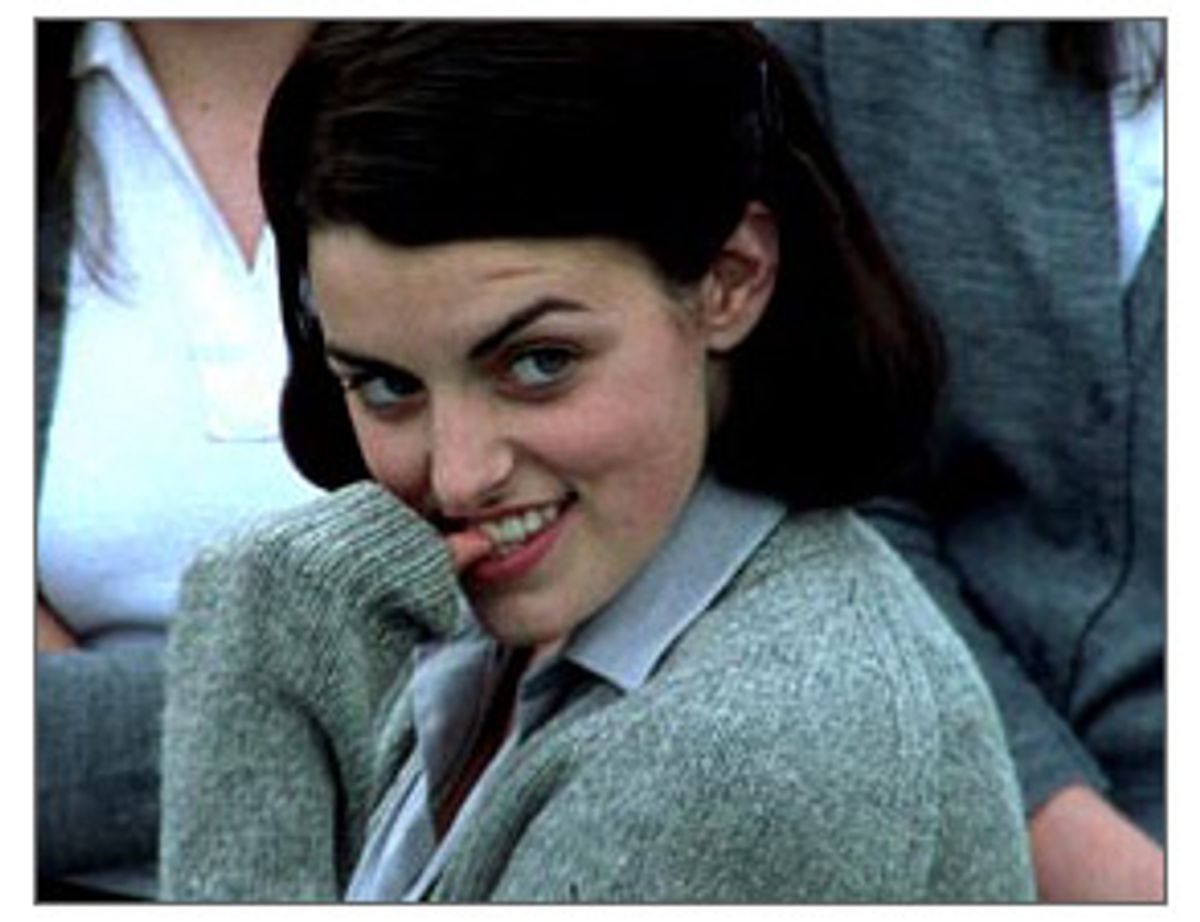 Drawing on one of the darkest secrets of Irish society -- which might almost be said to be built upon dark secrets -- "The Magdalene Sisters" is a rip-roaring feminist yarn that should offer relief to viewers anxious for an alternative to the boys-with-guns flicks of summer. This drama about the girls and women incarcerated in a convent laundry has the advantage of historical veracity, and it provides a useful object lesson in what can happen when an entire nation becomes hypnotized by one particular vision of religious virtue.

What really matters, though, is that writer-director Peter Mullan has crafted a classic crowd-pleaser, a neo-Gothic tale whose appealing heroines are unfairly oppressed but finally find the strength to set themselves free. With its nearly all-female cast and its story of a community of women poisoned and embittered by an atmosphere of sexual hostility (with a dash of lesbian sadism thrown in), "The Magdalene Sisters" will seem slightly familiar to any connoisseur of trashy genre films. (I'm not saying that's what it is, at least not exactly.) Basically, we're talking women-in-prison message movie, with the added touch that the prisoners aren't guilty of anything -- except being women.

You really don't need to know much about the historical background to enjoy "The Magdalene Sisters," whose forceful melodrama largely relies on its three irresistible leading actresses, the haunted Dorothy Duffy, the saucy Nora-Jane Noone and the lanky, reserved Anne-Marie Duff. But I suppose it's a story worth learning. For much of the 20th century, young Irish women, especially those from religious families in small towns, had a strange habit of disappearing, just as suddenly (and sometimes just as permanently) as radicals in junta-era Argentina or novelists in the Soviet Union.

Sometimes these girls, like Rose (the character played by Duffy) or the mildly disabled Crispina (a heartbreaking performance by Eileen Walsh), had given birth out of wedlock. Sometimes, like Margaret (Duff), they had been raped and had the temerity to complain about it. And sometimes, as in the case of Bernadette (Noone), they hadn't done anything at all to violate the Inquisition-like sexual-cultural norms of mid-'60s Ireland, except maybe being too flirtatious or too darn cute.

Such deviant specimens of femininity were surrendered by their families, all too willingly, to the "Magdalene laundries," a network of unpaid hard-labor institutions run, in a touch of extra-cruel irony, by the order of nuns known as the Sisters of Mercy. Since no crime had been committed, no judge or jury was involved; in the eyes of the Irish government, which was at the time largely subservient to the Catholic hierarchy, these extralegal gulags were a private matter of faith and hence none of its business. The "sentences" were informal and indeterminate: Most women were eventually released, but some lived their entire adult lives in the laundries and died there.

Although the Magdalene laundries began to fade away through the inevitable social and cultural shifts of the 1970s and '80s, change came late to Ireland and was forcefully resisted by religious conservatives. (Contraception and divorce are now legal, which remains amazing to anyone who remembers what Ireland was like 30 years ago -- but abortion may never be.) As difficult as this is to believe, the last of these pseudo-penal institutions was not shut down until 1996.

Mullan, the veteran Scottish actor you might recognize for his roles in "Shallow Grave," "Trainspotting" and, especially, his star turn in Ken Loach's "My Name Is Joe," is a straightforward if not especially subtle director. He captures the claustrophobic social climate of mid-'60s Ireland -- with its unique combination of the picturesque and the dreary -- with a minimum of fancy footwork. But when it comes to depicting the laundry where Margaret, Rose and Bernadette are confined, he slides too readily into caricature.

As Sister Bridget (Geraldine McEwan) delivers a lecture to her new charges about how hard work in the laundry provides "an earthly means to cleanse the sins from your soul," she's literally sitting at her desk counting a big pile of cash. OK, Mullan doesn't want us to miss the point here -- not only was the Magdalene system sexist, cruel and arbitrary, but running these slave-labor laundries with little overhead provided the church with a tremendous income stream. But there might have been more plausible ways to drive the point home.

Thankfully, that kind of clumsiness is more the exception than the rule in "The Magdalene Sisters." Although Mullan's screenplay doesn't give her a lot of help, McEwan (surely one of the great British actresses of our day) plays Sister Bridget with considerable grace. Sister Bridget accepts the twisted morality behind the laundries, of course, and it has essentially eaten her soul. But she sees herself as a fair-minded if stern tyrant, capable of comforting a girl who has been beaten and abandoned by her father, disciplining other nuns who mistreat the workers or shedding a sentimental tear at a showing of the classic nun-schmaltz film "The Bells of St. Mary's."

Nor does Mullan portray the imprisoned young women as innocent angels, although his movie is of course a forceful indictment of the religion and the society that has so unfairly enslaved them. They sleep in a spartan dormitory, are mocked and tormented by the sisters, work from dawn to dusk and are barraged with incessant prayer at every meal. Despite the urgings of Sister Bridget -- "You must look into your soul, find that which is pure and decent and offer it up to God" -- this isn't a prescription for noble behavior.

Some of the girls are mercilessly cruel to long-suffering, simple-minded Crispina, who has never been allowed to see her son or communicate with him. Bernadette, whose various failed schemes to escape have left her ever more embittered, is pointlessly hateful to an older inmate on her deathbed. When Crispina tries to hang herself and one of the girls who rescues her wonders why she wanted to die, another scoffs, "Jesus, what a stupid thing to say in this place."

In the end, although "The Magdalene Sisters" will surely be an eye-opener for any Irish or Irish-American person tempted to sentimentalize the island's recent past (guilty as charged, speaking personally), Mullan is fundamentally aiming for a female-empowerment adventure flick. Terrible things happen to characters we care about, but our central trio (like good Gothic heroines) are survivors who will find a way to get out of the laundry both alive and undestroyed.

One of them actually walks away from an easy escape opportunity out of loyalty to the others, setting up a boffo conclusion that involves horrible but humorous revenge upon an abusive priest and a final confrontation with Sister Bridget. Given that the true legacy of the Magdalene laundries is that of a secret, evil set of institutions that ruined countless young women's lives, you could argue that this is phony catharsis. But movies are not journalism, and amid its history lesson "The Magdalene Sisters" provides enough sense of human hope and possibility to make it one of the season's sleeper hits.