Hollywood's latest act of negligence toward its Hong Kong refugees provides a lesson in how not to film Jackie Chan. 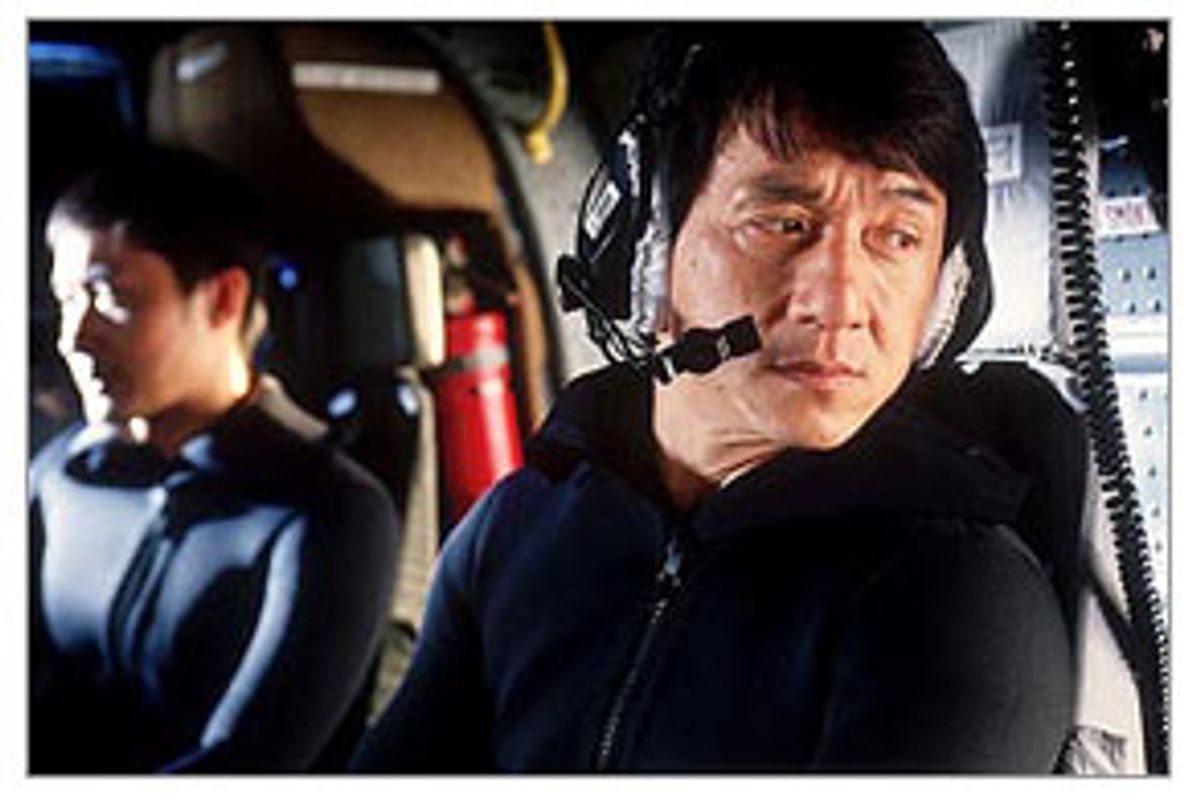 One of Hollywood's long-cherished chestnuts of self-congratulation is the way the movie industry provided work and a safe haven for the directors who fled Europe in the '30s and '40s. And considering the roster -- Lubitsch, Wilder, Sirk, Robert Siodmak, Jean Renoir and Max Ophuls among them -- there's reason to be proud.

Great Britain handing back Hong Kong to China is no way comparable to World War II. But the way Hollywood has used the talent that came to America in the face of that uncertainty is a disgrace.

In some ways, a predictable disgrace. There is no equivalent in current Hollywood for the absence of cynicism and self-hatred that characterizes Hong Kong commercial filmmaking (even as Hong Kong movies flirt with self-reflexiveness), no equivalent for the duty Hong Kong filmmakers feel for entertaining an audience instead of merely fattening the bottom line of the studios they work for. The upcoming Hong Kong action movie "So Close," which will be released on Sept. 12, makes nearly every Hollywood movie released this summer seem like the work of rank, arrogant amateurs. (At the very least it should make the people who put together "Charlie's Angels: Full Throttle" publicly abase themselves in front of the theaters it plays in.) Hollywood has lost the sense of how to use people as great presences instead of great actors. The success of "Crouching Tiger, Hidden Dragon" should have had Hollywood chomping at the bit to use Chow Yun-Fat and Michelle Yeoh and Zhang Ziyi, and those actors have barely surfaced since then.

No one who has come to Hollywood from Hong Kong has been as ill-served as Jackie Chan has. (The exceptions are "Shanghai Noon" and "Shanghai Knights," which balanced Jackie's physical gifts with his talent for comedy, and gave him a great second banana in Owen Wilson.) A man who has equaled the wonder and joy of the greatest physical performers the screen has ever seen has been stuck in vehicles that simply provide no showcase for him.

Like last year's "The Tuxedo," his new film "The Medallion" has the awful idea of imbuing Jackie with superpowers. If writers think that they have to give Jackie Chan superpowers and special effects in order for him to do amazing things, they clearly have no idea who they're writing for. There are five writers credited with the script for "The Medallion," and between them they don't come up with a single original or amusing or clever idea.

They're equaled in ineptitude by the director Gordan Chan. Sammo Hung was the action director on "The Medallion," but it doesn't matter how intricately a movie's physical work has been conceived if the director shoots the film in a way that doesn't allow you to see it. As with shooting dance sequences, shooting action sequences requires showing us the performer's entire body if we're going to be able to appreciate what they do. Most of the time, Jackie is cut off at the waist. When he walks nimbly across the seats of a row of bicycles seconds before they crash to the ground like a row of dominoes, all we get to see are his legs.

Jackie isn't the only one hobbled by this approach. His costar here is Lee Evans, a comic of prodigious physical gifts. It would have been great to use Evans as a sort of spastic shadow of Jackie, a clown whose every move is as torturous and clumsy as Jackie's is smooth and assured. But here, too, we don't get to see all of Evans, and so he winds up mugging in a way that makes little sense for the character he's playing -- the Interpol agent working with Jackie's Hong Kong police detective. It doesn't matter to the filmmakers that Evans has to break character to get any comedy into the movie. He and Jackie are even saddled with that old groaner of having an argument that, as overheard by their coworkers, makes it appear they are lovers.

Considering the alternative, the love interest provided by Claire Forlani, that doesn't seem so bad. Forlani delivers every line with a little smirk, as if she's inordinately pleased with herself -- worse, as if she had something to be pleased about. You can forget about her in the one scene where the Hong Kong star Christy Chung, as Evans' Chinese wife, gets to fend off some bad guys with high kicks and high-powered firearms. There's no explanation for why a woman living in suburban Dublin would have the guns she does or where she learned her martial arts moves. It appears as if the filmmakers are saying it's something all Asians know.

Julian Sands turns up, apparently channeling the ghost of George Sanders, as one of those mincing, crypto-homosexual British villains. If I've avoided saying anything about the plot -- the efforts of the good guys to save a little Chinese boy who has been given the gift of bestowing eternal life -- it's because it's hard to believe in eternal life when you don't think you're going to make it through a 90-minute movie.