Graceful exit for an excitable boy

Funny, smart and touching, Warren Zevon's "The Wind" -- his latest album and presumably his last -- is also one of his finest. 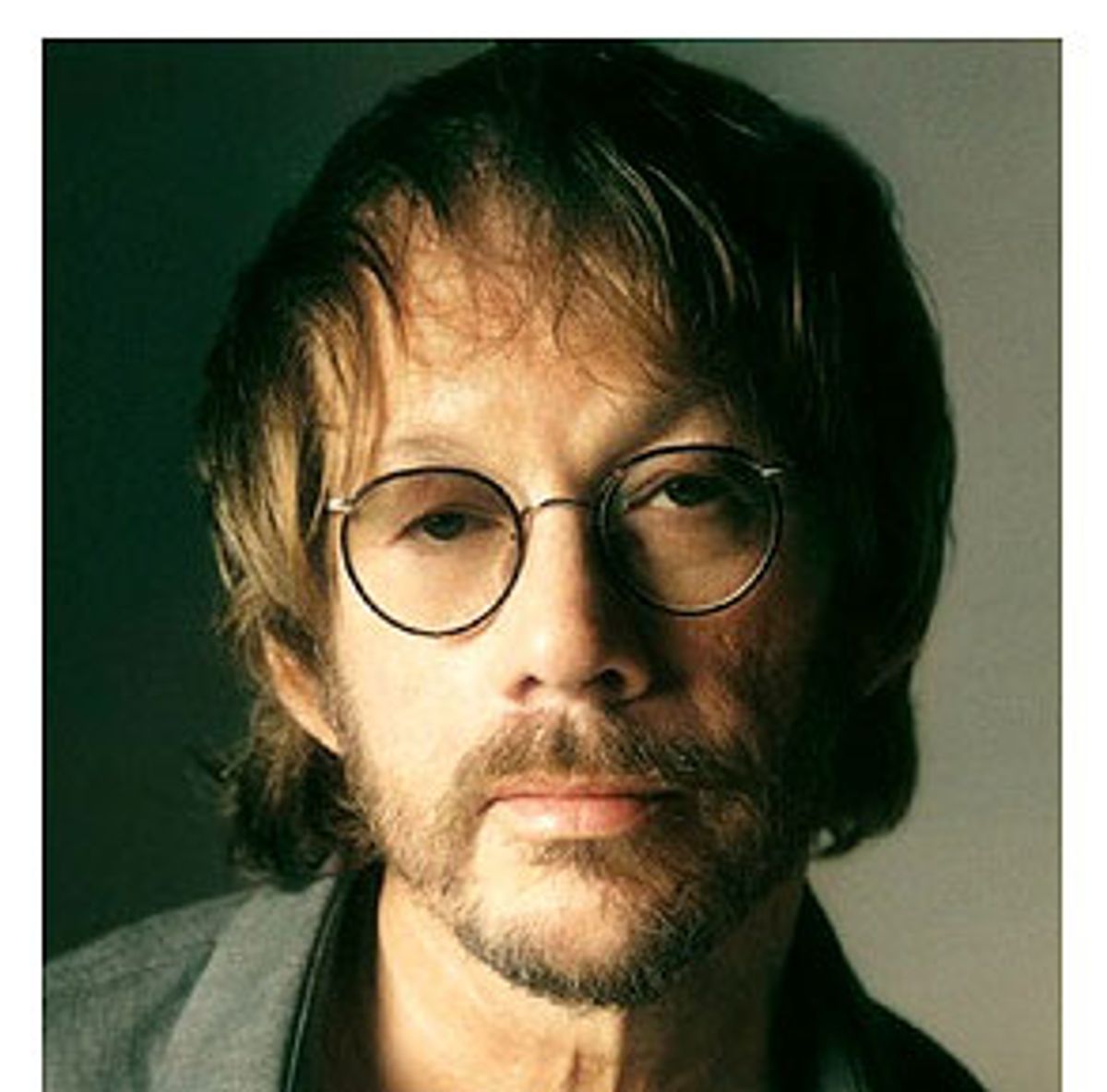 When news broke last fall that Warren Zevon had been diagnosed with inoperable lung cancer, the class clown of El Lay Rockdom suddenly seemed like a prophet of his own doom.

Zevon has always had a morbid fascination with death. The title track of his essential 1978 long-player, "Excitable Boy," features a crazed murderer who, upon release from the mental home, promptly digs up his victim's remains and makes a cage with her bones. The same album's "Roland the Headless Thompson Gunner" tells the story of a ghost who avenges his CIA-sponsored assassination with Peckinpah-esque panache, using his trusty Thompson to blow his killer's body from a bar in Mombasa to the streets of Johannesburg.

More famously, on "Werewolves of London" -- Zevon's only bona fide chart hit -- the singer-songwriter warned listeners, "Better stay away from him/ He'll rip your lungs out, Jim," before quipping that he'd like to meet the creature's tailor. (In concert, inveterate yuckster that he is, Zevon sometimes tweaked the line so that the werewolf was "looking for James Taylor.")

But from their titles on down, each of Zevon's more recent albums has basically forecast the man's demise. Consider "My Shit's Fucked Up," a caustic little gem from 2000's prophetically titled "Life'll Kill Ya." The track finds Zevon in a doctor's office listening intently to an M.D. who explains, in deep and foreboding tones, that "The shit that used to work/ It won't work now." And the title track of 2002's "My Ride's Here" is, to paraphrase drummer Anton Fig, the sunniest little song about death you're ever likely to hear.

"The Wind," Zevon's latest album and presumably his last, is also death-obsessed. The disc is darkly comic in places -- this is the guy, after all, who remarked after his diagnosis that he'd be bummed if he didn't make it to the next James Bond flick.

But even the album's lighter moments are shot through with palpable angst. The stinging rocker "Disorder in the House" finds Zevon alternately "sprawled across the davenport of despair," lying on "the couch of pain," and, paycheck in hand, promising to "paint the whole town gray." During the course of "Rub Me Raw," Zevon intones nonsense words over the track's 12-bar blues, managing somehow to make phrases like "pickle-ickle-ickle" and "wang dang doodle" sound vaguely threatening. And just before he strikes up the band on the radio-ready "Numb as a Statue," Zevon announces, "Let's do another bad one then, 'cause I like it when the blood drains from Dave's face."

"Dave" is David Lindley, the remarkable guitarist who, in the 1970s, placed much-needed wake-up calls to every room in the Hotel California, jolting records by everyone from Linda Ronstadt to Jackson Browne to life with his incisive playing. Lindley is on hand for "The Wind," too, as are scads of Zevon's other friends and admirers. Bruce Springsteen holds forth on the disc, most of the Eagles come home to roost, and Tom Petty, Emmylou Harris, Ry Cooder and T-Bone Burnett also turn up. Even Billy Bob Thornton -- a relative juvenile delinquent among this crowd of nearing-60-somethings -- manages to crash Zevon's party.

But despite an A-plus guest list that seems torn from the Rolodex of '70s rock impresario Irving Azoff, the tone of "The Wind" is mainly elegiac, almost redemptive. Disc opener "Dirty Life & Times" echoes the gospel standard "When the Roll is Called Up Yonder," with Zevon setting the stage by allowing from the outset that, with this one, he's "winding down my dirty life and times." The disc also features a cover of Bob Dylan's "Knockin' on Heaven's Door," a choice that, at first blush, seems too obvious for an ironist of Zevon's caliber. Still, when toward the end of the tune Zevon chants "open up, open up" in his brooding baritone, it's one of the disc's most striking moments.

Similarly, the plaintive, piano-fueled "Please Stay" could be just another in a long series of Zevon's tenderhearted love-gone-wrong songs. But the circumstances surrounding the whisper-gentle ballad imbue it with the gravitas of a dying man's last wish. It's almost as if Zevon is asking whether he can stay.

Sadder still, you can hear weakness in Zevon's singing throughout the album. Typically an authoritative instrument that he has often had to rein in for ballads, Zevon's voice seems tailor-made for them this time: Fine as the rockers are, "The Wind's" slower tunes are the record's most affecting. "She's Too Good for Me" glides gently on softly shaken maracas, a precisely picked acoustic guitar riff, and Zevon's fragile but always melodious warble. Except for its bittersweet lyric, the stately "El Amor de Mi Vida" could easily become a staple of wedding bands everywhere. And with its sotto-voce backing choir, "Prison Grove," a dark and funereal blues, conjures "Jungle Work," a track from Zevon's still-thrilling 1980 outing, "Bad Luck Streak in Dancing School."

But the album's Dylan-esque closer is its finest moment. "Keep Me in Your Heart" is heartbreaking in its modesty, with Zevon hoping, merely, that former friends and lovers -- and by extension, his audience -- will "keep me in your heart for a while." As if forgetting him is even a remote possibility. This is the guy, after all, who offered the world "Lawyers, Guns, and Money," the greatest (OK, so it's the only) rock 'n' roll song about playboy colonialism ever written.

Even if the album were crap, of course, it would be impossible to pan: Not even a rock critic could be so heartless. Plus, ever since some high school buddies and I traveled to an Orlando concert hall with a "Werewolves of Florida" sign in tow, I've been unable to utter a negative word about the man. That joke, admittedly, doesn't seem quite as hilarious as it did to me as a kid, but the concert remains one of the best I've ever seen. Zevon's lacerating lyrical skill notwithstanding, he's the most generous performer this side of Bruce Springsteen -- and one of the most joyous, too. As I recall, Zevon was basically beaming throughout the entire show. And so was the audience.

But "The Wind" isn't crap. It's heartbreakingly good, in fact, ranking right up there with Zevon's endlessly amazing early work. Thanks mainly to its rough-hewn production, the album echoes his self-titled 1976 disc in particular. "Warren Zevon's" most famous tune, "Poor, Poor Pitiful Me," was a minor hit for Linda Ronstadt back in 1977. But the album's best number was "Hasten Down the Wind," a pretty but ultimately bitter ballad about the mercurial ways of love relationships.

With this "Wind," Zevon resolves that crisis, bringing his illustrious career full-circle by embracing -- or at least coming to grips with -- the ephemeral nature of the ties that bind. He's still singing about death, of course, about the way things sadly and inevitably end. This time, though, there's gentleness in Zevon's voice, acceptance without resignation and, at the same time, a genuine lust for life.

"The Wind," in other words, is funny, sad, smart and touching -- a graceful goodbye from one of rock's sharpest wits.