Would you like some freedom fries with your crow, Mr. President?

Six months after spitting in the face of the world, the Bush administration is crawling on its belly before the U.N. If the world doesn't rush to help it, the White House has only itself to blame. 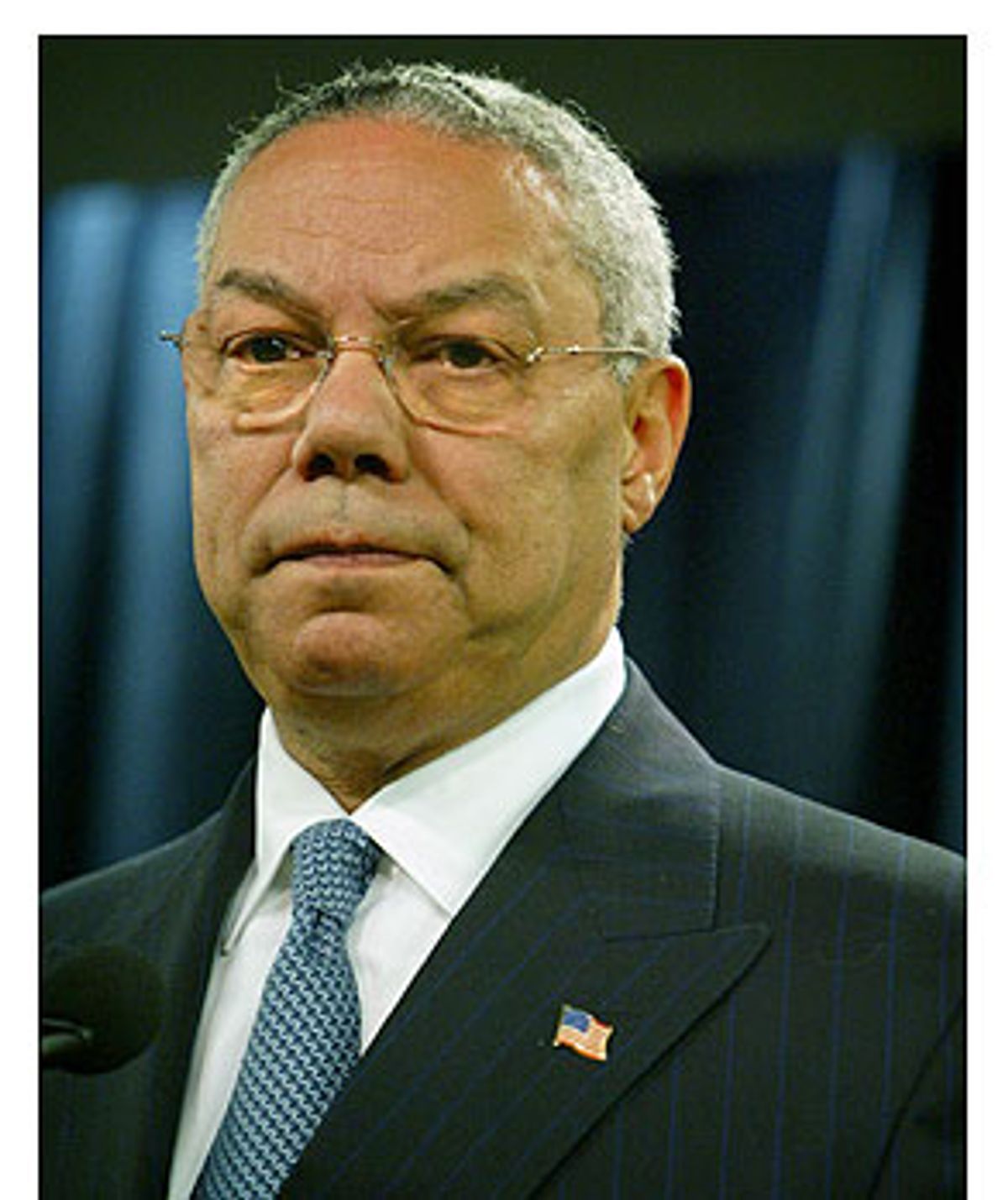 Let me make sure I've got this right. After being insulted, belittled and called irrelevant by the swaggering machos in the Bush administration, the United Nations is now supposed to step forward to supply cannon fodder for America's disastrous Iraq occupation -- while the U.S. continues to run the show?

In other words, the rest of the world is to send its troops to get killed so that a U.S. president it fears and despises can take the credit for an invasion it bitterly opposed.

The rest of the world may be crazy, but it ain't stupid.

The Bush administration's humiliating announcement that it wants the U.N. to bail it out officially confers the title of "debacle" upon the grand Cheney-Rove-Wolfowitz adventure. Not even the world-class chutzpah of this administration can conceal the fact that by turning to the despised world body, it is eating a heaping plate of crow. This spectacle may give Bush-bashers from London to Jakarta a happy jolt of schadenfreude, but it does nothing to help Americans who are stuck with the ugly fallout of the Bush team's ill-conceived, absurdly overoptimistic attempt to redraw the Middle East.

The bitter truth is that everything the administration told us about Iraq has turned out to be false.

The biggest falsehood, of course, concerns the reason we went to war in the first place. President Bush's recent hints that we invaded Iraq to get rid of the evil tyrant Saddam are patently false: The administration's entire prewar argument, until it began to grasp desperately for other explanations on the eve of the invasion, was that Iraq represented an imminent threat to our security. That was, of course, a lie. Iraq never had any connection to al-Qaida (not even the ever-serviceable Tony Blair tried to claim that) and if it had weapons of mass destruction -- which in any case there is no reason to believe it would have used against the U.S. -- none have been found. (In this light, Bush's somewhat peculiar attack on "revisionist historians" appears to have been a Freudian slip.)

However, the Bush administration has succeeded in making its fears come true: Iraq now does harbor enemies who represent an imminent threat to the lives of the 140,000 American servicemen who are hunkered down there. By removing Saddam's dictatorial regime, the U.S. turned a nation that borders Saudi Arabia, Iran, Jordan and Syria into a lawless, anarchic swamp, open to every jihadi and America-hater who wants to blow up the Yankee infidels who invaded a sovereign Arab state. A G.I. dies almost every day, and 10 more are wounded, and there is no end in sight, and the reasons why are beginning to seem even murkier than the reasons we were in Vietnam.

The Bush administration is probably hoping that the American people won't notice that the invasion created the very problem it was supposed to solve. After all, half of all Americans believe that Iraq was behind 9/11 -- the result of months of the administration's repetitive, hypnotic demonizing of Saddam and total silence about the embarrassingly uncaught Osama bin Laden. Why not go for an even bigger lie and claim that the Iraq nightmare shows that the invasion was needed because now we see just how evil those terrorist ragheads really are?

Perpetual war for perpetual reelection: According to this master strategy, even a losing "war on terror" is a winning hand for Bush, because it makes the world a scarier place and when people are scared they vote for the tough guys. Even if the tough guys don't know what they're doing.

The administration, which in its supreme arrogance regarded postwar planning as beneath it (that's for sissy nation-builders), never acknowledged or even considered that the war and occupation could be messy, long and ruinously expensive -- and it silenced those who tried to warn that it was living in a fool's paradise. When straight-shooting Gen. Eric Shinseki, the Army chief of staff, warned that "several hundred thousand soldiers" would be needed to pacify Iraq, the insufferably smug Secretary of Defense Rumsfeld squashed the now-departed officer like a bug: "Any idea that it's several hundred thousand over any sustained period is simply not the case."

Bush said the U.N. must sanction his war on Iraq or "become irrelevant." It did not. Yet today he is crawling on his belly to the supposedly irrelevant U.N., begging it to bail him out of the quagmire he created.

The administration said that America was so omnipotent that it could afford to spit in the face of the rest of the world. Indeed, for the ideologues who run the Bush show, flouting our solo might almost seemed to be a sign of God's special favor. Now, having burned our bridges to all of our allies except Britain, the America über alles crowd is reduced to sputtering in rage as the rest of the world -- surprise! -- declines to rush forward with open checkbooks.

Had the U.S. worked with the U.N. to deal with Iraq, as Bush's considerably more world-wise father did in 1991, we would not be facing this problem. The community of nations would have regarded Iraq as its shared responsibility and stepped forward. But by alienating the world -- and squandering the unparalleled goodwill created by 9/11 -- the Bush administration created a powerful disincentive to even those nations that understand the vital necessity of rebuilding Iraq. The unpleasant truth is that for much of the world, helping this shattered nation, even if understood to be a worthy and necessary goal, now equals lending aid and comfort to an American regime that is perceived as blustering, simplistic, addicted to violence, self-righteous, and dangerously out of control.

In a nobler world, France and Turkey and Germany and Russia would forget all those nasty things that Bush officials (and their mouthpieces in the Murdoch media empire) said about them and send tens of thousands of troops to bail us out. But the real world does not work that way. The "axis of weasels" is now enjoying every minute of it while the Bush regime squirms.

By insisting that any U.N. forces be placed under U.S. control, the Bush administration is trying to save what little face it has left, but also making it that much harder to enlist the help of other nations. Moreover, no one at the United Nations is likely to have forgotten that the bombing that blew up the U.N. headquarters in Baghdad could never have been carried out except in the power vacuum that followed the ouster of Saddam. Had the Bush administration not poured contempt upon the U.N., that fact might not have led to acrimony and finger-pointing -- after all, it is unreasonable to blame the U.S. for that vile deed. But the Bush team is reaping what it has sowed.

To be sure, some kind of deal may yet be worked out. But if the terms of that deal are more niggardly than the Bush administration would like, if much of the world stands on the sidelines and watches the bully twist in Iraq's deadly breeze, it will have only itself to blame.