This daring, sprawling debut feature from 30-year-old French director Delphine Gleize, about life, death and a slain bull that touches the lives of a dozen people, is unlike anything you'll see this year. 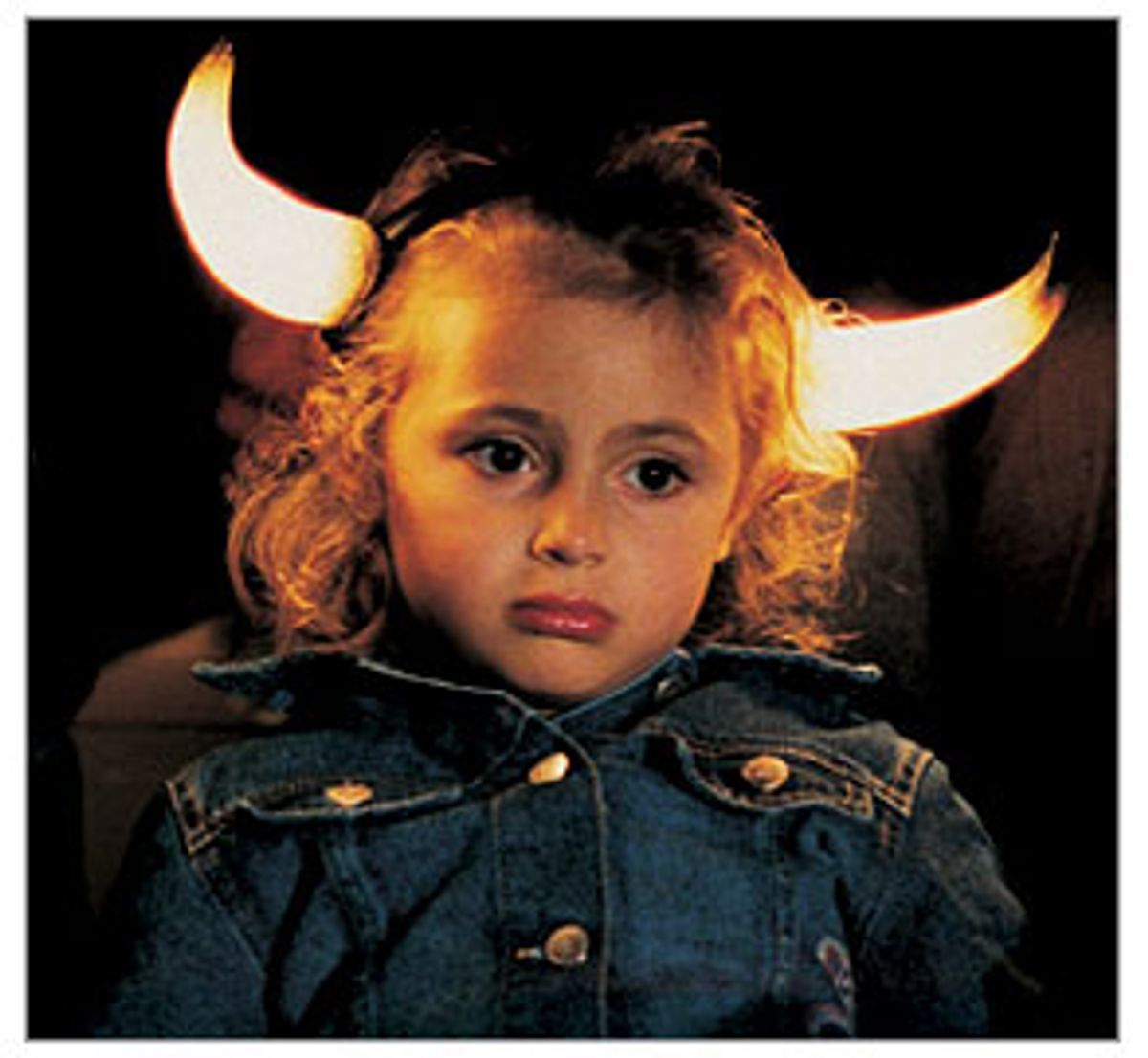 In the face of the near-total domination of the world film market by mass-produced American entertainment, independent European cinema continues to flourish at a level of artistic ambition not seen since the 1970s. On one level this may seem paradoxical, but on another it's an entirely logical response to the global tyranny of Hollywood.

For a young filmmaker like Delphine Gleize, the 30-year-old French writer and director of "Carnage" (which opens this week in New York), Hollywood doesn't seem to exist at all. Her debut feature is impressively large in scale and, despite casting a relatively cold eye on both life and death, offers its interconnected cast of characters a surprising measure of redemption by the end. But in other ways it doesn't resemble the commercial movies most Americans see at all. I realize this might sound like a snobbish thing to say, but if your idea of what a film is came exclusively from watching "Seabiscuit" and "Chicago" and "Gladiator," you might find it almost impossible to understand "Carnage." It's as if it had been made not just in a foreign language but also on another planet.

The film's title -- and the fact that its unifying construct, the thing that connects all its characters, is the corpse of a magnificent bull killed in an Andalusian bull ring -- might make you suspect that it's another entry in the recent litany of Euro-shock cinema, after Gaspar Noé's succès de scandale "Irreversible," Bruno Dumont's "Humanité," Claire Denis' "Trouble Every Day" and so on. (Olivier Assayas' forthcoming "Demonlover" offers an especially disturbing example.) But "Carnage" is more delicate and whimsical, and also more metaphysical and perhaps spiritual, than that summary suggests. Ultimately it's a comedy, albeit one where death plays a central role. Isn't that a reasonable definition of life itself?

"Carnage" will also remind some viewers of Alejandro González Iñárritu's equally memorable "Amores Perros," in that it perceives a pattern that seems to link all life (and all death) together, a pattern no single individual enmeshed in it can perceive. But the two films have strikingly different tones; "Carnage" never feels harsh or cruel, even when characters we care about come to unpredictable ends. (That happens in the real world, after all.) Maybe a more important connection between them is their enormous shared debt to Luis Buñuel, who looks more and more like the patron saint of today's new generation of cinema revolutionaries.

Gleize seems to emerge from a realm where directors who remain virtually unknown in the U.S., from Buñuel to Raoul Ruiz, Claude Lelouch and Manoel de Oliveira, are the guiding stars, and the only American filmmakers anybody has heard of, post-1960, are Robert Altman and Jim Jarmusch. (It's no accident that the two female stars of "Carnage" are Angela Molina, whose haunted, wiry beauty was displayed in Buñuel's "That Obscure Object of Desire," and Chiara Mastroianni, the daughter of Marcello Mastroianni and Catherine Deneuve.) But the fact that Gleize's influences are clear does nothing to diminish her startling talent for composition -- this is a wide-screen film and should be seen that way -- the breadth of her vision, and the distinctive blend of tenderness and hardness that marks her immediately as an important new director.

While dying in the ring, the bull has gored the handsome young bullfighter who kills it, leaving him clinging to life in the hospital, awaiting a liver transplant that seems unlikely to come. As the brave beast heads for the abattoir on the back of a truck, a woman named Alicia (Molina) and her adult daughter Jeanne (Lucia Sanchez) get stuck behind it in traffic. They consider the animal's fate and Jeanne jokes, "It's looking at you, Mother." Alicia laughs this off, and she's right; "Carnage" is a long way from "Lovely Bones"-style treacle, where the dead watch over the living from some plush anteroom of paradise. But Alicia and Jeanne will never know quite how much this vanquished animal will change their lives.

Jeanne teaches kindergarten in the north of France, where her most troublesome student is a strange little girl named Winnie (Raphaëlle Molinier), who suffers from epileptic fits and insists on drawing pictures in which people are much smaller than animals. This might be a textual reference to the 1,000-pound bull -- Jeanne has no way of knowing that Winnie watched the fatal bullfight on TV -- but there's also a more obvious explanation. In a movie full of subtle visual jokes, perhaps the best of them is the fact that when we see Winnie at home, we learn that the closest thing she has to a sibling is a friendly dog named Fred, a Great Dane who is perhaps twice her size.

Winnie's parents buy a bone for Fred from a lovelorn Italian actress named Carlotta (Chiara Mastroianni), who is playing a Carmen-esque Spanish temptress in a supermarket promotion -- and of course it's one of the bull's bones. The animal's eyes are sent to a Belgian medical researcher named Jacques (Jacques Gamblin), who is cheating on his pregnant wife, Betty (Lio), and is about to get an extraordinary surprise. Jacques is also somehow connected to an impoverished rural taxidermist named Luc (Bernard Sens), who lives in a trailer with his elderly mother and has wound up with the dead bull's horns.

That's without explaining the suicidal ice-skating philosopher (Clovis Cornillac) who makes random phone calls to strangers and asks for "Brigitte" -- on one of them he talks to Betty -- and who has fallen in love with Carlotta. Or the deaf-mute man who turns out to be somebody's long-lost father. Or the New Age rebirthing class in a swimming pool, presided over by a Dame Edna look-alike. Or the three bozos who show up at the hospital to visit the comatose bullfighter and only end up quarreling among themselves. Or, on yet another level, the multiple scenes that involve people wrestling on the floor, or discussions of who is and is not a human being and what that means.

Gleize's tremendous compositional sense and instinctive sense of pacing combine to make a long film full of leisurely shots feel tightly constructed. More important, she's able to draw an air of gravity from even the silliest coincidences, like the shopping-cart collision that eventually links Carlotta and the philosopher to Winnie and Fred, and simultaneously to make macabre events, like a TV interview with a man who has stuffed and mounted his mother's head, seem more comic than gruesome. As I've already suggested, plenty of viewers -- maybe most -- won't have the patience for a movie like "Carnage." Its hypnotic network of correspondences (some of them obvious and some subterranean) and its clear-eyed combination of compassion and fatalism unfold in an elliptical, unforced fashion. Once they do, what emerges is an astonishing debut, unlike anything else you'll see this year.