The author of "Sex in the South" whoops it up at a sex-toy sales meeting in Arkansas. 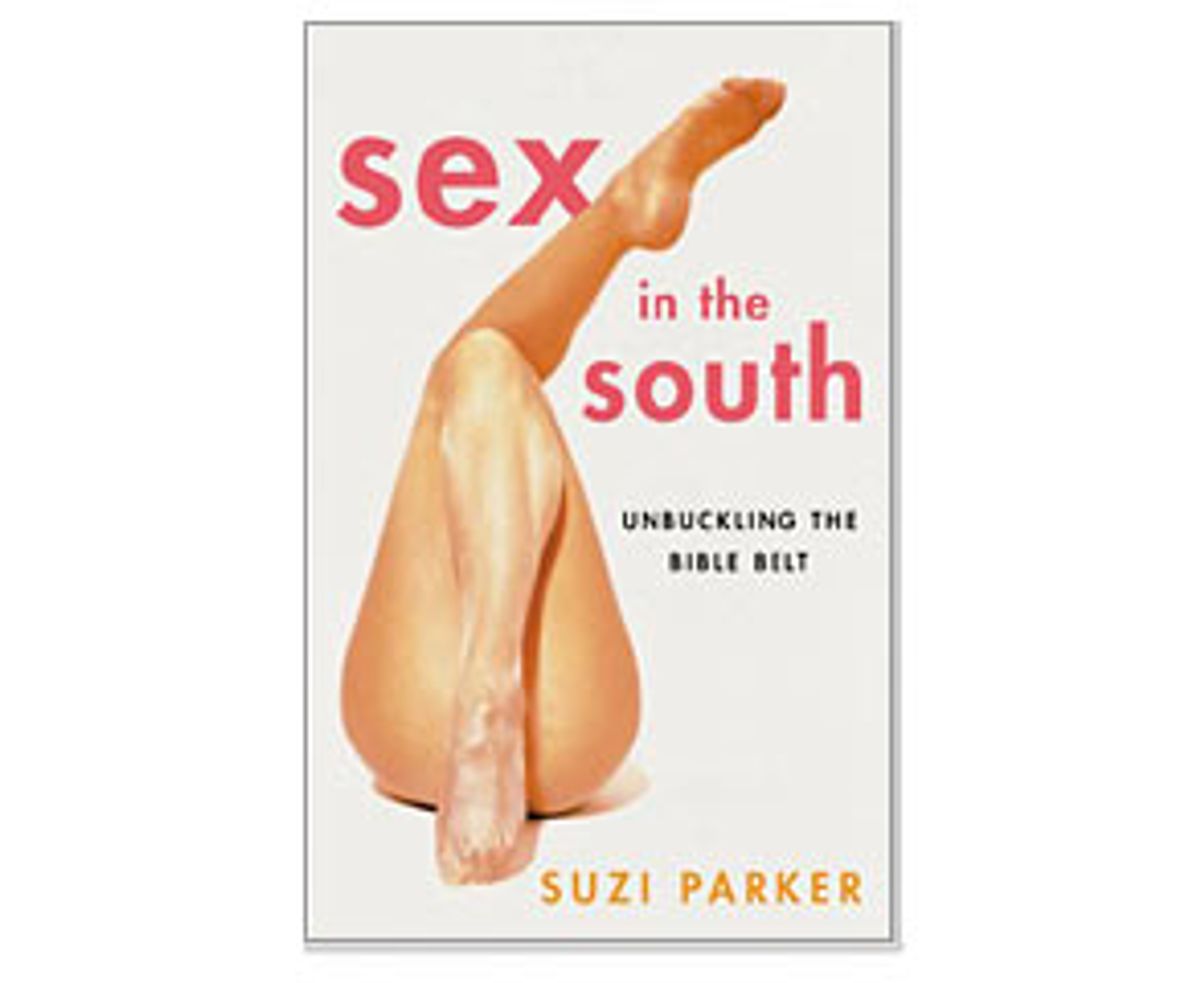 Editor's Note: Suzi Parker is a journalist who lives in Little Rock, Arkansas. She's been working on the book "Sex in the South" for about five years, looking for the most compelling, unusual stories that would make up what she calls "one girl's whirlwind tour though the sexual South, rather than a dry, academic study."

She found a lot of the stories in her native state, but after doing research she found that a whole sex underground network existed in the South -- even though the outward image of that part of the country is socially conservative. Mostly it's religion that defines the region. "We're a region that is absolutely dominated by religion," says Parker. "It's not uncommon to find a town with more churches than liquor stores. In such an overtly religious region, folks naturally develop split public versus private personalities when it comes to sex ... that kind of repression leads to some serious pressure building up, a pressure that gets released in some unusual, creative ways."

This excerpt is from the first chapter of "Sex in the South" and it's definitely about pressure being released.

MAUMELLE, ARKANSAS -- It's hard to focus on the Scriptures when you are thinking about the EZ pleaser.

Only in the South would a girl like me go to church on Sunday morning, attend the monthly Methodist potluck after the preaching, and then show up a few hours later at a local hotel to learn the art of selling sex toys to housewives. But after all, this is Arkansas, the land of split personalities, where nobody is ever what they seem.

I gobble down the last bit of Jell-O salad, a frothy green concoction of whipped cream, lime gelatin and pineapples, on my paper plate at the potluck before saying my good-byes. I don't bother to tell my friends my afternoon agenda -- that I am headed to a sex toy sales meeting at a Ramada Inn.

The motel sits perched on a hill between a chain-owned Mexican restaurant with oversized floppy sombreros on the fiesta-bright walls and a chain-owned Chinese restaurant with jumbo glittery goldfish in a man-made stone pond. I walk into the mauve and beige lobby, and before I even approach the front desk to ask where the sex toy mavens are meeting, a stern-faced man points down a hall. He obviously knows what I am looking for on a Sunday afternoon -- jiggly, wiggly sex toys.

Pat Davis, the president of Passion Parties in Brisbane, California, has flown in for this seminar. This, I soon learn, is a big damn deal. She was formerly a motivational speaker at San Diego's Millionaires in Motion before she found a home at Passion Parties. It's not every day the common housewife or beauty operator who sells sex toys on the weekend meets Pat Davis, a brassy woman who tells the crowd she's been married for more than 30 years and a little romance and hoochie-coo never hurt anyone.

It's no surprise that the president of the company would embark on a tour of the South. It's the best-selling area in the country for sex toys. And Passion Parties, hosted by perky Passion Party hostesses (think 1970s Tupperware parties but with rubber penises instead of plastic ice trays) are all the rage in small towns across the region. There's nothing like a bunch of women getting together on a Friday night and giggling naughtily about a piece of rubber in the shape of a dick. Unless, that is, it's on Wednesday night. That's when husbands think their wives are at choir practice at the Southern Baptist church, but then they come home with edible undies and a love swing under their arm instead of the Bible.

The women in this cozy conference room range in age from a bashful 22 year old to 60-plus. Some are married, some single.

"Have you tried it?" a Big Gulp-sipping woman beside me asks me point-blank.

I shake my head no. Last time I tried such a sexual aid I got into serious hot water. I prefer to go the natural route now, and if a screaming banshee orgasm fails to happen, so be it. I'll play it safe for a while.

Oh, honey, you've got to try it. Make her give you a sample."

I smile and nod. Yeah, sure thing.

Here's how the Passion Party catalog describes Pure Satisfaction UniSEX Enhancement Gel: "An exclusive UniSEX gel for enhanced sexual satisfaction in high demand by today's men and women. Passion Parties is the first to present a safe and natural topical Unisex gel that induces more intense orgasms in both sexes, allows for greater intimacy and maximum sexual fulfillment." You get the picture.

Just in case I didn't get the picture from that description -- written by an established romance writer who shall remain nameless (something tells me it's not Danielle Steele) -- some of the women in the room decide to give testimonials. Just like church: Time to testify!

"I've always had a fantasy about having an orgasm so intense that I pass out," says a woman in her thirties with curly brown hair.

Damn! I think, suddenly picturing this housewife starring in a snuff film.

"My husband and I applied it to my clit and to the head of his penis. Then you feel it. It's tingling, burning, on fire. He slid into me and banged me until I had the orgasm of my life."

The woman gasps and sweat pops out on her face. Her eyes glisten at the torrid memory. I'll have what she's having, I think to myself.

"But that wasn't enough so I made him go again, and I came again."

Oh, yeah! I'll definitely have what she's having.

"Then, he just couldn't go anymore but I could. So that's when we got out the sex toys."

Perk! Definitely want me some of that.

"And I came so hard when he kept pushing the sex toy in and out that I passed out. I was gone. I think it scared my husband, but I came to after a few minutes."

Hmmm, not so sure I want what she's having after all. I'm not ready to quasi-meet my maker following a screaming O. But everyone else seems receptive and claps loudly. I'm reminded of an old-time riverbank revival: same passion, different scripture.