The horror, the horror

The new director's cut of "Alien" reminds us the film is a powerful purveyor of existential dread, not just haunted-house thrills. 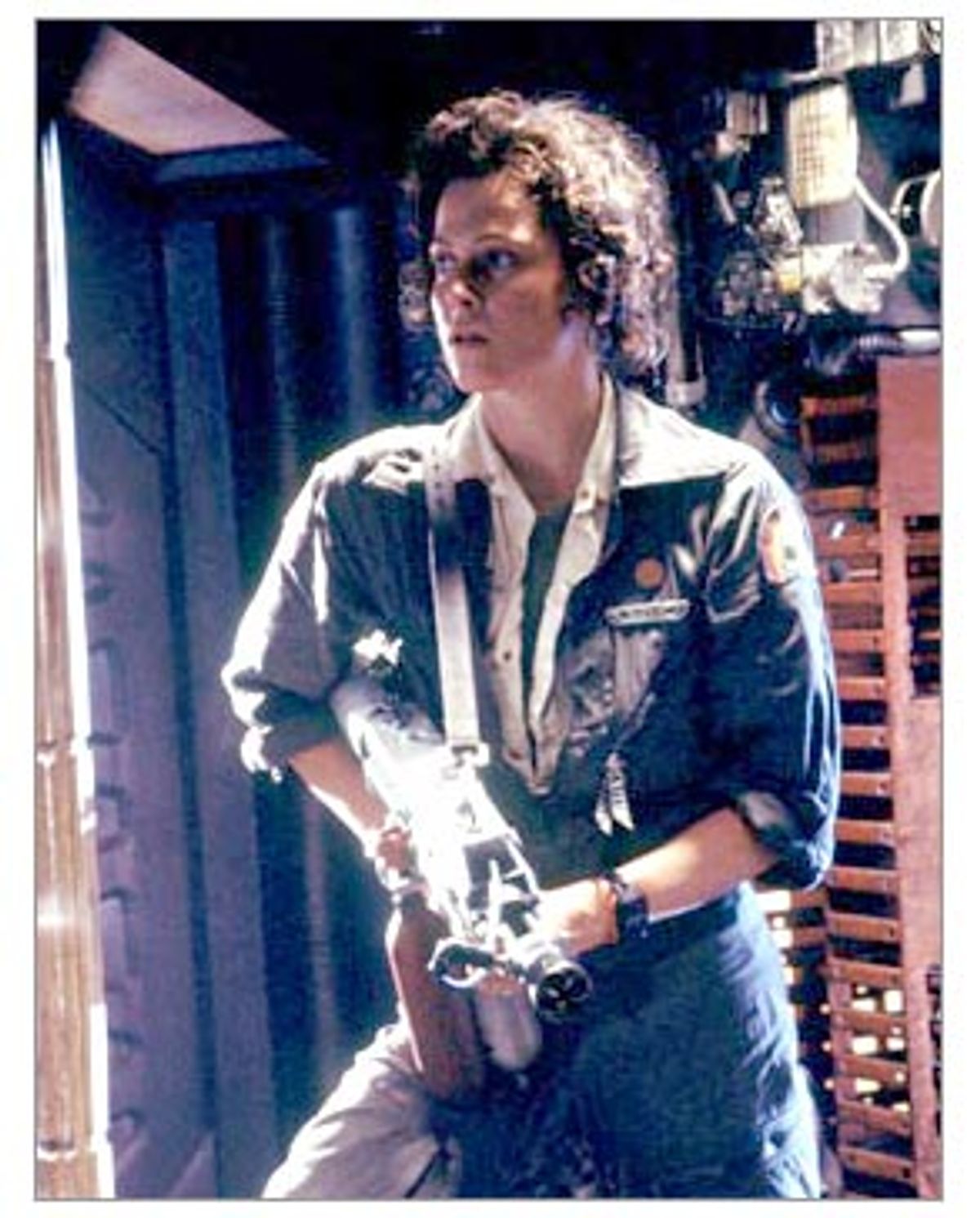 Unlike its increasingly baroque series of sequels, Ridley Scott's original 1979 "Alien" is a film about human loneliness amid the emptiness and amorality of creation. It's a cynical '70s-leftist vision of the future in which none of the problems plaguing 20th century Earth -- class divisions, capitalist exploitation, the subjugation of humanity to technology -- have been improved in the slightest by mankind's forays into outer space. Although it has often been described as being a haunted-house movie set in space, "Alien" also has a profoundly existentialist undertow that makes it feel like a film noir -- the other genre to feature a slithery, sexualized monster as its classic villain.

From the first minutes of the film, as cinematographer Derek Vanlint's camera crawls through the empty corridors of the space freighter Nostromo, the mood of dread and confinement is almost unbearable. Nothing is happening: Random computer-screen data is reflected on the visor of an empty helmet; one of those little plastic bobbing-bird toys dips its head rhythmically into an empty glass. Finally we reach the crew of the Nostromo, sleeping in their plastic eggs -- like so many of the film's images, this is a symbolic or semiotic foreshadowing of the horrors to come -- and watch them slowly wake, groggy and pallid, like babies born prematurely old.

Watching these scenes on the big screen, for the first time since cutting high school in May 1979 with a few friends to see the film on the Friday it opened, I recognize how few horror movies I've seen before or since that ever manage to capture such a tangible feeling of menace. "Alien" was only Scott's second feature and it remains his best, even compared to "Blade Runner" (which is a more important film, in the sense that it affected not only the future of movies but the future of urban design). In one sense, seeing "Alien" now is bittersweet: I remember how energized I felt by the emergence of a director with such limitless talent and potential, and by what seemed to be his devotion to creating an all-enveloping sensual, emotional and intellectual experience. (Even the better efforts among his later films, like "Gladiator" or "Black Hawk Down," feel like dazzling showmanship with nothing to say.)

Strikingly, knowing what's going to happen -- and one can only assume that the audience for "Alien: The Director's Cut" mostly won't be virgins -- does little to dampen the experience. If anything, this digitally cleaned-up and remastered version, with a rejiggered six-track stereo soundtrack (and one grotesque, never-before-seen scene in the Alien's "nest"), makes you appreciate the delicacy of the film's symbolism, the masterly composition of shot after shot, and Jerry Goldsmith's subtly unsettling but never ham-handed score.

Almost every horror film since "Alien" has ripped it off in some way, but most of the imitations have focused on details -- a slimy killing-machine monster that is both vaginal and penile; the dripping, cavernous interiors of the Nostromo; those immensely influential H.R. Giger "biomechanical" designs -- and missed what you might call the overall Zeitgeist of the film. Well before a trio of crew members is lured out of the Nostromo into that fallopian-tube alien spacecraft where John Hurt will stumble into a mist-shrouded nest of throbbing, thrumming eggs, this movie is already a dank, sweaty, claustrophobic zone.

The Nostromo's crew is unwashed, itchy, hungry and underpaid. They smoke incessantly; the place must smell horrible. (This is a '70s vision of the future, let's remember.) Scott shoots these early scenes almost like cinema-vérité documentary, and Dan O'Bannon's screenplay is clipped, forceful and telegraphic. Mechanics Yaphet Kotto and Harry Dean Stanton bitch about money and deliberately slow down a repair job. The two women onboard, the soon-to-be-iconic Sigourney Weaver and the soon-to-be-forgotten Veronica Cartwright, are at each other's throats almost immediately. As the Kenny Rogers-lookalike captain, Tom Skerritt is a perennially hassled, ineffective leader. Then there's Ian Holm as Ash, the phlegmatic science officer with a little secret. (What a cast this is!) In deference to you young 'uns who haven't seen the film, let's just suggest that the Alien, as fearsome as it is, might not be the movie's real bad guy.

Once Hurt is brought back from the ill-fated exploration with that tentacled thing stuck to his face, it's true that the plot of "Alien" doesn't offer many surprises. (Although I was struck by the way Scott almost makes you feel sympathy for the creature during its final confrontation with the scantily clad Weaver. It's taking a nap! And, hey, it just wants to live!) But the pell-mell, heart-stopping rush toward the finale, the one-by-one massacre of the crew, is made possible by what has come before. The Alien itself may be unknowable and unfamiliar, a force of interplanetary nature, but it only got on the ship because of human ignorance, laziness and greed.

When I first saw "Alien" I could see no connection between it and Joseph Conrad's great novel "Nostromo," a philosophical adventure yarn about a corrupted Latin American revolution -- the naming of the ship just seemed like a little literary in-joke. (Nostromo is the name of a revolutionary leader in the novel, not of a vessel.) But nearly a quarter-century later, "Alien" has acquired a classic quality of its own, and seems to offer some of the uncategorizable fatalism and pessimism of the book, even if it's an entirely different kind of story. Decoud, Conrad's authorial figure in "Nostromo," regards the universe as "a succession of incomprehensible images," and during his imprisonment turns suicidal, reflecting that "in our activity alone do we find the sustaining illusion of an independent existence as against the whole scheme of things of which we form a helpless part."

I think that accounts for the dread we still feel at the end of "Alien," when Weaver, memorably clad in that bikini underwear, locks herself (and her irresistible cat, Jonesy) back into that plastic egg for the long ride home. She has survived, but toward what end? And the world she is returning to is the one that betrayed her in the first place.