Three cheers for the Democrats' filibuster

It's time to depoliticize the judicial appointment process. 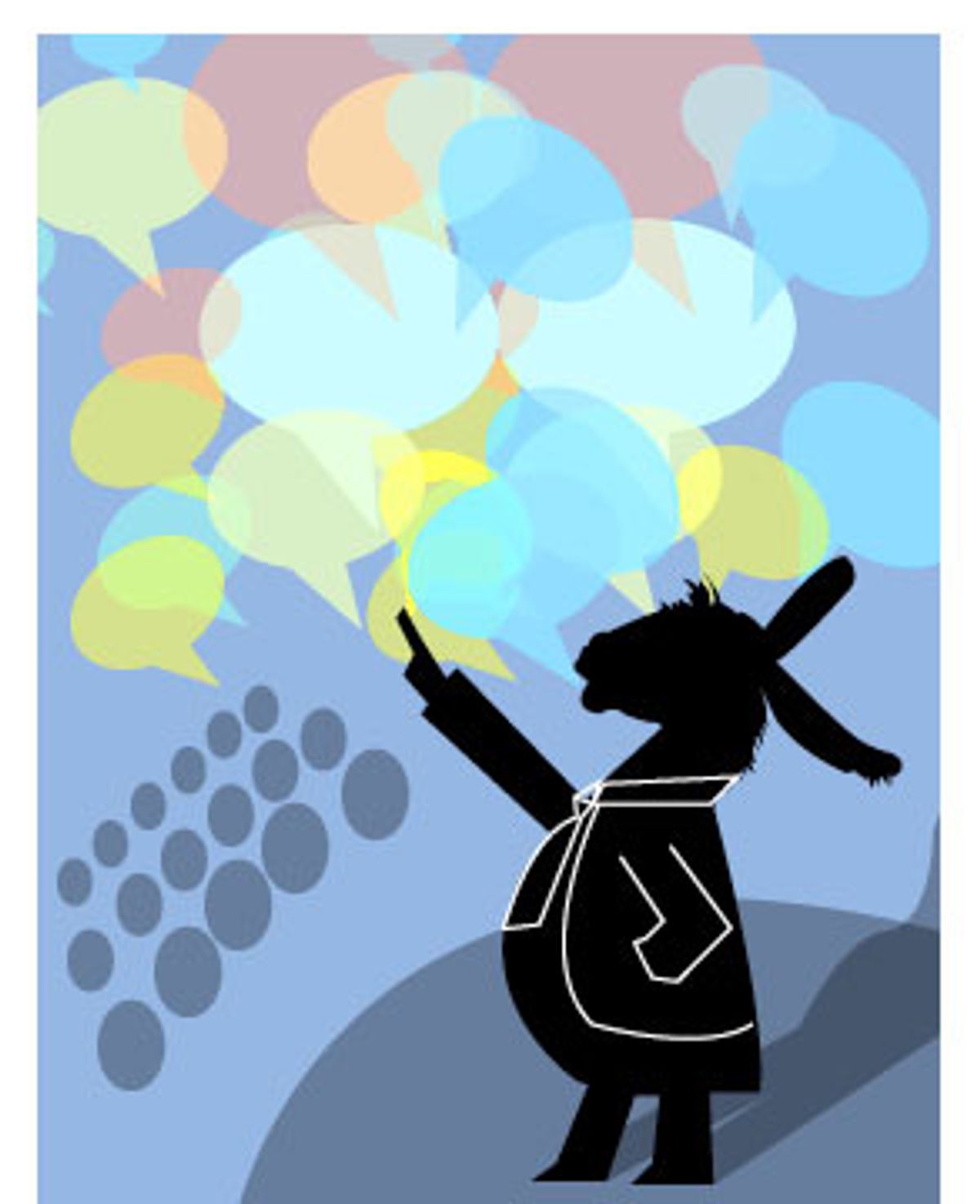 Most news accounts of the U.S. Senate's planned 30-hour talkathon -- or filibuster, or reverse filibuster, or whatever this exercise in through-the-night speechifying should be called -- have evoked references to Frank Capra's "Mr. Smith Goes to Washington." But I keep thinking about Stanley Kubrick's "Dr. Strangelove, Or How I Learned to Stop Worrying and Love the Bomb." No question it's theater -- that's why the Republicans are staging it -- but what's the script?

Republicans denied confirmation to more than one-third of Clinton's nominees for the Court of Appeals, and in many instances the Republican-controlled Senate during the Clinton years refused to even hold hearings on judicial nominees. Yet by effectively blocking four appellate court nominees -- Miguel Estrada (who has now withdrawn), Charles Pickering, Priscilla Owen and Bill Pryor -- the Democrats have put the Republicans into a tizzy, so they're determined to provide Americans with a 30-hour C-SPAN tantrum.

They claim they plan to talk about the obstructionist Democrats. But I wonder if more could be at stake. For months, rumors have been circulating on Capitol Hill that not only are the Republicans unhappy about the ability of the Democrats to block four of Bush's judicial appointments, but also that they are even more concerned that Democrats may similarly be able to successfully filibuster a Bush nominee for the Supreme Court. Is it possible Republicans are planning to "go nuclear," as they have threatened?

Here's what that means: Senate rules place no limit on debate. The only way to stop a debate, if one or more senators who have the floor refuse to do so, is with a "cloture" vote. Under current Senate rules it takes three-fifths of the Senate, or 60 senators, to invoke cloture -- and end a debate. That's how you stop a filibuster. But Republicans today don't have 60 votes.

Bill Frist, the Republican majority leader, has suggested changing the rules on cloture voting, with graduated reductions from a "super-majority" of three-fifths down to a simple majority, or 51 senators. But Democrats are not about to buy that, because Republicans have 51 votes. Republicans can't change the Senate rules without Democratic support, because it takes a two-thirds vote, or 67 Senators, to change the Senate rules.

Enter Dr. Strangelove, or in this instance Vice President Dick Cheney. He has the power to drop a nuclear device -- in the form of a ruling -- that could change the Senate's rules. Senate Rule XXII, which provides for a cloture vote, could not be invoked for nominations until 1949, for nominations were what was considered "executive business," as opposed to "legislative business." Apparently, it was a ruling of the chair -- the vice president is the president of the Senate, pursuant to the Constitution -- that changed Rule XXII in 1949, making it applicable to both the legislative and executive business of the Senate.

Thus, since the 1949 ruling, nominations have been subject to Rule XXII, and cloture. All Cheney need do is say that the ruling was wrong, and that would become the rule -- because, under the controlling parliamentary procedures, it takes a majority of senators to overrule the chair, which Democrats don't have.

Such an action by Cheney has been described on Capitol Hill as "going nuclear," for it would be an extreme ploy, certain to be accompanied by a "nuclear winter" in the Senate. The Senate, by long tradition, has been a highly collegial body, operating largely by unanimous consent. This sort of tactic would break all tradition. If it is part of a secret Republican agenda, tonight or beyond, it will forever change the way the Senate operates.

In truth, the successful use of the filibuster to block extremist judicial appointees is one of the healthiest developments since our founding fathers required presidents to get the Senate's "advice and consent" to fill judicial seats. Federal judges are given lifetime appointments; thus their influence extends long past the term of the president who selects them. To require a super-majority discourages either party from engaging in politicalization of the judiciary.

During the past four decades, selecting judges and getting them confirmed has become far more contentious. According to a report of the Congressional Reference Service, filibusters and clotures have been involved in 35 nominations, most of them since the late 1980s.

Notwithstanding the finger-pointing by the Republicans for filibustering four Bush nominees, this practice started in 1968 with Republicans, with the help of Southern Democrats (who now come to the Senate as Republicans), filibustering President Lyndon Johnson's nominee for Chief Justice, Abe Fortas. Republicans blocked Fortas so Nixon could get the chief justice appointment, assuming, correctly, he would be elected.

It was pure politics, and it began the game that is now being played out. Indeed, Frist, the mastermind of this stunt in the Senate tonight, voted against cloture (and for filibuster) during the battle over one of President Clinton's court appointees. But what is a little hypocrisy when wasting the Senate's time pointing fingers?

We need to move beyond the game of playing politics with the federal bench, deliberately trying to influence the philosophical bent of justice. The judiciary was to be the nonpolitical branch, yet for the last four decades both presidents and Congress have worked to politicize it. Studies show that the outcome of lawsuits and prosecutions can be increasingly predicted by the political affiliation of the judges.

There's a way to depoliticize judicial appointments: Both parties in the Senate should adopt the use of the filibuster, not in exceptional cases but as a standard operating procedure for all judicial nominations. Require a super-majority for all judges. A super-majority represents the will of the people, while a one- or two-vote advantage simply jams the will of a slight majority down the throat of the minority. The Constitution requires super-majorities to approve treaties, to override a presidential veto, and to remove an official who has been impeached by the House of Representatives. The Senate has super-majorities in its rule. By imposing a super-majority requirement -- with the threat of a filibuster -- it will end this practice, never contemplated by the nation's founders, of presidents stacking the judiciary.

If Dr. Strangelove shows up at the Senate, however, to pull the trigger on what would be its own form of political terrorism, we will have entered a new era in the Senate, and there is no saying what will happen. But it won't be pretty.