This dark meditation on death and fate by the director of "Amores Perros" is admirable despite its flaws -- and Sean Penn, Benicio Del Toro and Naomi Watts deliver knockout performances. 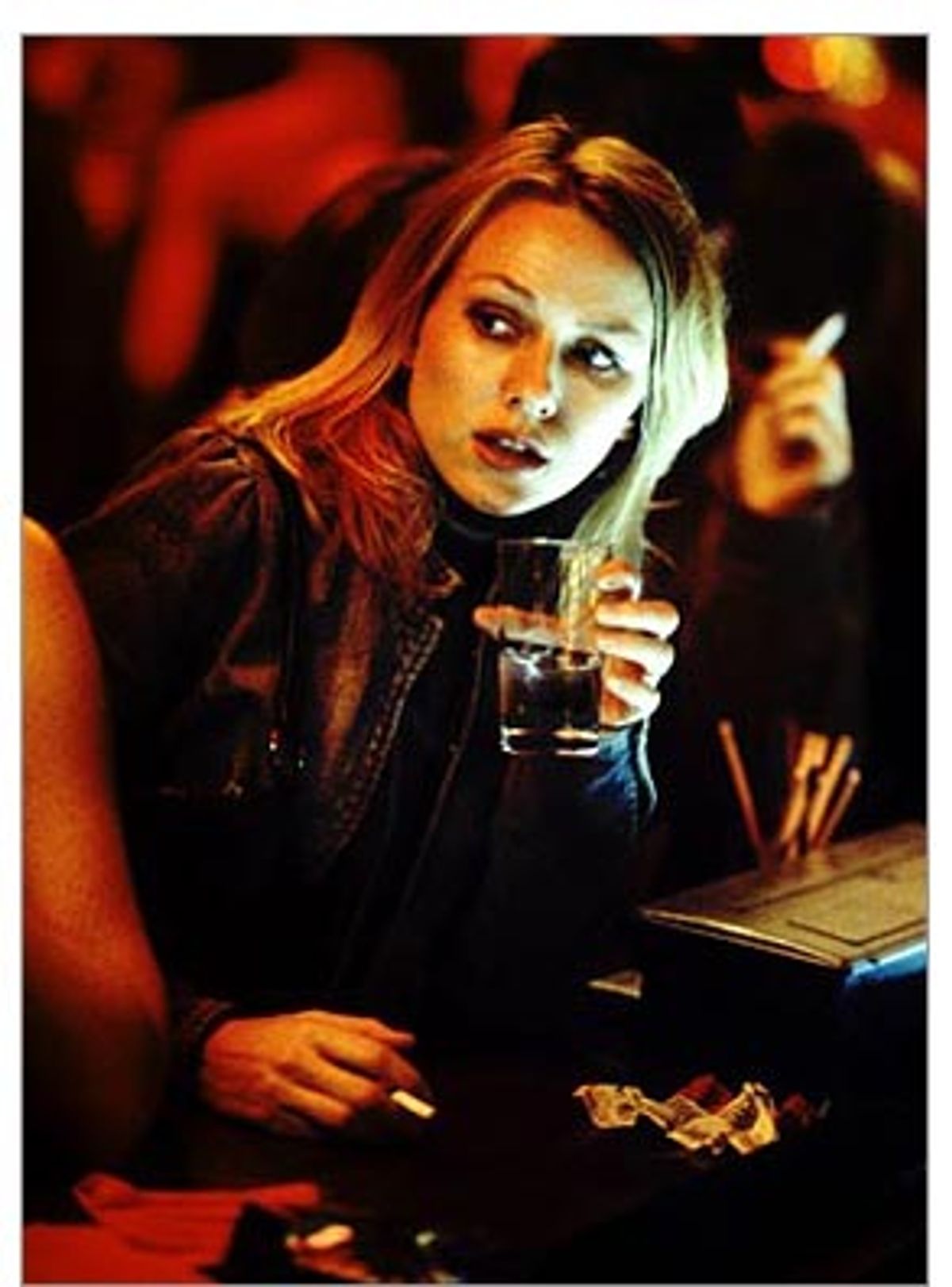 I haven't quite made up my mind about "21 Grams." It has definitely stuck with me, like one of those troubling dreams that the first cup of coffee can't clear from your head. It's a brave and admirable film, but not an entirely successful one. Alejandro González Iñárritu's first feature, the amazing "Amores Perros," was an unrelenting blast of rock en español color and energy, a blood-drenched joyride through the streets of Mexico City that also possessed a startling, and heartbreaking, philosophical depth. In this new movie, González Iñárritu comes north of the border, and the results feel a lot dingier and a fair bit more pedantic.

His obsessions with death, with fate and with the almost senseless ability of the human animal to find hope in the grimmest of circumstances are intact, and so is the vertiginous, Buñuel-esque (or Tarantino-esque, or even Faulknerian) approach to time, which he sees as an endlessly elastic medium to be sliced, stretched and inverted at will. Like "Amores Perros," this is a story about unrelated people from different class positions whose lives become inextricably linked by a cruel and seemingly random stroke of fate. Again, the incident is a terrible car accident that kills some people and skews the lives of others onto unpredictable trajectories.

González Iñárritu trusts his actors tremendously, and Sean Penn, Benicio Del Toro and Naomi Watts do some of their finest work as the haunted, increasingly haggard central trio who cannot shake free of each other. There are devastating moments here, moments of extraordinarily heightened perception that will convince you that this director has lost none of his dramatic power: Melissa Leo, who plays Del Toro's wife, surveying the flashing lights and blanketed bodies of the accident scene with a horrified expression. (We don't know the precise nature of her loss, although we soon will.) A mother who is forced to clean her dead daughters' toys out of the garage one afternoon, entirely alone. When the fatal accident itself occurs (long after we know what has happened), we don't actually see it: González Iñárritu shows us only a witness to the tragedy, a kid on the street using a leaf blower who stands there blankly and then drops his machine, still mindlessly leaf blowing, to run out of the frame.

But something about the combination of bleak moral fable, amped-up melodrama, disordered chronology and dirty-fingernail social realism never quite gels in "21 Grams." González Iñárritu doesn't seem certain how to handle his norteamericano setting: Is this a portrait of specific people in a specific place, possibly intended as an indictment of the soulless anonymity of life in the United States? Or is this film set in that mythic American movieland customarily employed by Hollywood, that not quite New England, not quite California landscape (which is generally somewhere in Ontario)?

In fact, "21 Grams" -- the title refers not to cocaine, but to the amount of weight the human body purportedly loses at the moment of death -- is set partly in Memphis and partly in New Mexico, but that never matters much. The locations may signify middle-class comfort, as with the luxurious house of Watts' character (an architect's wife), or the working-class fringe, as with the crowded bungalow where recovering alcoholic Benicio Del Toro lives with his wife and kids, or downscale decrepitude, as with the hot-sheet motel where Watts and Penn wind up late in the story with murder on their minds. But I think González Iñárritu is going for a mythic, almost generic quality: for the idea that this story could happen almost anywhere, to almost anybody.

That marks a significant departure from "Amores Perros," which presented a highly specific cross-section of the Mexican capital, where class and geography so often determine destiny. The vibrant turquoises and blood crimsons and tropical greens of that film (so vividly sensual you could almost smell the tortillas frying in the back streets) are gone. "21 Grams" looks dirty and almost incurably autumnal, as if cinematographer Rodrigo Prieto had dipped the raw footage in bourbon and then cured it with cigarette smoke. Which is appropriate enough; there's so much smoking, drinking and drug use in this film, it should carry a warning from the surgeon general.

Make no mistake, González Iñárritu's narrative method is fascinating, and if you get through the first 10 or 15 minutes OK, you'll probably be hooked. He begins by giving us shards of information that seem to contradict each other: Here are Watts and Penn in that nowhere motel room, where they have clearly been lovers. Yet here is Watts at a 12-step meeting, talking gratefully about her husband and children, and there is Penn, critically ill with heart disease, sneaking a smoke in the john before his girlfriend (French actress Charlotte Gainsbourg) gets home. (For good measure, there's Watts, doing up a bunch of coke in somebody's bathroom. Before she got clean, or a relapse?)

Here also is Del Toro (playing a non-Latino character, entirely convincingly -- maybe it took a Mexican director to try it) as an ex-con family man who has sworn off the bottle and now has "Jesus Saves!" painted on the back of his behemoth Dodge pickup. Yet here he is too, being issued a blanket and a uniform and being ushered into a prison cell -- is this his past or his future? Even as we begin to grasp what nightmarish combination of these people (and that Dodge pickup) has interlocked all their lives, there are mysteries aplenty. How will all three of the principals wind up in that motel room? And why is one of them bleeding to death in the back seat of a car, while the other two desperately rush him to a hospital?

Part of González Iñárritu's brilliance is his sense, captured by this narrative method, that lives happen to those who live them with a sort of simultaneity. Those of us who live long enough experience our younger and older selves, our triumphs and tragedies, even maybe our births and our deaths, as all happening in a bewildering, nonsequential welter. I'm also at least a little reluctant to criticize any movie that depicts the lives of middle-aged people with such tenderness and complexity. It isn't just the young and the beautiful who torment themselves with what-ifs and might-have-beens, who face life-changing crises with an unstable mixture of stoicism and abject cowardice.

Watching Penn and Del Toro (and, to a lesser extent, the actually young and actually beautiful Watts) navigate the recesses of these damaged, ambivalent characters -- worried, self-absorbed people who suspect they deserve the bad things that have happened to them and profoundly mistrust the good things -- is pretty much worth the price of admission. But uprooted from their home soil, González Iñárritu and screenwriter Guillermo Arriaga can't quite manage to make this gloomy, improbable stew of romance, film noir and pseudo-metaphysical speculation hang together. Foreign filmmakers have made many of the best movies about America, and I don't doubt that the prodigiously talented González Iñárritu can follow suit. He might have to figure out what he actually thinks about our country first.