William H. Macy and Maria Bello shine in a terrific -- and surprisingly sexy -- tale of a Vegas loser whose luck begins to turn. 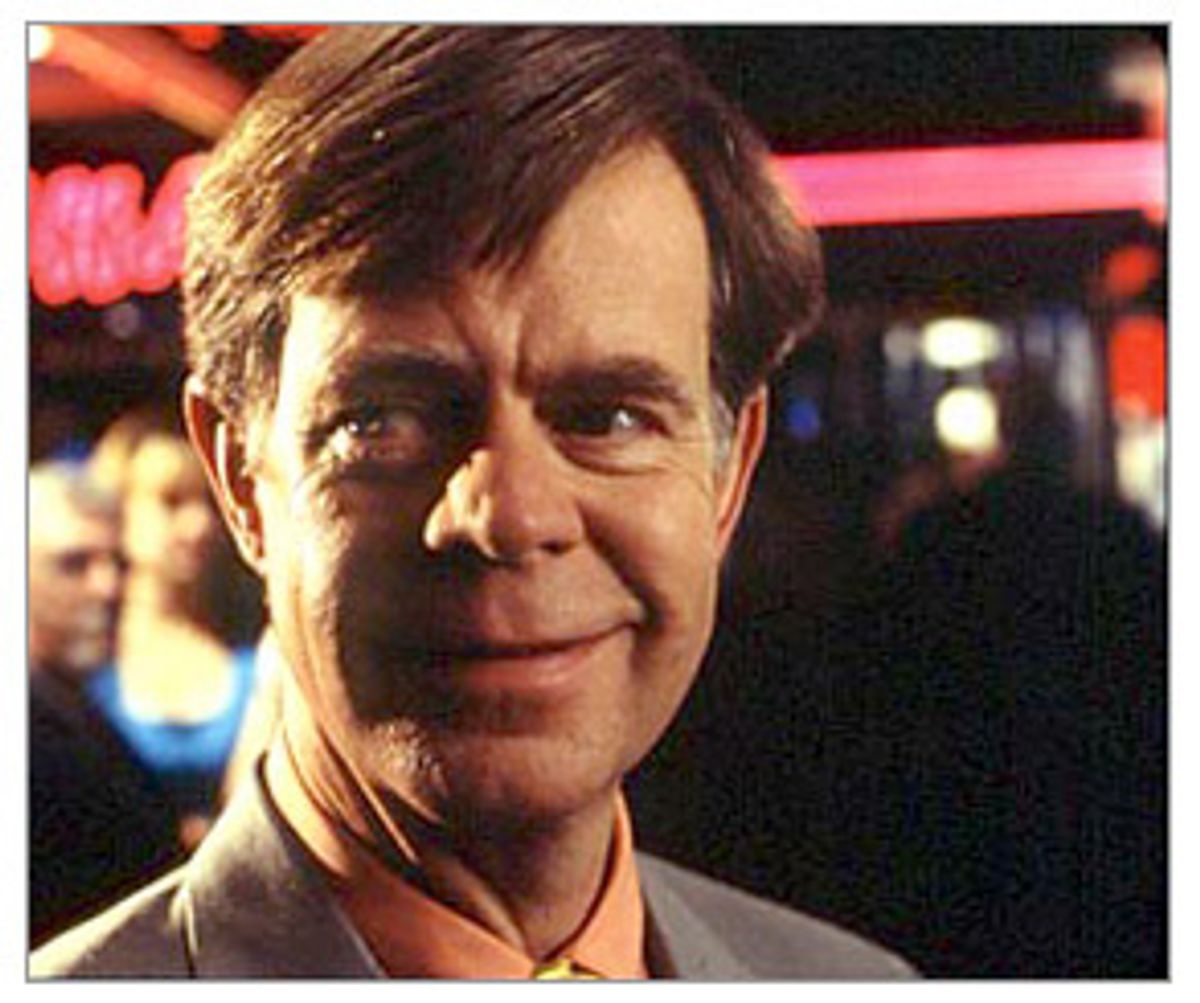 "The Cooler," directed and co-written by relative newcomer Wayne Kramer, is the sort of small, nicely crafted, character-driven picture that would have made barely a ripple had it been released 30 years ago. But today it's something of a small miracle, not just because it was clearly put together with intelligence and care, but because it singlehandedly revives the art of the sex scene. As far as its treatment of sex goes, "The Cooler" is that rare picture that actually seems to have been made by and for adults.

Somehow we've been brainwashed by the media to believe that contemporary movies are full of sex, that they're teeming with greased-up, naked bodies getting it on every which way. But alert, astute moviegoers who have been watching movies carefully for the past 20 years or so know that's hardly true. If anything, there's less sex (and less nudity) in American movies today than there was 30 years ago. There may be more "sexual content," if you're talking about innuendo or the mere act of two people rolling around, gingerly and artfully, on a bed. But sexual content isn't the same as sex: It's a construct designed to make adult moviegoers think they're seeing a representation of real sex, when really all they're getting is some dumb and decidedly unsexy postmodern signifier in the form of, say, an actress with a sheet discreetly wrapped around her bosom -- and who wants to get into bed with that?

It's gotten to the point where filming a good sex scene is something of a forgotten art. But "The Cooler" is different. William H. Macy plays Bernie Lootz, a guy with an aura of lousy luck humming around his hangdog mug like a halo. He works for his best friend, old-time Las Vegas casino owner Shelly Kaplow (Alec Baldwin), as a "cooler": If the action at any one of the tables should get too hot, all Bernie has to do is lurk nearby with a look of benign curiosity on his face, and the winner's luck changes almost immediately. He's working for Shelly because he owes him a gambling debt (although Shelly also took the liberty of smashing one of Bernie's kneecaps, just to make sure he didn't scamper off without making good on his word), and once the debt is paid, Bernie wants to leave Las Vegas for good.

But he falls in love with Natalie (Maria Bello), a cocktail waitress at the casino, which complicates his plan: After a few nights together, she urges him to stay. That's just the beginning of Bernie's quandary, and even if you think you've got the plot of "The Cooler" figured out already -- well, let's just say it doesn't matter. The story moves efficiently (the script was co-written by Frank Hannah), but the heart of "The Cooler" is in the performances, and in the way Kramer shapes the interplay between the characters with the right amounts of ease and tension.

Shelly clings to the old Vegas ways -- he'd rather bust kneecaps than do anything so square as to call the police -- and as Baldwin plays him, he's by turns funny and horrifying. Emotionally speaking, at least, he needs Bernie more than Bernie needs him, although part of his game is to prevent Bernie from figuring that out. Baldwin plays Shelly broadly, and yet he keeps him from becoming a flat caricature: His black hair is slicked into one of those carefully sculpted butch-wax affairs, a bit of studied cool left over from the days of Sammy and Dino. It makes him look rakish and deceptively benign, but Baldwin also knows how to make his eyes glitter with horrifying coldness -- his character never gives away his full hand, and it's part of what keeps us watching.

But the movie belongs to Macy and Bello, both of whom are pleasing to look at in the movie-star way, but who also come off as real people. Bello's Natalie is a disappointed would-be showgirl, a stock Vegas type. But Bello doesn't make the mistake of playing "low-class" instead of an actual character; Natalie is the kind of person that almost anyone could be, if he or she took a wrong (or even just jagged) turn somewhere, and Bello plays her with warmth and humor.

And Macy, because he's always so good, gives the kind of performance that might sail right by many moviegoers. He's so natural, he makes you forget that acting is an actual craft. Bernie slinks through some portions of the movie, with downcast eyes and a shy half-smile, and bounds airily through others: When it dawns on Bernie that Natalie wants to sleep with him, the schoolboy grin that brightens his face takes years off that weathered kisser. We see that even though Bernie is reserved and self-protective, his emotions are close to the surface, and they're ready to roar.

And that's where the sex comes in: There's nudity in "The Cooler," although it doesn't seem gratuitous or titillating -- it's simply natural, the hardest effect to achieve. We sometimes tend to think that a cinematographer's hardest job is to get a pretty landscape to look just right, but lighting and capturing a landscape of naked human bodies -- of capturing not just the texture of warm skin, but a sense of the feelings that ripple beneath it -- must be infinitely harder. Kramer and director of cinematography James Whitaker keep the sex scenes in "The Cooler" simple and clean, without a lot of distracting camera angles, and neither Bello nor Macy give off that coy protectiveness that even good actors sometimes do when they find themselves in bed together. They're lit in such a way that they look human and real, without attracting attention to their bodily flaws. Not that either actor has any -- and yet the lens does pick up just a glimmer of cellulite here and there, and it stops you short.

That's partly because it's the sort of thing you never see in a Hollywood movie (and in independent movies, there's sometimes too much of it -- fatty deposits may be a fact of life, but they're not the most profound artistic statement). But there's something indescribably touching about seeing a beautiful, 30-ish woman looking at least something like the way so many of us look, at the time when we may be simultaneously happiest and most relaxed, but also at our most vulnerable. Bello's performance should be required viewing for anyone who thinks that doing nudity makes an actress "sleazy" (which, when you think about it, is just an extension of the logic used in the '50s to earmark certain girls as "fast" -- only this time, it's often cloaked in the guise of feminism).

Similarly, Macy, in his nakedness, shows us that both Bernie's shyness and his nascent confidence are right there in his skin. Together, these actors -- along with their director and cinematographer -- give us a glimpse of how intimacy could look in the movies, instead of how it usually does. Instead of making us feel voyeuristic, as so many sex scenes do, the sexual encounters in "The Cooler" make us feel in the moment, as if we were playing music with the characters instead of just watching them perform. Sometimes it takes a measure of artistry to capture the essence of real life.