What did Bush know and when did he know it?

9/11 Commission chairman Thomas Kean's suggestion that the administration could have prevented the terror attacks may signal a new, aggressive approach. 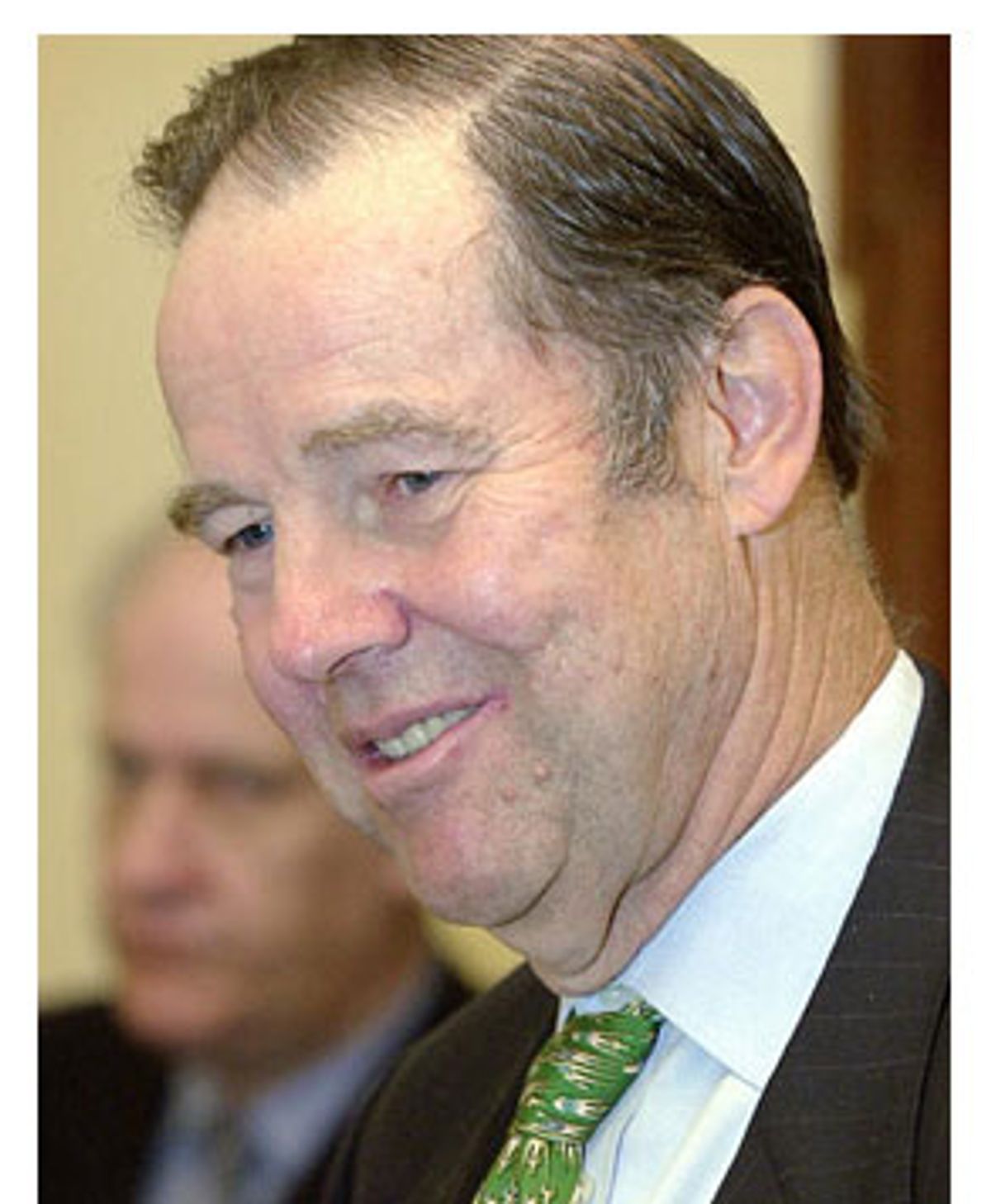 Surprising, get-tough comments this week by the Republican chairman of the independent commission investigating 9/11, suggesting the World Trade Center terrorist attacks could have been prevented had it not been for administration failures, mark a significant change in the committee's public persona. The comments by former New Jersey Gov. Thomas Kean could spell trouble for the Bush White House, which for the past two years has insisted it was powerless to stop the deadly al-Qaida strike. The commission, combing through millions of 9/11-related documents, has scheduled several public hearings for early next year that will put the White House's claims to the test.

Kean made his remarks during an interview with CBS News, broadcast Wednesday evening. "As you read the [commission's] report, you're going to have a pretty clear idea what wasn't done and what should have been done," he said. "This was not something that had to happen."

Kean, known for his easygoing, bipartisan style, also raised the specter that the commission might place blame on specific administration officials, including perhaps those in the intelligence community who failed to connect the many clues that came before Sept. 11 hinting at a pending attack. "There are people that, if I was doing the job, would certainly not be in the position they were in at that time, because they failed," said Kean. "They simply failed." Kean didn't name the individuals in question.

"We welcome that admission, and it's something we've wanted to hear for a long time," says Lorie Van Auken, whose husband died in the attack on the World Trade Center. "That's why we asked for an investigation, because nothing about the official story made sense."

"It's quite shocking to hear a Republican come out on a network broadcast and say the administration could have, and should have, prevented the attacks," adds Kyle Hence, co-founder of 9/11 Citzens Watch, an advocacy group that monitors investigations into the terrorist attacks. "That's a sea change for this commission." (Perhaps it was too drastic of a change; appearing on ABC's "Nightline" Thursday night, Kean moved to soften his comments, suggesting it's early to determine if administration officials made any mistakes that led to 9/11.)

Twelve months ago, Bush appointed Kean to head the National Commission on Terrorist Attacks Upon the United States, created by Congress to conduct a comprehensive investigation into the worst such attacks in American history. The commission, which has battled the administration over funding issues as well as access to key documents, faces a daunting May 2004 cutoff date for its final, sprawling report. It will deal with everything from immigration policy to the nation's air defense.

"I think it's a positive turn of events to hear the chairman talk about accountability," says Hence. "Commissioners had denied that was their mandate. Their tone all along was, 'This committee isn't about placing blame, but to determine how the United States can prevent the next attack.' Nobody else has talked about placing blame and pointing the finger at people in positions of power."

Van Auken wonders if Kean has learned something new that prompted his remarks. The chairman was recently granted access to sensitive presidential daily briefings and also obtained 9/11 documents that had been subpoenaed from the North American Air Defense Command (NORAD) and the Federal Aviation Administration. The Family Steering Committee, which lobbied for the creation of the commission, is urging that any newly discovered facts should be immediately passed along to Congress, rather than held for the final report in May.

"Any new information that the Commission has learned in its investigation must be swiftly acted upon and passed into law so that any known failures can be remedied," the committee said in statement. It noted that back on Nov. 27, 2002, Bush himself stated, "I hope that the commission will act quickly ... if there's changes that need to be made, we need to know them as soon as possible, for the security of our country. The sooner we have the commission's conclusions, the sooner this administration will act on them."

Asked if he thought Kean's recent remarks signaled a more aggressive phase of the investigation, Bill Harvey, whose wife died in the World Trade Center attacks, says he is "cautiously optimistic." For months, he and other skeptics have been critical of the commission's progress, pointing to lackluster public hearings that dealt with policy issues and not the events of 9/11, as well as subpoena power that went largely unused.

"There's been a complete lack of substantive, hard-hitting hearings with witnesses actually answering questions from commissioners," Hence complains. "That's an investigation, and we haven't seen that yet."

But they may soon. CBS reported that Kean promises major revelations next year. And starting in January the commission's hearings will focus much more closely on Sept. 11 itself and will feature senior administration officials involved with intelligence and national security. "In that kind of setting people may well be sworn in to testify and the proceedings will resemble a more conventional hearing," commission spokesman Al Felzenberg, told Salon earlier this year.

"We've been waiting for a long time for these types of hearings," says Van Auken, who wants to find out why Bush sat with elementary school children on the morning of Sept. 11 for nearly 30 minutes after the second World Trade Center tower was hit. Why Condoleezza Rice, Bush's national security advisor, told reporters the administration never guessed terrorists would use hijacked planes as missiles, when there were scores of instances when government agencies had suggested just such an attack might one day occur. And why it took the FAA 29 minutes to notify NORAD that American Airlines Flight 77, bound for Los Angeles, was drastically off course and heading for Washington, after two hijacked planes had already crashed into the World Trade Center.

"It's been over two years, and it's time to answer these questions," Van Auken says.