This teenagers-abroad comedy is full of randy high-school-boy humor that turns out to be -- surprise, surprise! -- kind of funny. 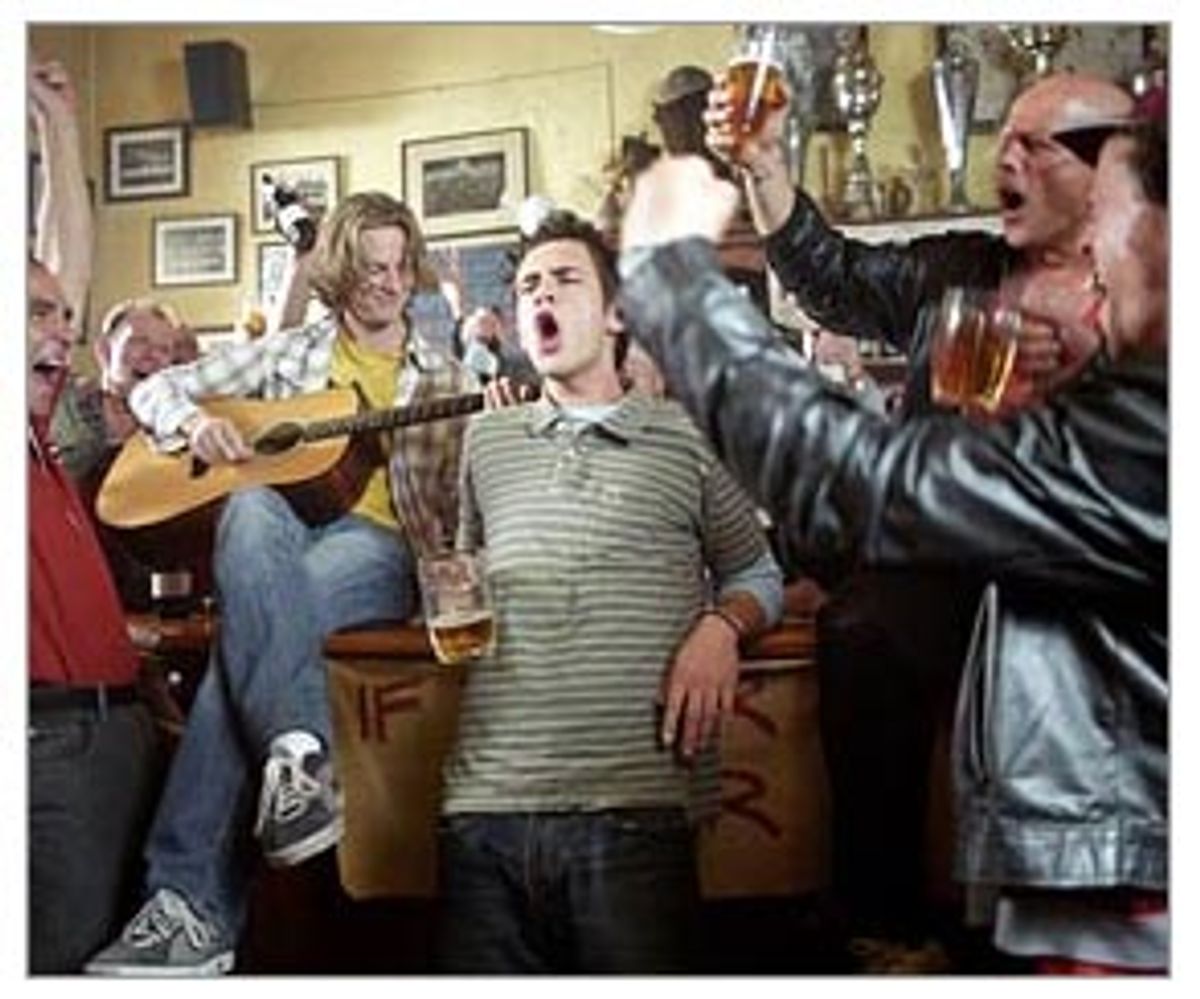 To grasp the nuances of the randy teen comedy "Eurotrip," you must be able to laugh at the following sentence: "Europe's officially the worst country on earth!" That's the line uttered by a character who went to Europe to get laid -- his theory is that America was founded by prudes who left Europe precisely to get away from hot European sex -- and came back with nothing more than a lousy T-shirt.

Well, almost. The giddy ridiculousness of "Eurotrip" is a pleasant surprise: The picture starts out slow and unsteady in its rhythms. But just when you begin to wonder if it's ever going to get funny, or if it's going to be merely desperate all the way through, it lifts off like a wobbly helicopter -- and somehow it keeps flying. Scott Mechlowicz is Scotty, who has just graduated from high school (great) and has also been dumped by his hot girlfriend (not so great). For years, he's been enjoying an e-mail correspondence with a German student named Mieke, who he assumes is a guy. What a numbnuts! It turns out Mieke is a sweet young thing who's been saving herself for Scotty. When she tries to console him, via e-mail, over his breakup, and suggests they find a way to meet in person, he thinks his German guy friend is coming on to him and blocks Mieke's e-mails.

He's mortified when he learns of his mistake, then decides to take a huge risk: He collects his slacker-dude best friend, Cooper (Jacob Pitts), and joins two other school friends, twins Jenny (Michelle Trachtenberg, who played Dawn on "Buffy the Vampire Slayer") and Jamie (Travis Wester), on a summer tour of Europe. He plans to show up at Mieke's door, explain everything, and find true love -- maybe even get laid.

It's a classic innocents-abroad setup -- so classic that you'd think it would have been exhausted by now. But director Jeff Schaffer, who wrote the script with Alec Berg and David Mandel (the same team that wrote, God help us, "The Cat in the Hat," but don't hold that against them), finds some surprising ways to freshen it up. What's surprising is that some of the tactics are glaringly obvious, and yet they can still make you laugh: When the kids are dumped off in Bratislava by the surly truck driver they've hitched a ride with (they were certain he was taking them to Berlin), they're dismayed to find themselves in a crumbling gray neighborhood, your classic movie version of a depressed Eastern European locale just perfect for slitting your wrists in.

Their passports and their money have been stolen. They pool whatever bits of change they've got left and exclaim in dismay, "$1.83 American -- what are we going to get with that?" Cut to Jenny lounging in a frothy bubble bath, having her toenails attended to by a squadron of maids in crisp uniforms, and Scotty being measured for a bespoke suit -- you get the idea.

"Eurotrip" works if you just give yourself over to its exuberant silliness. Be forewarned that the movie does include a good number of homophobic jokes, although they're all of the straight-high-school-boy variety: In other words, they emerge more from a fear of the unknown than from premeditated mean-spiritedness. (You don't even want to know what goes down at Amsterdam's Club Vandersexxxx.) And several other groups, including Germans and Roman Catholics, are skewered just as disrespectfully, if not worse. What's more, there are lots of naked breasts, so if these offend you, please stay away, but I will warn you that most of them are quite nice, so you'd be missing out on a lot. (Trachtenberg keeps hers under wraps, and while I'm sure they're lovely, I'm relieved that I don't yet have to reckon with the idea of Buffy's younger sister as a sex symbol -- not that she isn't already.) Travel purists might also want to know that the picture was filmed entirely on location in Prague, which was dressed up to stand in for Paris, London, Rome, Vatican City and even Hudson, Ohio -- an enterprising feat in itself. I would say that certainly makes Prague a continent worth visiting.