A top Clinton-era expert on Europe and security warns that if the deadly Madrid bombings prove to be the work of al-Qaida, it could transform politics throughout Europe. 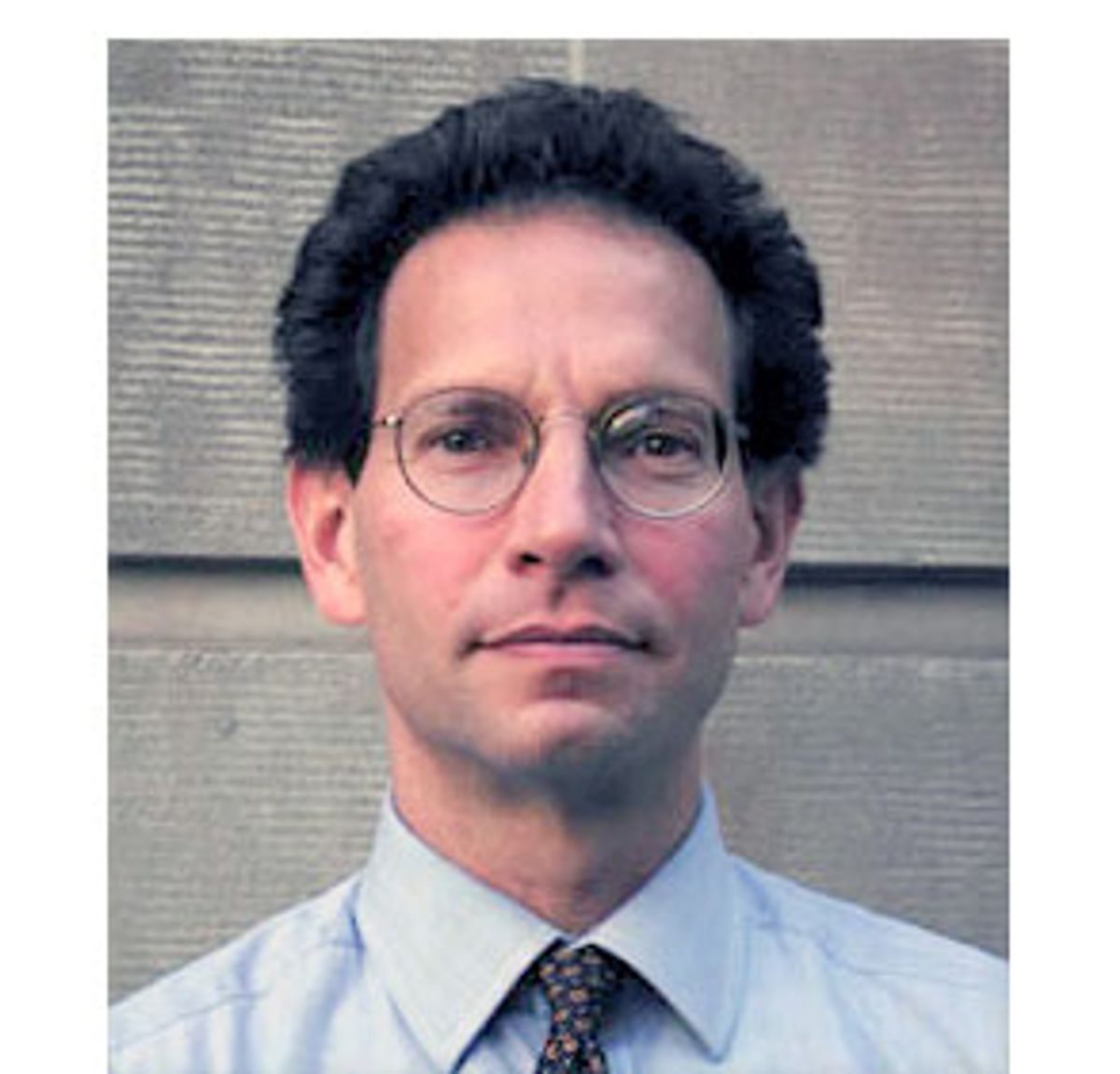 Terrorist violence is nothing new on European soil. From the Irish Republican Army to the Basque separatist movement ETA, political militants have spilled innocent blood for decades, from Mediterranean Europe to Northern Ireland. But the great fear after Thursday's devastating train bombings in Madrid is that al-Qaida has brought the full fury of its holy war to the heart of Europe. As the Spanish capital reeled from multiple bombs that ripped open commuter trains during the morning rush hour Thursday, killing 200 and wounding nearly 1,500, every European capital felt the shock waves of what some are calling Europe's Sept. 11.

Investigators are still divided over who was behind the attack. But if militant Islamists have indeed struck in Europe, it could have powerful repercussions, says Charles Kupchan, formerly President Clinton's director for European affairs on the National Security Council.

Europe is already struggling through a time of deep stress as the continent deals with the integration of former East Bloc countries into the European Union, misgivings about immigration, a wave of anti-Semitism, and deep divisions over the U.S.-led invasion of Iraq. If the attack proves to be the work of Basque separatists, Kupchan says, the wider political impact in Europe might be relatively limited. But if it's proved that al-Qaida or an allied group is to blame, it might strengthen conservatives and coax European leaders in general to close ranks with U.S. President George W. Bush.

"We got whacked on Sept. 11, and America has been profoundly changed politically and strategically, but Europe has not been," says Kupchan. "If this attack is linked to a militant Islamist group, it will certainly heighten sensitivities to the immigration problem across Europe, and strengthen right-wing anti-immigrant groups that have already shown themselves to be quite potent politically."

There are compelling reasons for al-Qaida to strike inside Spain; under Prime Minister Jose Maria Aznar's conservative leadership, Spain was second only to Britain as Europe's biggest U.S. backer in the war, and has 1,300 troops fighting in Iraq. But Europe as a whole has bigger long-term issues to face in light of the rising Islamist terrorist threat, says Kupchan, who has authored books on European nationalist movements, as well as Europe's evolving role in global politics. Large Muslim populations across Europe remain culturally and politically isolated, he says -- a widespread disenfranchisement that many terrorism and security experts believe will only lead to more bombs exploding across the continent.

Salon reached Kupchan by phone on Friday at his office in Washington.

Given the magnitude of the Madrid bombing, how will it affect Europeans' view of the terrorism issue?

If evidence points to ETA, it will of course have a different impact than if the evidence points to al-Qaida or some other Islamist terrorist group. Overall, I think the impact on Europe's view of terrorism and its potential willingness to move closer to the U.S. on the issue will be muted.

If it's ETA, this is a new scale of destruction, but it's not something that's entirely new. Spain and most other European countries have been living with terrorism for decades. This shocks and angers people, but it doesn't suddenly revolutionize the political landscape.

If the attacks were al-Qaida, I think there will be strong conflicting impulses. On the one hand, there will be an effort by the conservatives -- who are likely to win again in the election in Spain this Sunday -- to say, "Bush is right, and Aznar was right to stand behind Bush, because we all face this problem in common."

But another voice will be saying, This is what we get for lining up with the U.S. Keep in mind that the vast majority of Spaniards opposed the war, and were not so happy with the Spanish government backing Bush. So it will have a dual effect.

As the U.S. prepared to invade Iraq, many Europeans expressed worry that the war would make things worse on the continent. If al-Qaida proves to be the culprit in Madrid, how does it further shape the debate in Europe over the U.S.-led war in Iraq?

Again, I think there will be conflicting impulses that will complicate the issue. On the one hand, it will serve as a wakeup call to those who believe Europe is safe from this kind of attack -- indeed, the Spaniards are calling Thursday's events their Sept. 11th, and it engenders a certain solidarity. But the other side of the equation -- the rather widespread anti-American sentiment that has emerged over the last couple of years, the skepticism that the Iraq war is alleviating the threat of militant Islamism rather than exacerbating it -- will also impact Europe's thinking. One side will say: "See, Bush was right," while the other will say: "See, America has stirred up the hornets' nest." The two impulses will to some extent check each other.

Politically, Spain was the biggest European backer for the U.S. on the decision to invade Iraq. Beyond the competing impulses you describe, how will the Madrid attack affect E.U. leaders' support for current U.S. foreign policy on terrorism and the Middle East?

On balance, I think it will edge Europe a little closer to the U.S., because of an increasing sense of a threat posed by a common enemy. The gap in threat perception has been one of the main problems over the last couple of years: We got whacked on Sept. 11, and America has been profoundly changed politically and strategically, but Europe has not been.

Could this attack have a similar effect in Europe in terms of transforming the political and strategic landscape?

No, not just one attack like this. I do think it will make more Europeans sympathetic to the concerns that Americans have been voicing. But will it close the distance between the two camps? No.

What about the issue of immigrants coming into the E.U.? In the last couple of years right-wing nationalism and anti-immigration movements have been on the rise in places like France and the Netherlands. What effect will the Madrid attack have in that regard?

If this attack is linked to a militant Islamist group, it will certainly heighten sensitivities to the immigration problem across Europe, and strengthen right-wing anti-immigrant groups that have already shown themselves to be quite potent politically. Not just in the post-9/11 world, but in a world in which Europe is increasingly looking to immigration to offset its demographic decline.

I would say that the immigration issue is one of the most challenging for Europe's future, in terms of its connection to terrorism and the broader security agenda. Unlike the United States, which has succeeded in building a society that is multiethnic in spirit as well as in fact, that hasn't happened in Europe. Many Europeans continue to think about citizenship ethnically. Even if, as in France, half of the Muslims in the country are citizens, there is still a difference between French Muslims and real Frenchmen. That has created a kind of two-tiered society.

Terrorism creates a real dilemma for Europe in this regard, because if you close your doors then you face some serious demographic and economic problems in the coming decades, but if you open your doors, you face a growing Islamic presence which could potentially be a real problem with respect to crime and violence.

So what should the Europeans do about it?

In my view, the Europeans have to open their doors, but also assimilate and integrate. They have to make sure that the Muslims who come in join the European mainstream.

But it appears that many European countries have failed to do that -- it's not a strong political or cultural value in a lot of places.

Right, that's not happening currently. Immigrants tend to live in relatively impoverished enclaves, in Rotterdam, in the Paris suburbs and Lyon and Marseilles, and that reinforces a sense of isolation. One could argue it creates breeding grounds for the sorts of terrorist cells that we saw in Hamburg [Germany] that supported the Sept. 11 hijackers, and that could support other networks. We know that al-Qaida networks were operating in Spain, because some of them have been shut down by the law enforcement.

Is that general view of immigrants in Europe -- if so starkly different from that of the U.S. -- perhaps at the root of some of the current political differences reaching across the Atlantic?

Yes, I would say it's one of the most significant differences in the software of the different systems. It's a nuanced issue, but you'd have to kind of change the way Europeans think about themselves before you begin to see a more far-reaching and productive integration of minorities.

Terrorist attacks by militant Islamists pose a real problem because it will just strengthen those who say, "Listen, we can't live with these people and we need to keep them out." Then Pim Fortuyn, Jorg Heider, Jean-Marie Le Pen and all the other icons of the European extreme right become major political forces.

That would seem to support the idea that an attack like the one in Madrid -- if indeed inflicted by Islamists -- would rally the E.U. more toward U.S. foreign policy, in terms of taking the fight to the Middle East to eradicate terrorism. But we also know that al-Qaida is politically savvy in terms of exploiting political schisms. What would be their broader motivation to strike in Europe, which has typically been much more sympathetic to the Arab world since 9/11?

Well, number one, the Madrid attack could be retribution for one of the main allies of the U.S. There have been statements by al-Qaida operatives that Spain is on the hit list. Japan, as another example, was explicitly threatened when it was making its decision whether to deploy troops in Iraq.

In the short run, I think the attack in Madrid will strengthen the center-right in Spain, and make it more likely that Aznar's party continues to rule by a relatively wide margin. One could hypothesize that it would be in the interest of a group like al-Qaida to carry out pre-election attacks to strengthen the political right, in order to escalate the conflict. Just as prior to an election in Israel, Hamas and other groups tend to blow up buses. They don't want the Labor party in Israel to win, because Labor would move forward with the peace track. They want to strengthen Likud, so that there's a stalemate -- and the war continues.

Could the "hit list" effect you describe have the opposite effect on some European leadership?

Certainly that will be one impulse. At this point, I think it's extraordinarily difficult to say which of these two contradictory forces will prevail in Europe. Will it be, you know, "We're all together now"? Or will it be: "What a disaster, we got in the boat with Uncle Sam, and now our trains are getting blown up"?

What will happen to relations between the E.U. and the United States if there are more attacks like this? What if it was al-Qaida, and is only the beginning of a larger wave?

If attacks like this were to become regular in the coming months, with this sort of targeting of public services and public spaces in places like Paris and Berlin and Rome, then I do think it will create a much broader sense of common threat and could help repair some of the political problems reaching across the Atlantic. It's a big if: Is this al-Qaida? And will it continue?