Commentaries rejected by "All Things Considered." 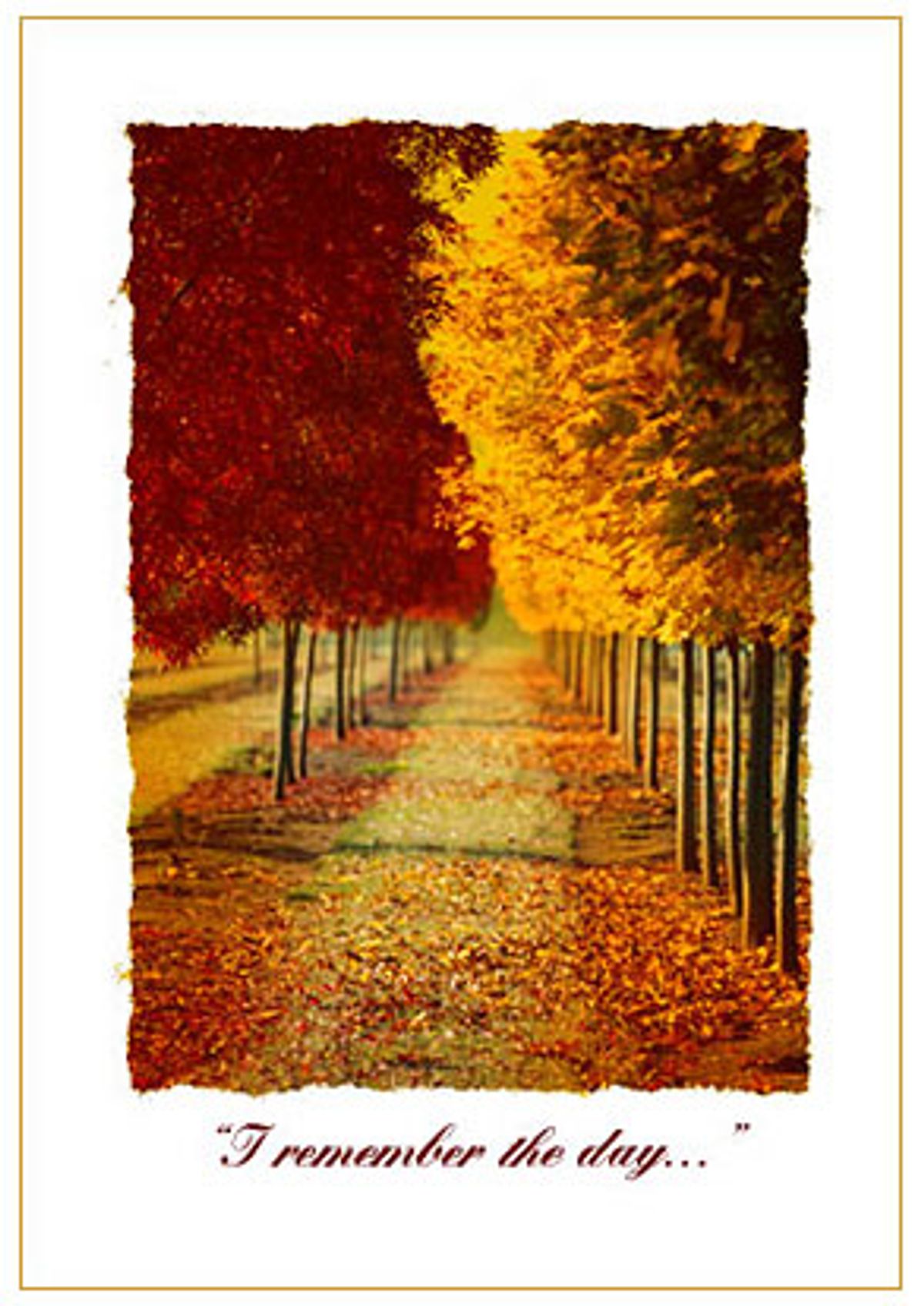 "I was at the grocery store the other day when I noticed that two of the checkout lines had customers but no one ringing them up. People were scanning their own soup cans and weighing their own tomatoes, and then they bagged their purchases at the prompting of a digitized female voice. Well, there goes another human interaction, I thought. What ever happened to the days -- not too long ago, even -- when there was a flesh-and-blood person to belittle, someone you could browbeat into hysterics for not doubling your coupons for Rice Chex from 1987. You know, I used to tell 15-year-old cashiers that they were so hot, TV dinners baked right in their hands. Try telling that to a computer."

"My daughter, Katherine, just turned 18. Like lightning, she's gone from skinned knees to senior prom, from wobbling on her first Huffy to snatching the keys to my car. My husband and I knew it wouldn't be easy sending Kat off to college. So, we're not going to. Our bond with our daughter is too special, too morbid, for her to live out of our sight. Instead of Stanford, she can keep working at the Chick-fil-A or commute to the local cosmetology institute -- as long as she calls between classes."

"I remember the day I stuck my mother in a nursing home. I didn't have the courage to phrase it like that, of course. I just told her she was leaving the lonely, drafty house in which she had lived for 52 years, for a cheerier place where she'd make lots of new friends. But she knew what I meant. I'm sure she had it figured out months beforehand when I took down the portrait of my late father, huge and heroic in his Air Force dress uniform, and said to my wife, 'Hon, what do you think about the flatscreen going here?'"

"Last Christmas, I donned my red suit, galoshes, and my heartiest 'ho, ho, ho!' to have my picture taken with youngsters at my local shopping mall. I had just nudged another beaming child off my lap when I overheard a teenager telling his kindergarten-aged sister -- just a tiny thing -- that Santa was a fake, that he was just a 'dude in a rented costume.' I knew that, at that very moment, a fragile, uncorrupted heart was breaking. So, I jumped up and screamed, 'Take that back! I am real, damn you! I am Santa! Santa is me! I'll rip out your lying tongue, monster!' Then I slumped into my throne and sobbed into my now all-too-synthetic beard as security guards worked their way through the food court."

"If you visit my old hometown, don't expect to find the propeller factory in your Fodor's guide. You can squint at its fold-out street maps all day, but you'll never find Marty's Delicatessen or the Honey Drop dance hall. Search the index, and if you come across Strayer & Sons Piano and Organ, I owe you a steak dinner. I know what buildings I torched."

"For me, spring-cleaning is more than just the annual tradition of unclogging the gutters, washing the windows, and throwing a new box of baking soda in the fridge. It's my alarm clock, almost, my signal to reconnect with the people who, in the dark days of winter, played second fiddle to a mug of hot cocoa. In a scrubbing, sudsy kind of way, spring-cleaning is how I welcome back the world and get my head cleared for, with any luck, the final race wars."

"I had been using a simple Bic my whole life, nothing fancy. It seems like premium razors are all the rage now. You know, those super-deluxe, triple-bladed technological wonders that might as well have been designed by NASA -- well, they're sure priced as if they were. So, I gave in, and much to my disappointment, the first stroke gave me a tiny nick. I lifted my wrist from the bath water and thought, 'This is sure going to take forever.'"