Triumph of the telcos

Internet telephony advocates are predicting that free long distance means the downfall of Big Telecom. But it won't be so easy to topple the king. 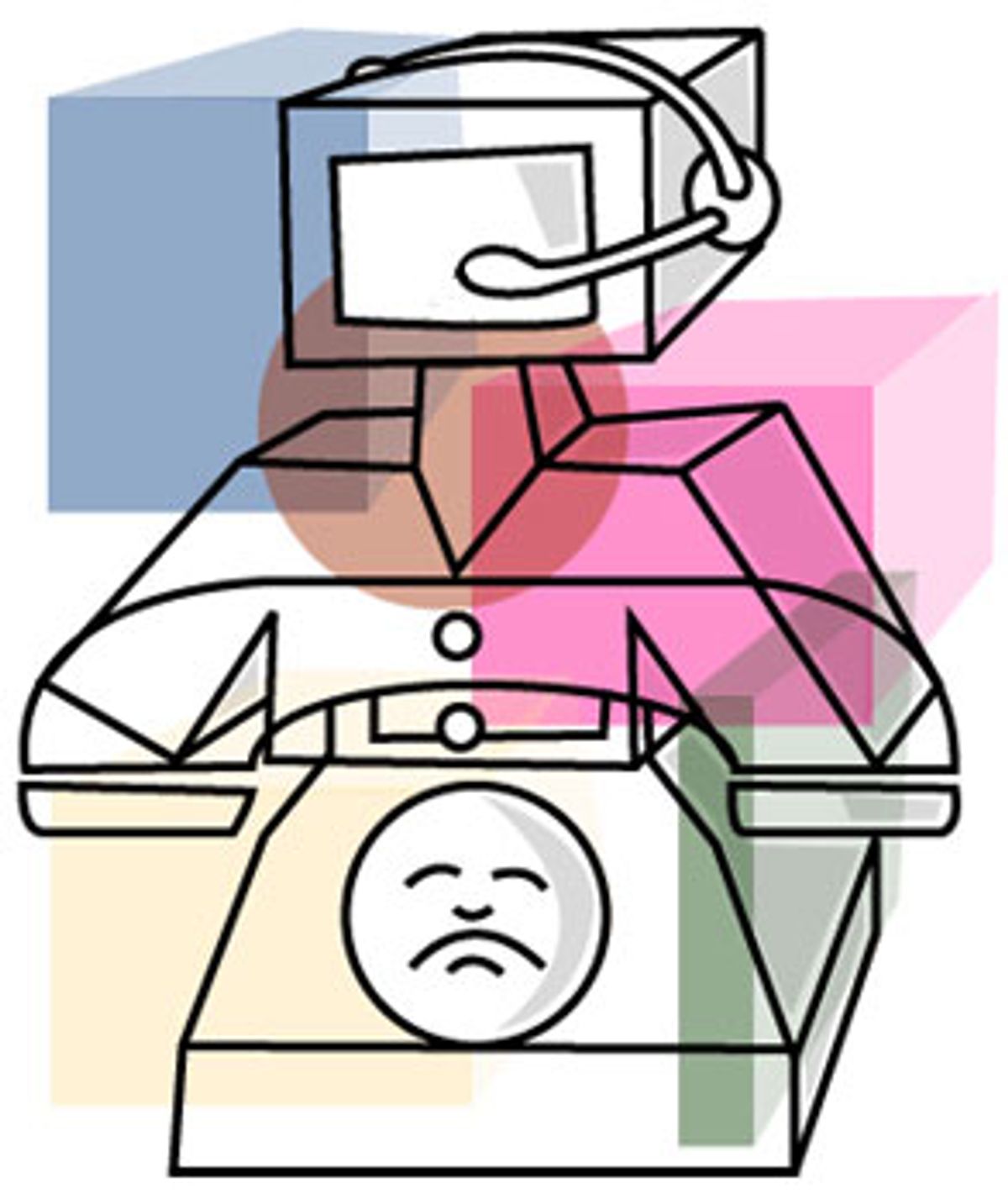 Technology pundits would have us believe that Internet telephony, which enables "free" phone calls for those with broadband and the proper equipment, is going to topple the established phone companies. But the future may not turn out to be so one-sided. Instead, Internet telephony (commonly referred to as VOIP, for "voice over Internet protocol") may represent just another battleground for the usual fights between the Baby Bells, the long-distance telephone companies and the cable companies.

While the outcome is uncertain, Internet telephony, despite its insurgent, revolutionary credentials, stands a good chance of being co-opted by the oligarchy that rules over telecommunications in America.

That the oligarchs of telecom have the power to control free telephony flows from the following:

Telcos will be able to offer their own Internet telephony services and use their resources to take the price hit while they wait out their competitors, much as they appear to have done in the DSL market.

Internet telephony will create even more demand for bandwidth, which will be sold by -- who else? -- telecom and cable companies.

Therefore, the looming battle over Internet telephony won't be between David and Goliath, but between giant cable and telecom companies.

How does this scenario square with frequent claims that Internet telephony will, in the words of new-media analyst Clay Shirky, "bankrupt" the nation's four chief providers of local telephone service -- Bell South, Verizon, Qwest and SBC? The question animates most predictions on the future of Internet telephony. In typical fashion, Shirky asks, "Will these four companies make the transition to Internet telephony, or will the new technology destroy them?"

The specter of annihilation at the hands of a revolutionary technology is a frequent claim. Yet there is a familiar pattern in the history of technology: existing players find ways of co-opting, even killing, menacing innovations. The odds are that the nation's four local telephone providers aren't doomed. They may take a hit as they move into less profitable businesses, or they may not, if their costs decrease significantly because of new technologies. One thing is pretty certain: They won't be wiped out. They will end up more durable and dangerous than the proponents of (free) Internet telephony presume.

In relying on Internet telephony, however, the Verizons of the world are legitimizing an insurgent technology that until recently was hounded by complaints of poor quality. Newer versions of Internet telephony, however, have largely licked the quality problem, and they work more easily with computer systems. As with music downloading, there now exist a variety of do-it-yourself calling programs -- the most notorious being Skype -- that turn a networked computer into a powerful telephone that can make both local and long-distance calls.

The catch, however, is that free telephone service requires a broadband, or high-speed, connection to the Internet. Local telephone companies turn out to be the chief providers of broadband, which means that they can profit from a consumer's switch to Internet telephony. The calls may be free, but the bandwidth isn't.

In managing the pace of adoption of Internet telephony, telcos can expect assistance from regulatory bodies. To be sure, Michael Powell, the FCC's chairman, has been campaigning for Internet telephony to receive an exemption from taxes and other incentives for it to gain ground. But states rely on telcos for a nice chunk of tax revenue and some are eager to impose on providers of Internet telephony the same "responsibilities" that traditional telcos carry. Among these are contributions to a fund for the 911 emergency calling system; emergency service in the event of an electricity blackout; and subsidies to low-income telephone customers.

In February, California announced its intention to open an investigation of Internet telephony providers, raising expectations that the state will begin regulating and taxing the service, which would blunt some of its appeal and set a trend for the rest of America. To undercut the impression that state regulators are coming to their rescue, the Baby Bells are scrambling to welcome Internet telephony.

"The answer isn't to wish that Internet technology will go away," says a senior executive at Verizon. "We must embrace the new technology and deliver a winning value proposition that encourages them to use our service."

But Verizon won't identify the "winning formula" for exploiting Internet telephony, perhaps because it involves taming the insurgent technology. Innovators in the field fear that the Verizons are bent on crushing them. Consider the plight of Vonage, which has gotten a good deal of attention for offering unlimited nationwide calling for a flat fee. At first blush, Vonage seems like death to the Verizons, which have inherently higher costs. But the triumph of Vonage isn't certain.

"We have a two-year lead technologically, and if we stay ahead we can beat them," says Louis Holder, chief of new products at Vonage. But Holder allows that "the telcos have a lot of capital to throw at this. They can lose a lot of money pursuing this" and, in the process, make proponents of free telephony miserable.

For these proponents, of course, the battle with Big Telecom is one front in a wider war on the oligarchies that dominate the world economy. But to the oligarchs themselves that war is a mere sideshow. The real fight is between Big Telecom and Big Cable, with both sides using Internet telephony as a weapon.

Today only about one in five U.S. households has a broadband connection (or about 20 million). But the number is expected to double in the next two or three years, driven by the need for both Big Cable and Big Telecom to move beyond their stagnant core businesses. Cable giants such as Comcast and Time Warner are embracing Internet telephony, rolling out cheap calling plans, not because they favor cheap phone calls but because the technology exists that allows them to batter their telecom competitors.

"What you have is the making of another Internet land race, where everyone is trying to stake out a territory," says Daniel Berninger, an independent analyst in Washington who has been involved in several Internet telephony companies. "The same kind of thing is happening with VOIP." Under the cover of bringing "free" telephony to Americans, "two big industries get an opportunity to battle each other in a new way."

G. Pascal Zachary writes frequently about Africa and is a former foreign correspondent for The Wall Street Journal. He is writing a memoir, to be published by Scribner's, about his marriage to an African, the Nigerian Chizo Okon.