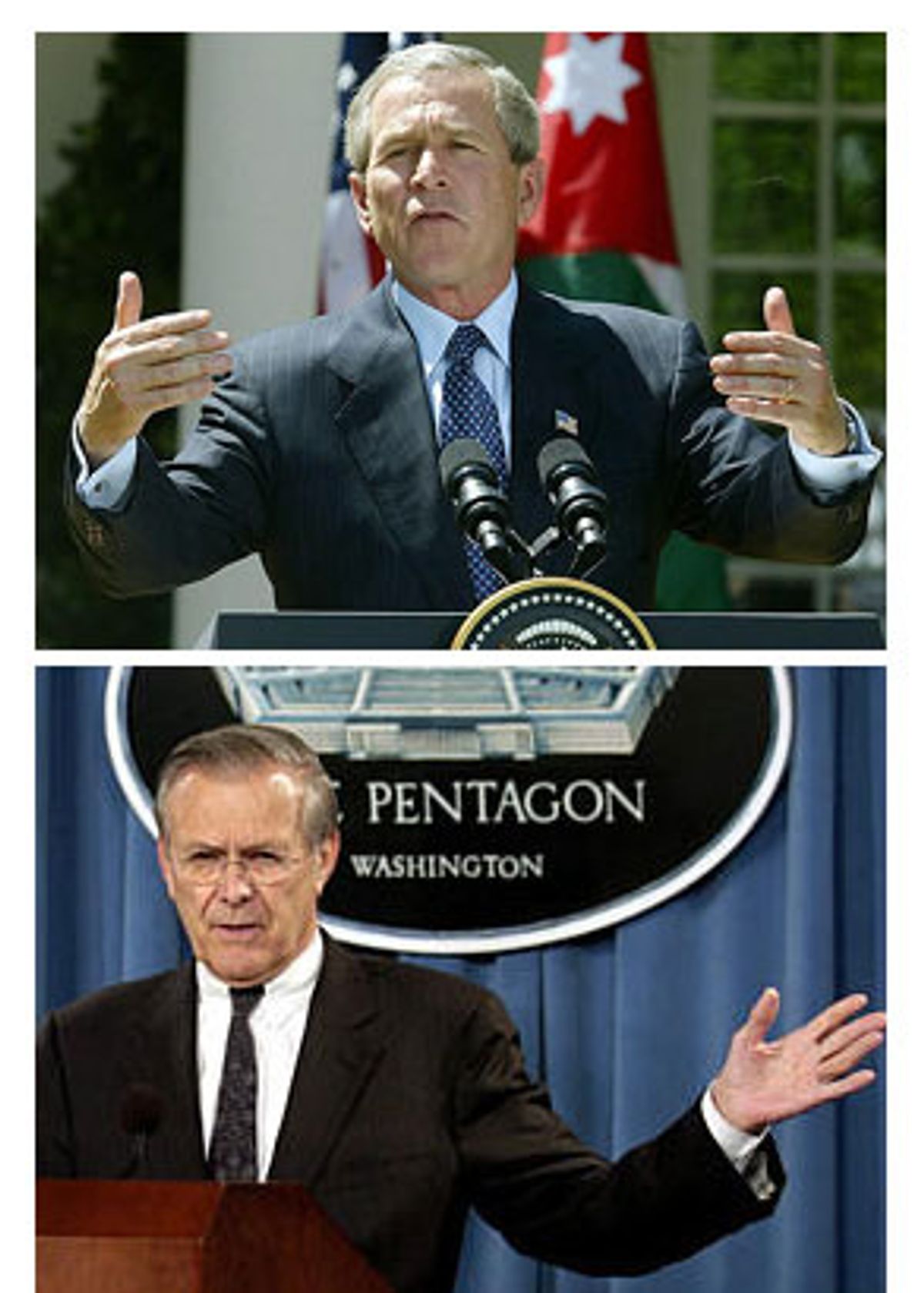 Just when all the pundits are telling you what a great week President Bush has had, you come upon polls that show he's not doing so hot after all. On Thursday, two major polls held some obvious bad news for Bush. In the Wall Street Journal/NBC poll, only 42 percent say they are better off now than four years ago, compared with 33 percent who say they are worse off -- figures that resemble public opinion in the months before Bush's father lost his reelection more than when President Clinton won his second term four years later. And a Gallup poll showed President Bush's job approval rating at its worst ever -- 48 percent disapproval.

War Room asked pollster John Zogby to make sense of the new poll data. The most pressing question on our minds: Just how bad does this look for Bush? Zogby's reply: "By all objective measures, the president's numbers are not good and they are threatening his reelection ... It is enough to suggest that being in the mid-40s (in approval ratings) right now is a danger zone. In my most recent poll, 44 percent say the president deserves to be reelected. Fifty-one percent say it's time for someone new. That's just not good."

Zogby is a bit of a pollster maverick in one respect. Unlike some of his colleagues -- who disagree, he said -- Zogby is seeing an unusually small percentage of undecided voters in his data. In previous presidential election years, as many as 20 percent of voters would still be undecided. Now, several months out, he has undecideds as low as 5 percent.

What that tells Zogby: "The election is Kerry's to lose ... Essentially, historically, undecideds -- the few of them left -- break against the incumbent. They know the incumbent. The challenger's got to prove he's worth it. That's pretty much where we're at. The burden is on Kerry," he said.

But what about the presumptive Democratic nominee's own dim polling data -- like the surveys that show so many Americans still don't know Kerry? Zogby says Kerry is bolstered by numbers that show, for example, more people say they strongly oppose the war than those who strongly support it. But it's up to Kerry to present an alternative for those out there who disagree with Bush's policies. "The danger for Kerry is he doesn't shore up this opposition. He is so wishy-washy on the war, so unclear and nuanced on where he stands," Zogby says.

Our conversation with Zogby took us back to 1980, another close race -- that stopped being close just days before the election. "All of a sudden the dam just burst," Zogby said. "Double-digit inflation, double-digit unemployment, hostages in Iran -- it became a landslide sometime between Sunday and Monday." It begs the question: Could George W. Bush meet the fate of Jimmy Carter? Here's the scenario, Zogby said. "It's Nov. 1. Iraq is going very badly, the war on terror is sort of hanging, the economy still sluggish in the minds of individual voters, no breakthrough on health care or Social Security reform. Those are the things that could cause the dam to burst. Especially the war."